A recently published NIH study of 112 children suggested that some children might possibly outgrow autism. 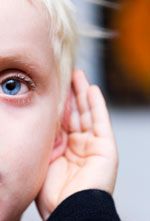 More than half of parents of children with autism spectrum disorder (ASD) give them complementary and alternative treatments (CATs). Aware that many parents are acting with little or no guidance, experts recently reviewed the scientific evidence for 19 CATs.They recommend 3 and listed several others as worthy of a monitored trial.1 Parents may choose CATs because they are concerned about the safety and adverse effects of prescribed medications.2 Another reason can be their desperation.

“Often, parents want to consider anything that might help their child,” said Robert Hendren, DO, Professor and Vice Chair of the Department of Psychiatry at the University of California, San Francisco (UCSF), and one of the review’s coauthors. “Doctors should take them seriously rather than being dismissive and telling them not to consider CATs.” Physicians need to be knowledgeable about CATs, he commented, and be willing to work with families to find scientific and reliable information, and to decide how much risk they want to take and how much money they want to spend.

Nicholas Lofthouse, PhD, lead author of the review and Assistant Clinical Professor of Psychiatry at Ohio State University, warned that “most CATs for ASD should be considered potential or ‘wanna-be’ CATs.”

“Even though such approaches as folic acid, chelation, probiotics, and animal-assisted therapy are called CATs for the sake of clarity,” he said, “without rigorous scientific research, we don’t actually know whether these so-called treatments really are effective for treating autistic symptoms.”

Lofthouse and colleagues1 reviewed 13 orally administered (ingestible) and 6 externally administered (noningestible) CATs for ASD. For each, they described its definition, rationale for use/mechanism, current research support (eg, open-label trials or randomized controlled trials), safety issues, limitations, and future directions. They also applied a clinical guideline and evaluated treatments based on whether they are sensible, easy, inexpensive, and safe.

The authors recommended 3 CATs: melatonin, RDA/RDi multivitamin/mineral, and massage therapy. “There is some good scientific evidence for these, and they also seem sensible, easy, and relatively cheap and safe,” said Lofthouse. Several CATs are worth considering for short, monitored trials, if conventional treatments for ASD and the recommended CATs have been given a reliable trial and have been found ineffective or if patients and parents refused conventional treatments, suggested the authors.

Some CATs reviewed were not recommended, because “they failed to show positive effects across several randomized control trials.” These included auditory integration therapy, facilitated communication, gluten-/casein-free diets, hyperbaric oxygen therapy, and secretin. Because of ethical and safety issues, the authors did not recommend faradic skin shock (electro-aversive therapy) or packing therapy (wrapping a child tightly in cold, wet sheets-with only his head left free-followed by psychiatrically trained staff talking to him about his feelings).

The review authors also mentioned that there was insufficient evidence to evaluate some 55 CATs, such as deep pressure therapy, ketogenic diet, and St John’s wort. Asked why he and others embarked on a review of CATs, Lofthouse cited safety, efficacy, time, money, energy, hope, and research impetus.

“We sometimes give these CATs to kids who are nonverbal and unable to communicate that an intervention is having a positive or negative effect. So we really need to make sure they are safe,” he said. “We also need to ensure they are working above and beyond the placebo effect.”

Another reason, he said, is because patients, parents, and health care providers invest a lot of time, energy, money, and hope in the treatments. Also, study of possible treatments can provide “more information about potential causes of ASD and autism, as well as the mechanism that affects its developmental trajectories.”

When considering CATs for ASD, Lofthouse said he and colleagues support a step-by-step process. “We never recommend that any patients go straight to CATs, although patients and families may want to do so. Instead, we counsel them to consider conventional treatments first, such as medications and applied behavioral analysis.”

While no medications are currently established to treat the core symptoms ASD, the FDA has approved risperidone (Risperdal) and aripiprazole (Abilify) for management of irritability in 5- to 16-year-olds with ASD. Off-label medications are often prescribed for co-occurring behaviors, such as anxiety, agitation, and impulsivity/hyperactivity.

Before initiating trials of orally administered CATs, Lofthouse and colleagues recommend a thorough diagnostic evaluation, including a detailed medical, psychological, developmental, family, treatment and dietary history, physical examination and, as indicated, a complete blood cell count, electrolyte/mineral screen, and possibly a serum lead assessment and EEG. “Blood tests can be very helpful right at the start to identify any deficiencies or excessive amounts of certain vitamins, minerals, and other chemicals that we can try to change,” said Lofthouse. “An EEG may indicate whether neurofeedback can be helpful.”

Hendren shared with Psychiatric Times his perspective on some orally ingested CATs.

“In my practice and based on our literature review, I recommend melatonin for patients,” he said. “Most often melatonin is for kids who are having trouble falling asleep, but it also has some properties that help the body regulate itself, and it may have an immune effect as well, making it worth taking by every patient.”

He starts the dosage at 2 or 3 mg/d and then gradually increases it up to 9 mg/d if necessary for sleep. It can be given 30 minutes before bedtime for its sedating effects, or 2 to 3 hours before bedtime to help reset the body’s sleep clock. Rossignol and Frye,3 he added, published an excellent review and meta-analysis of 35 studies.

Good randomized controlled trials exist, Hendren added, suggesting that omega-3s (eicosapentaenoic acid and docosahexaenoic acid) are helpful in autism. Omega-3s are thought to have a neuroprotective effect and help neurons grow in a healthier way.

At UCSF, Hendren and his team have completed a pilot randomized controlled trial to determine the feasibility and initial safety and efficacy of omega-3 fatty acids (1.3 g/d) for the treatment of hyperactivity in 27 children aged 3 to 8 years with ASD. After 12 weeks, hyperactivity, as measured by the Aberrant Behavior Checklist, improved 2.7 (± 4.8) points in the omega-3 group compared with 0.3 (± 7.2) points in the placebo group (P = .40; effect size = 0.38).4 Currently, Hendren and Steven Bent, MD, Assistant Professor of Medicine at UCSF, are conducting another study involving participants in the interactive Autism Network (http://www.IANresearch.org).

Hendren recommends high-potency vitamins for kids with ASD because some evidence suggests that these children tend to be deficient in certain nutrients. Also, he notes: “There is a lot of evidence that kids with autism have low vitamin D levels, so it is worth checking those levels and possibly giving them 2000 IU/d. Often kids can handle 2000 to 4000 IUs without any adverse effects.”

Currently, Hendren and his UCSF team are conducting an open-label trial to investigate the tolerability of high-dose vitamin D3 supplementation and its possible efficacy in improving the core symptoms of autism, including sociability, eye contact, anger outbursts, and sleep.

In a study funded by Autism Speaks, Hendren and others are also conducting a double-blind placebo-controlled trial of subcutaneous methyl-B12 on metabolic and behavioral measures in children with autism. “We have reported some of our early findings in poster sessions, which suggested a strong trend towards positive outcomes for a subgroup of about one-third of the kids,” he said.

For children with ASD and GI problems, Hendren suggests that probiotics and pancreatic digestive enzymes are worth considering. Hendren and his team are involved in a phase 3 randomized, double-blind, placebo-controlled trial of a pancreatic enzyme to treat core symptoms of autism.

Lofthouse and his team are specifically looking at neurofeedback for ASD. There are only 3 randomized controlled trials and 1 double-blind and 1 single-blind, said Lofthouse. He added that while there are few scientifically rigorous studies on neurofeedback for ASD, “because of the EEG abnormalities associated with ASD, it has a lot of potential.”

A recently published NIH study of 112 children suggested that some children might possibly outgrow autism. Fein and colleagues9 studied 34 children identified as optimal outcome, who had received a diagnosis of autism in early childhood but went on to function as well as other children in their classes; 44 who were “high-functioning”; and 34 who were typically developing children.

The 34 optimal outcome participants “had a clear documented history of ASD, yet no longer met criteria for an ASD as per the Autism Diagnostic Observation Schedule and clinical judgment,” they concluded. Lofthouse commented, “I don’t doubt that some kids can grow out of it. It is a relatively new area and finding.”

“Some of these kids that grew out of autism may have done so because they had really excellent treatment early on,” he added. “At this point we don’t know which kids will outgrow these disorders and which kids won’t. . . . When they are having symptoms that are impairing their lives, the safe bet is to immediately treat them with the best conventional treatments. . . . These kids are moving targets, their brains are constantly developing, so it is important to reassess them periodically to see if their impairments have lessened and whether they still require a particular type and frequency of treatment, regardless of whether it is a CAT, a prescription drug, or other form of therapy.”

Articles in this issue
Switching Antipsychotics: Why, When, and How?
Atheist With a Poet’s Heart
Overdiagnosis: Examine the Assumptions, Anticipate New Bipolar Criteria
Complementary and Alternative Treatments for Autism Spectrum Disorder
Will Choline Supplementation During Pregnancy Play a Role in Schizophrenia Prevention?
The State of the Mental Health System
Clinical Manual of Alzheimer Disease and Other Dementias
The Cognitive Effects of ECT: Tolerability Versus Safety
Introduction: Why Does Psychiatry Need the Humanities?
Shakespeare and Psychiatry: A Personal Meditation
Psychiatry and Art
Related Videos
Related Content