Overdiagnosis of bipolar disorder is an increasing concern, particularly since a widely cited study that indicates a problem with overdiagnosis as well as with the much less publicized parallel finding of 30% underdiagnosis. 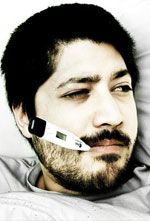 Overdiagnosis of bipolar disorder is an increasing concern, particularly since the widely cited study by Zimmerman and colleagues.1 Findings from that study indicate that there is a problem with overdiagnosis (positive predictive value of only 43%) as well as with the much less publicized parallel finding of 30% underdiagnosis (sensitivity of 70%).

A recent review noted a much lower underdiagnosis rate of 4.8%, which is an inaccurate interpretation of the original data.2 Zimmerman and colleagues themselves allude to the higher figure.3

Will the new criteria in DSM-5 address these varying claims of overdiagnosis and underdiagnosis? After all, concern about overdiagnosis is one of the driving forces behind these debated changes.4 I’ll take up that question in the next essay in this series, suggesting that the new criteria will not significantly improve positive predictive value-the most debated aspect of diagnostic accuracy. But an important step should precede that review of predictive value and specificity, namely, a careful examination of the very concept of overdiagnosis.

Bipolar disorder is like bacterial sepsis or mononucleosis: a patient either has it or he does not. One of the origins of dichotomous diagnosis in psychiatry is bacterial. The discovery that many debilitating illnesses were caused by invasive bacteria was a tremendous medical advance. An illness was present if the offending agent was present and absent if it was not-the first of Koch’s 4 postulates. But this perspective has been carried forward into the realm of mental health, where emerging understanding of phenomenology is not consistent with this black-and-white, yes or no way of thinking.5,6

The DSM’s dichotomous system-mental illnesses are either present or absent-is an accurate model for bipolar disorders. Consider the sheer number of genes and consider the role of environmental variation in modifying gene impact, as seen in the short/long variation of the serotonin transporter gene and depression vulnerability, where an otherwise substantial gene effect is completely overridden by benign up-bringing.7 Imagine the number of combinations of genes and environments possible and imagine the array of phenotypes that would emerge from them?

A DSM-5 committee considered all of these factors in their 2006 discussion of whether to introduce a spectrum approach to diagnosis in the upcoming edition. Virtually everyone involved was in favor of incorporating a “dimensional” approach (as opposed to the current “categorical” approach). Michael First8 wrote a masterful summary of those proceedings. Ironically, at this meeting, the mood disorders subgroup chose to work on the spectrum of depression severity, not the unipolar-bipolar spectrum. That side step leaves the entire “overdiagnosis” debate open, in spite of a new DSM.

The Structured Clinical interview for Diagnosis (SCID) is a valid gold standard. Even if one presumes that bipolar disorder can be regarded as present or absent and that a diagnostic system should operate accordingly, another major assumption remains: the SCID is a realistic gold standard against which to judge clinicians’ diagnoses. Obviously, the only way to judge diagnostic accuracy is to have some means of recognizing whether the illness is truly present. The SCID is accepted in this role, because psychiatry lamentably has little else to replace it. Is it adequate?

Administering the SCID consists of asking questions in a semi-structured fashion. All the SCID does is ensure that all relevant diagnostic questions are asked in a systematic fashion. The trick in using it is to keep the instrument from interfering too much with the patient’s account of his symptoms. At best, interference can be kept to a minimum.

So, why would we uncritically accept the idea that an SCID user who does not know the patient and whose relationship with the patient can only be hampered, not enhanced, by the instrument he is using, generates a more definitive diagnostic impression than a clinician who actually knows the patient? The advantage of the SCID is in its completeness. It does not otherwise enhance the accuracy of data. Those who accept that the study by Zimmerman and colleagues1 demonstrates overdiagnosis are tacitly accepting that a clinician who does not know the patient, wielding an instrument that does not enhance the clinical relationship, is the authority. If the SCID says bipolar disorder is absent while the clinician says it is present, the clinician is wrong.

While I deeply respect the importance of this kind of research, the underlying logic is necessarily simplistic. Therefore, any conclusion of overdiagnosis based on this study is likewise an oversimplification.

Consider a recent study of bipolar screening tests in which the gold standard was instead a 1-year confirmation of the initial diagnosis.9 While not ideal (eg, clinicians were not blind to their initial diagnosis), it has longitudinal validity regarding what the patient “truly has.” Or, consider a study of pediatric mood and attention-deficit diagnoses by Chilakamarri and colleagues10 in which underdiagnosis of bipolar disorder was a far greater problem than overdiagnosis, but which is cited far less frequently than the Zimmerman study.1 Perhaps because there was no SCID for the gold standard-only experienced clinicians?

None of the above considerations diminish the negative impact of an inappropriate diagnosis.8 The effect of potential “grief for the lost healthy self,” akin to the impact of a diagnosis of diabetes, should give pause. Stigma risks are broad, from the impact on the patient’s sense of self, to friendships and intimate relationships, to serious unintended consequences in divorce proceedings or employment. Treatment risks are also broad-certainly beyond those of serotonin reuptake inhibitors. The risk of diluting true bipolar disorders with a fundamentally different disorder is likewise significant, as is the impact through this dilution on our ability to identify appropriate treatments when psychiatry has more targeted options in the future.

In the next essay in this series, I will examine whether the new DSM criteria will significantly address this diagnostic dilemma: can they improve accuracy? That essay will focus on specificity. Can tightening DSM criteria (as DSM-5 attempts to do in 2 important ways) improve on specificity? How much of an improvement in positive predictive value can thus be produced? Will it raise the value of a bipolar diagnosis beyond a coin toss?

3. Phelps J. Underdiagnosis: which test to use? Can J Psychiatry. In press.

Articles in this issue
Switching Antipsychotics: Why, When, and How?
Atheist With a Poet’s Heart
Overdiagnosis: Examine the Assumptions, Anticipate New Bipolar Criteria
Complementary and Alternative Treatments for Autism Spectrum Disorder
Will Choline Supplementation During Pregnancy Play a Role in Schizophrenia Prevention?
The State of the Mental Health System
Clinical Manual of Alzheimer Disease and Other Dementias
The Cognitive Effects of ECT: Tolerability Versus Safety
Introduction: Why Does Psychiatry Need the Humanities?
Shakespeare and Psychiatry: A Personal Meditation
Psychiatry and Art
Related Videos
Related Content