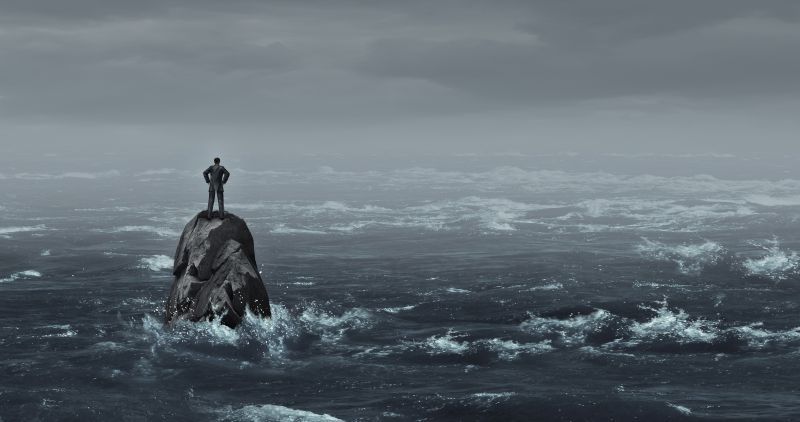 Spare a thought for anyone spending Thanksgiving all alone. A new study1 suggests that isolated individuals may long for company in the same way that hungry children long for that apple pie in the oven.

“People who are forced to be isolated crave social interactions similarly to the way a hungry person craves food,” Rebecca Saxe, a senior author of the study, told the press. “Our finding fits the intuitive idea that positive social interactions are a basic human need, and acute loneliness is an aversive state that motivates people to repair what is lacking, similar to hunger.”2

For the study, Saxe and her co-authors collected 40 participants, individuals aged 18 to 40. The participants underwent a pair of 10-hour test periods. One required a 10-hr fast, and the other required 10 hours of strict social isolation, alone in a windowless room on the campus of the Massachusetts Institute of Technology. After the test periods, the participants were scanned by a magnetic resonance imaging (MRI) scanner and shown pictures of either food or individuals interacting.

“We wanted to see if we could experimentally induce a certain kind of social stress,” Saxe explained to the press. “It’s a stronger intervention of social isolation than anyone had tried before.”2

The researchers focused on the substantia nigra, a structure located in the midbrain and associated with hunger pangs. Sure enough, both fasting and isolated participants showed “craving signals.” The strength of the signal also correlated with the participants reports of how hungry or lonely they felt.

Additionally, participants who reported high levels of satisfaction with their social lives outside of the study experienced higher levels of social hunger. “For people who reported that their lives were really full of satisfying social interaction, this intervention had a bigger effect on their brains and on their self-reports,” Saxe said.2

At the end of the published study, the authors raised the issue of how much “positive social interaction is sufficient to fulfill our social needs and thus eliminate the neural craving response.”1

Whether digital communication alone can satisfy social hunger is an open question, they noted, and an important one.

“In early 2020 millions of humans experienced a sudden, externally mandated period of relative or complete physical isolation from others,” the authors concluded. “This unprecedented upheaval in people’s social routines emphasized the need for a better understanding of human social needs and the neural mechanisms underlying social motivation.”1

What do you think? Are you craving company? Share comments with your colleagues by emailing PTEditor@mmhgroup.com. Comments may be shared online pending review and editing for style.