How can a human being commit such acts without being under the influence of some powerful “alien” force? How can they not be "mentally ill"? Here's how. 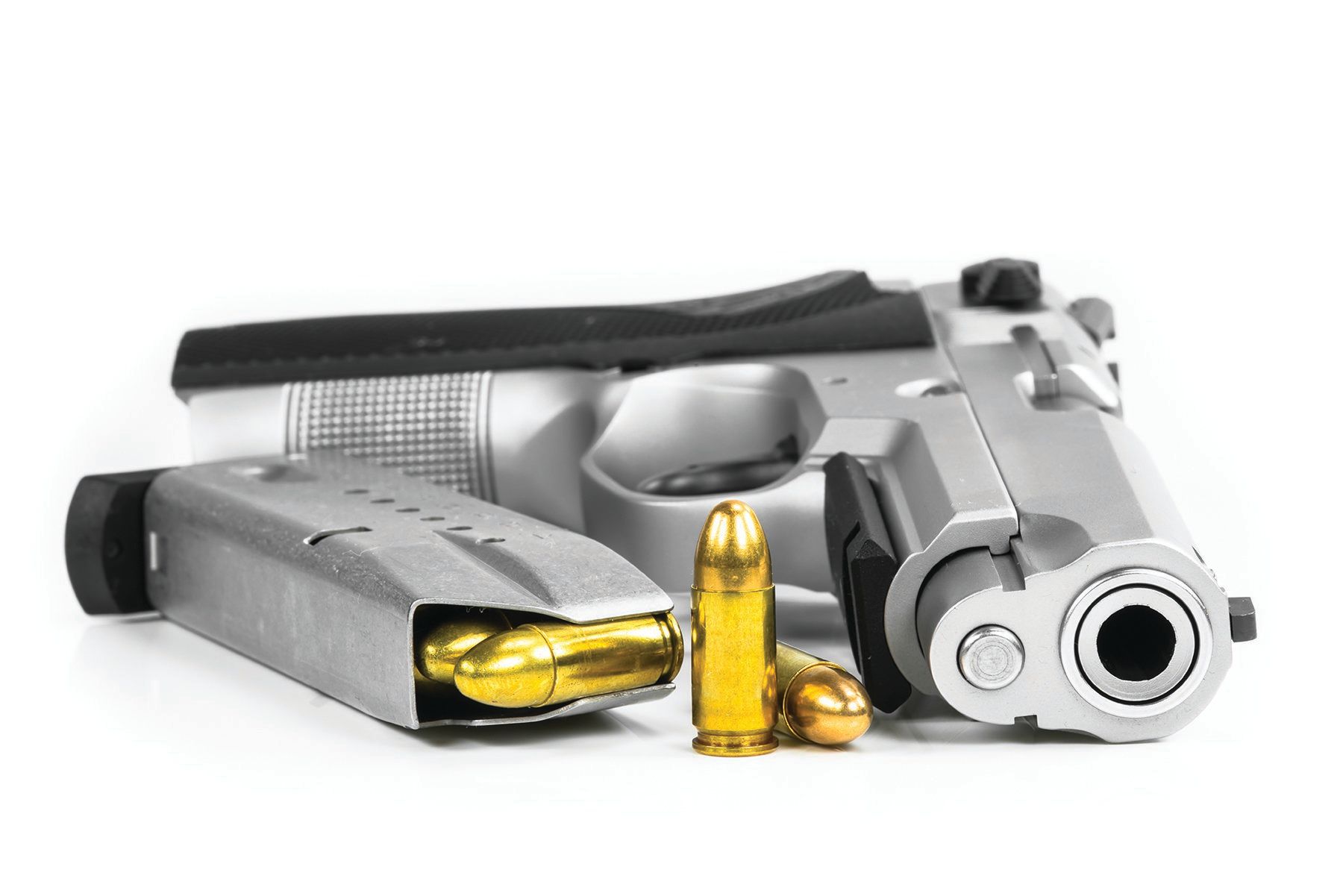 In the wake of the horrific mass public shootings in El Paso and Dayton, the public dialogue has turned to focus more squarely on mental illness. Many are unable to fathom how a human being could commit such acts without being under the influence of some powerful “alien” force.

An example of a recent question posed to us by the media was: “Psychiatrists say that violence and mass killing are not closely linked to mental illness. But can we agree that shooting 20 strangers more or less at random is not normal, rational behavior? So, if it's not ‘mental illness,’ what is it?” Although we typically do not entertain media queries in the wake of these tragedies, this particular question suggested to us an opportunity to begin a more reasonable and open public dialogue about:

• What psychiatrists consider a mental disorder-and what they do not

• How people with and without a mental disorder may be capable of cruel, violent behavior

We understand why questions about mental illness often arise in the wake of these horrific acts of targeted violence. When a violent, sadistic, or bizarre act is carried out, there is a certain comfort obtained by distancing ourselves from the perpetrator. The perpetrator may be easily dismissed as “deranged” or “out of his mind.” Some may employ labels that seem psychiatrically official, such as “delusional,” or “psychotic” to give emphasis to the appearance of certainty. In this way, we protect ourselves from the disturbing notion that, given different circumstances, the horrific act might have been carried out by one of our own children, friends, or neighbors. We understand all of this, and with empathy. But the time for seeking the comfort of an intellectual short cut is long past.

We accept the criticism leveled at psychiatry that we have not done enough to clarify the boundaries of “mental illness.” In our defense, it is a Promethean task of unimaginable complexity. Even our US Supreme Court has acknowledged this in a case dealing with the insanity defense. The Court warned about the potential of mental-disease evidence to “suggest that a defendant suffering from a recognized mental disease lacks cognitive, moral, volitional, or other capacity, when that may not be a sound conclusion at all.”1 Where boundaries are uncertain, it is important to minimize misunderstanding and be aware of limitations. The concept of mental disorder, like many other concepts in medicine and science, lacks a consistent operational definition that covers all situations.2 Keep in mind that even pathologists may disagree, for example, on whether a tissue sample represents true malignancy, or merely “atypical” cells.

To answer the media’s question en pointe immediately confronts us with a problem of definitions. We do not know the meaning or denotation being employed by the media or public when using the term “mental illness,” and thus we begin speaking past or around each other. Do they mean a formally recognized mental disorder specified in DSM-5? Or are they simply referring to a shocking act of cruel violence? If it is being used to mean the latter, or refers to socially deviant behavior (eg, violent revenge, sexual assault, ideologically driven hate) and/or conflicts that are primarily between the individual and society-this would not be considered a “mental disorder” by formal psychiatric standards.3 Forensic psychiatrists and others who study criminal behavior quickly learn in their training that it is a mistake to assume a particular crime flowed from a mental illness, simply because it was horrific, deviant or bizarre. In other words, the heinous nature of a crime does not necessarily entail mental illness-but the “pull” to assume so is often very strong.

It may be more comforting to believe that some “disease of the mind” took over and caused someone to commit an unspeakable act than to recognize that “sane” persons are quite capable of violent and sadistic behavior. Sadly, the ancient problem of homo sapiens choosing to act in a supremely selfish and violent manner has always been with us. Do we advance our understanding by labeling such behavior “mental illness,” and calling for greater scrutiny of “mentally troubled” individuals? As psychiatrists, we think not, even as we acknowledge the problem of untreated psychiatric illness.

Another way of posing the question is to ask-Does immoral, callous, cruel, and supremely selfish behavior constitute a mental illness? These socially deviant traits appear in those with and without mental illness, and are widespread in the general population. Are there some perpetrators suffering from a genuine psychotic disorder who remain mentally organized enough to carry out these attacks? Of course, but they are a minority. To further complicate matters, psychotic individuals can also commit violent acts that were motivated by base emotions (resentment, selfishness, etc.), while their psychotic symptoms may be peripheral or merely coincidental.4

It bears repeating that reliable, clinically-based data or complete psychological autopsies on perpetrators of mass public shootings are very difficult to obtain. That said, some of the best available research on mass public shooters indicates that they often display “rigidness, hostility, or extreme self-centeredness.”5 A recent FBI study found that only 25% of mass shooters had ever had a mental illness diagnosis, and only 3 of these individuals had a diagnosis of a psychotic disorder. The FBI’s cautionary statement in this report is incisive: “. . . formally diagnosed mental illness is not a very specific predictor of violence of any type, let alone targeted violence…. declarations that all active shooters must simply be mentally ill are misleading and unhelpful.”6

Psychiatric and mental health treatment has its limits, and is not traditionally designed to detect and uncover budding violent extremists. It is designed to work together with individuals who are invested in their own mental health and seek to increase their own degrees of freedom in life in a pro-social manner. This is why calls for more mental health laws or alterations in civil commitment laws are likely to be low-yield at best, with respect to preventing mass killing-and stagnating to mental health progress at worst.

Even if psychiatrists were to create a dubious diagnosis called “Mass Shooting Disorder,” it would be utterly useless. The diagnostic criteria for “MSD” would be so broad and nonspecific that “diagnosing” would be meaningless. Similarly, this is why “profiling” does not work for this population. The profiles are too non-specific and lead to so many false positives that it is a pointless endeavor. As chair of a School Safety Task Force’s Threat Assessment Committee, one of us (JLK) can attest to the fact that thousands of young people each day “fit the profile.”7 Further, there are no diagnostic criteria that would allow one to reliably “flag” an individual. Factors such as poor stress tolerance, impulse control problems, substance abuse, hopelessness, desperation, and social isolation also occur in those without mental illness diagnoses.

It is highly unsatisfying to entertain the notion that severe selfishness, resentment and desire for infamy are simply a part of the broad range of human nature. But such traits have been with us since the dawn of our species. This type of psychological turmoil might possibly be helped by mental health professionals, but only with engagement and dedication on the part of a “patient.” Coerced, threatened or unengaged individuals tend to make very poor patients.

To be clear: we do not wish to deny what our colleague, Dr E. Fuller Torrey8 and others have rightly pointed out, that “. . . without treatment, some seriously mentally ill people are at greater risk for violent behavior than the general population.” (Dr Torrey has argued that, “For those who are seriously mentally ill but who, because of their brain disease, are unaware of their illness and refuse treatment, it is sometimes necessary to require them to accept treatment as a condition for living in the community.”8)

Nor are we claiming that psychosis and serious mental illness play no role at all in mass shootings. If we had access to adequate, pre-shooting, clinical and forensic data, we might find that some individuals who go on to become mass shooters do indeed suffer from SMI, or experience psychotic symptoms-though, importantly, this would not prove that the crime itself issued directly from psychosis, rather than from the usual motives such as resentment, vengeance and a desire for infamy.

Editor's note: This article was originally posted on August 19, 2019, and has since been updated.

6. Silver J, Simons A, Craun S. A study of the pre-attack behaviors of active shooters in the United States between 2000 and 2013. US Department of Justice: Federal Bureau of Investigation. June 2018. https://www.fbi.gov/file-repository/pre-attack-behaviors-of-active-shooters-in-us-2000-2013.pdf/view. Accessed August 15, 2019. 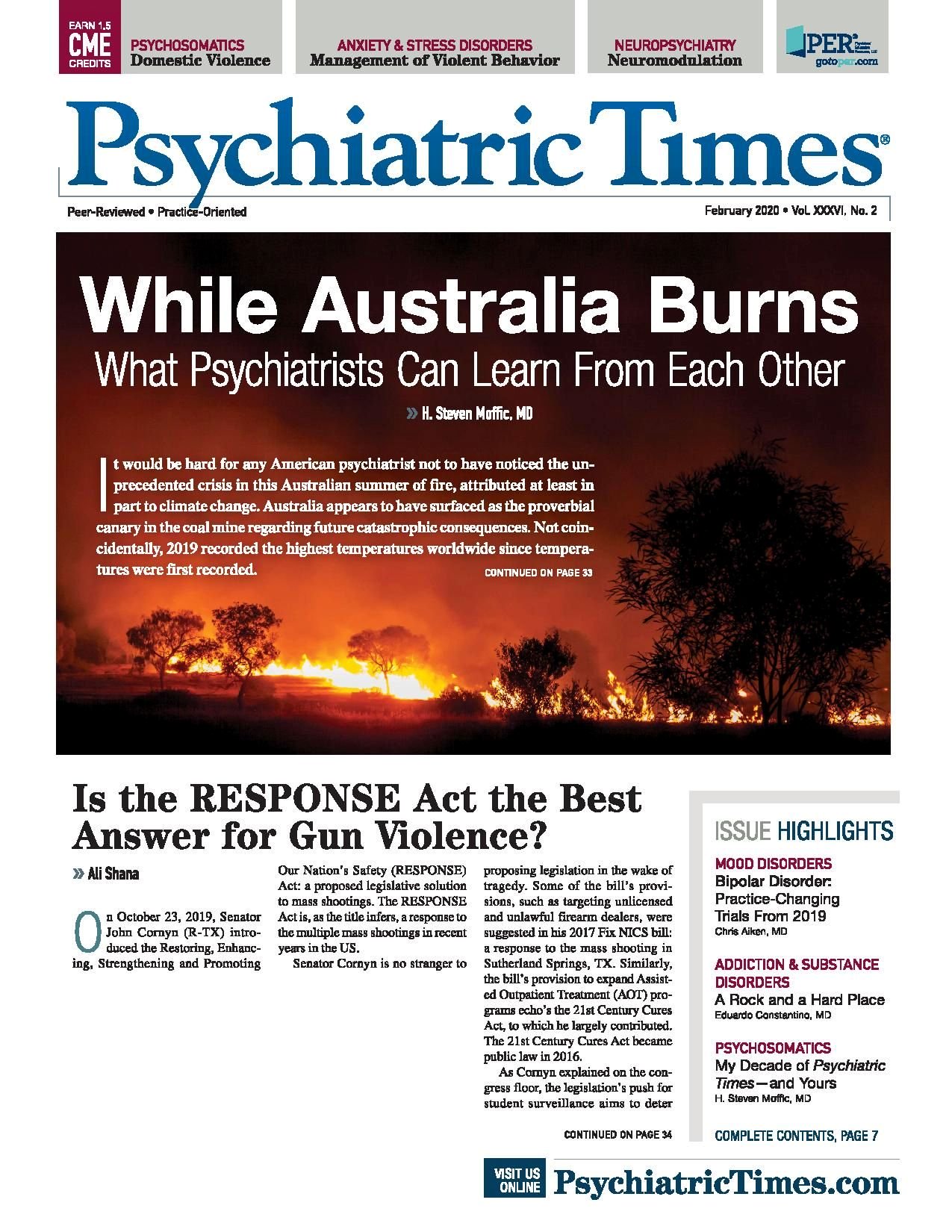 Chaos Theory With a Human Face: Niall McLaren, MBBS, FRANZCP
Introduction: Trauma and Its Psychiatric Consequences
Violent Behavior and Involuntary Commitment: Ethical and Clinical Considerations
Pharmacological Management of Violence and Violent Behavior in Psychiatric Settings
Stroke in Young Adults: The Lasting Effects of Trauma
In This Issue of Psychiatric Times: Vol 37, No 2
The Non-Binary Story and the Rescue of Self: Healing Stories of the Third Kind
The Show Must Go On
Psychiatric Malpractice Grand Rounds: Addiction Psychiatry
The Arms of Ivy Welcome Her
Bipolar Disorder: Practice-Changing Trials from 2019
A Rock and a Hard Place
Neuromodulation Approaches to Mood Disorders
Cruel, Immoral Behavior Is Not Mental Illness
Recognizing and Addressing Domestic Violence: Issues for Psychiatrists
Related Videos
Related Content