Ultimately, the decision about involuntary treatment is about risk, not predictable outcomes. In many cases, however, these decisions are much more difficult and, until our crystal balls arrive, our best efforts may still fall short. 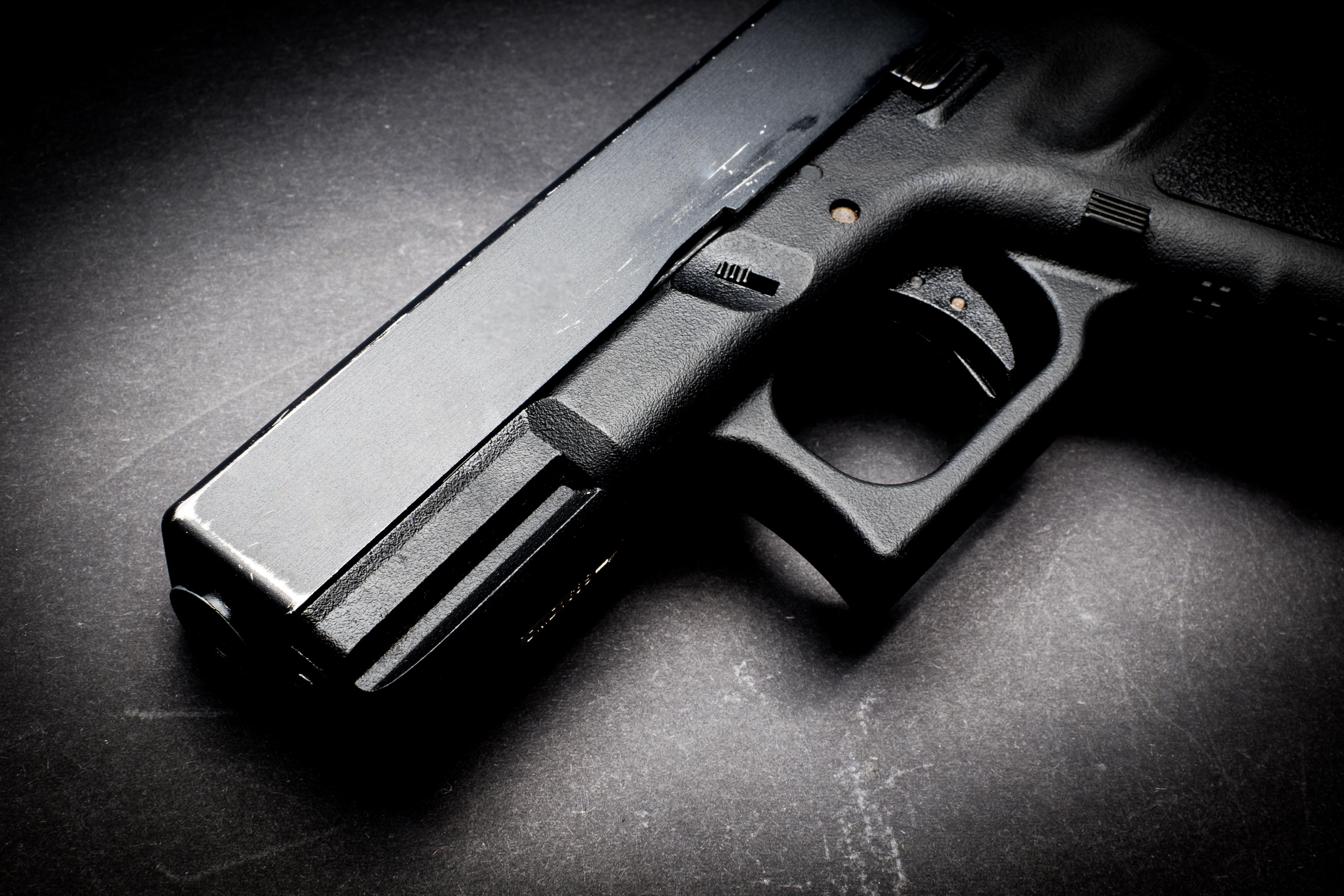 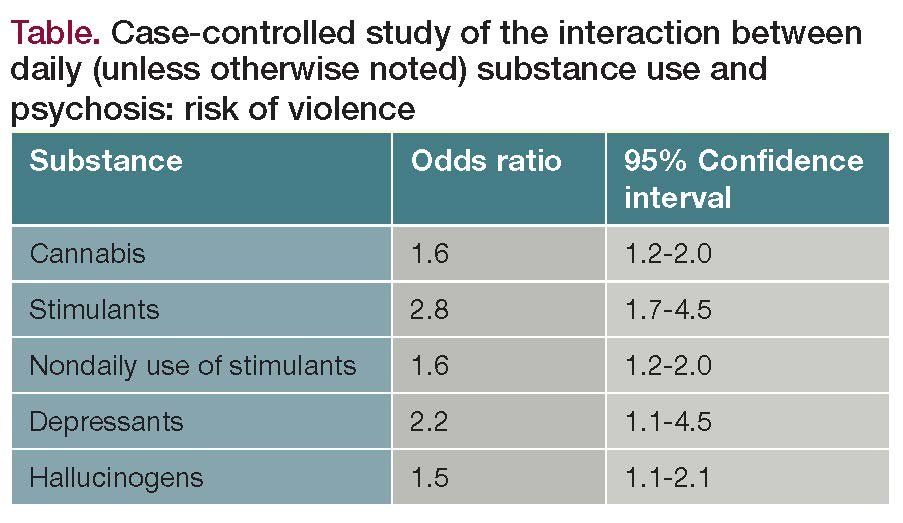 Case-controlled study of the interaction between daily (unless otherwise noted) substance use and psychosis: risk of violence 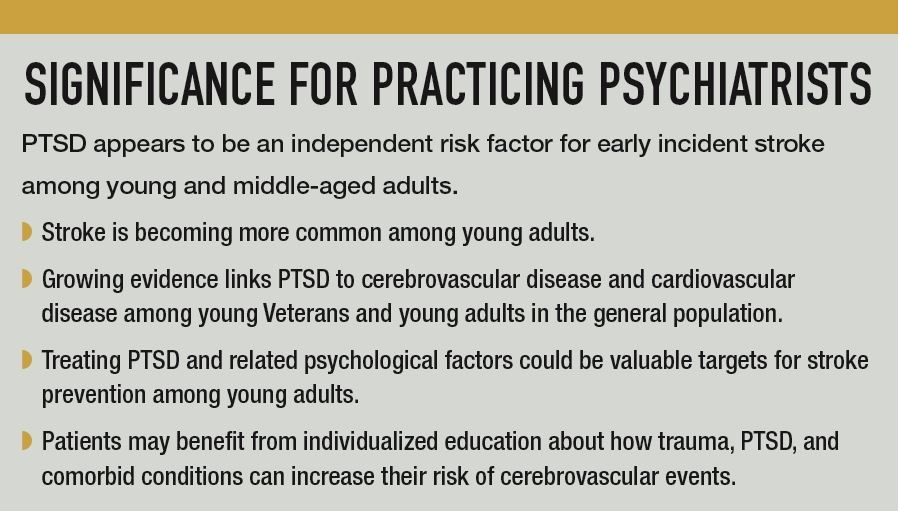 When it comes to involuntary psychiatric treatment as a method for preventing violence, psychiatrists are often left with the thought, “If only we had a crystal ball to predict the future.” While the media is quick to point out when an act of violence is perpetrated by someone with a psychiatric disorder, and the gun rights activists point to mental illness rather than firearms as the cause of mass shootings, the statistics show a less ominous connection.

It is estimated that psychiatric disorders are responsible for 7% to 10% of murders, but the studies behind this estimate are limited. In one study conducted in England and Wales, 9% of the people convicted of murder were given a diminished responsibility verdict, while 7% were sent to hospitals-both dispositions were associated with severe mental disorders.1 A study that looked at 518 people convicted of murder in Indiana revealed that 95 of them had a lifetime history of a mood or psychotic disorder. Of these 95, the most common diagnosis was major depression. The motive for most of the murders was anger or rage; only 6% of the murders committed by those with severe mental illness were attributed to psychosis.2

The landmark MacArthur Violence Risk Assessment study also found that the majority of civilly committed patients were not violent in the year following discharge.3 Involuntary treatment of people with mental disorders does not make sense as a legislated public health measure to prevent violence in the community. Our discussion focuses on the ethical and clinical issues that need to be considered by a psychiatrist in a clinical setting with a patient who may have potential to be violent as a result of a psychiatric disorder.

Sometimes the decision to commit a patient is clear. When a patient with both a history of mental illness and a history of violence limited to those episodes of illness presents with an acute exacerbation of a psychotic disorder and is threatening or agitated-or has perhaps already committed an act of aggression or violence-and is refusing medication and hospitalization, then there may be no other option available. In such cases, patients’ dangerous behavior is a direct result of a psychiatric condition; the priority is to keep everyone safe and to initiate treatment.

If possible, efforts should be made to de-escalate the aggression and engage the patient in the treatment decision. If the immediate danger is too great, however, there may be no choice but to seclude or to restrain a violent patient and to administer medication against a patient’s will. In such cases, there is no need for a crystal ball-the first goal is safety, and preventing distress or trauma from involuntary treatment takes a back seat. In these situations, physicians rely upon the legal principle of in loco parentis to act in the best interests of the patient. Involuntary hospitalization offers protection to the patient as well as any potential victims.

In some cases, the correct course of action is not as clear. During a first psychotic break, violence can be completely unpredictable, particularly in a person with no history of aggression. Early psychotic symptoms can be missed, overlooked, or explained away. In patients who are not psychotic but are threatening, agitated, or actively violent, it may be unclear whether the danger is a direct result of a psychiatric state or a personality vulnerability. Even when a psychotic disorder is obvious, it can be difficult to access either voluntary or involuntary treatment.

While civil commitment may be helpful, involuntary admission can have serious negative consequences. Civil commitment creates a record of care that may haunt a person in the future. A commitment disqualifies patients for legal gun ownership and may result in job loss for law enforcement professionals or those in active military duty. It may also create career obstacles for positions that require a background check or security clearance and for some types of professional licensure. Furthermore, any psychiatric hospitalization can lead to high medical bills for the patient and may be cited as evidence of a pre-existing condition with denial of insurance coverage if the Affordable Care Act is modified or repealed.

The commitment process itself may have psychological and emotional consequences as well as physical risks. Involuntary treatment often begins with a call to the police, and while this usually results in safe transport to the hospital, there are instances where either an officer or the patient has been injured or killed. It is estimated that 25% of the individuals killed by police officers responding to emergency calls suffer from a mental illness.4

Inside treatment facilities, patients who are secluded, physically restrained, or held down by guards and injected with sedating medications experience these procedures as assaults; many do not recall how agitated and dangerous their behavior had been. Patients who are initially calm may become agitated in the setting of unwanted hospital procedures or humiliating policies such as the requirement to remove their clothing, allow blood draws, or to take unwanted medications.

Being required to wait in the emergency department for hours, days, or even weeks may understandably cause an escalation in irritable or aggressive behaviors. Even when physical restraint and seclusion are not necessary, some patients report being traumatized by the loss of their autonomy and the insult of having their mental state questioned.

As a result, some patients may avoid care in the future or prefer criminal incarceration to hospitalization when given the choice. From an ethical perspective, we need to do a better job of understanding what factors lead people to feel injured by a treatment experience and to consider how we might avoid or mitigate the distress our patients experience.

Other factors contribute to violence risk

The clinician faces both an ethical dilemma and a task. The dilemma is to weigh the negatives of involuntary treatment against the hope that hospitalization might start the journey to both better functioning and reality testing, as well as emotional comfort for a person who is very ill. The task is to determine whether there is a substantial risk of violence, and whether that risk is due to a mental illness that can be remedied by involuntary treatment.

The connection between violence and a psychiatric condition may be unclear or non-existent for an individual with a long history of criminal and violent offenses. Hospitalization may resolve a temporary crisis but is unlikely to have a long-term effect on violence risk for a person with severe personality pathology.

Substance use often co-exists with mental illness and is a stronger predictor of violent acts. Lamsma and colleagues5 conducted an international case-controlled study of the interaction between substance use and psychosis. They compared the risk of violence against the use of cannabis, stimulants, depressants, and hallucinogens. The increases were significant for daily use of cannabis; stimulants, depressants, and hallucinogens, as well as non-daily use of stimulants (Table). They found that the risk of violence was increased when patients with psychosis used these substances, even when the use was only sporadic and the patient did not meet criteria for a diagnosis of a substance use disorder.

Although the presence of a psychiatric diagnosis may increase the risk of violence slightly, a careful clinical assessment also involves consideration of stronger risk factors: a history of violent victimization, child abuse, and past violence.6 The use of structured risk assessment instruments can guide this evaluation but are limited in utility. British forensic psychiatrist Seena Fazel, MD, and colleagues7 performed a meta-analysis of 68 international studies to determine the accuracy of the nine most commonly used risk assessment instruments. They found that the instruments were most useful for predicting which patients were safe to discharge rather than to predict future violence. Analysis showed that based on the use of these instruments, two people had to be detained to prevent one violent offense. Conversely, 10 people could be safely discharged for every patient who went on to commit violence.

A risk assessment also involves questions related to the particular patient’s life circumstances. Does the patient have social supports? Does he or she live in a high conflict household? Is the patient actively violent? Does he seem threatening? Does he have the means to carry out acts of violence? Will the patient be able to adhere to an outpatient treatment plan? Is he telling the truth about his history and intentions? Information from outside collaterals is often helpful but not always available.

The biggest challenge for the psychiatrist is assessing both the credibility of the patient and the seriousness of the patient’s violent statements. People may talk casually about wanting to harm others, sometimes as a fantasy or as bravado. They may say one thing, then backtrack and say another, and they may lie about their intentions or their access to firearms.

Also, violence risk is a dynamic problem. A patient who appears to be safe at one moment may be unsafe just a short time later if circumstances change. While the public and legislators may believe that psychiatrists can offer protection from the violent mentally ill, psychiatrists are hard pressed to define who should carry
this label.

Ideally the clinician hopes to convince the patient to agree to voluntary care, but in situations where a patient cannot be convinced to get treatment, commitment should be used as a last resort. While involuntary treatment can be traumatizing, it is better to have a traumatized patient than a dead or incarcerated one. Given that hospitalizations are often very brief, and that the impact of both hospitalization and violence can be permanent, the decision to involuntarily admit a patient tilts in the direction of safety.

Ultimately, the decision about involuntary treatment is about risk, not predictable outcomes. In many cases, however, these decisions are much more difficult and, until our crystal balls arrive, our best efforts may still fall short.

6. Monahan J, Vesselinov R, Robbins PC, Appelbaum PS. Violence to others, violent self-victimization, and violent victimization by others among persons with a mental illness. Psychiat Serv. 2017;68:516-519.