There are people who insist the one-hour change causes havoc on their systems and schedules. Is there any scientific foundation to this claim? Let us examine some common questions, concerns, and myths. 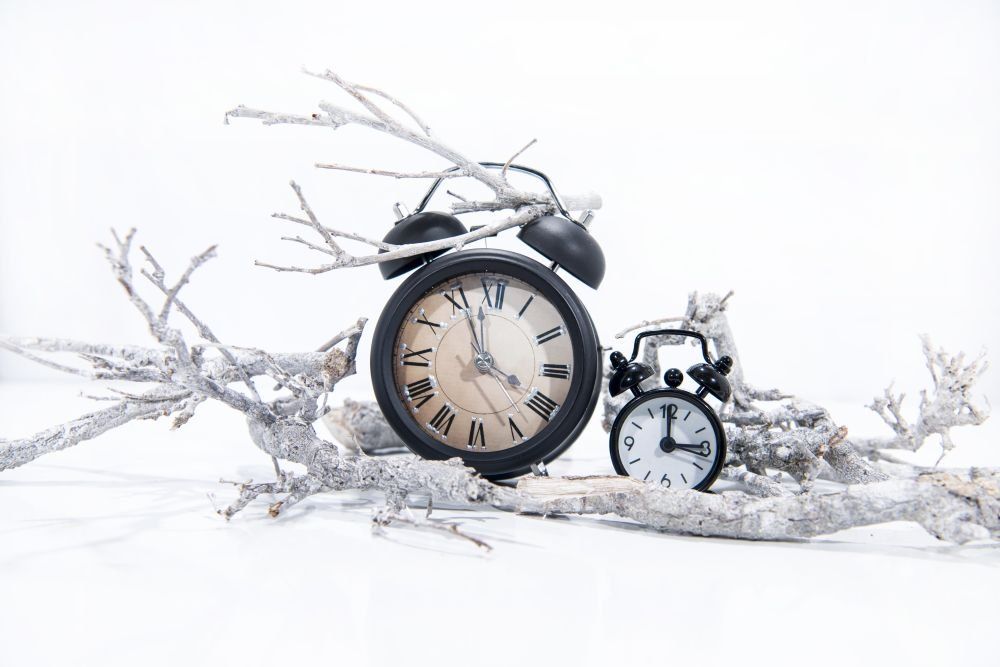 Daylight Savings Time (DST) has become quite a contentious topic in recent years, especially when it comes to the potential negative health impacts associated with the shift. The idea behind DST was first put forward by Benjamin Franklin in 1784 in an essay titled, “An Economical Project for Diminishing the Cost of Light.” DST, however, was not introduced in the US until World War I, when it began as a bid to conserve energy as well as a solution to reduce crime rates (the rational being that longer daylight hours would equate to safer streets). It was met with a significant amount of pushback from the public.

Some states chose to opt out of DST altogether; Hawaii and Arizona, for example, have never observed DST. Others have been trying to follow suit: Florida approved a bill in 2018 to opt out of the biannual time change, and multiple bills have been put forward in the New York state legislature to do the same.

Meanwhile, every spring and autumn, there is much ado about moving our clocks forward and backward as part of the daylight savings time process. Even though the change is just 1 hour in each direction, there are people who insist it causes havoc on their systems and schedules. Is there any scientific foundation to this claim? Let us examine some common questions, concerns, and myths.

1. Does daylight savings time have any real effect on circadian rhythms?

There is no denying that DST unequivocally has an impact on our overall health. The average adult’s total sleep duration shrinks by 15 to 20 minutes during DST transitions. While this may not seem like much, the evidence shows that this seemingly small change has a significant impact on our society in a variety of ways.1 Studies have shown that the rates of motor vehicle accidents increase the day after DST change in the spring when an hour of sleep is lost, and decrease in the fall when an hour of sleep is gained.2 There is also strong evidence that the incidence of acute myocardial infarction increases for a week after DST in the spring and decreases after returning to standard time in the fall.3

When it comes to circadian rhythms specifically, there is also evidence to support that our body clocks are affected by DST. A large survey of more than 55,000 people in Europe found that the timing of sleep on “free” days (ie, weekends) followed the seasonal progression of dawn under standard time, but not under DST.4 This study also concluded that the human circadian system does not adjust to DST, and that adaptation to the change in daylight length was interrupted by the introduction of summertime. In other words, beyond simply losing an hour of sleep, DST causes our circadian system to be out of sync for 8 months of the year.

The impact of DST is more profoundly seen in patients with pre-existing circadian rhythms issues and/or melatonin secretion problems. In our experience, we have found that patients who have previously been diagnosed with circadian rhythm disturbances sometimes find that a “free running” body clock pattern is induced by the hour change associated with DST.

2. What does research show about the impact of the time change and new season on psychiatric disorders?

In terms of the effect of DST on psychiatric disorders specifically, the short answer is that there is currently no definitive answer-the data has been inconsistent.

There has been the suggestion that the DST change may trigger an increase in mood disorder symptoms. This was originally proposed by Harvard researchers based on observations from 5 DST changes over a 2.5-year period.5 A more systematic study that covered 10 years and 20 changes found some years with a pattern of mood disorder symptoms and some years without a consistent pattern.6 Thus, the researchers concluded that there was no concrete relationship.

The aforementioned 10-year study also examined rates of mood disorder admission to all hospitals in the city of Edinburgh, as well as the incidence of suicide in Scotland in relation to DST. Ultimately, no patterns were discerned. The results implied that DST does not trigger psychiatric disturbances.

However, a large-scale study out of Denmark that looked at 185,419 hospital contacts for unipolar depression showed that the transition from summer time to standard time was associated with an 11% increase in the incidence rate of unipolar depressive episodes.7 This effect dissipated over approximately 10 weeks after the time change.

While these findings are inconclusive when it comes to psychiatric illnesses as a whole, there is strong evidence of a link regarding seasonal affective disorder (SAD). Multiple studies have established that decreased daylight length is clearly associated with an increased incidence of SAD.8,9

3. Should clinicians advise patients to change or enhance their sleep hygiene to address possible issues? Is there a way to mitigate any effects from the change?

Theoretically, ensuring that people have an extra hour of sleep in the spring may be helpful, but there is currently little objective evidence in the literature to support this notion. The best advice is simply to make people aware that the change brought on by DST could theoretically impact their mood in the same way travelling across time zones holds the potential for disruptions the body clock.

The caution surrounding the possible impacts of DST on mood should be particularly heightened with patients who have SAD, as noted previously. These patients should try to get to bed an hour earlier to account for the change; there is a possibility that light therapy could be used for patients worried about the DST effects. While the use of bright light therapy in the treatment of SAD is well known, multiple studies have also shown that it can be used as an effective treatment for other circadian rhythm-related issues such as jet lag and shift work disorder. However, its utility in mitigating the effects of DST remains untested and unproven.

4. More and more, states are considering changing the laws and eliminating the time changes. Would this be a good, bad, or indifferent change, from a psychiatric perspective?

In our view, the concerns surrounding DST are primarily from a safety perspective, as opposed to a psychiatric. As mentioned, there is an increase seen in motor vehicle accidents and myocardial infarctions after DST in the spring. A 2012 study out of Michigan State University found that workers sustained an increased amount of workplace injuries on Mondays directly following the DST switch.10 These injuries were also found to be of greater severity, when compared to injuries during non-daylight savings time.

However, there are also safety issues associated with children and adolescents going to school in the dark. Latitude is a very important issue in relation to daylight lengths. For example, in London, day length mid-summer is 16 hours while day length mid-winter is only 8 hours. In Scotland, however, daylight length in mid-summer and mid-winter is 17 hours and 5 hours, respectively. If it is not light outside until 9 or 10 AM in the morning, there is a potential for negative safety consequences for children who go to school early.

It is also true that in very northern territories, there are unusually high rates of suicide, and it has been speculated that this is in part due to the very dramatic change in daylight length.11 Similarly, according to the DSM-5, approximately 7% of all teenagers have phase delay syndrome. These adolescents may have greater difficulties in adjusting their body clocks when compared to their non-delayed peers. This may lead to an increase in depressive symptoms and self-harm behaviors, as there is a 5-fold increase in rates of self-harm in adolescents with phase delay; this self-harm is often completed via more dangerous means.12

5. What else do you want psychiatrists to know about DST?

Whenever any physician hears the phrase circadian rhythm, the hormone melatonin immediately comes to mind. This is particularly relevant during discussions surrounding the effect of DST on our body clocks. In recent years, we have seen an increase in the recommendation and use of over-the-counter melatonin. Psychiatrists, as with many other physicians, have a great inclination to advise those who are experiencing sleep issues to use melatonin, especially in patients who are inclined to request more natural and alternative treatments.

However, there is increasing concern being raised about the effect of melatonin on reproduction, especially regarding its use in children and adolescents. It must be recognized that melatonin is a hormone-no different from insulin or thyroid hormone-and the same amount of caution should be used when prescribing and/or advising patients to take it without proper testing and confirmation of an abnormality. If there is concern regarding delayed or abnormal melatonin secretion, best practices dictate that a Dim-Light Melatonin Onset test (DLMO) be performed prior to initiating melatonin treatment.

Ms Penney is a medical student at McMaster University and staff member and researcher at the International Sleep Clinic, and the Youthdale Child & Adolescent Sleep Centre. Dr Shapiro is Professor of Psychiatry at the University of Toronto, and practices at the Youthdale Child and Adolescent Sleep Centre, the Sleep and Alertness Clinic, and the International Sleep Clinic, Parry Sound, ON.