Do We Need a Decade for the Social?

Many will recall “The Decade of the Brain,” when President George H.W. Bush declared that the 1990s would be dedicated to research on neuroscience. If there were landmark findings from that decade, I’m not sure what they were. 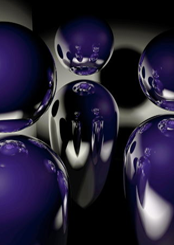 Many will recall “The Decade of the Brain,” when President George H.W. Bush declared that the 1990s would be dedicated to research on neuroscience. If there were landmark findings from that decade, I’m not sure what they were.

Probably less will recall “The Decade of Behavior.” This was the nickname that the American Psychological Association gave for the 2000s. There were 5 major goals: improving health, increasing safety, improving education, increasing prosperity, and promoting democracy. I haven’t been able to find any outcome reports, but it seems obvious that prosperity has decreased for most in the United States, and if the conflict between Democrats and Republican politicians is any indication, maybe promoting this kind of democracy was not such a great goal.

Undaunted, we are now in the beginning years of what has been termed “The Decade of the Mind.” Begun by a group of leading American scientists, it seeks to emphasize the mind beyond the brain within the context of neuroscience and psychology. Complementing that, In May, former 8-term Democratic congressman from Rhode Island, Patrick Kennedy, launched a campaign known as “The Next Frontier, One Mind for the Brain.”

If you’re familiar with the “biopsychosocial” model, it’s obvious what is missing from these decades: the “social.” Physician George Engel developed the biopsychosocial model in 1977, preceding these dedicated decades. It attempted to turn medicine away from a pure biomedical model to include a wider range of relevant variables. Put simply, the bio referred to our body (and brain), the psycho to our psychology (and mind), and the social to the natural and man-made environments around us. By using all 3 references in one term, it implied their overlap and interactions. If one wanted to divide these somewhat artificial categories further, there is general systems theory-and more recently, complexity theory-but such further divisions are practically difficult to keep in clinical mind.

Of all the medical specialties, the biopsychosocial model seemed to fit psychiatry the best, as we historically seemed to pay more attention to all 3 variables. After all, bio reflected the medication and related medical problems, which is why psychiatrists went to medical school; the psychological to the understanding of the psychology of our patients and in providing psychotherapy, innovated by the psychiatrist Sigmund Freud; socially, we knew our work was provided in a social context.

However, despite such a perfect fit, our focus seems to have become as reductionistic as the rest of medicine. In 2005, American Psychiatric Association president, Steven Sharfstein, MD, claimed we were in a bio-bio-bio model, dominated by a “pill and an appointment.” Interestingly, looking back before the last century, psychiatry was mainly a social-social-social model because treatments were limited and the best we could do was to provide a moral and humanistic refuge in the best of asylums.

More recently, the biopsycho part of the model has gained some resurgence as psychiatry tries to reemphasize psychotherapy, especially in the training of new residents. Even though many of us do not do much-or as much-psychotherapy anymore, we often do interact with other disciplines that do psychotherapy. And, of course, even very brief “med checks” are loaded with psychological implications-if we look for them.

About the only place the social is supposed to get our attention is in Axis IV of the DSM. This part of the “Multiaxial Assessment” is designated for “Psychological and Environmental Problems” that may affect the diagnosis, treatment, and prognosis of mental disorders. These include relationship, educational, occupational, and economic problems, as well as problems with access to healthcare services.

Sounds good and important, doesn’t it? Unfortunately, in reviewing the records of my colleagues across the country, and, I’m embarrassed to say, my own records, the problem I’ve noticed with Axis IV is that is addressed quite variably, perfunctorily, and often minimally. This seems so even though there are increasing social problems with access to mental healthcare as a result of fragmentation, economics, and for-profit managed care.

Isn’t it also ironic that the social has been disappearing from our models when it is dominating our technology in terms of “social media”? These new technologies are changing the way we communicate and maybe even how our brains work.

Recommendations
How, then, can we pay more attention to the social variable? One option is to change what this model is called. The conceptual and practical problem with making the “social” the equivalent of the “biological” and “psychological” is that it does not include formal treatment options like the biological and psychological variables do.

Oh, sure, at times we’ve had therapeutic communities when inpatient stays were longer, or the recovery movement led by our consumers, but those “treatments,” if we can call them that, pale before the prominence of medications and psychotherapies. That should make the social less relevant to us clinicians. It is more that what influences how the biological and psychological variables are understood and used depends on the social resources and values. Hence, I would recommend the name change to better reflect how these variables are relevant: reframe it slightly to the “bio-psycho-in the social” model.

Let’s also look to the mental health organizations most devoted to the social. There seems to be a resurgence in the American Association For Social Psychiatry (AASP). The AASP is now revitalizing in recognition of the need. In the works is a Web site, new book, and presentations. In fair disclosure, I was a prior president of the AASP at the end of the last millennium. I also have to confess that I missed the opportunity then to start a decade (or millennium) for the social then. Maybe I’m trying to make amends and relieve my guilt now. Accordingly, this blog is not necessarily presenting the collective views of the current AASP.

Of course, social workers are the largest group of mental health professionals. Historically, social work was a profession devoted to social welfare, change, and justice. In mental heath care, however, they have veered towards providing psychotherapy and administration.

Social psychologists research how social situations influence human behavior. There has been a variable connection with the field of sociology over the years.

Since this bio-psycho-in the social model can only be clinically relevant when clinicians use it, it may need new publicity. In this regard, maybe social psychiatrists, social psychologists, and social workers can lead a coalition to use social media to establish The Decade For The Social. Care to join us?