DSM is a Many-Dimensioned Thing

In a recent issue of Psychiatric News, members of the DSM-5 Task Force reported on the dimensional measures being considered for DSM-5. These take 2 forms: severity scales for individual disorders, and “cross-cutting” measures that cut across disorders. For this brief piece, I will focus on the latter, the more interesting and controversial of the proposed dimensions. 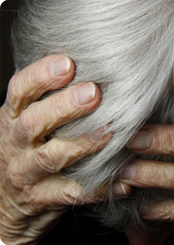 In a recent issue of Psychiatric News,1 members of the DSM-5 Task Force reported on the dimensional measures being considered for DSM-5. These take 2 forms: severity scales for individual disorders, and “cross-cutting” measures that cut across disorders. For this brief piece, I will focus on the latter, the more interesting and controversial of the proposed dimensions. Regarding the “cross-cutting” measures, the authors write that “…some symptoms are relevant to clinical assessment and treatment even if they are not part of the criteria set for the primary disorder the individual has; that is, they cut across diagnostic boundaries, the way that blood pressure or temperature might.”1(p6)

The authors give a long list of items to be assessed in the field trials. The items most frequently mentioned are anxiety and depression. Positive responses to “short form,” level one questions would be followed by further, level two questions. The forms have been developed by an NIH funded program called PROMIS (Patient-Reported Outcomes Measurement System).

In describing the cross-cutting instruments, the authors specify that to be “suitable for general use for most patients in most settings,” the instruments must be useful in clinical practice; brief, simple to read, and simple to evaluate; suitable for completion by the patient or an informant, rather than a clinician, whenever possible; relevant to most patients in most clinical settings; and scored on a 5-point rating scale, with 0 indicating absence of the problem.

Should we welcome these instruments? The first-and most important-criterion listed by the authors is that they “must be useful in clinical practice.” Well, whose practice? For my part, I at least like to think that whatever information the PROMIS instruments are trying to collect in a formal manner, I am already collecting in an informal manner. Adding the formality of forms and scales will definitely require more time, but it’s not obvious to me that it will add more “utility.” Do I need a formal measure, as opposed to my note, to remind me that the patient is more or less depressed than on the last visit?-or, in the terms of the Field Trials protocols, more or less depressed at 4 to 12 weeks after the initial visit?

A careful look at the cross-cutting instruments would suggest that the DSM-5 Study Group has not heeded Dr. First’s advice. Whatever their potential value, the level one and level two instruments are laborious and, by usual standards of time allotted for evaluation, time-consuming. It is difficult to imagine the average working clinician welcoming these instruments as worth the time involved in administering them, or in evaluating patients’ self-administered responses. One obvious response to this objection is the field trials, which will include a group of working clinicians who will provide feedback on the usefulness of the instruments. As valuable as such field trials will be, they are not sufficient. What will really be needed is further empirical research-post-publication-to determine how the instruments are in fact being used by working clinicians not self-selected for the field trials. We have done a poor job of researching the actual use of our diagnostic manuals.4

With respect to the cross-cutting dimensions, there is, finally, a further, troubling issue that will play a role it their use. The issue is that the cross-cutting dimensions are an instrument without a theory. While dimensional measures for specific disorders can claim obvious theoretical support in the fact that most psychiatric conditions exist along a continuum of severity, the only argument offered for the cross-cutting measures is that symptoms such as anxiety and depression, like hypertension, occur across a range of disorders. In the case of hypertension, however, we don’t’ just know that it occurs across a range of medical conditions; we know its physiology and, often, its etiology. We understand why it occurs, say, with a pheochromocytoma.

In contrast, with the cross-cutting measures of anxiety, depression, or-to name another candidate-alcoholism, are we merely sneaking in through the back door the DSM-IV comorbidities whose entrance we are trying to block at the front door? If we have no theory, or explanation, as we do in the case of hypertension, for the co-occurrence of the cross-cutting symptoms with the primary disorder, we may end up with a multidimensional clinician, but one with more dimensions than he or she knows what to do with.