Gender Identity, Bruce Jenner, and Me

A commentary that is both professional and personal in nature, written by a psychiatrist who has helped hundreds of transitioning patients adapt to their external gender appearance and societal expectations. 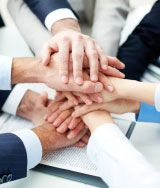 Bruce Jenner is “coming out.” Even before the recent tragic automobile accident in which someone was killed, the change in the 65-year-old’s appearance was becoming obvious.

A stepfather in the famous Kardashian family, Mr Jenner has begun to look more feminine. The tabloid press reports that he told his family that he wanted to be female since the age of 5 and has picked out a name as he further transitions.

My wife told me that Mr Jenner was being discussed at her beauty salon last week, with comments like “poor” Bruce. The word “poor” referred to his appearance, not to his role in the accident. Thankfully, my wife responded educationally by saying he is becoming what he always thought he should be-a woman.

It is understandable that the public would be confused about his apparent gender change. After all, he was an Olympic decathlon champion in 1976, the epitome of male athletic success in the world. Some might wonder how he could have thought he was a woman way back then. If he had already changed his gender identity and appearance, perhaps he would have been a peak female athlete. This is aside from suspicions that some Olympic athletes have secretly made gender changes to some degree, say, from men to women, to give them an advantage over other female athletes.

Professional experience
From 1998 to 2013, I was Medical Director at Pathways Counseling Center in Milwaukee, which specialized in gender identity. Out of that experience, I had written 2 blogs on the subject for Psychiatric Times: “If I Am Not For Myself: The Trials and the Triumphs of the Transgendered” and “LGBT: Tips for Trans-Inclusion in Mental Health.”

Having worked with hundreds of transitioning patients trying to adapt to their external gender appearance and societal expectations, I have found that some boys and men try to be super masculine until that is no longer psychologically possible. The opposite was true for some women, although that was complicated by society’s acceptance of tomboys.

Most of the patients I saw were so much happier after whatever degree of transition they made, even with the societal expectations and medical obstacles that they often encountered. They were the most courageous patients I ever saw, as is Bruce Jenner, most likely.

Personal experience
While appearing on a recent Talk Ten Tuesdays Internet broadcast on health care coding, I publicly and for the first time said that gender identity was a topic of personal importance.

My experience began shortly after writing my first blog on the topic. At that time, a young child in our extended family, started to show preferences for feminine things. That continued. Once we gave him a Superman uniform as a present, but he loudly exclaimed, “No superheroes!” By the age of 4 or 5 years, he started to tell us he was a girl.

On July 13th, 2014, a family member seemed shocked that he was wearing a dress. As the current patriarch of our family, I decided it was time to share this situation and my professional knowledge with my extended family and I wrote them this letter:

You’ve probably heard of the term transgender. It refers to a person who feels that they are a gender different than their birth body. We do not yet know the cause for this discrepancy. Fortunately, there is growing positive media attention and even cover stories on those who have been openly a success, though often after a lot of pain. It is completely different than homosexuality, which is based on sexual activity preference. Sometimes adults cross-dress for sexual excitement or play; that is different, too, and is called transvestism.

I worked for 15 years helping hundreds of patients transition physically to a gender that made them so much happier and made them feel like themselves. Some were even in their 50s and 60s when the transition process started.

We know that children can begin to feel the discrepancy as early as 3 or 4 years old. One of our family’s beloved children feels that way now.

However, in childhood this gender concern can be fluid and a significant percentage do end up feeling positively connected once again to the gender of their body by adolescence. Or they might transition just a bit. A higher percentage go on to continue and make the transition to a partial or full physical extent.

So time will tell for this child. In the meantime, what is most important is to love him unconditionally, which is probably not hard given that he is so loveable. In his presence, try not to make any comments about whether he is a boy or girl, or whether his dress is just a form of play. If and when he decides he wants to be called a girl, do so. Dont’ ask him about his dress unless you want to say how beautiful it is. What is so crucial for children dealing with this concern is that they are supported socially, whether that be in the family, school, or elsewhere.

The update is that this child now wants to be identified as a girl when starting public school. He wore eye shadow at a family party on Valentine’s Day. He wants us to start referring to him as “she” and “her.” He tells us that “I have a girl brain and a boy body.”

The challenge
Even though so-called transgenders are much better understood and accepted in society, the future is still frightening. While the highest paid female CEO in America used to be a male, and another transgender woman, the star of Orange is the New Black, made the June 9, 2014 cover of Time, the transgender teen Leelah Alcorn committed suicide on December 28, 2014. Her suicide note indicated that her parents brought her to “Christian therapists,” who reportedly said that being transgender was “wrong.” As with homosexuality, conversion therapy does not work with transgenders. Psychoanalysis and behavioral therapy have also been tried, generally unsuccessfully.

Why am I telling you all of this? I need your help.

Mental health professionals need to do all we can to educate the public on gender identity. Like homosexuality, it should be removed completely from future revisions of DSM. DSM-IV removed the term gender identity disorder but replaced that with "gender dysphoria." That is better-but not enough.

A medical or surgical diagnosis, which would not be stigmatized, and which would justify insurance coverage of the necessary medical and surgical treatments, would be more medically appropriate.

In many other cultures, transgenders have historically been accepted, and even valued, for having “two spirits.” Some Native American tribes believe such people have special insights and therefore deserve reverence. As such, they can make unique contributions to society, if we let them.

My hope is that normal gender variations will continue to be better accepted in our larger American society. I will do everything I can to make this possible and you, too, can help. Thank you.

Note to readers: As with all of our blogs, the opinions expressed in this commentary are solely those of the author. Comments not followed by full names and academic titles will either be removed or heavily monitored. –Psychiatric Times