Gone But Not Forgotten: Eulogizing Psychiatrists Who Left Us in 2016

Dr. Moffic remembers psychiatrists whose lives provided a model for the wider field of psychiatry in 2016. They are truly "gone but not forgotten." 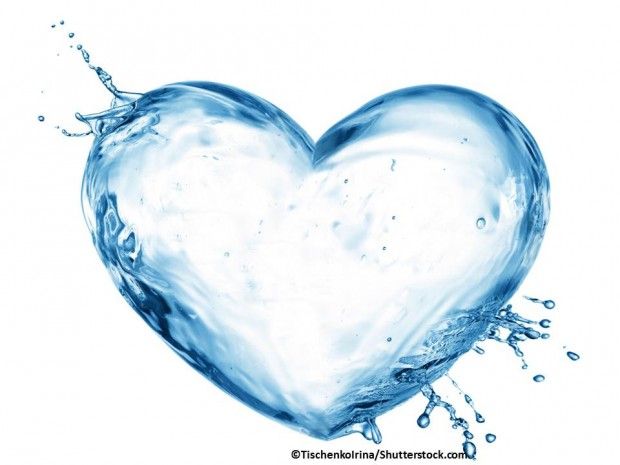 In November, President Obama presented his last Presidential Medal of Freedom. During the ceremony, he remarked how much he liked giving out these awards because each affected him so powerfully and personally in one way or another. This eulogy is the psychiatric parallel to the Presidential Medal for me. I want to eulogize psychiatrists whose lives provide a model for the wider field of psychiatry and what it can do for patients and for the public.

In alphabetical order, here are the lives and models that struck me for 2016. I hope I can do them some justice. If you know of others that should be eulogized, we welcome your comments.

On top of patient care, what we learn in our field can be applied to everyday life. Psychiatrists can perform a range of functions, from establishing therapeutic alliances to psychopharmacology, but by very nature of our vocation, we can have a greater impact outside of work than other professionals. This is true even in retirement. Such seemed to be the case with Dr. Ackerly, who died at the age of 87 on May 23, 2016.

Dr. Ackerly worked in state clinics and later, in private practice. After retirement, he moved near the Appalachian Trail in New Hampshire, where thousands of hikers would trek.

When he first moved there, he put up a sign that offered “Free Water.” Later, the practice evolved to giving out chocolate covered ice cream on a stick, hence his nickname. To make sure that hikers didn’t miss this treat, he set up a painted sign of him holding an ice cream cone and pointing to his home a few yards from the trail.

Not surprisingly, hikers paused to talk to Dr. Ackerly, although it is not clear if they knew he was a psychiatrist. Some stayed for hours. What did they talk about? Only he knew. It could be he didn’t even retire. After all, once a psychiatrist, always a psychiatrist. Obituary

Dr. Wong grew up in Honolulu, Hawaii, where she must have been infused with the Aloha spirit of unconditional love and positive regard for people. She was one of several children of a farmer. However, when she was a teenager, Pearl Harbor (marking its 75th anniversary recently) was bombed, followed by increased racism against anyone thought to be Asian, Japanese, or not. She was Chinese.

She then managed to get to the Mainland and finished training to become a child psychiatrist in Chicago. She opened a practice in her Hyde Park home, close to where I trained at the University of Chicago. If memory serves right, I think I heard of her work in the early 1970s when I first became interested in cultural psychiatry.

She, too, became renowned for her activity outside of private practice. Hers was voluntary consultation for over 20 years to the Chinese American Service League (CASL). There, she helped preschool teachers figure out the reasons for a child’s problematic behavior, especially in relation to family dynamics, and strategized ways to improve it.

A pioneering community and cultural psychiatrist by any other name, she died in her 90s. Obituary.

As one of the great living psychiatrists, Ezra E.H. Griffith, MD, has said, Dr. Pierce always referred to himself as “Chet” to anyone who met or knew him. Dr. Pierce was a mentor to Dr. Griffith, as elaborated on in a book of their dialogue.1

Dr. Pierce was Founding Chair of the Black Psychiatrists of America. As such, he gracefully led the way to examine racism in psychiatry and society, and in the 1970s, he was the first to propose the concept of microaggressions-unintentional (and sometimes intentional) insults toward minorities that occur routinely.

He was adviser to the Children’s Television Network of Sesame Street & Electric Company fame. While in the Navy as a Commander, he became interested in the psychological effects of extreme environments and advised the United States Arctic Research Commission. Fortunately, he documented these interests in multiple publications.

Near the end of his career, Dr. Pierce became Emeritus Professor of Education and Psychiatry at Harvard Medical School. After becoming the first African-American Full Professor at Massachusetts General Hospital, its global psychiatry program was named after him.

Indeed, without any hyperbole, he was not just a former football star athlete and musician, not just an excellent psychiatrist, not just one of the first black psychiatrists-he was a leading global psychiatrist for the world. He died on September 23 at the age of 89. Obituary

4. On the Borderline: Kenneth Silk, MD

Having gone to undergraduate school at the University of Michigan, where I met my wife and solidified my career interest in psychiatry, I often followed what went on in the medical school there. I always wondered where my career would have led if I attended there instead of Yale. At times, I considered joining the faculty.

Unfortunately, he had to retire 2 years ago due to a bone marrow illness. Nevertheless, he still turned his attention to gun violence, joining the local Ann Arbor Physicians for the Prevention of Gun Violence (PPGV).

A Kenneth R. Silk, MD lectureship in psychiatry is planned. Hopefully, the lecturers will reflect how he conveyed ethical concerns with disarming humor. He died on April 18, 2016. Obituary.

It puts one in the place of professional tradition and history when one discovers a colleague from another generation, whose life and career resonates with one’s own. Such was my reaction to hearing of Dr. Storer.

In leafing through, as I am wont to do nowadays, the “In Memoriam” section of the Medical College of Wisconsin (MCW) Magazine, I read about the death of Dr. Storer on August 15, 2016. He was 97.

MCW was the last academic medical center where I worked, so I was connected to his training at MCW’s predecessor, Marquette University. He spent a brief time in the Army in 1950; I spent 2 years in the Army as a psychiatrist from 1975 to 1977. He was a long time prison psychiatrist, from which he retired in 1990; I finished my clinical career working half-time in a state prison.

Not only that, but he seemed connected to my family. My father-in-law also went to medical school at Marquette. Dr. Storer was married for 66 years (Rusti and I are going on our 49th). He died 4 days after his wife died; I wouldn’t be surprised if something like that happened to me. I hope that will wait until I have great-grandchildren; he had 9. Obituary.

“Uhle” is what we psychiatric residents called him at the University of Chicago. I shudder to think of what would have happened to my career had he not been the head of the outpatient department when my one and only patient died by suicide early in my residency in 1972 (I wrote about it in October 2013, in the article “Psychiatry, Religion, and Suicide.”

Uhle was just so supportive and comforting, let alone a master teacher. He even wondered if that patient was too depressed to be triaged to a new resident. I felt like he shared the guilt with me, just as we were bonded in our education at Yale. I was overjoyed when he became a full professor in 1973, and later the Acting Chair of the department.

Of course, Uhle was much, much more than what he did for me. He was an early expert in pharmacology, elected President of the American College of Neuropsychopharmacology.

He reminded me of Chester Pierce, MD. They were both tall, gentle, gracious, thoughtful, intellectual, and productive. He died on June 7 at the age of 88. Obituary.

Dr. Ungerleider was one of the first (and few) pioneering researchers to prove the medical benefits of marijuana. Though he died on September 19 at the age of 85 from complications of Alzheimer Disease, I hope he knew how prescient and confirming his research had become.

In the early 70s and 80s, he ran clinical trials that demonstrated marijuana’s value for patients with glaucoma and chemotherapy. He recommended decriminalizing “pot.” Multiple states now have approved medical and/or recreational marijuana, though he wasn’t necessarily for the latter. Supposedly, once after a lecture, a girl asked for advice for someone who planned to take drugs, including marijuana. “God help you,” was his recalled reply.

Although I was only a brief marijuana taker, my reaction also made me concerned about its adverse effect for some, as I wrote about in “Marijuana, Alcohol . . . and Me.” Though I never tried LSD, Dr. Ungerleider investigated the adverse effects when Timothy Leary and others were advocating for its benefits. He may have coined the term “bad trip.”

His differing conclusions about marijuana and LSD indicated that his statements were based on scientific evidence and not popular or personal opinion. He confirmed that no drug is inherently good or evil.

Moreover, he was more than a scholar. He was a clinician for those with substance abuse and for the homeless. Obituary

Several things strike me about this group of eulogies. They represent a wide array of psychiatric subspecialties and they reflect all aspects of our bio-psycho-social model, a tradition that we are on the risk of losing as we emphasize the biological model. They all seemed gracious and humble. They were scientists and humanitarians.

My regret is that they will no longer be part of psychiatry and society, especially now that our atypical Presidential transition ensues. So many hot-button issues in our Presidential campaign-minorities, incivility, guns, substance abuse, and leadership, among others-were their areas of concern. May we honor these psychiatrists by keeping their professional model and personal manner alive.