How has isolation been used (and misused) in jails and prisons? 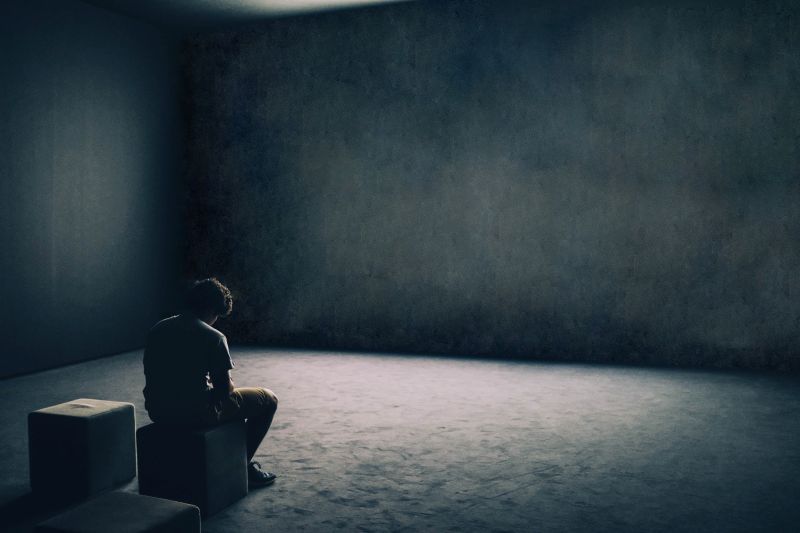 (This is the first part of a 2-part series. The second piece will discuss the issues associated with solitary confinement and its impact on individuals and society as a whole.—Ed.)

I chose psychiatry as a specialty in 1999 because the field promoted a holistic approach to care via the biopsychosocial model. This model, in my eyes, could consider and address the social determinants of health (SDOH) such as poverty, violence, food and housing insecurity, under- and unemployment, poor education, incarceration, language barriers, limited to no access of care, racism, immigration, and discrimination. Along the way, I added to this lens political, spiritual, and ecological dimensions to better capture people’s realities.

I have known from the beginning of my career that recovery treatment involves more than pills. Listening and taking compassionate action for our patients requires partnering with them to address these SDOH elements that contribute to distress and advocating for them as they empower themselves in their recovery. I personally have found that including advocacy in treatment plans has helped me stay focus on the individual needs of each person and enriched my understanding of the complexities of their existence. For our patients, I believe co-advocacy has nurtured hope and solidarity and improved outcomes.

This model in dealing with SDOH became more significant to me while I was working at California’s San Quentin State Prison from 2010 to 2011 and at Pelican Bay State Prison from 2014 to 2016, and then in 2019 as an expert witness for the California Attorney General reviewing conditions and mental health care in 3 private immigrant detention centers in California. I quickly learned that the conditions of confinement exemplified how SDOH were more pronounced in these institutions. Of all the lessons and things I witnessed behind those walls, 1 SDOH that stands out to me above all was a particular housing designation that inside is called the “prison within the prison,” the “hole,” or solitary confinement (SC). SC is an often-neglected preventable risk factor for causing illness and worsening health.

Social and prison reformers in the late 1780s promoted isolation as a humane alternative to existing corporal punishment. They believed that the silence in solitary cells would allow the prisoners to reflect on their transgressions, lead to moral and spiritual reform, and induce penitence. It soon became apparent that this practice was causing more harm, as prisoners were hallucinating; becoming depressed, anxious, panicky, apathetic, agitated, confused, and delusional; and harming themselves. By 1890, this well-intended practice fell out of favor in penal institutions. As incarceration increased and overcrowding bred violence, SC reemerged as an option to manage the volatility within prisons, and its misuse has grown since the 1970s.1

What Exactly is SC?

SC is a form of segregation where incarcerated individuals are separated from the general population for various reasons for 22 to 24 hours a day for periods of days, weeks, months, years, or even decades. One or 2 individuals are locked in a usually windowless, continuously lit, 8-by-10-foot cell. These spaces are usually made of concrete, with a concrete bed, a nonmoveable stool, and a toilet. Metal doors may have thin slits for custody to see through, but give little view out. If custodial staffing is adequate, individuals may be allowed to shower 2 to 3 times a week, and they may get an hour to exercise alone in a cage only slightly bigger than their cell, often exposed to the elements. Meals are eaten in the cell. There is usually no or limited access to educational classes, job training, work, drug treatment, religious services, or rehabilitative programming. Individuals are allowed very limited personal property. Access to medical and mental health care is often more cumbersome. Family visits and calls are limited and only for emergencies, like deaths.

How Many Individuals are Held in SC and for How Long?

Because solitary confinement goes by many different names (eg, security housing units; restricted housing; administrative, protective, or disciplinary segregation; isolation), it has been difficult to say how many individuals are in this highly restrictive placement. According to the Bureau of Justice Statistics, from 2011 to 2012, 20% of individuals in US jails and prisons spent time in SC during their incarceration.2 In November 2016, researchers from Yale Law School and the Association of State Correctional Administrators found that in 48 jurisdictions (including the Federal Bureau of Prisons, 45 states, the District of Columbia, and the Virgin Islands), there were roughly 67,442 individuals in SC, with the percentage of federal and state prison populations ranging from 1 to 28%.3 These numbers do not include all federal and state prisons and jails; juvenile facilities; or immigration and military detention centers. Per the 41 jurisdictions that provided time spent in SC, 29% of the population in SC were there for 1 to 3 months, 29% for 3 to 12 months, 24% for > 1 year, and 11% for >3 years. In some jurisdictions, 5.4% of their population was in SC for > 6 years.3

One of the private immigrant detention facilities I reviewed in 2019 had 32% of its 778 detainees in SC for more than 15 days.4 The vague reason given for the longest duration, 310 days, was for “facility initiated placement,” while another resident got 248 days and counting for “horseplaying.”4 Mr Albert Woodfox spent 43 years in SC (Can you imagine?) in Angola State Prison after he and 2 other Black Panther party members were accused of murdering a prison guard in 1972. His conviction was overturned 3 times, and, in 2015, the courts ordered that he be released immediately at the age of 69.5

In October 2011, the United Nations Special Rapporteur on Torture, Juan E. Mendez, called for an absolute ban on SC lasting more than 15 days: “Considering the severe mental pain or suffering solitary confinement may cause, it can amount to torture or cruel, inhuman, or degrading treatment or punishment when used as a punishment, during pre-trial detention, indefinitely or for a prolonged period, for persons with mental disabilities or juveniles.”6 This is consistent with Rule 43 of the 2015-revised 122 Mandela Rules of The United Nations Standard Minimum Rules on the Treatment of Prisoners, which prohibits both indefinite and prolonged SC (defined as lasting more than 15 days).7

In part 2 of this series, I will discuss the mental and physical health effects on individuals who have been placed in SC, and the impact of SC on both these individuals and society as a whole.

Dr McCall is a psychiatrist in Martinez, California.

3. Aiming to reduce time-in-cell: reports from correctional systems on the numbers of prisoners in restricted housing and on the potential of policy changes to bring about reforms. Association of State Correctional Administrators, The Arthur Liman Public Interest Program, Yale Law School; 2016.