The Heavy Economic Burden of Schizophrenia

It’s not health care expenses that are driving up costs. 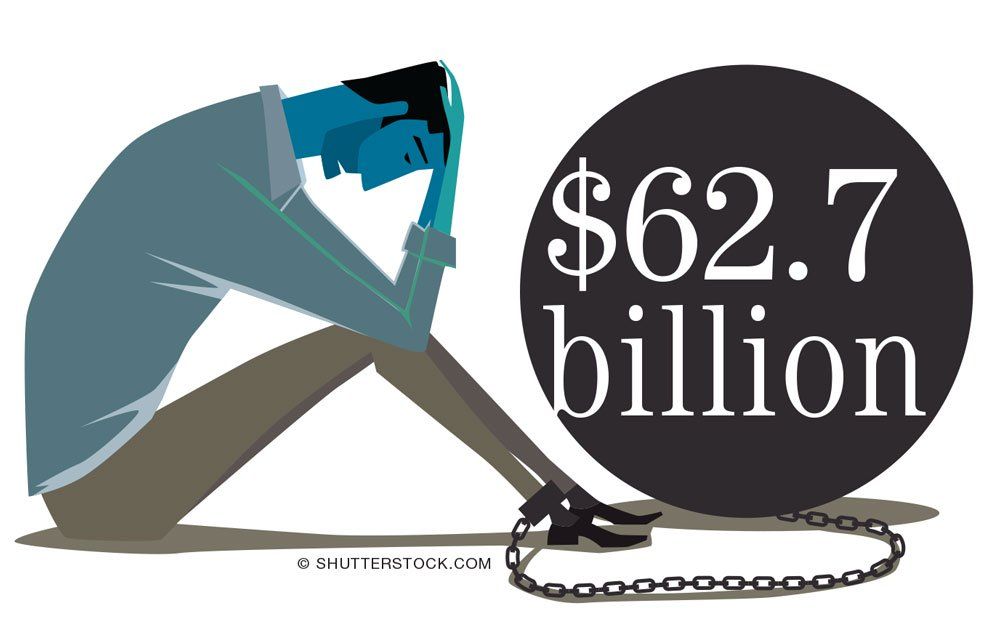 Cloutier and colleagues2 developed an updated estimate of the current US societal economic burden of schizophrenia, both to increase awareness of this disorder and to provide guidance to decision makers regarding allocation of mental health service resources. The authors used a prevalence-based approach to estimate the excess costs attributed to schizophrenia, based on a 1.1% prevalence of schizophrenia and the 2013 US population census data. Excess costs were defined as cost differences between a person who has schizophrenia and one who does not.

Direct healthcare costs were estimated using a retrospective matched cohort design of patients with at least 12 months of continuous enrollment in commercial insurance, Medicare, or Medicaid (total N = 107,191). Patients with a documented diagnosis of schizophrenia (ICD-9 codes 295.xx) were matched with up to 3 patients without schizophrenia with the same age, sex, race, region of residence, health care plan type, and index date year (total N = 314,130). The authors assumed no difference in direct health care costs between uninsured patients with schizophrenia and those without it. Costs included both payer reimbursement and patient out-of-pocket costs.

Direct non–health care costs (eg, law enforcement, homeless shelters, and research and training) were estimated from recent published literature and governmental publications. The authors deducted basic living expenses-using the US national poverty threshold as a proxy-from the total excess costs in patients with schizophrenia. Indirect costs of lost productivity from unemployment, reduced work productivity, premature mortality, and caregiving were also estimated from recent published literature and governmental publications. In addition, the authors performed 4 sensitivity analyses by adjusting (1) the percentage of uninsured patients with schizophrenia, (2) the percentage of patients who are victims of a crime, (3) the annual number of caregiving hours, and (4) the percentage of patients with schizophrenia in regular contact with family caregivers.

The 2013 estimated economic burden of $155.7 billion represents a substantial increase from the 2002 estimate of $62.7 billion. Factors that contribute to this increase include the unemployment rate and an increase in hours devoted to caregiving by family members. The authors note that although MDD is almost 6 times more prevalent than schizophrenia, its economic burden is only 35% higher ($210.5 billion).

Despite its relatively low prevalence, schizophrenia is associated with a substantial economic burden in the US. The direct non–health care costs of law enforcement and incarceration-together with indirect costs of unemployment and caregiving-contribute even more to the societal costs of schizophrenia than direct health care costs.

I am an only child. My father recently retired after teaching high school chemistry for over 40 years. His philosophy, that he should be the “guide on the side, not the sage on the stage,” is something that I’ve adopted in my work with medical students and residents. Although I long aspired to a career in medicine, I majored in math and minored in music/piano in college. These were subjects I enjoyed immensely, but I knew I would not have the opportunity to formally study them again.

[[{"type":"media","view_mode":"media_crop","fid":"53713","attributes":{"alt":"","class":"media-image media-image-right","id":"media_crop_3775097545882","media_crop_h":"0","media_crop_image_style":"-1","media_crop_instance":"6725","media_crop_rotate":"0","media_crop_scale_h":"125","media_crop_scale_w":"89","media_crop_w":"0","media_crop_x":"0","media_crop_y":"0","style":"float: right;","title":"","typeof":"foaf:Image"}}]]My interest in immunological contributions to illness began at age 12 when my mother was diagnosed with an autoimmune disease of unclear etiology. She died from complications of this illness during my second year of medical school. My father and I grieved by taking a month-long, coast-to-coast road trip-about 20 states and 8000 miles-visiting many national parks and historic sites in this great nation. My mother’s death has had a lasting influence on my practice of medicine; personal experience on the patient/family side of chronic illness fuels my empathy for those whom I serve. Equally influential to my career has been my Catholic faith; I view being a physician as my vocation.

My amazing wife and I have been married for 13 years. We have 4 wonderful children, ages 11, 8, and 6 years and 19 months. They are truly life’s greatest blessings, and our lives right now are joyful chaos. When I’m not at work, life centers on my family-taking kids to events; helping with homework, housework, and bedtime routines; and playing lots of Legos, chess, and other games. Running is my hobby and outlet. I run to stay in shape (and, honestly, because I like to eat). I’ve finished a handful of half-marathons and one full-marathon.

This article was originally posted on 8/5/2016 and has since been updated.

Dr Miller is Associate Professor in the Department of Psychiatry at Augusta University in Augusta, GA, and Schizophrenia Section Editor for Psychiatric Times. He reports no conflicts of interest concerning the subject matter of this article.