How to End a Psychiatric Epidemic: The Redemption of Psychiatry

In light of our problems and uncertainties about the state of current psychiatry, or perhaps because of them, what might describe good psychiatry? Following are some suggestions for what we, as psychiatrists, can do. 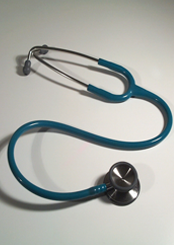 You’re very well read
It’s well known
But something is happening here
And you don’t know what it is
Do you, Mister Jones?
-Bob Dylan, Ballad of a Thin Man

I had a dream. It went something like this:

It was the night between Halloween and the Mexican Day of the Dead. The Reichstag in Berlin had a sign: Willkommen, and something about psychiatry. Although I took German in high school, my German was a little rusty. I seemed to be looking around for my childhood friend who was now stationed in Germany with his wife. Outside were protestors dressed in black coats with curled up ties, chanting “take your pills!” or was it “psychiatry kills”? Suddenly, I was inside and Freud was introducing the new Museum of Psychiatry. Then, his face seemed to melt like a Dali painting into that of Homer Simpson, and the book he was clutching, The Interpretation of Dreams, turned into Whitaker’s Anatomy of an Epidemic: Magic Bullets, Psychiatric Drugs, and the Astonishing Rise of Mental Illness in America. Out of the words, a big bubble emerged that took the shape of a pill. The crowd started to scream just like in the Munch painting, but all I could hear were the blaring sirens. Suddenly, a man in a black cape who looked like Zorro (except it was spelled Sorro) burst in. He punctured the pill-like bubble and it burst open like a piata, and out spilled sugar candy skulls.

I awoke. Here is one interpretation. Nowadays, many psychiatrists must feel like Mr Jones (or with poetic license for our profession, Dr Jones) as in the Ballad of a Thin Man. Thin, indeed, we seem to be. Our profession is unsettled-a few examples:

• There is concern because of the low number of medical students-especially US medical school graduates-who want to go into psychiatry; the psychiatric workforce is aging and there may not be enough replacements
• We are increasingly pressured to do more in less time for less reimbursement since for-profit managed care has taken control1
• The Lancet claims that psychiatry has an identity crisis2
• There are questions of whether a placebo for mild depression is as effective as the many antidepressants being prescribed3; psychiatric leaders indirectly confirm such questions by calling a summit to advocate for medications that would be different from the recent “me-too” drugs
• Despite continuing questions about medication efficacy, non-physicians want to have prescribing privileges
• Primary care clinicians now write the majority of psychiatric prescriptions4
• Psychotherapy is not a holy grail, with its bewildering number of methods that are often untested and that frequently require little training5
• Criticism by consumer groups and by Scientology seems to be increasing6
• Our upcoming DSM-5, rather than being greeted with garlands for advances in psychiatric diagnosis, has been met by storm winds of criticism

Whitaker’s warning
Some of the most unsettling and influential condemnation is found in a book by Robert Whitaker.7 Mr Whitaker has little quarrel with the appropriate short-term use of psychiatric medication, but he does have major concerns about long-term use and related issues in psychiatry. Read the book but try to avoid reactive denial, because what he says may feel threatening to your self-esteem, ideals, and career. Following are some of Whitaker’s key themes:

• Psychiatric disability has increased concomitantly with the increase in psychotropic prescriptions
• Long-term medications may be unnecessary for many patients, including subgroups of patients who have schizophrenia; in some cases, drugs may make the illness worse
• Withdrawal symptoms may be worse than previously thought, especially when medications are suddenly stopped
• Medications may cause-rather than correct-a chemical imbalance in the brain
• Psychiatric thought leaders have been unduly influenced by large incentives from pharmaceutical companies, and these relationships have not been adequately disclosed
• Premature or inaccurate diagnosis can lead to medication treatments that can precipitate a more severe disorder (eg, mistaking ADHD or unipolar depression for bipolar disorder)

Not surprisingly, reactions have been emotional and mixed. There is room for concern, but most likely not as much as Mr Whitaker claims. Certainly, rising rates of disability may be caused by other factors: economic, social, cultural, and political issues and, most significantly, escalating alcohol and drug abuse. Not only could most of Mr Whitaker’s concerns not be disproved by the studies he cites, but the necessary studies to disprove his theories may be almost impossible to do: a large naturalistic study would be needed to follow and compare a cohort of patients taking various psychiatric medications for many years.

We are most influenced by our own practices. When we are asked about justification for treatment, invariably the answer is that it is based on our own experiences.1 In my practice, many patients do well with a simple antidepressant, antipsychotic, or mood stabilizer for years and years, with or without psychotherapy. In some, the medication seems to stop working well after years for no apparent reason. Other patients are treatment-resistant and we try a variety of medications, sometimes in combination, but the symptoms never fully remit. Some patients have very strong and unexpected withdrawal symptoms; others, don’t have any withdrawal symptoms, even though I expect them.

At this point, I’m not sure that there really is an epidemic of psychiatric disorders. The unreliability of epidemiological studies and changing diagnostic categories necessitate uncertainty. What clearly seems more like an epidemic, other than the epidemic number of administrators now in our field, is the often vitriolic criticism, toward psychiatry and psychiatrists.8

If we are still unsettled, what do we do? Somewhat tongue in cheek, I'd reframe the title of Mr Whitaker's book to something like Whitaker's Warning, Wallace's Wisdom, and the Possible Redemption of Psychiatry in America, and suggest that a confident humbleness may be the necessary antidote. We’ve been wrong many times in the past-this may be because of the state of the knowledge base or our desire, often desperate, to help in any way possible. Remember lobotomies? Cold mothers blamed for their child’s autism? The broad application of psychoanalysis to societal problems? Even Robert Spitzer, MD, chief developer of DSM-III and called by some the psychiatrist of our time, recommended reparative psychotherapy for homosexuality in 2003. Dr Spitzer recently apologized and recanted his arguments.9 Before psychiatry, “treatment of homosexuality” consisted of blood-letting, exorcism, burning at the stake, and various snake oils (some harmless, some very harmful).

Wallace’s wisdom
Mike Wallace, the investigative journalist who died recently, had publicly talked about his periodic depressions and suicide attempt. Despite his suffering, his mental health improved and he went on reporting until very late in life. When asked what he would recommend to others who are depressed and suicidal, he unflinchingly said, “find a good psychiatrist.” He did not say find any psychiatrist, but rather a good one. I don’t know whether Mr Wallace ever read Mr Whitaker’s book. I wish he had and had reported on it. But Mr Wallace was not wrong about much once he completed his investigation. I conclude that he was right about his recommendation for a good psychiatrist.

But how do you become a good psychiatrist-and how does a would-be patient find one?

The redemption of psychiatry in America
What might describe good psychiatry? Here are some suggestions for what we, as psychiatrists, can do:

• Play a larger role in primary care clinics (eg, provide more accurate psychiatric diagnoses, optimize psychiatric treatment, address medication adverse effects, assess patients for suicide risk); conversely, make sure that patients in psychiatric care settings receive good medical care10
• Re-embrace the biopsychosocial model developed by the internist George Engle, and perhaps expand it to a biopsychosocial spiritual model; attention to the spiritual may improve outcomes, even in patients with Alzheimer disease11,12
• Work to improve mental health and well-being to prevent psychiatric disorders, even if this effort makes some of us obsolete13,14
• Create a practice in which health care and business coexist-the patient is always the first priority but cost-effectiveness needs to take second place15
• Be vocal in your efforts to educate the public about the so-called epidemic of psychiatric disorders and how they can contribute to improved mental health by advocating for adequate funding of mental health care

I’ve learned much from Mr Whitaker’s book. I hope you have, or will, too. Ignoring his findings may prolong whatever epidemics are occurring. The stakes are very high. If we ignore or dismiss our critics and they turn out to be right, we may inadvertently cause more (ethical) harm. When the critics are wrong and we don’t challenge them, then patients will suffer by avoiding necessary, sometimes lifesaving, treatment.

Sleep on it. Sweet dreams.

This article was inspired by Dr Moffic’s participation in the Administration and Leadership Committee of the Group for the Advancement of Psychiatry (GAP). He is a regular blogger on www.psychiatrictimes.com.