How Frame Analysis Can Guide the Therapeutic Process

Frame analysis can not only help us to discern the roots of such standoffs but also to conceptualize specific ways of addressing the conflicts in therapeutic language with the patient, with the goal of forging an integrated approach to treatment. 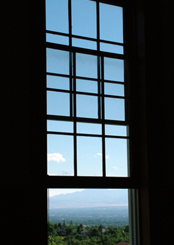 "What should I say now?” is something that we all weigh as we talk with our patients. Often, the advice about what to say reflects a particular theoretical outlook (eg, “Address dysfunctional emotions, behaviors, and cognitions,” or “Adapt the degree of emphasis on transference interpretation to the specific type and focus of therapy”).1 More simply, the advice is to empathize with and to elicit feelings (“Go where the affect is”). Whatever theoretical view we might take, the challenge is to relate what we say to a concept of what is going on in the conversation at the time, and where we think the conversation might go after we say it. Key guidance with this can be provided by the concept of “frame.”

We are familiar with the idea of the “framework of therapy,” which refers to the arrangements and understanding that are “contracted” between therapist and patient at the initiation of psychotherapy.2 However, the concept of frame discussed here comes from sociology and linguistics. It is “built up” from such elements as roles, tasks, culture, and the interpersonal setting, as well as from individual perspective.3(p8-11)

In linguistics, the concept of frame initially derived from efforts to explain the cognitive mechanisms by which we interpret ambiguous language: it is defined as a “schema” or as a “structure of expectation.”4 A simple example is the question, “How are you?” In a psychiatric interview the frame of this query would be one of clinical examination that establishes the expectation of a non-casual reply. A very different interpretation and response is expected if you encounter an acquaintance.

How might the concept of frame help us with psychiatric communication? The task of identifying a frame requires us to identify the multiple social and subjective elements that comprise “What is it that’s going on here?” This helps us to dissect the elements of a discourse, therapeutic or otherwise, by identifying the multiple frames that may exist concurrently, concordantly, or in conflict with each other. This applies particularly to our work as psychiatrists because our therapeutic frame necessarily conflicts with the patient’s maladaptive frame.

The usefulness of the frame concept to us, then, lies in how it helps us to arrive at an integrated view of the therapeutic conversation, and how it can suggest ways to negotiate frame conflict. Multiple frames exist concurrently, and they may be concordant or they may be in conflict. In any conversation, we may observe the presence of multiple frames, the cueing of frames by language, frames in conflict, and successful or unsuccessful efforts to negotiate frames.

Let us consider a clinical example to illustrate a conflict in frames and negotiation through reframing. Frank, a 22-year-old man, has been treated for substance abuse, oppositional behavior, and abusive behavior toward women. He is being discharged in two days.

Frank: I’m afraid I’ll sabotage myself, go right back to using drugs and screwing up.

Psychiatrist: Well, the good news is that you are insightful about this. As long as you are aware of it, you won’t.

Frank: I’m worried about going back to old patterns of behavior . . . messing up . . . I really know only the old me.

Psychiatrist: I don’t think it’s fair to say you’re messing up. That’s not all of you . . . You are insightful about it. You know you will get caught. Maybe you are sticking it to your family, maybe to react.

Psychiatrist: It sounds like you are trying to get the reactions.

This dialogue appears to end in a standoff, with the patient insistently repeating his worries and the psychiatrist repeatedly appealing to his insight: the speakers are “not on the same wavelength.” The patient’s insistent repetition of his worries, in his frame, indicates that the standoff will not yield solely to more suggestions about utilizing insight. Frame analysis can suggest an integrative response to the apparent standoff-a way to negotiate with the patient about how to address his concerns. The first step would be to identify the conflicting frames. The second would be to reframe in a manner that integrates both of these frames, so that psychiatrist and patient have something to work with. The psychiatrist’s frame might be “the preventive value of insight,” while the patient’s frame might be “the potency of old patterns of bad behavior.”

“What is it that’s going on here?” reaches beyond what is referenced within the dialogue itself. Much is implied. It includes the patient’s treatment while in the hospital (insight-oriented); the imminence of discharge from the hospital and his anxiety about this; and probably his tendency to “stick it to” authority figures. Indeed, he is more or less “sticking it to” the staff here, by projecting helplessness that, in effect, throws the problem into their court in the final hours of treatment.

What is needed is an integrative reframing: one that incorporates insight, Frank’s anxiety about discharge to the “real” world, his recognition of the tendency to self-sabotage, and-perhaps most importantly-his externalization of agency onto the staff for achieving enough behavioral change. All of these are components of “what is going on here,” of the essential frame. One such reframing might be, “How to apply new knowledge to preventing bad behavior.” There are many ways to present this. Here is one possibility:

“What sucks? What have you learned? How do you think you can go from ‘sucks’ to helping yourself to do what is best for you?”

In this example of reframing, insight is clearly requested; the setting of imminent discharge is referenced in “What have you learned?”; the problem of self-sabotage is acknowledged in “sucks”; and the work of taking agency-“helping yourself”-is encouraged in a collaborative way with “How do you think…?” This integrative reframing is both specific enough and open-ended enough to invite the patient to reply, in any of several ways. Inviting his collaboration is a key step in negotiating how to address the patient’s concerns.

Another possible way to present this reframing to the patient is:

“You are about to leave, but you sound afraid that the pull to sabotage yourself will overwhelm anything that you’ve gained here.”

In contrast to the previous example, nothing is requested. This example incorporates the elements of an integrative frame: these include references to imminent discharge and the attendant anxiety about it, to the problem of self-sabotage, and to the patient’s having developed insight (“anything that you’ve gained here”). By virtue of being a statement rather than a question, this comment also challenges the patient’s resistance to taking agency: its phrasing obligates a reply, but leaves it to the patient to decide how and with what to respond. The linguistic frame of the intervention (“reflection back to him of his fears”) leaves his options for reply even more open-ended than in the previous example. Which intervention to chose depends on, for example, characteristics of the patient and his treatment and the stage of the discussion.

There are different comments that present an integrative reframing, but would do so in a more indirect, implicit, and open-ended way. Sometimes these carry more emotional impact. Reflecting back the patient’s own words, for example, can underline the patient’s own emotional concerns in his own voice and obligate a reply very forcefully:

“Sabotage yourself?”
“I can hear that you’re worried.”
“Only the old you, is it?”

The echoing technique and the severe brevity of these reflected phrases might seem to violate the idea of integrative reframing, or even of framing per se. But each one, so to speak, crystallizes the several facets of what is going on here. In addition, each one is given force and validity by the psychiatrist’s special regard for the patient’s words.

Summary
We have seen how frames in conflict may be an underlying feature of standoffs in treatment between the patient and the inpatient team. Frame analysis can not only help us to discern the roots of such standoffs but also to conceptualize specific ways of addressing the conflicts in therapeutic language with the patient, with the goal of forging an integrated approach to treatment. Integrative reframing is one way a person may be moved by words. As with art, music, and literature, the emotional impact of an experience derives from its richness of associations. That belief underlies much of our hope in working as therapists.