How Gender Plays a Role in Disease Expression

Being male, female, or transgender exerts effects not only on anatomy and reproductive behaviors but also on immune mechanisms, pain perception, diet, occupation, social behaviors, and risk exposures. 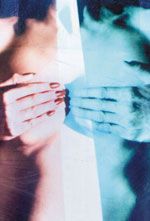 Most psychiatric illnesses, indeed most illnesses, are affected by the patient’s gender. Being male, female, or transgender exerts effects not only on anatomy and reproductive behaviors but also on immune mechanisms, pain perception, diet, occupation, social behaviors, and risk exposures.

A good example of sexual dimorphism is obesity. Obesity is patterned differently in men than in women, presumably because it was initially advantageous for men, as hunters, to be able to rely on a rapid source of energy when pursuing their quarry. Visceral fat (the male pattern) is rapidly mobilized and metabolized in the liver. For women, it was more efficient to store fat in hips and buttocks for access, when needed, during pregnancy and lactation. What was once important to survival has become an albatross to both sexes-for men, it contributes to cardiovascular risk; for women, it contributes to the difficulty of dieting.

Another interesting evolutionary lesson comes from the observation known as Bateman’s principle. In many species, including humans, females produce a limited number of eggs (once a month during the reproductive years) and males have to compete with other males to successfully fertilize those eggs. It has been suggested that this sex difference has led to increased immune response in females (to protect the egg) and decreased immune response in males (who devote energy to the production of secondary sex characteristics-muscle power, aggression, competitiveness-at the expense of immune function.1

The article by Paul M. Elizondo III, DO, Willy Wilkinson, MPH, and Christopher Daley, MD, on transgender issues in psychiatry, throws into question the wisdom of discussing separate sexes and sex-specific evolutionary strategies. Indeed, being a man in the anatomical body and hormonal milieu and chromosomal structure of a woman, and vice versa, tends to completely shift one’s frame of reference and make one question one’s most fundamental beliefs in scientific principles and societal norms. This is a good thing, because all theory is limiting. It is to be hoped that new insights will come from the blurring of boundaries and the shifting of frames. In the meantime, much can still be learned from looking at traditional gender differences in psychiatric illness.

In Part 2 in the October issue, the article by E. Mark Mahone, PhD, on neuropsychiatric differences between boys and girls with ADHD will discuss the clinical sex differences in this disorder. Boys show impulsivity, aggression, and high energy. These sex traits, which served to establish social dominance among males early in the evolution of our species and aided the cause of sexual selection, are now a handicap and require therapeutic intervention. It is interesting to see how sex ratios for the ADHD cluster of symptoms are changing as variation and selection continue to exert their influence over succeeding generations.

Males with eating disorders fulfill their evolutionary imperative by attempting to rise in the dominance hierarchy by developing muscles, not only to fend off competitors but also to attract the best possible mates-mates who will bear them the most offspring. As Theodore E. Weltzin, MD, will cover in his article, overexercising and over-dieting are, unfortunately, counterproductive fitness strategies in men just as they have been in women with eating disorders whose fertility is markedly reduced.2