Given that “specific phobias” are a diagnostic category in DSM-5, is "Islamophobia" a diagnosable disorder? 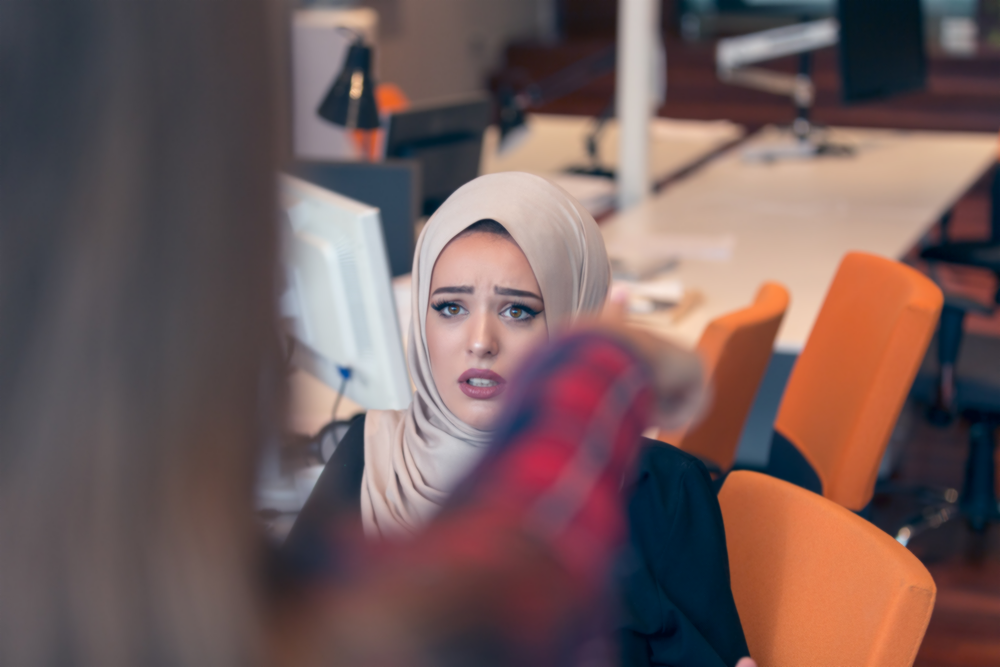 Fear is the path to the dark side. Fear leads to anger. Anger leads to hate. Hate leads to suffering.

When the Presidential edict to put a moratorium on immigration from 7 countries came out on Friday, January 27th, I was in the early stages of planning a presentation on social, clinical, and religious perspectives of Islamophobia for the upcoming annual APA meeting in May. Colleagues raised questions of whether the Presidential pronouncement related to Islamophobia. When I mentioned that I was to present on the topic at the meeting, they asked, “Why wait”? Why wait, indeed.

When the executive order was signed on International Holocaust Remembrance Day, the President did not even mention the millions of Jews who were killed on that day. Jews who wanted to immigrate to the US during the Holocaust were turned away, and history shows that when Jews are discriminated against, they are often not the first group.

Here are some of my initial ideas on the topic.

The term literally means an excessive fear of Islam. Phobia is also a psychiatric diagnostic term. Given that “specific phobias” are a diagnostic category in DSM-5, is it a diagnosable disorder?

Never did I have a patient where that diagnostic consideration came up. Nor have I heard of any colleague considering or making that diagnosis.

In DSM-5, a phobia is defined as “an anxiety disorder involving a persistent fear of an object, place, or situation disproportional to the threat or danger posed by the object of the fear.” Given that, couldn't Islamophobia qualify? Indeed, it seems like it could as you continue to read about it, that is, it seems so until you get to one of the specific criteria: “The person recognizes the fear is out of proportion.” It seems to me that the people who fear Islam feel it is reasonable. Just take Lt. General Michael Flynn, national security advisor to President Trump, who tweeted: “Fear of Muslims is RATIONAL...”1,2

The recommended treatments for a phobia include cognitive behavioral therapy (CBT) to down regulate the threat response, which may be abnormally hyperactive, or various varieties of exposure therapy to desensitize the patient. Meditation and medication are also used. Even if Islamophobia does not technically qualify for an individual DSM-5 diagnosis, would any of these treatments still be of use?

The term Islamophobia predates any versions of DSM. Approximately a century old, Islamophobia came into prominent media usage after the 9/11 terrorist attack in the US, an attack linked to people who were Muslim, although these perpetrators did not come from any of the countries in the current moratorium. So, the term appears to refer to the ensuing social changes in the US after that terrorist trauma.

Millions of Muslims were already living peacefully in the US, from Southeast Asia, the Middle East, and converted Black Americans. Moreover, the public can assume that someone is Muslim, when they never were, or they had renounced their religious beliefs.

We do not-and never did-have a psychiatric classification of social disorders, though there have been some attempts to do so over the years, or at least to include social pathology into DSM, as in the case of racism. One limiting factor is where to draw the line, as implicit bias tests can suggest that most, if not all, of us have some degree of racism.

In addition to racism, other social pathologies to consider are based on an ism or phobia. Phobia probably assumes more fear, and includes homophobia and the broader xenophobia (fear of strangers and foreigners). After all, anti-Islamism could have been embraced instead of Islamophobia. Isms include racism, sexism, ageism, and the longstanding anti-Semitism. All are subject to prejudice and discrimination by the majority and dominant culture-but negative attitudes toward Muslims poll higher than any other group.3

From a psychoanalytic perspective, certain concepts may fit Islamophobia and other social phobias and isms. One is projection. In other words, we project psychological aspects of ourselves which we would rather disown. Therefore, in terms of Islamophobia, it may be our own aggressive impulses toward those who are different in a religious sense.

The repercussions of Islamophobia can be negative for mental health. Both macro- and micro-aggressions increase anxiety, reduce self-esteem, and even result in posttraumatic symptoms. Retaliation can emerge, starting a vicious cycle of violence.

What degree of realistic fear is reasonable? Certainly, terrorist attacks by those who embrace (and some say hijack) Islam has been limited in scope, especially since 9/11, especially when we compare everyday gun violence associated with homicides and suicides. On the other hand, some terrorist episodes have been unusually traumatic and frightening, such as the beheadings of Americans. Even a psychiatrist, Nidal Hasan, killed 13 at Fort Hood in 2009 and, since then, he reportedly wants to be a citizen of ISIS.

Media coverage of Muslim-related attacks is extensive and television portraits of Muslims perpetuate the violent stereotype. Politicians can, and may be doing so right now, use such attacks for other purposes, such as justifying support for war and votes.

Given that one of the special interests in my career was cultural psychiatry, I have had exposure to Muslims for decades in my work. I developed a model of a cultural psychiatry educational seminar series, based on discussing our own cultural and religious identities. Despite a strong stigma against mental illness in many Muslim circles, I treated psychiatric illness in many Muslims from Somalia, the Middle East, and Black-American converts.

That educational concept transferred into always asking, respectfully and curiously, about the cultural and religious identity of each patient, and how those values might influence the conception and treatment of their psychiatric problems. Transference and counter-transference reactions are especially liable to occur in such culturally different matches.

A patient might not know if I was Jewish years ago, but that could easily be found out in our Internet era. Perhaps that helped explain why, since 9/11, the number of my Muslim patients gradually decreased. Was there an increased concern on their part about whether they would be treated fairly? A mistrust of a Jewish psychiatrist? There weren’t many community options to see a Muslim psychiatrist.

Jews and Muslims have had an ambivalent relationship at best throughout history. We share being one of the monotheistic religions started by Abraham, going from Judaism to Christianity to Islam. The story of Ismael, born to Abraham and his handmaiden and banished after Isaac was finally conceived by his wife Sarah, may be paradigmatic. Ishmael is said to be the progenitor of the Arab people. Is this like a long-lasting unresolved family conflict? Today, the conflict between Israel and the Palestinians is adding to the tension.

These issues gave me great pause in agreeing to speak on Islamophobia, let alone writing on it now. Yet, I think psychiatrists of all faiths have a particular opportunity and responsibility to try to reduce Islamophobia in our citizens and ourselves. Do the same clinical interventions for individual phobias apply to social phobias? Can “positive exposure” to Muslims help citizens and psychiatrists alike? Are the principles of family therapy applicable? Would even micro-doses of LSD or other hallucinogens calm excessive fears?

Beyond your reaction as citizens, what do you think we can do, if anything, to address Islamophobia, given our unique skills and knowledge?