Here: key take-home points from 6 new studies on adolescent and child psychiatry chosen for their clinical relevance, applicability, and quality. 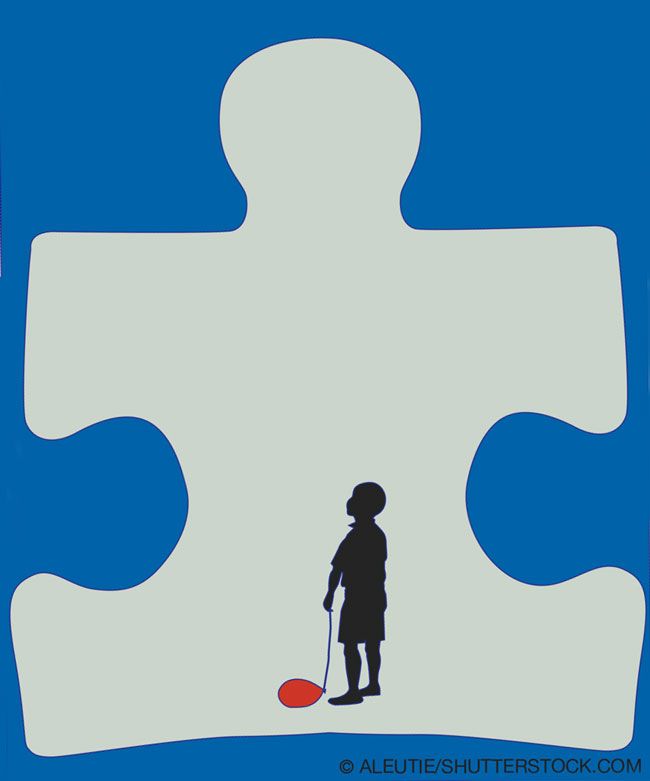 Given psychiatrists’ need to stay up-to-date with the most current evidence-based information-but faced with an overwhelming literature-we attempted to identify and evaluate research published within the past 12 months that may have a direct bearing on clinical practice.

This month we focus on child and adolescent psychiatry. We have chosen 6 articles based on their clinical relevance, applicability, and quality. However, the notion that these are definitively the “top” papers cannot be defended. It is likely that others would choose different papers to include or exclude. However, these 6 papers are of high quality and have direct clinical application.

We’ve highlighted the key take-home points in each and have noted which of these studies can be viewed or downloaded in its entirety for free.

This study attempted to identify how children in whom depression was diagnosed in the private sector were treated based on evidence-based information. Annual data from 2008 to 2010 were reviewed on 61,599 children aged 6 to 17 years with depression. (Youths with bipolar disorder, schizophrenia, mixed disorders–depression and psychosis, and depression and bipolar were excluded).

Combination medication and psychotherapy has been identified as first-line treatment in the evidence base (Treatment for Adolescents with Depression Study [TADS] and Treatment of Resistant Depression in Adolescents [TORDIA]). In this study, however, fluoxetine was the first-line medication treatment. All other SSRIs were second-line. SNRIs, NDRIs, NsSSAs (noradrenergic and specific serotonergic antidepressants) and second-generation antipsychotics were grouped as non–evidence-based treatments.

key findings: In the private sector, fewer than 3% of children with depression received what the evidence supports as first-line combination treatment. Nearly one-quarter (24.8%) of all depressed youth received medication monotherapy, and nearly a quarter (24.8%) of those on monotherapy received non–evidence-based choices. The most surprising finding was that mental health specialists in the private sector (psychiatrists, psychologists, psychiatric nurses, and child psychiatrists) were more likely to stray from evidenced-based treatments and to choose newer antidepressants, second-generation antipsychotics, and psychotherapy alone than primary care providers.

key point: Consider using psychostimulants in children with tic disorders to treat ADHD symptoms, and consider that if a tic occurs after a child starts taking a psychostimulant, it is much more likely the result of coincidence rather than an adverse effect of the medication.

Using the Copenhagen Child Cohort (CCC2000)-a general population birth cohort-this study attempted to identify opportunities for intervention in preschool-aged children to prevent psychiatric disorders from developing by ages 5 to 7. Of 5898 eligible children screened via the Strengths and Difficulties Questionnaires, 2071 children were invited into the diagnostic assessment phase. The Development and Well-Being Assessment with parents and preschool teachers was conducted on 1595 (77%) whose mean age was 6.1 years.

Results showed a 5.7% prevalence for at least 1 psychiatric disorder in children 5 to 7 years old, lower than previously published studies. The most common disorders were anxiety-related disorders, such as specific phobias and separation anxiety disorder, at 2.9%. The most common behavioral disorder was oppositional defiant disorder, at 1.5%. The prevalence of hyperkinetic disorders (HD) or ADHD was 1%. Only 4 children received a diagnosis of a depressive disorder. The prevalence of pervasive developmental disorder (PDD) in this study was 1.3%, higher than reported in other internationally published data.

conclusion: Although this study reiterates that the overall prevalence of mental health disorders in 5- to 7-year-olds is very low, it identifies 2 opportunities to reduce the risk of development of such disorders. One is among children who have a teenage mother, a single parent, and/or a low household income the first 2 years after a child’s birth. Children in these settings had a 3- to 4-fold increase in risk of emotional and behavioral disorders by ages 5 to 7. A second opportunity is in the period before school entry when preventive strategies should include mental health screening and intervention if symptoms of PDD, HD/ADHD, and other behavioral disorders appear.

Anxiety disorders are highly comorbid with autism spectrum disorders (ASD) in children. In ASD, anxiety may present differently and may be associated with such behavioral problems as repetitive behaviors and aggression. These symptoms are often difficult to differentiate from the core symptoms of ASD.

This meta-analysis included 10 randomized controlled trials published between 2000 and 2013 with 470 children aged 7 to 17 years with a primary diagnosis of ASD and clinically significant anxiety symptoms. Nine studies used a modified cognitive behavioral therapy (individual, group, and a combination of individual and group), and 1 study used a social skills intervention. Interventions varied between 6 and 16 sessions for 60 to 120 minutes.

Several studies have shown an association between non-suicidal self-injury (NSSI) and suicidal ideation (SI). This study attempted to look at the characteristics of NSSI that are most associated with SI.

Data were obtained from 1520 adolescents (ages 11 to 17) and young adults (ages 18 to 25) in a large, privately run hospital where patients were in a treatment program specifically designed to treat self-injurious behavior. Patients were assessed at initial intake and discharge. Assessment of SI was via the Behavior and Symptom Identification Scale 24 that asked patients about thoughts in the past week and frequency of thoughts on a scale from 0 (none) to 4 (all the time). NSSI was assessed with:

• The Alexian Brothers Urges to Self-Injure Scale, a 5-item questionnaire. Each item is rated on a scale from 1 to 7. Higher scores indicate greater desire/urge to engage in NSSI.

• The Inventory of Statements About Self-Injury, Short Form-which includes 26 items that assess 13 functions of NSSI, as well as inter- and intrapersonal factors of NSSI.

Patient population was 85.95% non-Hispanic Caucasian, 87.70% female, and 79.80% under 18 years. There were no significant implications of SI as it related to ethnic group, gender, age, or number of psychiatric diagnoses. However, patients with a primary mood disorder had less SI than those with any other diagnosis.

Medical severity and greater urge to engage in NSSI were associated with higher endorsement of SI. However, individuals with infrequent or medically minor NSSI (such as interfering with wound healing) may still be at elevated risk for SI. Acts of NSSI done to avoid suicide were most strongly related to SI. NSSI craving also correlated strongly with SI.

clinical take-home: This study emphasizes the importance of a strong functional assessment of NSSI to better understand the suicide risk of those who self-injure.

This study compared the role of primary care physicians (PCPs) with that of psychiatric or mental health specialists in treating child mental health concerns.

A national sample from the Medical Expenditure Panel Survey from 2008 to 2011 analyzed mental disorders and related prescribing for children aged 2 to 21 years. In 43,235 youths, 5.2% were seen as outpatients for a mental health condition-of which 87.9% had diagnoses of ADHD and anxiety/mood disorders. PCPs saw 34.8%, while psychiatrists (26.2%) and allied mental health specialists (15.2%) saw 41.4%. Only 6.7% were treated by both a PCP and a psychiatrist. Children with ADHD were seen more by PCPs, while children with anxiety/mood disorders were seen more by psychiatrists. Children who were seen by a PCP were at least as or more likely to be prescribed a psychotropic medication as those who saw a psychiatrist. Uninsured children were less likely to be prescribed medication than children with insurance, particularly those with the diagnosis of ADHD.