In Memoriam: Daniel W. Shuman, JD: A Gift for Collaboration

We will remember Professor Shuman as an exceptional scholar, a valued collaborator, and a cherished friend. 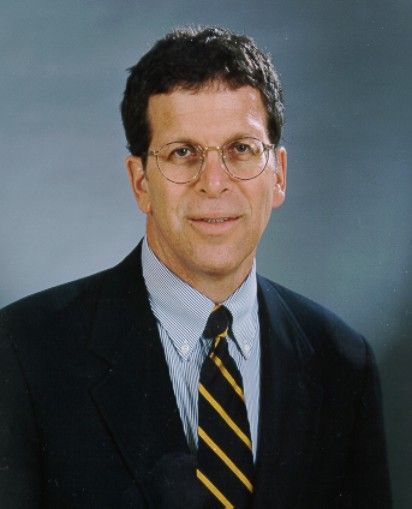 We were deeply saddened by the news of the death on April 26, 2011, of our colleague and friend, Professor Daniel W. Shuman, aged 62. We both coauthored books and articles with Dan Shuman, and our personal and professional lives were enriched by his friendship and scholarship. Poignantly, he passed away just weeks before the 2011 American Psychiatric Association Annual Meeting, where he was awarded posthumously the Manfred S. Guttmacher Award for a book he coauthored with Dr Gold- Evaluating Mental Health Disability in the Workplace: Model, Process, and Analysis.

From the beginning of our association with Professor Shuman, he provided invaluable advice and assistance when discussions of forensic psychiatry moved into the legal arena. He challenged colleagues to approach issues in the law and psychiatry from new perspectives. For over 25 years, his work has had enormous influence on legal scholars, legal practitioners, and clinicians in the mental health field.

Professor Shuman’s interest in the intersection of law and mental health began early in his legal career. Professor David Wexler first met Professor Shuman in 1970, when Professor Shuman took Professor Wexler’s first Law and Psychiatry seminar as a second-year law student at the University of Arizona. The class project, an empirical observational study of the civil commitment system in Arizona, resulted in an entire issue of the Arizona Law Review. The issue received the first Guttmacher Award, in 1972. Daniel Shuman was one of the stars of the group; even as a law student, Dan demonstrated a natural aptitude for an academic legal career.

Professor Shuman’s career revolved around integrating science, psychiatry, psychology, and law. He taught mental health and legal professionals that expert testimony could be analyzed to determine its value in any given case. In 2000, Professor Shuman summarized his approach to the analysis of mental health testimony by describing the role of the psychiatric expert in civil litigation. He noted that in providing expert testimony, 4 basic points needed to be answered:

• Is the expert testimony relevant?

• Is the expert testimony reliable?

• On what information may an expert base an opinion?

• What form may that testimony take?

In considering these questions, Professor Shuman cut through the common legal prejudice against mental health testimony as inherently unreliable as well as the all too frequent use of “junk science” offered as expert testimony. His insightful evaluation of the rele-vance and reliability of mental health testimony using this approach is reflected in his 1986 book, Psychiatric and Psychological Evidence,for which he won his first Guttmacher Award. This book and others in the field of psychiatry, as well as articles and multiple book chapters, reflect Professor Shuman’s position as one of the preeminent scholars in the field of mental health and the law.

Academic curiosity was part of what made him an exceptional scholar and teacher. He was not satisfied with defining and changing the way legal and psychiatric professionals understood what it meant to demand or offer expert psychiatric testimony. He explored some of the most controversial ethical, philosophical, and practical issues associated with law and psychiatry. The more controversial the topic, the more Dan relished the debate. He could be relied on to follow these discussions wherever they led and then take them to the next level and explore all the associated implications-psychiatric, legal, forensic, and public policy.

Professor Shuman’s collaborations were based on mutual respect, honesty, and an intense desire to push the boundaries of knowledge. He loved new ideas, whether his own or someone else’s. If an idea was not going to fly, Professor Shuman said so directly, and he then worked to reformulate the concept into a valuable contribution to the field of mental health and the law.

Dr Shuman’s contributions to forensic psychiatry were recognized with awards and invitations to teach at meetings and seminars. In 2005, the American Academy of Forensic Psychology awarded him the Distinguished Lifetime Achievement Award. In his last years, Professor Shuman fought to continue teaching and writing despite the increasing burden of his illness. He also wanted to continue the collaborative work that he found so gratifying. We will remember Professor Shuman as an exceptional scholar, a valued collaborator, and a cherished friend.

Dr Gold and Dr Simon are Clinical Professors in the department of psychiatry at Georgetown University School of Medicine in Washington, DC. Dr Shuman served on the editorial board of Psychiatric Times.