Minefields and Med-Checks: Getting to the Right Questions

Sometimes our best intentions lead us down the wrong road. By reconsidering a few seemingly harmless questions, this psychiatrist was able to make the most of his medication-check visits with his patients. 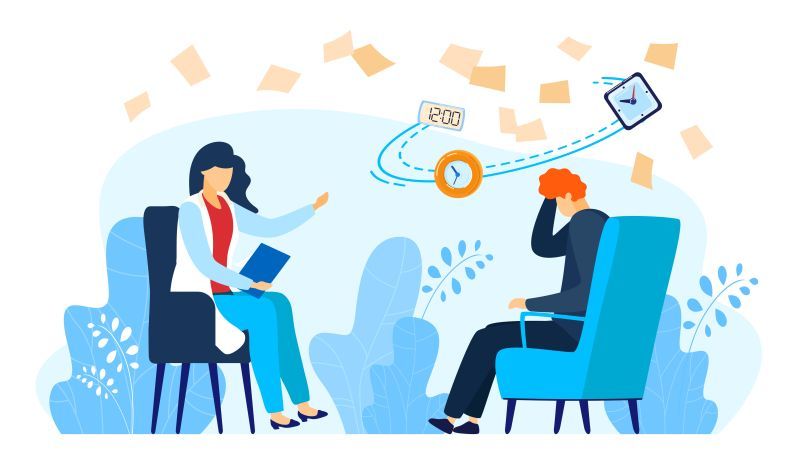 RUMINATIONS OF A PSYCHIATRIST

This starts as a COVID-19 social distancing story, but it is also a coming of age story.

Whether in the office with face masks, on Zoom without masks, or on the telephone, we have roughly 20 minutes, sometimes less, to perform our routine med-checks. This is unlike an appointment with a chief complaint. In our role of psychiatrist-psychopharmacologist, we use this brief time to evaluate the patient’s response to medication while maintaining a caring and supportive relationship with the patient. It is a routine follow-up where we make necessary medication adjustments; it is a familiar drill that draws comfortably on principles and practices of psychotherapy, especially those of careful listening. It worked for me. Until it didn’t.

Those principles and techniques proved to be false friends. Not only were they not helpful, but they seemed to make things worse. It wasn’t that I was doing something wrong; it was that I could have been doing something better. I could have been maximizing the effectiveness of those check-ups. The problem, it turned out, was my prioritization of the interpersonal relationship in exchange for shortchanging the medication-assessment task.

I’ll cut to the chase. Our new normal and new ways of interacting shined a light on the verbal communications. It was then that I realized my questions, my attempts to foster the patient-doctor alliance, was actually betraying me.

Before the pandemic, for instance, I began each session with my standard greeting and opening query, "How are you?" Is this not personal and welcoming? Is this not appropriate? I learned that it was not, and here is why.

That popular social greeting, whether via a video, phone, or in person, cues the responder to, “Fine, thank you. How are you?” Too often, that is exactly what happened, but that was not my intention. I then needed to work to get back on track, all the while reminding myself we were meeting to promote healing, not confirm a relationship.

Similarly, some patients replied to that question with complaints unrelated to the prescribed medication, which would similarly derail our appointment; while listening, I also became distractedly time-conscious. Maybe this was good therapy, but it was awful time management and it risked corrupting my medication supervision.

I slowly switched that greeting to, “It’s good to see you” (or something equivalent) followed by, “Let’s get right to business.”

This transitioned into my leading and ever-important question: “Are you taking the meds as I directed?” (Remember, this approach is specifically for scheduled med-check appointments.) Although a brusque and impersonal start, I learned this was necessary; it helped prevent wild-goose chases that followed my incorrect assumption that the patient was both taking the medication and taking it correctly. By taking charge from the start and controlling the agenda of the visit, I was able to promptly uncover important details; it also left adequate time for patient questions and concerns.

That was not the only question causing problems. Take the query, “Are you having side-effects?” Although the question aimed to empower patients, perhaps I was placing too much additional responsibility on them, especially when they were looking to me for help. When someone is not feeling well or not feeling like themselves, they may need someone to pick up the slack. And, many of my patients were not feeling well. Their responses, whether “yes” or “no,” regularly proved incomplete or misleading. As a result, we engaged in a bunch of questions as I aimed to sort out what I was hearing versus what my patients were trying to communicate, only to realize the issues they were presenting were not a result of the prescribed medications.

I began replacing my side effects question with specific queries tailored to the medications. For instance, I would ask, “Have you felt dizzy?” or, “Have you experienced (insert various likely and unlikely adverse side effects)”? In this way, I was able to help my patients to not only become self-observant but also better understand specific side effects. Thus, I was truly empowering patients and getting the information I needed to best support them.

In my attempt to determine medication efficacy, I dropped my customary “Are you feeling better?” Here, too, I realized I was getting derailed. There were times when a patient’s report of feeling better was unrelated to the medication. Or, the lack of improvement proved inaccurate. Or, someone was feeling worse not because target symptoms were not going away (they were), but because there were other factors at play.

I asked focused questions, directing my questions toward specific target symptoms. And, I would make it simple by limiting patients to 3 potential choices— “Is symptom ABC worse, better, or the same?”—and seek further details as needed. Then, together, my patient and I could accurately chart treatment progress without being derailed by unreliable impressions. Although I cannot prove it, I think patients became more comfortable saying worse when they were feeling worse because I introduced that word, as if my speaking it gave them permission to acknowledge it and say it.

I also modified my question toward the end of the med-check visit. Instead of asking, “Do you have questions?” I said, "Now…what are your questions?" The former inquiry implied that we were nearing the end of our session, and I was subliminally cuing them to be brief. But time was myissue, not theirs. Why should they be monitoring the time—or be limited by it? The new phrasing implied a subtext of it being theirturn.

The psychiatrist and their patient are a team. Together, we are partners, and that is what partners do. We take turns. Especially now.