The Meaning of Life in a 15-Minute Med Check

If Blake were alive today, maybe he’d start one of his famous stanzas with something like, “To see meaning in a 15-minute med check…” If not, I will. Here’s how I’ve come to justify this. 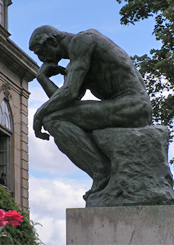 “To see a world in a grain of sand
And a heaven in a wildflower
Hold infinity in the palm of your hand
And eternity in an hour.”
–William Blake, Auguries of Innocence, 1803

If Blake were alive today, maybe he’d start one of his famous stanzas with something like, “To see meaning in a 15-minute med check…” If not, I will. Here’s how I’ve come to justify this.

The year was 1997. For those of you, like me, who see deeper meaning in a series of coincidences, several happenings out of the ordinary affected me.

One was the death of Victor Frankl, MD. Dr Frankl was one of the psychiatrists I greatly admired. He’s most famous for his best-selling book, Man’s Search for Meaning, where he describes how he found meaning while he survived Nazi concentration camps. Here are some of his recollections and conclusions, starting with the situation I so admired:

•“The unpleasant feeling that had gripped me as soon as I had told my friend I would escape with him became more intense. Suddenly, I decided to take fate into my own hands at once. I ran out of the hut and told my friend that I could not go with him. As soon as I had told him with finality that I had made up my mind to stay with my patients, the unhappy feeling left me.”
•“If there is a meaning in life at all, then there must be a meaning in suffering.”
•“Those who have a ‘why’ to live can bear with almost any ‘how.’”
•“For the meaning of life differs from man to man, from day to day, and from hour to hour.”

In his day-to-day life in concentration camps, for himself and others, Frankl recommended that one could be comforted by love, the beauty of nature, and positive imaging. What is not clear is whether those with severe mental illness-with flashbacks, hallucinations, or depression-could benefit from those coping mechanisms. (Of course, so many of them had already been killed by the Nazis).

The year 1997 also marked the publication of another best-selling book that addresses finding the meaning for everyday life in the face of certain death. This was Mitch Albom’sTuesdays with Morrie. Morrie was his former college professor whom Mitch had not seen in many years, and he was dying of ALS. Mitch visited after seeing Morrie on the Frontline television show. Morrie quickly sensed that Mitch had become too materialistic and, over time, he gave Mitch (as well as us) advice such as:

Coincidentally (or not), in 1997, I had also written a book that was by no means a best seller. It was The Ethical Way: Challenges and Solutions for Managed Behavioral Healthcare. At first glance, managed care doesn’t seem to have much to do with the meaning of life-that is, unless one feels that making money, as many for-profit companies have done, is the meaning of life. However, managed care was the most significant influence on the development of the 15-minute med check becoming so common.

The challenge with the 15-minute med check was how to make the best use of that time. I tried to focus on symptoms and side effects. That seemed to have some benefits, but patients felt the time was too short and I felt it was more like the factory work I had done as a teenager. I tried to focus on what they did in a typical day. Sometimes that seemed of mutual interest and sometimes not. I asked what was fun for them. Sometimes they said there wasn’t much fun or it was just a distraction. Later, I tried asking if they had pets. Most didn’t, though for those who did, they indeed provided some meaning and enjoyment.

Then, maybe it was the influence of a friend and ER physician who shared his new interest in spirituality. Maybe it was my son becoming a Rabbi. Maybe it was Dr Kevorkian, aka “Dr. Death” for assisting suicides, being released from prison. Maybe it was the developing Recovery movement for the chronic and most seriously mentally ill, which emphasized focusing on what the patient wanted to get a better quality of life.

Whatever it was, a decade later, I shifted to what Dr Frankl and Morrie Schwartz had taught me and tried to see if I could apply it to my patients. I started to ask them what gave them meaning in their lives, or in more colloquial terminology, something like “What keeps you going?” and whether my treatment was connected to that. I had them fill out the answer in writing before the session. Gradually, I found it was best to ask the question in most sessions, near the beginning. Here are some recent responses:

•J.M., a middle aged man with psychotic depression, who feels his medications help him enjoy his grandchildren and church.
•K.S., a middle aged woman, also with psychotic depression, who felt the medication reduced her crying and allowed her to continue her work as an in-home nursing assistant. However, she regretted that she didn’t get as much enjoyment from reading the scriptures as from her job. When I asked if helping others wasn’t emphasized in the scriptures, she brightened up the most I had ever seen for her.
•J.M., a middle aged woman, whose PTSD symptoms were relieved somewhat by Seroquel. She says the medication helped keep her out of the hospital and allowed her to move in and care for her mother with Alzheimer disease. “It’s a glorious time to care for her with God’s help.” Then, she asked me what gives my life meaning (she seemed to have noticed I have a family). After hesitating, I answered: my family, as well as helping and learning from others like her.
•D.S., who had PTSD, answered, “Nothing.” After I felt a chill, I asked if she felt suicidal, and she did. We changed her medication and increased the frequency of appointments.

In my part-time work in prison, which is hopefully the closest I will ever get to a concentration camp, the answers are usually more along the line of “getting through day by day” until release. Some will answer something like, “Just got to take the bad with the good.”

At a recent Workshop that I conducted with NAMI Wisconsin, family members answered this sort of question in a variety of ways, including:

•“Experience great moments of meaning where the spirit of others talks to me and we connect with a common understanding expressed with concern of love.”
•“My health, and knowing I’m just as good as everyone else in life.”
•“Relationship with your environment.”
•“I am still searching! How about you?” (with Smiley Face).

In their overwhelmingly positive evaluation feedback, many representative remarks suggested the possibility of this becoming an evidence-based practice:

•“As an outsider, this seems so simple and important yet never done-why? You can make that change.”
•“Very simple but important approach. This lecture was particularly helpful for me as a neuropsych student.”
•Very interesting approach to his patients a question, such a one that opens so many doors and allows him to see many facets of their lives in a very brief time”.
•“The speaker grasped with an easy understanding the grand paradox, that despite the complexity, oftentimes the answers are simplest, yet the deepest. (think Ockham’s Razor).”

From the Consumer Council of Houston’s public mental health system, a colleague shared this response:

•“All the suffering and abuse I have been through now gives meaning to my life; it is now helping me help others.”

I’ve asked other colleagues if they find such a question of value. They’ve added these perspectives:

•“This is a very good question . . . and helps to serve as a foundation for recovery based centered planning . . .”
•“In a related vein, especially if they have engaged in risky activities, I ask folks why they are not dead yet”
•“This reminds me of Patricia Deegan’s ‘Power Statement,’ which is essentially when a person establishes that they will hang in there with treatment, including medication side effects, as long as it doesn’t interfere . . . with something important to them.”

In researching how this sort of question has been studied in psychiatry, I found (with help from our Psychiatric Times editor in chief, Dr James Knoll) “The Purpose in Life Test” (Crumbaugh and Maholick,1964). This is attitude scale developed from Logotherapy, the existential form of therapy originated by Dr Frankl.

Some may say that focusing in on the meaning in a patient’s life during a med check is too reductionistic. I usually do also ask about symptoms, side effects, and some other things. Or, too simplistic. Some may not tell the truth. Or, the answers may be problematic, such as what gives one’s life meaning is to “take street drugs” or “save the world.” In those cases, we can try to start with very small steps that could then lead to a better goal. Others may say we still need more than 15 minutes. I agree now even more that it would be helpful to have extra time, but practically, for now, many of us don’t have it.

In the meantime, I’ve seen that this focus offers many potential benefits, including:

•It can enhance compliance, especially when there is congruence between the clinician, patient, and any relevant family
•It may reveal undisclosed suicidal ideation
•It may be particularly potent for adolescents who are generally beginning to think about the meaning of their lives
•It may reveal cultural variations in values
•It may add a spiritual component to the patient and clinician relationship
•It may remind us of the meaning of our work and our lives.

Who knows? As some new research suggests, a sense of purpose may even contribute to a lower risk of cognitive impairment and maybe other illnesses.1