A New IQ: Testing Smart in the Anthropocene

In 2009 I attended the United Nations Copenhagen Climate Conference. The general thought at the time was that it was the last best opportunity to keep the world from warming over 2 degrees centigrade. 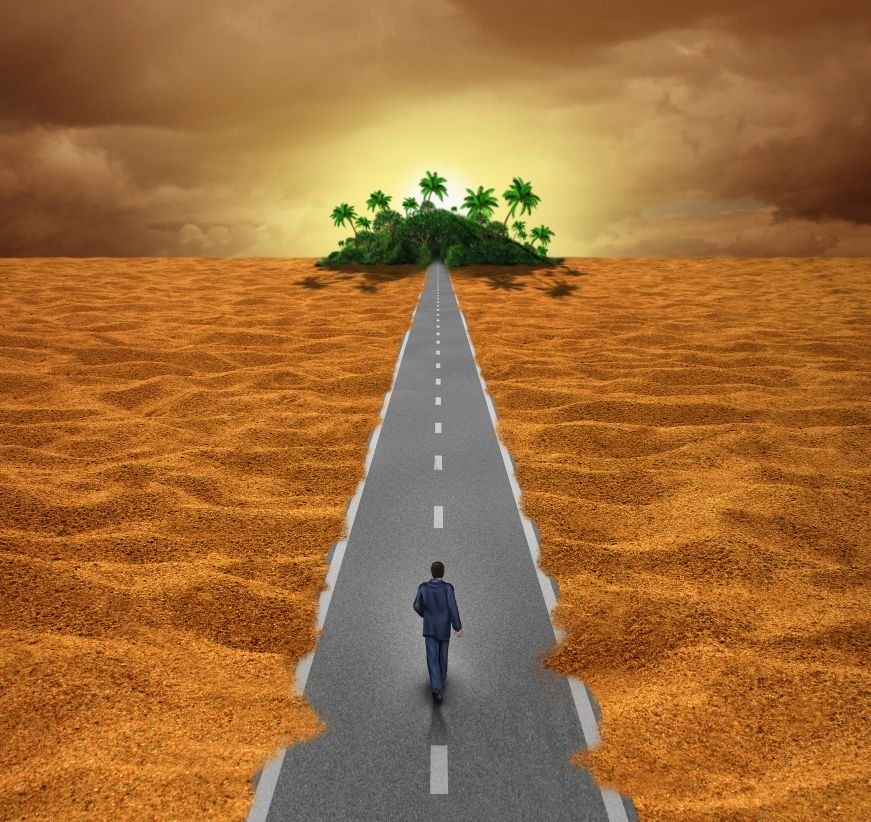 In 2009 I attended the United Nations Copenhagen Climate Conference. The general thought at the time was that it was the last best opportunity to keep the world from warming over 2 degrees centigrade. The idea was that a dangerous tipping point lay ahead of us, and with joint action, we could use the forum of the United Nations to commit to changes that would benefit planetary health and human health for ourselves and for future generations.

Deciding the future of planetary health was the highest stakes meeting I had ever attended. What does executive functioning look like during real problem solving when the stakes are so high? What kinds of arguments would we hear from negotiators, diplomats, and politicians? These are people working at the top of their fields. This conference held particular interest for me because I had been a research psychometrician in the area of cognitive functions and was now beginning to design my own measures for researchers and mental health professionals.

Philip Zimbardo’s Stanford Prison Experiment in 1971 gives us a clue as to how people function when given roles to play, for even a few days. Milgram’s study of Yale students and their willingness to go against their own conscience is another clue, where students were pressured into giving lethal levels of electrical shocks to people because they were encouraged to. Thankfully the authority figure in the lab coat and the shocked students were confederates in an experiment on the power of authority. These were instances where it became apparent that roles and authority create short-term goals, and people were willing to succeed at them, even when it cut against the grain of their moral beliefs and might consequently lead to harm and even murder.

The 2009 climate meeting ended with no real progress forward. So too did the 2019 UN Climate Conference held in Madrid.

We did not arrive at this point in climate history by accident. Our cognitive history shows we arrived at it through celebrating inventions that had short-term benefits. We arrived at it through consistent denial, consistent misapprehension of what was in store for us, a consistent misappraisal of the amount of time we had, and who had the responsibility for change. We arrived at this point because we are good at, and can even relish, thwarting goals that don’t meet our short-term interests. We arrived at it because once a process is underway and has some tradition behind it, we are not quick enough to see the projected outcomes and redirect the momentum. Human history and cognitive history show that what we mean by “us” or “we” is most often circumscribed in a way that benefits an immediate and smaller group, and now we must think on a planetary scale with very limited practice.

Looking at societies that met their end, Easter Islanders(now known as Rapa Nui) and Norse Greenlanders did not fail because they were not intelligent or were not careful to plan in a conventional sense. The Easter Islanders developed a wonderful way to use island trees to move stone statues from the quarry to the coast. Like the builders of other great cultural monuments, they applied themselves over centuries. Norse Greenlanders saved up precious things they could trade with visiting ships from Europe. They knew what might be valuable, and they traded them for colored glass for the windows in their last houses of worship.

We are very likely just as smart and motivated as they were. Their failures were failures in thinking about their thinking and choosing to underweight a distant and still hazy future. They struggled with diminishing environmental choices and how to think anew about what to aim for, or how to think together about major consequences. Those problems are seen now at the UN sponsored climate talks and in other places.

It is more necessary than ever to think about the limitations of what we have always meant by intelligence or executive functioning. The gold standard tests of IQ and executive function, the Wechsler IQ test and Delis Kaplan Executive Function test, do not examine long-term planning, and neither has any robust measure of consequences of actions, despite these being undeniably profound parts of being able to act intelligently and intentionally in the world.

Alfred Binet, a psychologist, and Theodore Simon, a physician, created the first intelligence test in 1905 to help identify children who needed academic help. Although both eventually became critical of how their test was used, we now have 115 years of cognitive testing; however, these results do not touch robustly on qualities needed to act fully intelligently in the world. The overall test provided a model that would become the template for future cognitive ability tests. Teachers taught to the test and a major industry of mind enhancing board games and then software arose, which gamified several of the subtests. Doing well on these standardized measures has rewards, such as entry into gifted programs, good universities, and jobs with higher levels of decision-making authority. In a circular fashion, these achievements came to validate the tests.

If there is a chance to slow down or mitigate climate destabilization, it will come in part from re-defining just what those prized cognitive assets really are. If we want to start acting intelligently in the world, we need an assessment of intellect and executive functioning that includes long-term planning and the ability to understand consequences.

Computerized Adaptive Testing is fairly widespread in education, where people are presented with questions and based on their answers subsequent questions are made harder or easier in order to gauge the person’s level of knowledge or ability. Computers also now read essay answers. The program usually looks at several parameters such as spelling, syntax, sentence complexity, and word-choice. It is biased in favor of the well-spoken, but because it is a program, it also makes it possible to assure that wherever you come from, whether you are a native speaker or not-if you’ve got an idea, it can be spotted.

Combining adaptive testing and AI for complex answers, we can ask questions about the implications of given situations, or the potential consequences of things, or even who would bear those consequences or potentially be the beneficiaries. When people can think of one answer, they can be asked to think of another aspect that might be important to consider, and another. In this way, they can be rewarded for thinking inclusively, about the greater good, the longer term, and about risks and ethics.

Is it too late?

I am the principal investigator of a study on the trajectory of people’s recovery from natural disasters. Among the questions asked is how people are doing now, and how they made choices about staying or leaving an area. I have taught classes on executive functioning on days choked by smoke from nearby fires. Students write telling me they feel sick from the smoke, hoping their absence from class will not count against them. If we need motivation to work on better assessing what we mean by intellect or executive functioning, we have only to remind ourselves that climate change is already making changes to our minds and bodies.

Billions now live with particulate matter with a diameter smaller than 2.5 Î¼m (PM2.5) capable of causing DNA methylation, exacerbating psychiatric symptoms in children and adults, causing premature births, and leading to earlier dementia. Many are now affected three ways, with the poorer health and anxiety brought on by elevated PM2.5 in the air for months at a time, by the molds and toxins unleashed by disasters that cause breathing difficulty, and by the natural worry that comes with wondering what the future holds for themselves and their children.

As environment shapes the signaling of our genes through epigenetic processes we are only now beginning to understand, the intricacy of the clinical picture and public health picture will require more complex interconnected assessments than are now in our toolbox. The lag between the clinical picture and the tools we have shows no signs of closing.

For now, I can count on poor air days due to fires, and on those days, I bring my PM2.5 meter to class. I tell the students what it counts, what those particles are likely made of, and where they are capable of going in the body. With adaptive testing, it’s possible to be able to change the various parameters, such as heat or carbon monoxide levels from fire, and ask how that changes how we think about a patient, or what we would do next. That’s not routine in health care education, so for now, we notice how we feel as the air worsens or clears, in adaptive learning on ourselves.

James Flynn discovered that IQ scores tend to rise over time (the Flynn Effect), and yet we are not smarter than our great-great-grandparents. In 1896, Svante Arrhenius in Sweden suggested that the burning of fossil fuels may eventually warm the Earth's atmosphere and could raise the planet's average temperature. In 1958, Charles Keeling in California conducted the first reliable measurements of atmospheric carbon dioxide at Hawaii's Mauna Loa Observatory, at that time concentrations of carbon dioxide were 315 ppm and rising. You can get a real-time reading of carbon dioxide from Mauna Loa every day, and as I write, it stands at 413.20 ppm. Earth’s scorecard shows that we are muddling along, much as other societies did before us.

How is the Flynn Effect possible? It is possible because once we had the construct of intellect, and the tests to support the construct, we could teach our minds to work in ways that would look good on those important gatekeeping measures and others like them. We were motivated to do so because it allowed for scholastic and occupational success. One of the most important things about the Flynn Effect and the rise of intelligence scores is how much it points to the power of measurement to shape the faculties we prize and nurture.

Now is a good time to appreciate that possibility within us. We need to work on new notions of smart, so we can train-up to the most important goal: our planetary survival. When Earth gives the grade, we need to start passing.

Dr Diamond is currently a tenured faculty member at the Wright Institute in Berkeley where she teaches doctoral students in clinical psychology. Her teaching focus is on research methodology, comorbidity, and gene and environment interactions. Her three areas of research focus are: test development, autism, and trajectories of recovery from disasters. She reports no conflicts of interest concerning the subject matter of this article. 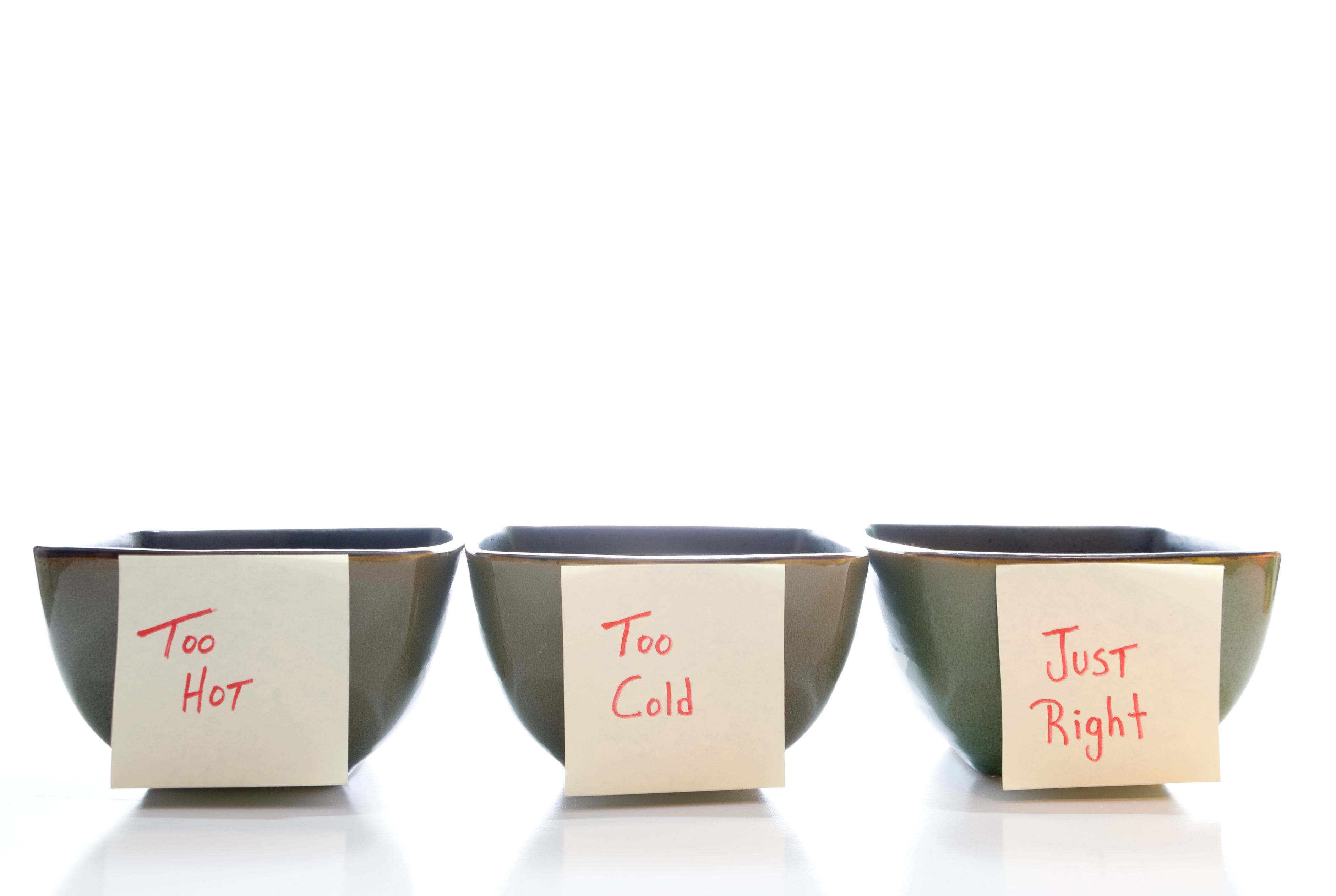