New Recommendations for Treatment of Schizophrenia

Newly published recommendations for pharmacological and psychosocial treatments from the Schizophrenia Patient Outcomes Research Team (PORT) are the first to address related treatments, such as smoking cessation, substance abuse, and weight loss, and they are the first update since 2003. 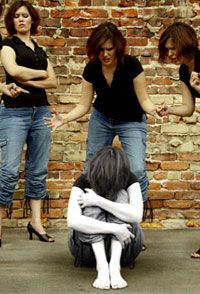 Newly published recommendations for pharmacological and psychosocial treatments from the Schizophrenia Patient Outcomes Research Team (PORT) are the first to address related treatments, such as smoking cessation, substance abuse, and weight loss, and they are the first update since 2003.1,2

The Schizophrenia PORT was created in 1992 with joint funding from the Agency for Health Care Policy and Research (now the Agency for Healthcare Research and Quality) and the NIMH, as 1 of 14 task groups to address concerns about the appropriateness of care for common medical and psychiatric conditions.

This second update of the initial 1998 report3 was necessary, the PORT members explain, because “research on technologies for treatment of schizophrenia has continued to quickly evolve.” In addition to the publication of large clinical trials on the comparative effectiveness of first- and second-generation antipsychotic medications during this period (eg, CATIE,4 CUtLASS5), the PORT members point to substantial additions to the literature on neurocognitive impairments, co-occurring psychiatric and medical conditions, and recent-onset psychosis.

“It is imperative to update treatment recommendations to accommodate the ever-growing and shifting evidence base,” the PORT members declare.6

The current recommendations have been praised for their thoroughness and for their use of empirical data rather than opinion. However, the praise has been joined by observations that the gap between recommended treatments and the level of care accessible to those with schizophrenia remains as large today as when the initial PORT recommendations were first published.

In a commentary published with the PORT recommendations, Michael Hogan, PhD, New York State Office of Mental Health, considered progress over the decade since his comments accompanied the original PORT publication.7 First acknowledging the PORT research summaries and use of systematic evaluations as “impeccably done and a useful synthesis of knowledge,” Hogan then laments, “it is remarkable-and increasingly unacceptable-how little research has contributed to improvements in the general well-being of people with schizophrenia.”8

Harold Pincus, MD, department of psychiatry, Columbia University, noted “as important as this work is in providing guidance on evidence-based clinical practice, these reports do not ensure an impact on policy and practice.”9

Larry Davidson, PhD, department of psychiatry, Yale University, points to the inadequacy of even the most optimal of the currently available treatments. Davidson observes that the PORT psychosocial treatment recommendations are particularly important in the absence of a cure by medication or procedure.10

“It may be easier, or at least less difficult, for people to figure out how to live with schizophrenia,” Davidson argued, “than to be rid of it altogether.”

Lisa Dixon, MD, department of psychiatry, University of Maryland, and colleagues presented PORT psychosocial treatment recommendations. They considered the dilemma that the important but broad outcome of enhancing ability to live with schizophrenia is a difficult measure of the effectiveness of a psychosocial intervention.

This is the first time that PORT has reviewed treatments for alcohol or substance abuse and considered randomized clinical trials on both treatment delivery and the effectiveness of specific interventions. PORT recommends that persons with schizophrenia and comorbid alcohol or drug abuse should be offered substance abuse treatment. The key treatment elements should include “motivational enhancement and behavioral strategies that focus on engagement in treatment, coping skills training, relapse prevention training, and its delivery in a service model that is integrated with mental health care.”

An additional new psychosocial treatment recommendation is the management of weight gain-a health risk that has increased with use of some second-generation antipsychotics. PORT recommends that persons with schizophrenia who are either overweight (with a body mass index [BMI] of 25.0 to 29.9) or obese (BMI greater than 30.0) should be offered a psychosocial weight loss intervention of at least 3 months. PORT specifies that this intervention should involve nutritional counseling with emphasis on caloric expenditure and portion control, behavioral self-management, goal setting, regular weigh-ins, self-monitoring of daily food and activity levels, and dietary and physical activity modifications.

Although the PORT members indicate there was good consensus in formulating the recommendations, one area of contention was whether there was sufficient evidence to recommend specific dosage ranges. The concerns were generally about the upper rather than lower dosage range, for which there are much less data, and a wide variance in practice. PORT did recommend ranges, but with the caveat that they serve only as guidelines for clinicians. They are not intended as proscriptions against the use of dosages outside the recommended range, but a reminder that there should be some rationale provided for the use of non-recommended dosages.