Drug companies are investing more to study psychiatric disorders, and there may be novel treatments in the near future. 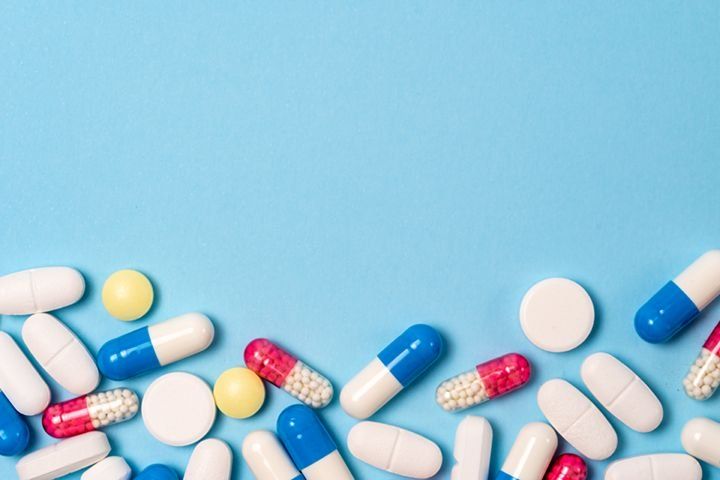 PHARMA IN THE NEWS

The year 2020 brings both promising and disheartening news from the world of psychopharmacology. The bottom line is that drug companies are investing more to study psychiatric disorders, and there may be novel treatments in the near future.

Leveraging a novel mechanism of action, a new medication indicated for the treatment of psychosis is seeing success in clinical trials. The compound in question, KarXT, is an oral coformulation of xanomeline and trospium; it is being developed by Karuna.1

In the recent phase 2 trial, KarXT resulted in a statistically significant and clinically meaningful mean reduction in total Positive and Negative Syndrome Scale (PANSS) score compared with placebo.1,2 It also was well tolerated.

“The results of the phase 2 trial are impressive and encouraging because they indicate that KarXT, if approved, could represent a game-changing therapeutic advance in the treatment of patients with schizophrenia,” noted Jeffrey Lieberman, MD, chairman of the Department of Psychiatry at Columbia University’s College of Physicians and Surgeons and a member of Karuna’s scientific advisory board. “The effectiveness of antipsychotics has been limited by the frequent and serious side effects of first- and second-generation drugs, which are difficult for many patients to tolerate, are potentially harmful, and lead to high rates of discontinuation and relapse . . . In addtion to its novel mechanism of action, KarXT could be a new therapeutic option that has the potential to offer robust efficacy devoid of weight gain, metabolic effects and extrapyramidal side effects.”

Karuna is expected to conduct an end-of-phase 2 meeting with the FDA in 2020, with the initiation of a phase 3 trial by the end of the year.

Do not pass go

Meanwhile, the FDA did not smile favorably on Zimhi, the high-dose naloxone injection for the treatment of opioid overdose. The drug received a Complete Response Letter to its New Drug Application stating that the FDA could not give approval in its present form.3

The FDA questioned the chemistry, manufacturing, and controls (CMC) data, but no other clinical safety or efficacy issues were raised. The efficacy data presented by Adamis demonstrated that there were significantly higher and more rapid levels of naloxone in the blood with Zimhi than with similar interventions. The company also has overdose models, which suggest that higher doses of naloxone have the potential for more rapid and successful resuscitation when dealing with higher doses of fentanyl.4

“With a growing number of fatal overdoses as a result of more potent opioids like fentanyl, we believe there is an obvious need for higher dose forms of naloxone and we remain committed to bringing Zimhi to the market,” remarked Dennis J Carlo, PhD, president of Adamis Pharmaceuticals.5 “We believe the comments and recommendations stated in the CRL are manageable and plan to fully cooperate with the FDA. We remain committed to this product and our mission to provide physicians and patients access to a higher dose of naloxone. We will take the Agency’s suggestion and request a meeting as soon as reasonably possible to discuss our plan to resubmit the NDA.”

When it rains, it pours

SAGE-217 also suffered a slight setback when a phase 3, multicenter, double-blind, randomized, placebo-controlled study failed to reach its desired endpoint-statistically significant reduction from baseline in the 17-item Hamilton Rating Scale for Depression (HAM-D) total score as compared with placebo on day 15. The study examined efficacy of the compound for the treatment of adults (N = 581) with major depressive disorder, defined as The Montgomery– Ãsberg Depression Rating Scale (MADRS) total score of ≥32 and a HAM-D total score ≥2. SAGE-217 is an investigational oral neuroactive steroid (NAS) and a positive allosteric modulator (PAM) of y-aminobutyric acid A (GABAA) receptor.6,7

Initial data from the study were promising. The drug was relatively well tolerated; 54.2% of patients experienced serious adverse events compared with 48.9% of patients in the control group. Moreover, patients who received once daily 30 mg of SAGE-217 achieved statistically significant reductions in the HAM-D total score at days 3, 8, and 12 (P < .018). At day 15, patients improved 12.6 points on HAM-D while patients in the control arm achieved an 11.2-point improvement; there was no statistical significance with placebo (P = .115).

Sage-217 also shows promise for postpartum depression (PPD), with positive results from a phase 3 study. The company plans another phase 3 study in MDD, with an estimate completion date of spring 2021. “These study results reinforce that we have an active drug with safety data that are consistent with the two earlier pivotal trials in MDD and PPD,” Steve Kanes, MD, PhD, chief medical officer at Sage, said in a press statement.6 “As a designated breakthrough therapy, we are evaluating the path forward to more fully inform a potentially expedited pathway to approval, and any amendments we might consider to the ongoing SAGE-217 pivotal program.”

Back to some good news-two new agents to address Alzheimer disease have made strides in their clinical trials to move toward FDA approval.

Troriluzole, an oral, once-daily tablet that modulates glutamate, is being evaluated as a symptomatic treatment for mild-to-moderate Alzheimer disease.8 In December, the company announced the successful completion of a pre-planned interim futility analysis for the T2 Protect AD study. Led by the Alzheimer’s Disease Cooperative Study (ADCS) at the University of California San Diego School of Medicine, the study is an ongoing phase 2/3 clinical trial. To move forward, the drug had to show greater benefit than placebo on cognitive function as measured by the Alzheimer’s Disease Assessment Scale-Cognitive Subscale (ADAS-cog) or hippocampal volume as assessed by magnetic resonance imaging at 26 weeks.

Similarly, aducanumab, an antibody designed to target fibrils for removal, is also moving closer to submission for FDA approval, with the company hoping to move forward in 2020.9 In early studies, it was shown to clear amyloid from the brain. However, preliminary data in phase 3 trials suggested that the drug would not prove superior to placebo in slowing symptoms and underlying brain indications of disease, and the study was stopped.

But the winds are changing; in October, a new data analysis of the aducanumab study showed 30% less co cognitive decline in those receiving the highest dose of 10 mg per kilogram body weight than with placebo; brain scans also showed that participants had less tau and amyloid compared with their placebo counterparts.

There are mixed reactions on the aducanumab front, as scientists are curious about the specific data. Specifically, there are concerns about two complicating factors in the current analysis: the study ended early and the dosing was increased midway through the trial.

Still, clinicians have hope that both treatments will move along in trials and eventually there will be new options to help patients. Rebecca Edelmayer, director of scientific engagement for the Alzheimer’s Association in Chicago, said aducanumab represents “an important moment for the Alzheimer’s field,” and could have a “huge impact for patients and their caregivers.”9

Similarly, Howard Feldman, MD, Director of the ADCS and Professor of Neurosciences at the University of California San Diego School of Medicine and principal investigator of the study, noted, “Given the tremendous burden of Alzheimer’s disease on patients and families, as well as public health, it is imperative that we rapidly and efficiently study promising new treatments such as troriluzole.”8