A prominent forensic psychiatrist and the grandson of founding father Alexander Hamilton, Allan McLane Hamilton, MD, was a proponent for the use of nitrous oxide for diagnostic and therapeutic use.

LOOKING BACK TO LOOK FORWARD
THIS MONTH IN PSYCHIATRY

A prominent forensic psychiatrist and the grandson of founding father Alexander Hamilton, Allan McLane Hamilton, MD, died in Massachusetts on November 23, 1919. While perhaps best remembered as the author of The Intimate Life of Alexander Hamilton1, Hamilton and his contributions to public psychiatry are significant to contemporary physicians and historians.

Hamilton was born in Brooklyn, New York, on October 6, 1848, and graduated from the College of Physicians and Surgeons at Columbia University in 1870.2 Hamilton’s early medical work spanned the neurological sciences, and he went on to develop treatments for nervous system disorders such as epilepsy, headaches, and tremors.3

A psychiatry professor at Cornell Medical College, Hamilton became a psychiatric expert witness in several high-profile cases and was the first president of the New York Psychiatric Society.3 His patients included Presidential assassins Charles Guiteau and Leon Czolgosz, and other well-known public figures such as Joseph Robin and founder of Christian Science Mary Baker Eddy.2-5 A scholar and a practitioner, Hamilton authored many seminal texts, including Nervous Diseases (1878), A Manual of Medical Jurisprudence (1883), Types of Insanity: An Illustrated Guide in the Physical Diagnosis of Mental Disease (1883), The Modern Treatment of Headaches (1888), A System of Legal Medicine (1894), Railway and Other Accidents with Relation to Injury and Disease of the Nervous System (1904), and Recollections of an Alienist: Personal and Professional (1916). 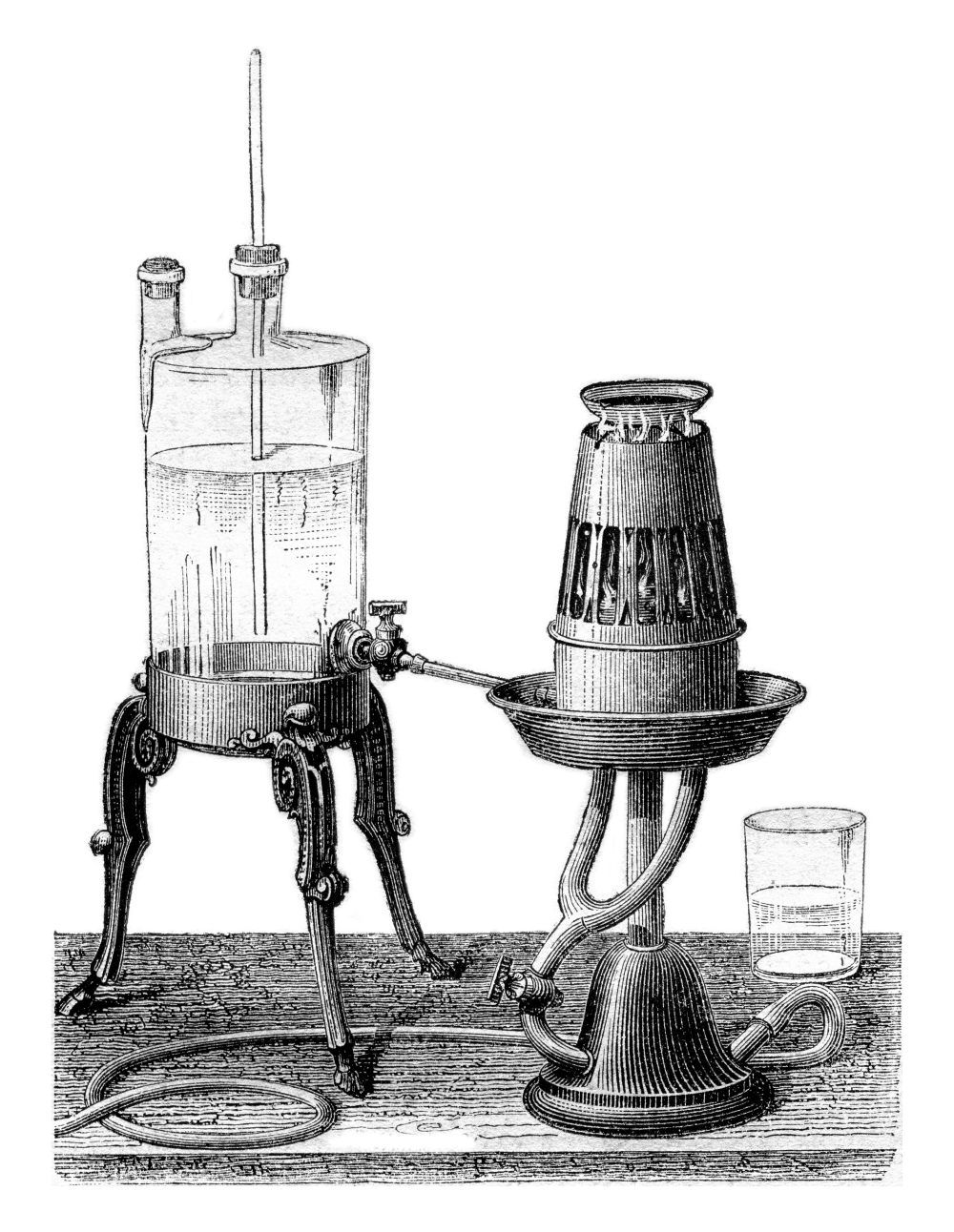 Historians have described the mid- and late-19th century as a period of “the asylum under fire.”6 Opponents of institutionalization criticized asylums, citing false imprisonment of mentally sane individuals, overcrowding, and inadequate funding and resources.6,7 Wary of being admitted to mental asylums, many individuals minimized their symptoms. Thus, psychiatrists were keen to develop new techniques to identify patients who might conceal a severe mental illness.

Perhaps motivated by his experiences as a forensic psychiatrist, Hamilton promoted treatments to help detect malingering in patients with mental illness. As such, Hamilton advocated for greater use of anesthetics in treating patients with mental conditions for diagnostic purposes.8,9 In a case report published in the New York Medical Journal, he argued that nitrous-oxide administration would cause patients who were attempting to conceal their delusions to escape hospitalization to “give prompt expression of not only delusions, but sometimes hallucinations.”9 Thus, Hamilton advocated the use of nitrous oxide to help distinguish insanity from malingering.

Moreover, Hamilton similarly advocated the use of nitrous oxide as a therapeutic agent.8 He and fellow physician, John Ellis Blake, MD, (1831-1880), also held that nitrous oxide demonstrated efficacy as a treatment for depression. In an 1880 case report published in the Medical Record, the 2 men recounted cases in which patients with affective symptoms such as depression, insomnia, “nervous exhaustion,” and “nervous debility” were stimulated by the administration of nitrous oxide.10 Blake and Hamilton noted that after these activating effects of the treatment subsided, the “patient recovers, and for the rest of the day feels decidedly brighter and more active. If he be depressed before the gas is given, or suffers from an attack of ‘the blues,’ the effect is much more marked.”10

Although it is unclear when nitrous oxide ultimately fell out of diagnostic and therapeutic use for behavioral disturbances and affective symptoms8,11, respectively, physicians and researchers have recently revived the use of nitrous oxide and other NMDA-receptor antagonists as rapidly-acting agents for treatment-resistant major depressive disorder. Several recent clinical studies may provide more evidence-based support for Hamilton’s early clinical observations.11-13

Dr Edwards is a resident physician in the Department of Psychiatry and Behavioral Sciences at Stanford University School of Medicine.

1. Hamilton AM. The Intimate Life of Alexander Hamilton. Scribner’s Sons; 1911.

5. Memoirs of a Famous Alienist, Dr. Allan McLane Hamilton’s ‘Recollections’ Throw Light on Some of the Historic Murder Trials in Which He Took Part. New York Times. 1917:11. Accessed October 7, 2020. https://www.nytimes.com/1917/01/14/archives/memoirs-of-a-famous-alienist-dr-allan-mclane-hamiltons.html

6. Porter R. The Greatest Benefit to Mankind: A Medical History of Humanity. WW Norton and Company; 1997.

7. Shorter E. A History of Psychiatry: From the Era of the Asylum to the Age of Prozac. John Wiley and Sons; 1997.

9. Hamilton AM. The detection of concealed insanity by nitrous oxide oxygen gas and other anaesthetics. NY Med J. 1888;47:87-89.

10. Blake JE, Hamilton AM. A preliminary report upon the use of dilute nitrous oxide gas in the treatment of melancholia and nervous exhaustion. Med Record. 1880;17:118.