Should hallucinogens such as ketamine, MDMA, psilocybin, and LSD be considered as treatment options for patients with mental illness? 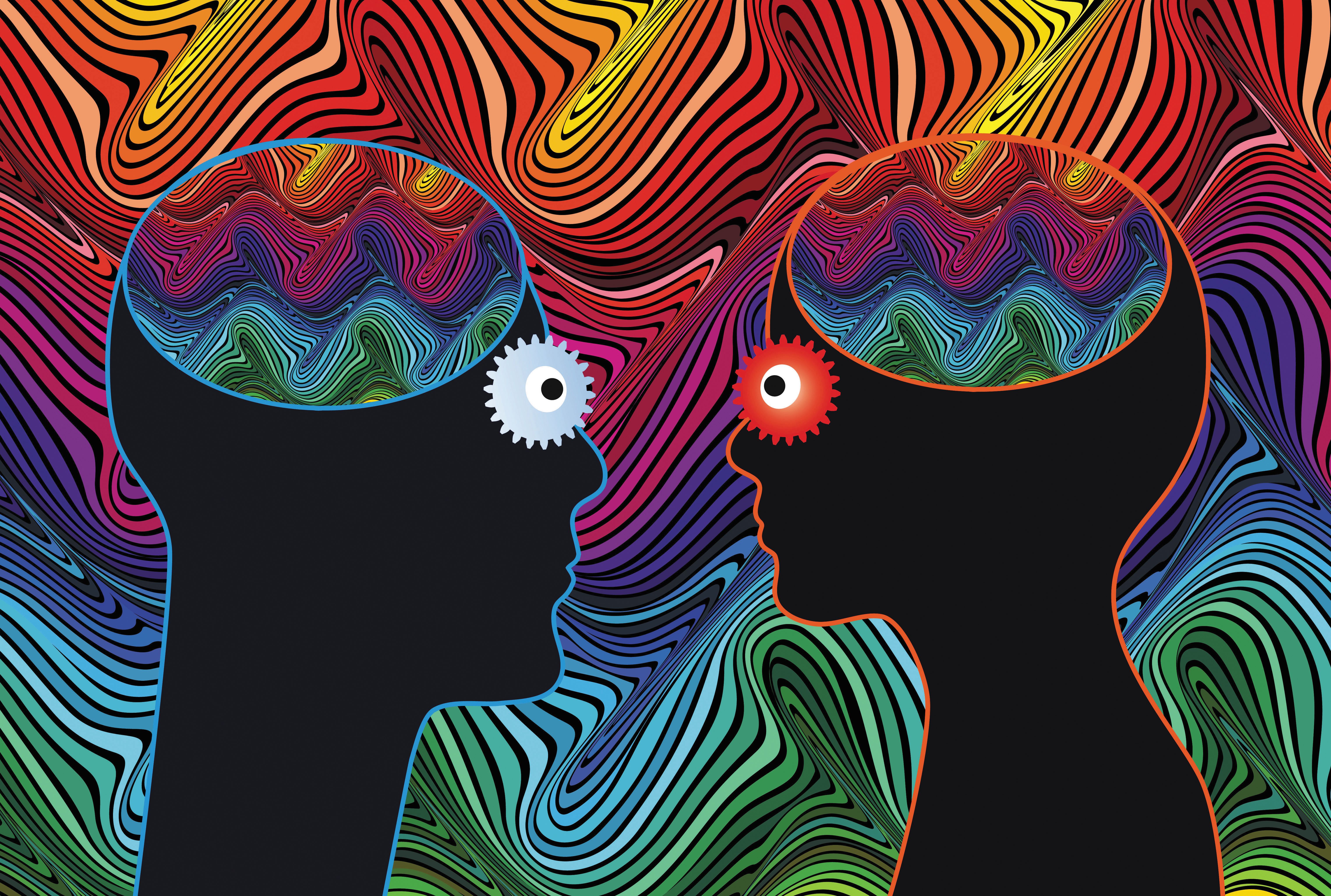 Not long ago I attended a conference at which a speaker expressed some reservations regarding the use of hallucinogens- such as ketamine, MDMA, psilocybin, and LSD-as treatment options for patients with mental illness. The speaker’s reservations stemmed from an apparent discomfort with the idea of prescribing substances that before now had been known primarily as substances of abuse. Without any hint of irony, the speaker went on to comment that he viewed benzodiazepines as one of the most effective treatments for patients struggling with anxious depression.

Despite the aforementioned discomfort with writing prescriptions that can lead to addiction, the use of potentially abusable substances has long been a staple of mental health care. The purpose of this article is to review some of that history, placing current discussions within a broader historical context, and to briefly examine ethical questions that such treatment raises.

Cocaine
Sigmund Freud was an enthusiastic proponent of cocaine as a mental stimulant and as a treatment for morphine addiction. In 1884, Freud noted that the euphoria brought about by cocaine “in no way differs from the normal euphoria of the healthy person” and that “no craving for the further use of cocaine appears after the first, or even after repeated taking of the drug.”2 Not long after Freud penned those words, the medical community became more aware of the addictive nature of cocaine. Freud later admitted that his advocacy for cocaine use “had brought serious reproaches down on me.”3 Cocaine fell out of favor and is currently not utilized in the treatment of psychiatric disorders. Cocaine is a schedule II drug in the US, but it can still be prescribed as a topical numbing agent.

Opioids
Before the advent of antidepressant medications in the 1950s, opioids had been used in the treatment of depression and anxiety. Once tricyclic antidepressants and monoamine oxidase inhibitors provided a more specific, nonaddictive pharmacologic option to treat depression, the use of opioids fell to the wayside.4

In the 1990s, tramadol, an opioid with a high degree of serotonergic activity, was studied as a treatment option for OCD.5 More recently, the lack of sufficient results from psychotropics focused on monoamine transmitter modulation has resulted in a renewed interest in opioids and opioid system modulation for the treatment of depression and suicidality.6 Time will tell whether this enthusiasm for opioids is tempered by the current opioid crisis.

Barbiturates
Barbiturates are CNS depressants with a lengthy history of being prescribed as anxiolytics and hypnotics, but the physical dependence generated by barbiturates was not widely recognized until the 1950s.7 These drugs were implicated in the deaths of celebrities such as Marilyn Monroe and Jimi Hendrix in the following decades.

The 1960s saw the development and commercialization of benzodiazepines, which eventually replaced barbiturates as anxiolytic-hypnotics in common psychiatric practice. Although no longer generally considered a preferred treatment for anxiety disorders, barbiturates are still prescribed by psychiatrists, for example in the treatment of severe alcohol withdrawal.

Hallucinogens
LSD was made commercially available as a psychotropic prescription in 1947 under the trade name Delysid. Recreational use of LSD as part of the 1960s counterculture resulted in the decline and prohibition of medicinal LSD use.

Before being designated as a schedule I drug in 1985, MDMA had been used as an adjunctive treatment in psychotherapy.8 Despite the restrictions placed on these drugs, hallucinogens have recently seen something of a renaissance in medical research, with ketamine notably being investigated because of its rapid effects in reducing suicidality.

LSD, psilocybin, and MDMA have been and continue to be investigated for potential benefits in psychiatric care.9 A breakthrough therapy designation by the FDA was granted to MDMA for treatment of PTSD in 2017.10

Although all of the mentioned hallucinogens are still under investigation, ketamine appears to have the most robust evidence supporting short-term efficacy in treatment-refractory depression. Recent findings suggest that ketamine’s antidepressant properties may be dependent on activation of opioid receptors, adding a layer of complexity and concern regarding its use.11 The use of other hallucinogens, albeit potentially promising, is stymied by their schedule I status and the need for additional research to increase clinical confidence in their use.

Although safety concerns exist, benzodiazepines have established efficacy not only for the treatment of anxiety disorders, but also for agitation/aggression, catatonia, and alcohol withdrawal.

Psychostimulants
Methylphenidate was synthesized in 1944. It was utilized in the 1950s in the treatment of depression, “senile behavior,” and narcolepsy.14 Later, the medication began to be used in the treatment of minimal brain dysfunction, the nosological precursor to ADHD.

Cannabis
Ongoing debates in the US regarding the therapeutic value of cannabis have included proposals for its use in psychiatric disorders. Although there is some interest in the potential role of cannabis in dementia-related behavioral disturbances and PTSD (with some states authorizing such use), current studies have not demonstrated robust results supporting efficacy for these purposes. Significant concerns also exist regarding the psychiatric adverse effects of cannabis, particularly the risk of developing psychotic illness such as schizophrenia when cannabis is used in adolescence.15

Aside from whole-plant cannabis, other cannabis-derived products have been investigated for use in neuropsychiatric conditions. A few small studies have examined nabilone, a synthetic endocannabinoid receptor agonist, with some initial findings suggesting benefits for sleep and nightmares in PTSD, although long-term tolerability remains unclear.16 An oral solution of cannabidiol recently received FDA approval to treat seizures associated with Lennox-Gastaut syndrome and Dravet syndrome.17 Although cannabidiol is a substance of interest for potential use in other psychiatric disorders including anxiety and addiction, additional data are needed to demonstrate its efficacy.18

Prescribing substances of abuse to treat psychiatric conditions has a lengthy history and continues to the present day. As noted, there are differences in the established utility and efficacy for each of these substances. Several of the mentioned substances are schedule I drugs. Others that are not include some being used off label. With this information in mind, the question is whether practitioners’ concerns about the use of a potential therapeutic agent relate more to a history of stigma against that drug than to other concerns? As well, are such concerns justifiable in light of the risks of addiction and abuse?

Such reflection may lead to an uncomfortable gray area in distinguishing therapeutic benefits from recreational highs. Drugs are addictive in part because they make the user feel “good” while under the influence of the substance. If a person is suffering from depression, isn’t the goal of treatment to make him or her feel “good” again? If so, what is the difference between the therapeutic resolution of depressive symptoms and the euphorogenic “high” of addiction?

Perhaps the best measuring stick is that of a patient’s social and occupational functioning. As DSM-5 repeatedly points out, symptoms become disorders when they lead to impairments in functioning. If the substance enables functioning in the spheres where a patient was previously disabled, the benefits of the drug may outweigh the risks. If, however, the use of a drug becomes an end unto itself, the drug is not likely serving a beneficent purpose in the patient’s life.

Psychiatry will likely continue to occupy the “gray area” of prescribing substances with therapeutic intent that could also be misused. An understanding of the drugs prescribed, their potential risks and benefits, and the patients taking these drugs is more likely to promote safe prescribing practices than resisting new psychopharmacologic paradigms will ever do.

Dr Weber reports no conflicts of interest concerning the subject matter of this article.

8. Amoroso T. The psychopharmacology of +3,4 methylenedioxymethamphetamine and its role in the treatment of posttraumatic stress disorder. J Psychoact Drugs. 2015;47:337-344. 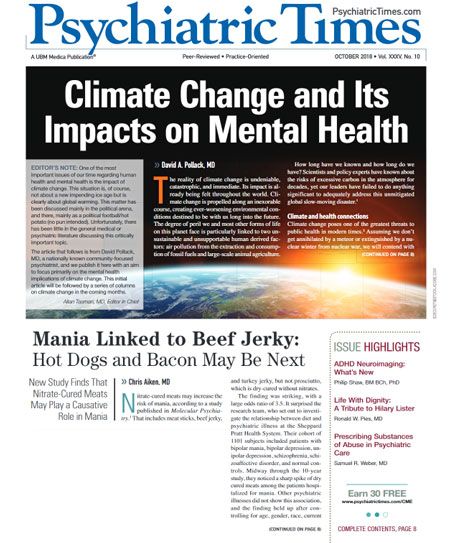