The Psychiatric Potential of Statins

Preliminary studies suggest that adjuvant treatment with a statin may be beneficial for patients who are also prescribed psychotropic drugs for depression and schizophrenia. 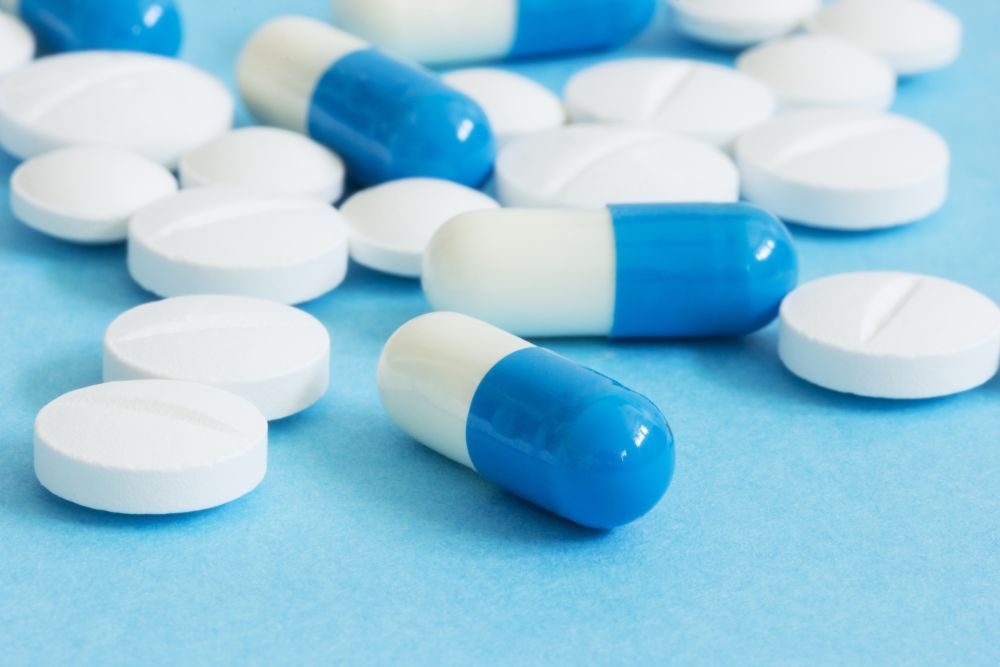 Decades of research have investigated inflammation and mental illness, suggesting that there is a robust and complex link. However, the link lacks diagnostic specificity and varies considerably among individuals, and with each stage of illness. Chronic, low-grade inflammation appears to precede the initial illness episode, at least in some individuals.1 Drugs that modulate the immune system may also affect an individual’s mood and have possible psychiatric adverse effects (AEs). Perhaps the best example is that interferon-α treatment of hepatitis C precipitates depressive episodes.2 Successful antidepressant treatment is associated with reduction in inflammatory markers.

Statins are best known as competitive inhibitors of 3-hydroxy-3-methylglutaryl coenzyme A (HMG-CoA) reductase. Statin treatment results in lower low-density lipoprotein cholesterol levels and in benefits to cardiovascular health. Statins also have anti-inflammatory mechanisms of action, including T-cell downregulation, suppression of cytokines, production of chemokines and C-reactive protein, and downregulation of transcription factors.3 In a post hoc, pooled analysis (N = 969) of data collected at baseline and at a 1-year follow-up from a study of patients with acute coronary syndrome, statin treatment was shown to reduce levels of interleukin (IL)-6 and IL-18. Raised levels of these cytokines appeared to predict depression after acute coronary syndrome.4 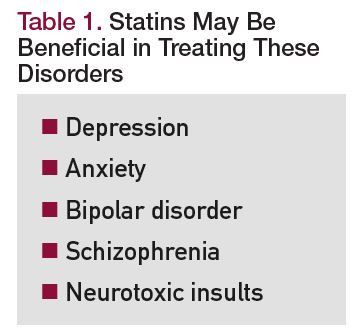 Table 1. Statins May Be Beneficial in Treating These Disorders

The Use of Statins in Schizophrenia

A trial comparing simvastatin (n = 33) with placebo (n = 33) in participants with schizophrenia treated with risperidone found significantly higher reduction in the first group in negative symptom scores (P = .003) and total score (P = .001). These results measured the time period from baseline to week 8, using the Positive and Negative Syndrome Scale (PANSS).11 Simvastatin did not significantly differ from placebo for treating schizophrenia in an underpowered study (N = 36).12

Two meta-analyses of statin add-on therapy in the antipsychotic treatment of schizophrenia have been conducted. Nomura et al identified 5 randomized controlled trials (N = 236) showing improvement of PANSS total score, but not of PANSS subscale scores.13 The meta-analysis included studies of atorvastatin, lovastatin, pravastatin, and simvastatin. Risperidone was used in 3 studies; antipsychotic use was varied or not reported for 2 studies. Shen et al identified 6 randomized controlled trials (N = 339) showing benefit for improvement of PANSS positive and negative subscales.14 The meta-analysis by Shen et al included all 5 trials from the Nomura et al meta-analysis plus an additional trial of simvastatin versus placebo.

Depression15 and anxiety16 have been associated with an increased risk for cardiovascular disease (CVD), independent of psychotropic medication use. This comorbidity is bidirectional, since depression is a common outcome after myocardial infarction and is also associated with higher comorbidity and mortality.17 In this context, treatment with statins may have an important dual purpose, with benefits to both mental and cardiovascular health. Evidence from a nested case-control study has shown that exposure to statins and aspirin is associated with a reduced risk of de novo major depression.18

Atorvastatin, lovastatin, and simvastatin are lipophilic, while pravastatin, rosuvastatin, pitavastatin, and fluvastatin are hydrophilic. The lipophilic statins readily cross the blood-brain barrier. Hydrophilic statins or their active metabolites may also be detected in the brain, although less readily. Laboratory studies have suggested that statins may be neuroprotective against a range of neurotoxic insults, but statins themselves may be neurotoxic at higher concentrations than those obtained at therapeutic doses.19 The best evidence that statins reduce markers of inflammation is derived from the JUPITER study of rosuvastatin.20 It is unclear whether brain penetrance or reduction in peripheral markers of inflammation is the more important mechanism in terms of potential therapeutic efficacy.

There is a potential for drug-drug interactions between statins and psychotropic agents (Table 2). Psychotropic agents with lower cytochrome P450 (CYP450)activity should be considered ahead of those with known strong CYP450 activity to reduce the risk of pharmacokinetic drug-drug interactions.21 Andrade suggests that risks of pharmacokinetic drug-drug interactions between selective serotonin reuptake inhibitors (SSRIs) and statins are negligible at standard therapeutic doses for escitalopram, citalopram, and paroxetine with rosuvastatin, pitavastatin, and pravastatin; there is possible but low risk of interactions for combinations of fluvoxamine with atorvastatin, simvastatin, or lovastatin.22 A study of blood specimens collected from elderly patients (N = 194) investigated the interactions between statins and antiepileptic drugs, including the mood stabilizers lamotrigine and carbamazepine. Carbamazepine, but not lamotrigine, significantly interfered with outcomes of statin therapy, with lipids reduced for patients taking either drug but significantly greater reduction in lipids for those taking lamotrigine.23 Risks of adverse events may be greater in elderly cohorts compared to nonelderly individuals.

In the clinical setting, medication changes, dose adjustments, and polypharmacy are common in psychiatric practice and are associated with a greater risk of adverse effects. Adding a statin to an existing regimen entails an additional risk that needs to be considered when the statin is first introduced and whenever there are changes to comedications throughout the course of treatment. Case reports on statins and psychotropic comedications have identified rare adverse events of rash,25 QTc interval prolongation,26 and rhabdomyolysis.27

Preliminary evidence, mainly from small studies, suggests that adjuvant treatment with a statin may be beneficial for individuals taking psychotropic drugs for depression and schizophrenia. People with depression, bipolar disorder, and schizophrenia are substantially more vulnerable to metabolic syndrome and earlier age of mortality than the general population, predominantly from CVD. Such medical comorbidities warrant aggressive prophylactic therapy with available agents, including statins. Thus, there is sufficient evidence to suggest that combining statin therapy with antidepressant or antipsychotic therapy may be sensible for patients with comorbidities when both pharmacotherapies are indicated. However, adjuvant treatment with a statin purely as an augmentation strategy for psychopharmacotherapy is still experimental. Although there is a good theoretical basis and promising preliminary data, further research is required, especially larger, multisite, placebo-controlled randomized clinical trials.

Dr Dodd is a principal fellow in the Department of Psychiatry, University of Melbourne, a clinical associate professor at the Centre for Youth Mental Health, University of Melbourne, and a clinical associate professor in the School of Medicine, Deakin University, Melbourne, Australia. Dr Giménez-Palomo is a psychiatrist in the Hospital Clinic de Barcelona in Spain and a researcher at IMPACT, Univer-sity Hospital Geelong, Australia. Dr Berk is the Alfred Deakin Professor of Psychiatry and director of IMPACT, the Institute for Mental and Physical Health and Clinical Translation, Deakin University, Melbourne, Australia.

1. Leonard BE. Inflammation and depression: a causal or coincidental link to the pathophysiology? Acta Neuropsychiatr. 2018;30(1):1-16. 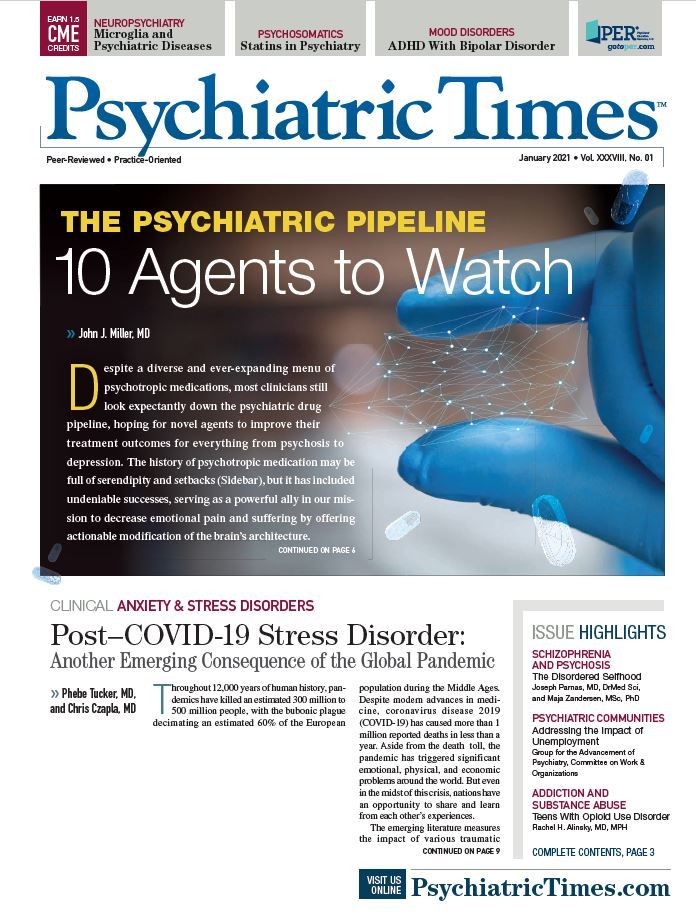 The Field as a Master Class in Interviewing
CAHOOTS: A Model for Prehospital Mental Health Crisis Intervention
The Promise and Potential of Emergency Psychiatry
ADHD in Patients With Bipolar Disorder: Genetics, Diagnosis, and Treatment
Talking to Patients and Rediscovering Disordered Selfhood in Schizophrenia
Physician Liability During COVID-19: What You Need to Know To Protect Your Practice
Improving Care in Teens With Opioid Use Disorder
Benzodiazepine Use and the Risk of Dementia
My Patient Lost Their Job…Now What?
Two Hundred Thousand
The Psychiatric Potential of Statins
A Quick Primer on the Serendipity of Psychopharmacological Development
Microglial Involvement With Psychiatric Diseases
Post-COVID Stress Disorder: Another Emerging Consequence of the Global Pandemic
The Psychiatric Pipeline: 10 Agents to Watch
Related Videos
Related Content