Psychiatrists in Paradise: A Review of the 2017 APA Annual Meeting

In the midst of 6 presentations this year, the author notices the elephant in the room. 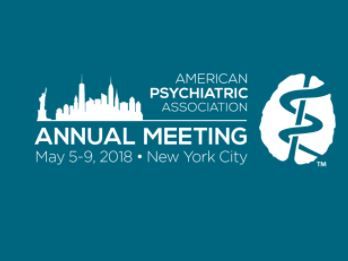 The moonlight sleeping on a midnight lake

The moonlight sleeping on a midnight lake . . .

Somebody cry why, why, why?

Friends, Psychiatrists, and San Diegans, lend me your eyes. I write not to roast the American Psychiatric Association (APA) Annual Meeting, but to praise me. After all, how could I criticize a meeting in which I made 6 presentations?

You would never know I was voted Most Modest in my High School class, would you? In all seriousness, 4 of my lectures were variations on burnout in psychiatrists and other physicians (one of these was a lecture/demonstration on the Balint group, one of the only evidence-based remedies for burnout). In addition, I gave a talk on self-disclosure in psychiatrists, as well one on Islamophobia from the perspective of a Jewish psychiatrist.

This year the APA chose to focus on burnout, following the lead of PsychSIGN-the organization of medical students interested in psychiatry. PsychSIGN had been addressing burnout for the last 2 years. In fact, I was asked to give the keynote address at their last 2 national meetings. It was a little like giving a guest graduation speech. I suppose, like the computer I can barely work, it is the young leading and teaching the old. To positively reframe it, we might conclude this delay in recognizing burnout was a blessing in disguise. After all, other medical specialties working on the burnout epidemic have failed to lower the rate. Is psychiatry to the rescue?

My last participatory session was for a Symposia on Islamophobia. What is a Jewish psychiatrist doing talking about Islam? I cannot apologize for my ancestral story of Abraham sending Ishmael, his first son by the handmaid Hagar, out in the wilderness. However, as our story goes, God did promise Ishmael to lead a nation thought to be Arabs. It seems to me we are still trying to resolve this family conflict.

For better or worse, the superb Muslim psychiatrist who organized this successful Symposia was willing to include me. Maybe that’s not so “crazy” since an editor of a major book company (though not our own APA press), asked me to develop a book on the subject.

I wished I had gone to the session on the Goldwater Rule, though after reading a post-meeting summary on it, I still couldn’t quite understand what I was ethically allowed to say about such public figures as President Trump. Could I comment on his behavior, but not a presumed diagnosis? No one in our Symposia called the Islamic extremists “losers,” as President Trump did-though the losers think they are winners even if they died in the process of homicide. The Muslim psychiatrists in our Symposia did say these terrorists didn’t represent the Islam that they knew.

Fortunately, I quickly went through registration the Friday before the meeting officially began. Others were not so lucky. Saturday morning, registration (reportedly contracted out to a San Diego company) had wait times of up to an hour, so attendees trickled into our Self-Disclosure Workshop, missing much of my presentation. At least the fire marshal didn’t close our session for overcrowding, as was the case in another session.

I had nothing to disclose on my APA presenters’ disclosure form. However, I have another opportunity to self-disclose right now. On the way to do a podcast on the subject, I was startled to pass a skin care company booth at the exhibition. First, the gut; now the skin and psychiatry? Was it another example of how our medical school training turned out to be so important? I asked what they might have for my wife, and maybe even for me. Could they get rid of the bags under my eyes for the podcast? Indeed, they said they could and they did, though the results were temporary.

I never did go to any of the Pharma-sponsored lunch presentations, mainly due to scheduling conflicts. So, there are no psychiatric pharmacy-related disclosures for me to make in retrospect, just a one-time skin product disclosure.

Now, if you were looking forward to the setting from the pictures in Psychiatric News of the Convention Center on the waterfront, or jealous because you couldn’t attend the Meeting, there was more to this than meets the eye. If you happened to walk to the outskirts of downtown, as my wife and I did, there was trouble in the pictures of paradise. The sidewalks were ringed with the homeless. At best, the weather is good here, perhaps an attraction of sorts to the homeless.

In hindsight, what I really should have submitted was a lecture on homelessness. There were no sessions on the topic that I knew of and, not surprisingly, no field trip to visit the homeless area. There were, though, sessions on other San Diego-related issues, including the military and the nearby Mexican border. Have most of us given up helping the homeless, half of which probably have mental illness? Out of sight, out of mind? “Hear no evil, see no evil, speak no evil”?

After the meeting, I felt guilty, even if I had nothing to do with it, and was haunted by this disparity. I tried to find out more about the homeless in San Diego. It is apparently the fourth highest in the nation, with the numbers climbing, a race that a city does not want to win. Seattle, Los Angeles, and New York are ahead, but are also much bigger cities in population. I wondered how a picture of the homeless in Psychiatric Newswould have changed our anticipation of the meeting. Or was it left up to us psychiatrists to use our skills to see what is behind such a surface presentation? Beauty can be only skin deep, as we all know.

Enough. Maybe I’ve already written too much. Maybe next year I should just be more of a spectator and not try to make it in New York, New York, as the song goes. I could already begin to complain that the Convention center in New York is too far from the fancy hotels. But, I can just cognitively reframe that. It is good exercise, which is good for our health and wellness. So why complain?

Where else can you learn as much about psychiatry, at least psychiatry in the United States, than at the APA Annual Meeting? At the time of our meeting, on Sunday, May 21, Ringling Bros. and Barnum & Bailey bid farewell to what was known as “The Greatest Show on Earth.” I would call the APA Meeting “The Greatest Psychiatry Show on Earth,” though the anti-psychiatrists might say our meeting is indeed a circus. Like elephants at the circus, we all have our own elephant in the room, do we not? Let’s take off those blindfolds.