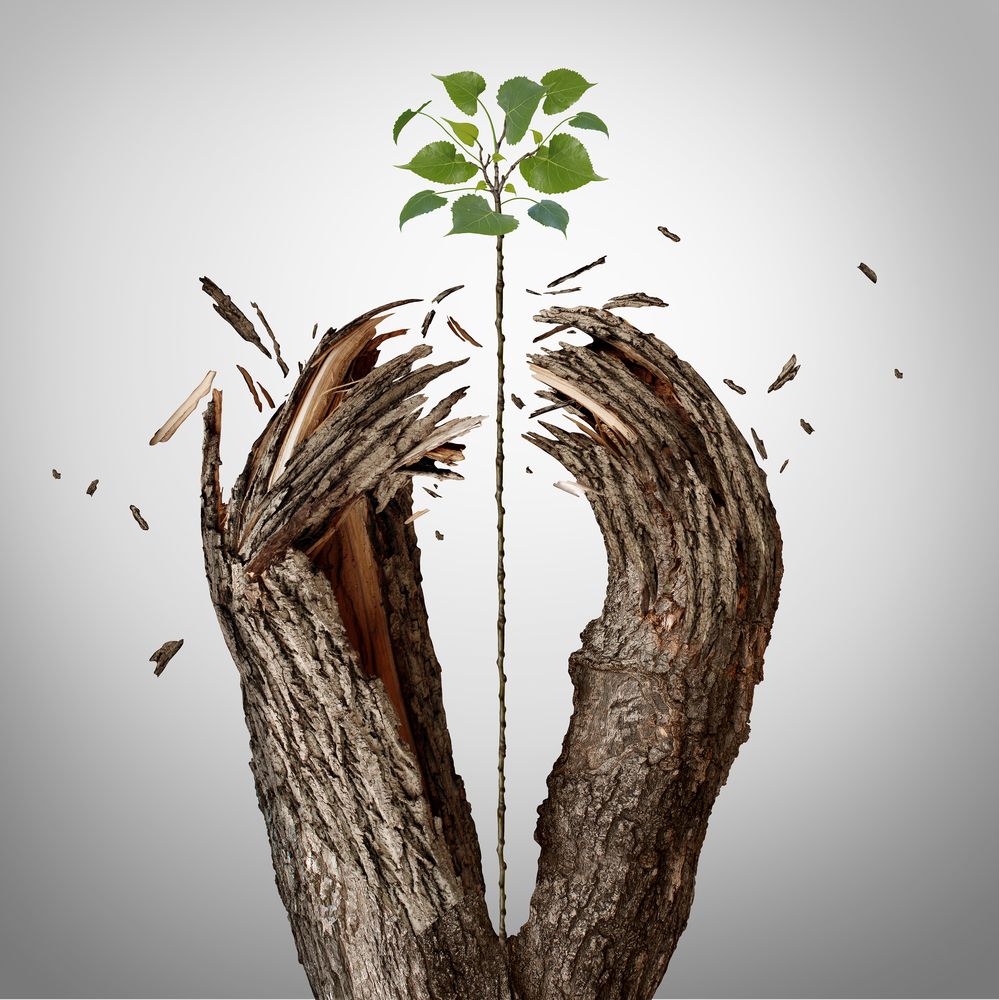 The poem “No Sympathy for Other” is inscribed on the face of the United Nations Building. The words were written by the Persian poet Saadi more than 800 years ago:

The sons of Adam are limbs of each other,

Having been created of one essence.
When the calamity of time affects one limb

The other limbs cannot remain at rest.
If thou hast no sympathy for the troubles of others
Thou art unworthy to be called by the name of a human.

We are interconnected. The worldwide COVID-19 pandemic has made that crystal clear.

The same is true for the worldwide crisis posed by climate change. Each crisis dramatically reveals the preexisting fractures in our society. Communities of color are first and most profoundly impacted by both COVID-19 and climate change and are least able to cope, respond, and recover.1 The roots that link climate change and COVID-19 are neither inherent to the virus, nor to the dynamics of global warming. The profound disparities are driven by social determinants and the socioeconomic and political structures embedded in our society.

As early as the mid-1970s, scientists began warning the world community about threats of climate change. Most of their predictions fell on deaf ears. Yet their predictions have been remarkably accurate. What the scientists did not accurately predict was just how quickly we would be facing the consequences. The impacts are not in faraway places, nor in the distant future. No longer can we turn a blind eye as the fury and frequency of climate-driven disasters intrude on our lives.

We are forced to face multiple crises simultaneously: the pandemic, climate change, and the effects of racism. The worldwide COVID-19 pandemic has triggered a massive international health crisis and fueled economic decline, in which escalating poverty and disparities of wealth are inescapable. Rightful rage about centuries of simmering structural racism has ignited a movement demanding urgent racial justice.

Nightly news broadcasts reporting on the daily death toll of COVID-19 keep us attuned to the presence of the pandemic. Since the climate disasters occur more episodically and are spread across different locales, it is all too easy to let concerns recede into the background. How much can we face at one time? Nonetheless, we cannot afford to ignore the climate crisis; physics and Mother Nature will not wait. We ignore this at our own peril.

Structural racism refers to the laws and regulations, the resulting systems, and the cultural practices and norms that result in differential access to resources, opportunities, power, and wealth.2 These are core sociopolitical issues that are embedded in American history and current society. The legacy of inadequately addressed racism has created the current intolerable disparities in our society, including marked disparities in health outcomes for communities of color. These structural components combine with the climate crisis to exacerbate the differential impacts that climate-driven events and disasters have on poor individuals and communities of color. Climate events act as threat multipliers, adding to and exacerbating current dangers.

Although we Americans are not unique in our capacity for racism, our history is built on genocide, slavery, colonialism, and the annihilation of what, in psychoanalytic language, is often called “the other.” Founded on principles of the Doctrine of Discovery and Manifest Destiny, European settlers saw the New World through voracious eyes.3 They hardly questioned the belief that what was here was for their taking. Progress was to exploit the land, expropriate the homeland from native occupants, and to extract the most out of African slave labor. Marching through time also meant the annexation and colonization of Brown communities. Later in 20th century, our foreign policy was dictated by securing alliances and controlling puppet governments for access to greater wealth and power. Examples abound in our efforts to control emerging countries in Central America and Southeast Asia.

Although the accumulation of wealth has been the preeminent economic driver of American imperialism, there are profound connections between psychic mechanisms and industrial capitalist growth. Enabling this quest for wealth, deeply embedded unconscious intra-psychic processes have allowed us to hold at arms’ length the historical suffering inflicted by genocide, slavery, and colonialism. These are the very same mechanisms in play when it comes to ignoring the destruction and aggression inflicted today on the communities that are most dramatically impacted by climate disruption.

Additionally, these same unconscious processes underpin our attitudes and our relationship with the natural world; destruction and aggressive plundering of our environment are all too common. We are left with damaged, scared, soiled places all the while feeling nostalgically perplexed about what has happened. What has gone wrong? How did the natural world, which previously brought solace and psychic restoration, begin to bring pain and mourning for the past? Note the new concept of solastalgia, describing that deep melancholic grief when experiencing the change to our natural environment, our earth home.4

Psychoanalyst Melanie Klein describes primitive paranoid-schizoid states that shed light the intra-psychic mechanisms operative in this realm.5 Only the “I” exists, and “the Other,” the mother, only exists as an extension of the desires and needs of the voracious infantilized self. Since there is no “other,” we are unable to experience other humans as brothers and sisters.

This infantile state also allows us to view the earth as nothing other than an inexhaustible source of supplies that exist for our pleasures. This has allowed us to take from Mother Earth endlessly and deny any limits on consumption.

Just as we have plundered the earth with willful disregard for the consequences, we have discounted the suffering of those who are most affected by climate ravages. Primarily, psychic defenses must minimize the suffering of people of color and keep our minds in a detached, distorted, intellectualized sphere. The false belief that African Americans do not experience pain in the same way that Whites do is an example of this psychic distortion.6 To retain our emotional comfort requires us to unconsciously experience “the other” in 2 dimensional and dehumanized ways, or worse, as nonexistent in our minds.

An Epidemic of Narcissism

We are also faced with a modern psychological epidemic within our society.7 Just as hysteria was the dominant psychic disorder during Freud’s time, we are now facing a modern epidemic of narcissism: a preoccupation with the individual or the self.

Narcissistic qualities are efforts to manage underlying, often unconscious feelings of inadequacy, inferiority, and insecurity. Such fragile states are managed through an inflated sense of superiority, self-aggrandizement, and a sense of entitled attitudes and behaviors. This requires undervaluing others to sustain the delicately inflated sense of self, often resulting in disregard for others and impairments of empathy.8

Such narcissistic qualities in individuals can be extended to broader manifestations seen in our socioeconomic-political groups. Isabella Wilkenson, the first woman of African-American heritage to win the Pulitzer Prize in journalism, builds on ideas of narcissism as she reframes the issues of racism through the lens of a caste system.9 As on the fixed rungs of a ladder, each knows his specified place in the caste hierarchy. For example, the decades of socioeconomic losses of the white underclass and working classes have threatened their previously more stable place in the caste hierarchy. Struggling with the greater economic disparities and insecurity have threatened whole communities. Reacting against mounting pressure for justice from communities of color, some white communities collectively manage these threats with the compensatory sense of superiority and entitlement. In the effort to keep out the pain that would come with loss of status, the downtrodden find solace in collective grandiose fantasy. Desperate attempts to restore the threatened equilibrium have unleashed the current white supremacy movement, along with its violence.

Psychoanalyst Donna Orange, PhD, PsyD, has linked racism and climate change with unconscious primitive narcissistic states.10,11 She describes these processes as states of “exaggerated entitlement,” reflecting attitudes of cultural superiority. The psychic states of denial and disavowal (knowing facts about climate change but experiencing the self as buffered from impacts) are dependent on this irrational sense of specialness and superiority which, she argues, is rooted in centuries of colonialism and slavery. Orange elaborates that we have been “morally numbed,” which contributes to our failure to deal with the climate crisis in general, and specifically the impacts of climate on communities of color.

The retreat to regressive psychic states in face of fears is not only ineffective in creating needed social solutions, but it also comes at great costs. Relying on fragile, unstable psychic structures cuts us off from the full range of feelings. Emerging from paranoid-schizoid position and narcissistic states allows for greater, more nuanced capacities to tolerate real limits, experience our common-ness, and recognize our dependency and interconnections with others and the natural world.

I suggest that we are all too vulnerable to regressive states when confronted by the magnitude and repeated assaults of climate disasters, and we must use our more mature selves to face the dual impacts of structural racism and climate chaos. It is tough to see, feel, and hold sympathy for the troubles of others. But as Saadi’s poem reminds us, we are “created as one essence,” and our “limbs cannot remain at rest” when others are in pain.

I reside in the traditional territory of the Ramaytush-Ohlone-Muwekma Nations and honor the ancestral community that inhabited and cared for this land. It is this dedication and awareness that inspired me to lead this series.

This collection of articles will highlight the specific ways various communities of color have been uniquely impacted by climate disruption. While the specific stories may be idiosyncratic, the shared interconnections cannot be lost. The final article will address some shared solutions.

We must rise to the challenge Saadi issued in his poem centuries ago, when he challenged us to be worthy “to be called by the name of a human.”

Dr Cooper is clinical associate professor in the Department of Psychiatry at the University of California, San Francisco.

9. Wilkerson I. Caste: the Origins of Our Discontents. Thorndike Press; 2021.