Psychiatrists and other mental-health clinicians are being increasingly called upon to respond to patients’ worries about the destabilization of many aspects of our world. 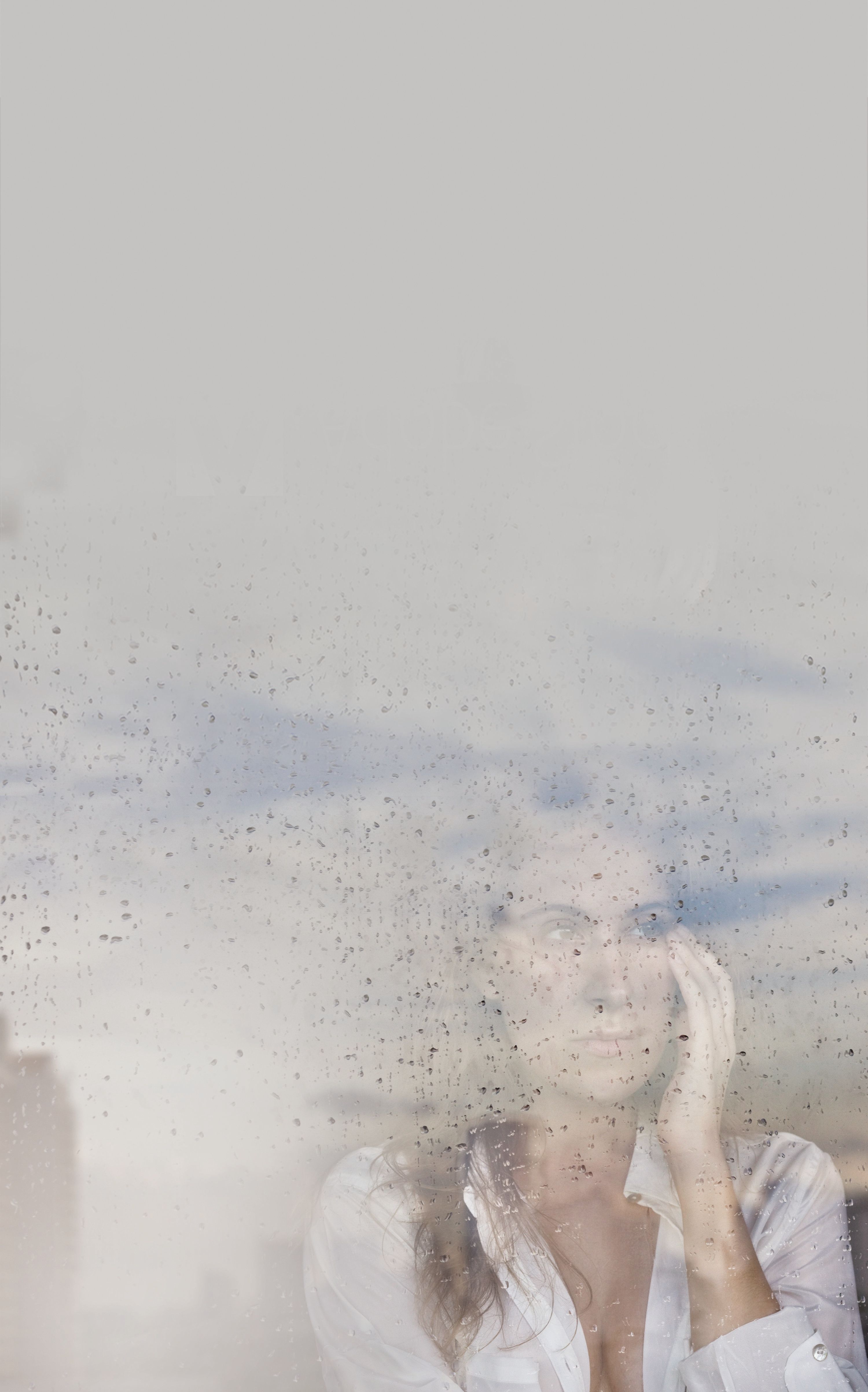 Editor’s Note: The mental health effects of climate change are immediate, long ranging, and complex. As a premiere psychiatric publication, we were compelled to provide crucial information on the psychiatric sequelae of climate change, which was the genesis of this exclusive series from the Climate Psychiatry Alliance (CPA). We urge you to follow the series in upcoming issues and our website as we cover climate-change related issues such as ethical implications and denial as well as transformational resilience.

Psychiatrists and other mental-health clinicians are being increasingly called upon to respond to patients’ worries about the destabilization of many aspects of our world. Within a longer series about the psychiatric aspects of climate change, this is the first of two articles dealing specifically with climate anxiety. The majority of Americans are now worried about climate change and a record 21%, one in five Americans, are very worried about climate change.1 Recent hurricanes, floods, and wildfires have been reminders of climate change. Although no one event can be solely attributed to climate change, the trend to more severe storms, more heat, and overall destabilization of the climate is clear.2

In the Room With Climate Anxiety: Part 2

Climate Change and Its Impacts on Mental Health

The Changing Face of Psychiatry in the Age of Climate Change

Why Psychiatrists Should Go Green

Our patients are exposed through the news, and sometimes via personal experience, to an increasing pace of climate disasters and species extinctions and to reports of inadequate response by leadership. Patients who are well informed also know that, because of the long existence of many greenhouse gases in the atmosphere and because of the many positive feedback loops in the climate system, we are not simply dealing with a “new normal” of increased heat, fires, flooding, and storms. Rather our collective situation is even more serious and urgent, in ways that are difficult to fully take in emotionally. Further adding to this large psychological task of grappling with the reality of climate change is the knowledge that we are all participating in the fossil-fuel–based social, cultural, and economic systems that have brought on and that are worsening this slow-moving disaster.

Understanding the anxiety resulting from this reality

Worry over climate change can be seen as appropriate and is usually not maladaptive. A quantitative and qualitative study done using online surveys showed that people who describe habitual worry about the environment can be functioning quite well. They tend to have pro-environmental attitudes and engage in “pro-environmental behavior.”3

From Australia, where there have been noteworthy droughts, came the first reported climate change delusion: a 17-year-old with delusional guilt about drinking water stopped drinking water.5 In a study of OCD patients in Australia, 28% of the participants in the study had spontaneous descriptions of OCD concerns related to climate change, such as compulsively checking to make sure that the faucets were all the way off or checking lights to make sure electricity was not being wasted.6 A quantitative study of Australians, half of whom lived in urban areas, documented significant distress over climate change, particularly among women, and in those aged younger than 35 years.7

Distress over climate change is described in a cluster of related terms such as “climate anxiety,” “eco-anxiety,” “eco-paralysis,” and “climate grief,” all of which could be considered psychoterratic syndromes. The term “psychoterratic,” coined by the philosopher Glenn Albrecht, refers to mental conditions arising from our relationship with the natural world. One so-called psychoterratic syndrome is solastalgia, another term coined by Albrecht. The word “solastalgia” joins the Latin word for comfort with the Greek word meaning pain. It refers to the distress one experiences when a well-known environment has changed and no longer offers the same solace. It is a kind of nostalgia one can feel while still at home, an experience of loss that can be very difficult to put into words.8

The concept of solastalgia is gaining a research base. A qualitative study of Great Lakes residents, using semi-structured psychoanalytic interviews of the residents, documented in their descriptions of their relationship with their environment an “arrested mourning.” Interestingly, these study subjects were individuals who were not particularly environmentally active.9

Place-based distress has also been documented in Australian family farmers, and in Australian residents of an area changed by mining.10 A quantitative study of emergency room visits in Kentucky suggested a greater risk of depressive and substance use disorders in areas where there was mountain top removal mining, a process that drastically changes the landscape.11 The study controlled for other demographic factors such as socioeconomic status.

Another proposed psychoterratic syndrome is the so-called nature deficit disorder, a term coined by the journalist, Richard Louv, best known for his book, Last Child in the Woods. He defines nature deficit disorder as the human costs of alienation from nature, claiming that there is a “diminished use of the senses, attention difficulties, and higher rates of emotional and physical illness” as a result of our being alienated from nature.

There is some support for this concept. There are many documented salutary effects of nature exposure, including effects relevant to psychiatric disorders and treatment, such as effects on attention, rumination, and social bonding. This topic of the mental health benefits of involvement in the natural world will be explored in a future article in this climate series.

A growing psychoanalytic literature is also exploring our relationship to climate change. In addition to other psychoanalysts, Sally Weintrobe, a British psychoanalyst, editor of the book Engaging with Climate Change, has recognized that climate change can be seen as a developmental issue. As Weintrobe describes it, just as in the development of the small child, we are collectively seeking to move from a relationship with nature as a “breast and toilet mother” to a more mature relationship where we recognize that Mother Earth has limits.12

Psychoanalysts are documenting climate distress. Rosemary Randall describes distress over the experience of ecological debt. Once someone becomes deeply aware of the fact that, in their ordinary Western life, they are engaged in activities that are negatively affecting the environment, harming both the people of today and future generations, it can be a crisis for the individual. She describes that sometimes this understanding of debt can lead to depression, masochism, or bitterness. She recommends “a sense of proportionality” about one’s guilt, including understanding the social problems that contribute to our situation, and describes how engaging in reparation in response to the sense of ecological debt can potentially reframe one’s identity.13

Psychoanalyst Susan Bodnar describes cases of climate distress in young adults who engage in self-destructive lifestyles because they feel hopeless about their future lives on what they see as a damaged planet. She recommends the “environmental metaphor” as a helpful therapeutic intervention. This involves linking the patient’s self-neglect and self-destructiveness to the behavior of humanity towards the Earth and emphasizing the importance of not perpetuating this pattern but instead fighting this neglect and abusiveness. For these patients, she emphasizes the importance of working on respect for limits, boundaries, and space within their own lives. These cases are explained by understanding that the environment functions as an internal object, just as parents or siblings do. Therefore, when the environment is being treated destructively, this can influence personality development in sensitive individuals.14

It is generally agreed that the mental-health effects of climate change, including climate anxiety, require more research. The astute reader will recognize many possible causes of climate-related distress in the above review, including the direct traumatic effects of extreme weather events, economic effects, possible physiological effects of heat, vicarious traumatization, in addition to concern for current and future generations and ecosystems. For research purposes one might wish to parse out the multiple pathways by which climate change affects mental health. However, when we deal with a patient in our office we must accept that the multiple pathways are often overlapping and intersecting.

Anxiety about climate change is a bit different than other anxieties we often treat, in that our goal should not be to eliminate what in this case is usually an appropriate anxiety. As therapists, we know the importance of exploring and validating people’s feelings in a process that can help them come into a clearer relationship with reality. This is no less important when patients are distressed about climate.

Many patients experience deep distress as they contemplate the suffering wrought by climate change and the circumstances their children and grandchildren are facing. Such patients require witnessing in a manner that does not minimize the real basis of their distress. In our work with these patients, witnessing and validating feelings is essential and also insufficient.

Given the threatening nature of climate change and its complexity, paralysis and hopelessness can easily occur. Throughout the literature on climate distress, experts counsel that we should foster active hope, emphasizing engagement. Whereas fear can produce a freezing response, action may overcome freezing via known neurophysiologic pathways.15 Failing to help the climate-distressed patient figure out what actions they can take may reinforce paralysis.

From a psychological point of view, engagement in concert with others should be recommended for two reasons. Relationships help provide containment for potentially overwhelming feelings. The second reason for doing this work with others is the phenomenon of disavowal.

In our awareness of climate change and its implications, we are all emerging from various degrees of disavowal, a defense mechanism described by psychoanalysts, whereby one both knows and does not know something at the same time. Being actively at work with others can foster ongoing engagement and mitigate discouragement. Otherwise one’s own tendency to disavowal can easily impede efforts, leading to further discouragement and distress.

What we can do to fight and prepare for climate change

Many communities and faith groups have climate-related organizations. The Climate Psychiatry Alliance website (climatepsychiatry.org) also lists many organizations that a concerned individual might join. Actions can be taken in many realms, including:

• Reducing the use of fossil fuels

Moreover, there are many specialized climate related projects within particular areas and professions that psychiatrists or patients can volunteer for or professionally pursue. An upside of the complexity of climate is that there are uses for everyone’s interests or skills. Any climate-anxious patients can be encouraged to engage in a way that feels right and empowering for them.

In part 2 of this discussion of Climate Anxiety, specific psychotherapeutic and countertransference issues in dealing clinically with climate change will be described.

Dr Lewis is Clinical Assistant Professor, Department of Psychiatry, University of Rochester, NY, and in private practice in Penn Yan and Ithaca, NY.

3. Verplanken B, Roy D. My worries are rational, climate change is not: habitual ecological worrying is an adaptive response. PLoS One. 2013;8:e74708.

15. Gorman SE, Gorman JM. Denying to the Grave: Why We Ignore the Facts That Will Save Us. New York: Oxford Press; 2017.