Seeking Help Is Not Weak

Dak Prescott of the Dallas Cowboys spoke up about his mental illness and was questioned. Dr Calhoun argues his bravery should be commended, not criticized. 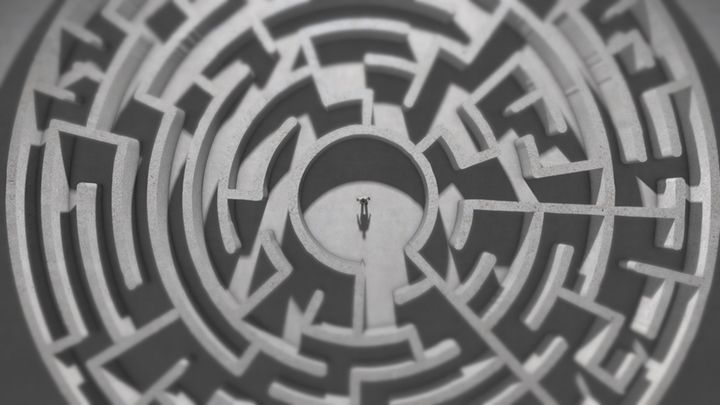 “I’m strong and I don’t need your help. I just want to go home. I’m fine…” I sat next to my new patient, who had just been admitted to the hospital after a suicide attempt. His dark brown eyes avoided my concerned gaze as he quickly rolled down his sleeves, hiding fresh bloody streaks across his wrists. He was far from fine.

“I have no doubt you are strong,” I said.

As a psychiatry resident, I spend just as much time—maybe more—convincing people that mental health treatment does not equate to weakness or some societal flaw, as I do in the actual psychiatric treatment. Stigma around psychiatric illnesses runs deep and is ingrained in our society, from horrific tales of shrinks passed down in communities to negative and inaccurate portrayals of mental illness in the media. In fact, TV characters living with mental illness are significantly underrepresented, with a recent study showing that less than 2% of film characters and less than 10% of TV characters have psychiatric illnesses.1 The characters with mental illness are often portrayed in stigmatizing and inaccurate ways, associated with words such as “crazy” or freak.”1 As such, I have my work cut out for me when I explain to patients that psychiatric treatment should be viewed the same way as any other medical treatment. According to the media, and even amongst healthcare providers and students2-4, psychiatric illnesses are different–in a bad way.

For this reason, I was disappointed, but not surprised, to read Skip Bayless’ statement towards Dak Prescott, the quarterback of the Dallas Cowboys. Dak bravely revealed his struggle with anxiety and depression during the pandemic and after the suicide of his brother and football inspiration, Jace Prescott. On FOX Sports’ “Undisputed,” Bayless questioned Prescott’s ability to be a leader after his self-disclosure of mental illness. Not only was this comment insensitive, it is inaccurate. In fact, Prescott’s decision to discuss his own mental illness struggles likely resulted in others seeking care. More than 7% of Americans have suffered a major depressive episode, and more than one-third did not receive treatment.5 Self-disclosure of mental illness is a powerful form of storytelling and has been shown to reduce stigma and increase normalization of mental illness, increase education and awareness, inspire others to seek care, and encourage advocacy.6-8 In fact, in my recent paper with Jessi Gold, MD, we argue that psychiatrists should work with the media to promote positive portrayals of mental illnesses.9

Bayless’ comment further illustrates this widespread notion that being a masculine leader of football does not allow for mental illness, which I believe is far from the truth. A meta-analysis showed that individuals who upheld masculine societal norms were less likely to pursue mental health treatment10, and this needs to change. Prescott explained beautifully that not being truthful about one’s struggles is being a “fake leader,” and his strong statement will join those of Dwayne Johnson, The Rock, Kevin Love, and Michael Phelps in encouraging men to seek mental health treatment.

Additionally, as a Black and Mexican-American man, Prescott represents 2 different underrepresented groups and serves as a powerful voice for those populations. The Black American and Latinx/Hispanic populations are known to struggle with seeking mental healthcare.11,12 For Latinx/Hispanic individuals, language barriers as well as legal status play a role in their comfort in seeking mental health care.11 Black and Latinx/Hispanic TV or film characters with psychiatric disorders are vastly underrepresented in the media compared to their white counterparts.1 Fortunately, celebrities such as Ariana Grande, Taraji Henson, and Jada Pinkett are among some of the Black and Latinx celebrities that have led the charge in normalizing mental illness in Black and Latinx communities.

For Black Americans, there is even more to the story. In addition to stigma, even when Black Americans do seek care, they may not continue to engage with the mental health system. This is due to a myriad of issues, including the fact that Black patients are less likely to receive the same quality of care as white patients, racial discrimination by largely nondiverse mental healthcare providers, and a justified mistrust of the medical system.13,14 Psychiatry itself has a history of using mental illness as a way to dehumanize Black Americans. African slaves fleeing their slaveowners were said to be suffering from a mental illness known as drapetomania.15 Benjamin Rush, MD, known as the ‘father of psychiatry,’ believed that being Black was a disorder that he called “negritude.”16 During the Civil Rights movement, haloperidol was marketed as a medication for “protest psychosis,” with an advertisement of a cartoonish, angry Black male, as a means of quelling Black protests for basic human rights.17 Today, disparities in psychiatric treatment continue to exist due to racism. Black patients are more likely to be diagnosed with psychotic disorders, like schizophrenia, compared to their white counterparts with comparable presentations18, and Black children are thought to be over-diagnosed as having oppositional defiant disorder.19 Given that Black children as young as 5 years old are more likely to be seen as aggressive compared to their white peers, this finding is not surprising.20

Dr Calhoun is a second year Psychiatry resident at Yale School of Medicine/Yale Child Study Center in the Adult/Child Albert J. Solnit integrated program. Dr Calhoun’s research centers on the improvement of mental and physical health outcomes in Black Americans by targeting the trauma of racism. Dr Calhoun calls herself an ‘activist trainee’ and through public speaking and writing, exposes current and historical racism in the medical system. She firmly believes that all doctors should be activists and promotes the integration of social justice teaching with medical education.