Sex Orientation Change Therapy: Back in the Headlines 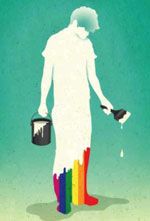 Recently, Spitzer wrote Kenneth Zucker, PhD, editor of the Archives of Sexual Behavior, that he now judged the major critiques of his study, published in that journal 9 years ago, as largely correct.2,3 The “fatal flaw” of my study, Spitzer wrote, was that there “was no way to judge the credibility of subject reports of change in sexual orientation.”

In the early 1970s, Spitzer opposed the “prevailing orthodoxy” in psychiatry by leading the efforts to remove homosexuality from the official list of psychiatric disorders. The APA removed it from DSM-II and replaced it with the category of “sexual orientation disturbance.” Spitzer, who went on to chair the DSM-III task force, was lauded for his contributions to the gay/lesbian cause.

Yet 30 years later, he found himself perceived as the “enemy of the gay community and of many in the psychiatric and academic communities” because of his study presented at the APA’s 2001 annual conference and as a later journal article examining whether some homosexuals can change their sexual orientation. His primary motivation for doing the study, he told Psychiatric Times, was curiosity as to whether homosexuals could, in fact, change their sexual orientation with reparative therapy as some have claimed.

In his 2003 article, he wrote that in the self-selected sample of 200, there was evidence “that change in sexual orientation following some form of reparative therapy does occur in some gay men and lesbians” and that almost “all participants reported substantial changes in the core aspects of sexual orientation, not merely overt behavior.”

Because of the controversy, Spitzer’s study was published as a “target article,” accompanied by 26 peer commentaries and followed by Spitzer’s reply.

Since then, some mental health professionals (eg, psychologist Joseph Nicolosi, PhD, originator of reparative therapy) and organizations (eg, Parents and Friends of Ex-Gays and Gays) have used Spitzer’s study as evidence to support the efficacy of reparative therapy, sometimes called “sexual reorientation” or “conversion therapy.”

Over the years, Spitzer became increasingly concerned about his study conclusions. Last March, he talked with Gabriel Arana, a reporter with the American Prospect, who confided to him about his own damaging experiences with reparative therapy.

“That [conversation] tipped me over,” Spitzer said. “I realized it wasn’t enough for me to just quietly have my own doubts. I had to face up to questions of whether the study conclusions were justified in any way. I decided they were not, and decided it was up to me . . . to make clear that my views had changed.”

Reader comments on the Times’ article generally have been extremely positive, Spitzer told Psychiatric Times. He has read about 400 of the 622 comments and said the majority congratulated him for being flexible enough to admit mistakes at the age of 80. Spitzer is upset with such groups as Parents and Friends of Ex-Gays for failing to delete his study and videos from their Web sites, when they know he has changed his views.

Introduced by Sen Ted Lieu (D-Torrance), SB 1172 prohibits a mental health provider, as defined, from engaging in sexual orientation change efforts, as defined, with a patient under 18 years of age, regardless of the willingness of a patient, patient’s parent, guardian, conservator, or other person to authorize such efforts. On May 30, 2012, the Senate approved the bill 23-13, after deleting informed consent requirements for adults and possible legal actions against providers.

Lieu said he authored the bill because he heard of gay, lesbian, and bisexual youths committing suicide or living in depression after therapists pressured them with guilt to change their sexual orientation.

Asked about Spitzer’s reassessment, Lieu said, “Dr Spitzer was the only person who brought any legitimacy to reparative therapy, so the renouncement of his study helps to indicate that reparative therapy, conversion therapy, and all other forms of sexual orientation change efforts are truly junk science.”

Spitzer told Psychiatric Times that reparative therapy isn’t much used anymore, except by those “who are in some Christian setting.”

The idea of banning a particular kind of psychotherapy did not appeal to him.

“I don’t know how you would enforce a ban on such therapy, since you might not even know about it, and I think it is already adequate to have professional mental health organizations condemning it,” he said.

Spitzer was referring to the APA’s 2000 position statement noting that homosexuality per se is not a diagnosable mental disorder and that in the past 4 decades, “reparative” therapists have not produced any rigorous scientific research to substantiate their claims of cure. Until such research becomes available, the APA recommends that “ethical practitioners refrain from attempts to change individuals’ sexual orientation.”

The California Psychiatric Association (CPA) maintains an oppose unless amended position regarding SB 1172.

“The CPA along with the California Psychological Association, the California Association of Marriage and Family Therapists, and the California Association of Licensed Professional Clinical Counselors are seeking less broad and more tightly focused, amended language regarding the definition of ‘sexual change orientation effort’ in SB 1172,” said Randall Hagar, the CPA’s Director of Governmental Affairs. “The aim of this amended language would be to reduce-if not eliminate-the possibility of inadvertently inhibiting or having a chilling effect on legitimate conversations about gender identity and sexual orientation between a therapist and patient. Legitimate conversations that would not have as their aim the changing of sexual orientation or which might be based on the prior notion that homosexual orientation is a pathology and/or ought to be changed.”

“The current definition in the bill,” Hagar added, “would potentially cause any therapist who wanted to explore these issues with a patient to have concern about whether those conversations were permitted, and would raise concerns about potentially subjecting a therapist to liability and also perhaps sanctions against his or her license to practice.”

Jo Linder-Crow, PhD, Executive Director of the California Psychological Association, told Psychiatric Times that a legislation ban against a particular kind of therapy “is frankly not good policy,” and sets a dangerous precedent. She emphasized that licensing boards in the different states are already charged with handling complaints against mental health professionals and initiating disciplinary actions.

While Lieu, the CPA, and other professional organizations seek common ground, the National Association of Research and Therapy of Homosexuality, which supports reparative therapy, called on its supporters to “bombard” Assembly members and urge no votes on the bill, because it runs “roughshod over professional judgment and parental choice.”7

As of press time, the Assembly Rules Committee was expected to assign SB 1172 to a policy-review committee soon, which will probably conduct a hearing in July or August. If approved by that and possibly other committees, the bill would come to a full vote in the Assembly no later than end of session or August 31.

Spitzer RL. Spitzer reassesses his 2003 study of reparative therapy of homosexuality. Arch Sex Behav. 2012 May 24; [Epub ahead of print].