Spirituality in the Psychiatric Office

Does psychiatry have an implicit bias about religion? 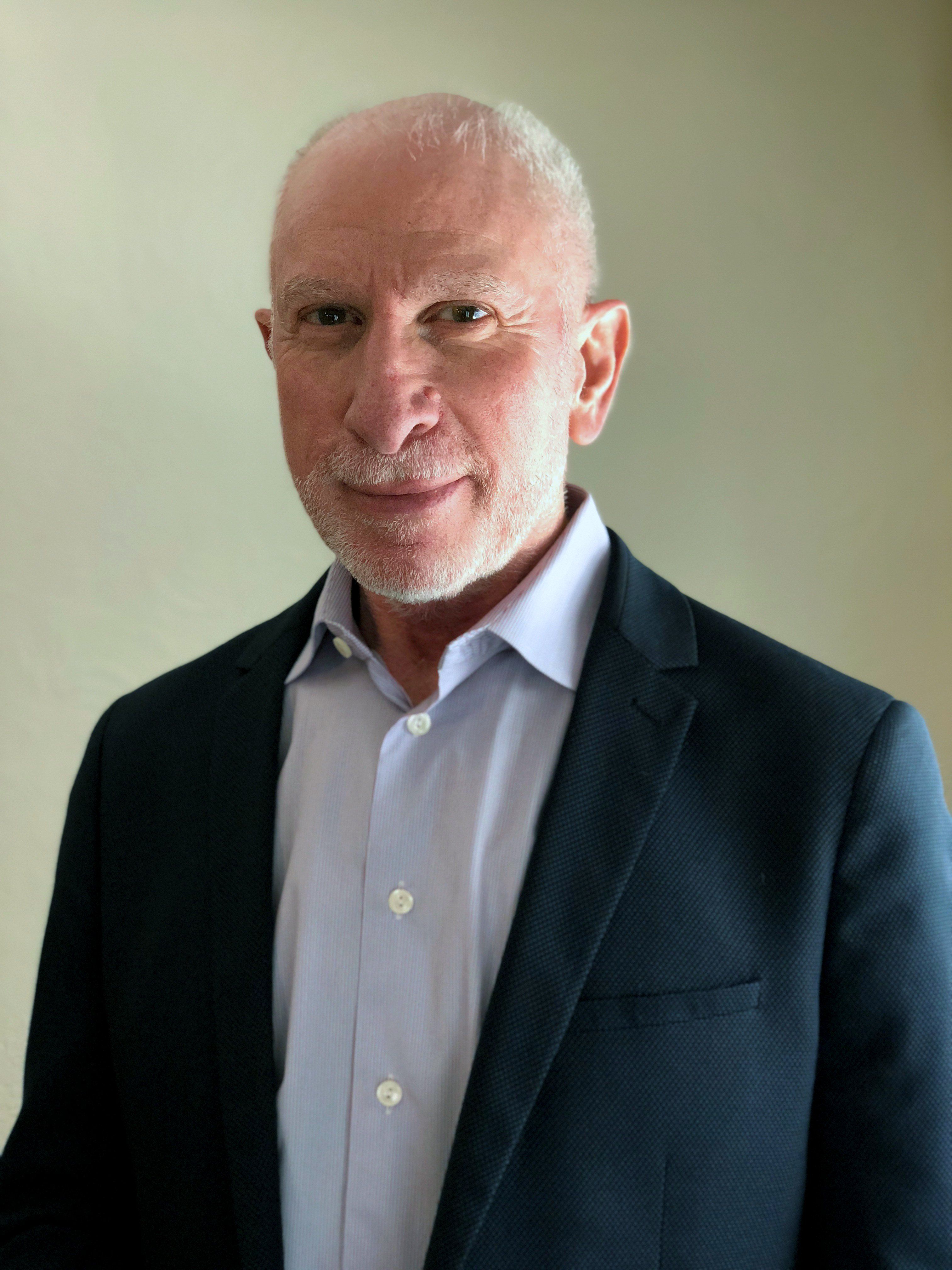 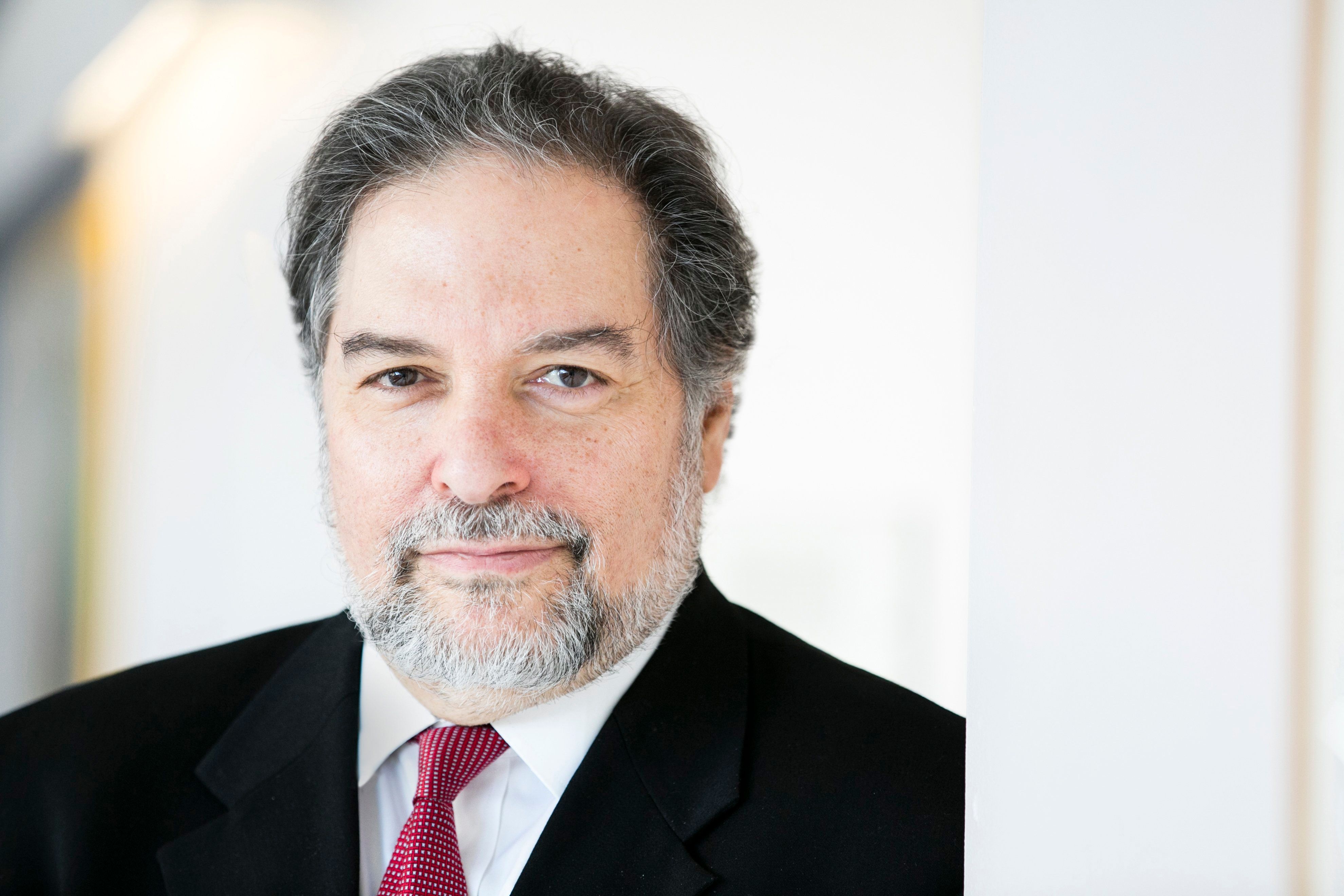 Lloyd Sederer, MD: Faith, spirituality, even religion, seem an uncommon subject in the psychiatric office. I know you have thought about this matter a great deal. How do you understand their absence?

Paul Summergrad, MD: Including spiritual or religious information in medical training or exams is limited. It may appear in a perfunctory way in the review of systems, but since it is rarely an etiological factor in general medical practice, its role is limited. In that sense, psychiatry is not particularly unique. If there is a distinctive discomfort in psychiatry with spirituality it may derive, in part, as a vestige of the traditional psychoanalytic view of religion being almost a culturally sanctioned form of neurosis. Today, psychoanalysis does not have the power it once did, and it surely is no longer ubiquitous. Another challenge for psychiatry is more obscure: which is that in certain psychiatric disorders-mania and schizophrenia to name two-it is not uncommon to have delusions with religious or spiritual elements, phenomena which may make spirituality seem more suspect than other considerations.

Lloyd Sederer, MD: How do you define spirituality? How is it different from religion?

Paul Summergrad, MD: I am not sure that I have an exact distinction. In general, I would suggest that spirituality is linked to a sense of meaning, purpose, ineffability, or (potentially) experiences of unity with the world, even grace. While religious experiences may include all of these elements, religions are often viewed as a specific set of beliefs, often within a ritual or communal canon, including accompanying texts and an ordained clergy.

Lloyd Sederer, MD: Do you think psychiatry has an implicit bias about religion? Not just Freud and his followers. If so, what are we foreclosing from our clinical conversations with patients, given that religion (or faith) is so highly prevalent, especially in the US?

Paul Summergrad, MD: I don’t know if it is implicit. But it can be, at times, uncomfortable to discuss. First, it is not scientific per se, in that it doesn’t derive from experiment, clinical observation, human biology, or controlled clinical trials. The essence of religious experience is just that, namely experiential, and further refracted through individual consciousness. This seems especially so in the founding of religions. But eschewing religion in psychiatric practice does, I think, risk alienating psychiatrists and other mental health professionals from many patients and their families. Because of the great comfort or meaning they can derive from religious communities as well as the capacity to seek solace from pastors, priests, rabbis, Imams, and others.

Lloyd Sederer, MD: If a bias exists, how can we recognize it? What are we missing as a result?

Paul Summergrad, MD: It is a general principle of good care to meet people where they are. If they are medically ill, we may see them on a medical unit or an ICU. In communities, we may encounter patients in clinics or in outreach to underserved areas. Or it may be on college campuses. And in jails and prisons. Those patients who are religious, or members of their faith communities, are no different and should not be deprived of our or other physicians’ and clinicians’ expertise. Especially in the United States, where religious belief and the seeking of guidance from religious leaders is a more frequent event than in many other countries. It is, thus, essential that we have an effective means of communication with religious communities.

Lloyd Sederer, MD: Have effective service partnerships been achieved between clergy and psychiatrists? How can each group benefit when that happens?

Paul Summergrad, MD: First, by communication and establishing (where possible) a common language-or at least understanding differing perspectives. That was certainly the goal when I was president-elect of the American Psychiatric Association (APA), when we convened a gathering of clergy, other faith leaders, patients, and patient advocates with a group of distinguished psychiatric leaders. Our first goal, which remains the same, was to establish a dialogue and recognize common goals. Our work group developed a guide for faith-based leaders, which can be found and downloaded without cost from the APA website at https://www.psychiatry.org/psychiatrists/cultural-competency/faith-community-partnership.

Lloyd Sederer, MD: While human suffering is ubiquitous, must it derive from having a mental illness?

Paul Summergrad, MD: I think we need to be very circumspect in attributing all psychic suffering to mental disorders. There is certainly great suffering that is associated with mental disorders, and the boundary between mental disorders, and existential, developmental, or spiritual suffering can be hard to define. There is, as well, considerable intrinsic suffering associated with being alive, as a result of illness, loss, disappointment, and mortality. Some of that can lead to what we would think of as psychiatric disorders. But not always. So, we need to remain humble in the face of the great complexity of human life and, frankly, its many mysteries. It is similar to what the Pali canon, the earliest strata of Buddhist scriptures, call Dukkha or suffering.

Lloyd Sederer, MD: How do you understand the role of faith and spirituality in recovery? In recovery from addiction, mental illness, and trauma (including human and natural caused disasters)?

Paul Summergrad, MD: I don’t have an answer for this. If we accept, as we must, that there is tragedy, limitation, and pain intrinsic to life due to loss and the impermanence of all phenomena, then achieving some sense of meaning or purpose in the face of suffering becomes a needed and necessary activity. While faith and religion-or the sense of a larger surround of meaning or purpose-may support people through difficult times, there are of course many other things that can do this as well-by helping to establish community (including religious communities) and, when needed, excellent psychiatric care as well.

Lloyd Sederer, MD: How did spirituality gain its important place in your life, as a man and as a doctor?

Paul Summergrad, MD: Certainly, it was part of the existential and developmental crisis when I was in college during the 1960s. That began my burgeoning interest in spirituality. I came from a very Jewish but secular background, yet found that I needed to explore, in a personal and extended way, my deepest beliefs about the world, myself, and what I understood was my purpose in the world. I spent several years doing intensive Zen Buddhist meditation, which paradoxically led me back to a long-standing interest in psychiatry as well as my resurgent connection to Judaism as a religious tradition. I have written about this and also discussed it at some length in an interview I did with Ram Dass in 2014: https://www.youtube.com/watch?v=NhlTrDIOcrQ&t=5s

Lloyd Sederer, MD: You and I have had some interesting conversations about psychedelic drugs, like psilocybin and LSD. A powerful mystical experience from ingesting these agents seems to be a predictor of overcoming severe depression and anxiety (including OCD), fear of death in terminally ill patients, and addiction to tobacco and perhaps other substances of abuse. What do you think is going on in the mind and brain when that happens?

Paul Summergrad, MD: This is certainly a very interesting area and one that is now getting far more intensive research, including clinical trials and neuroimaging. It is a complex undertaking in part due to the schedule 1 nature of these compounds. We have a large body of evidence about psychedelic agents in the US during the 1960s. We also have learned about their use in traditional religious ceremonies in several native US and South American cultures. The likelihood of their clinical benefit will be determined by well-designed clinical trials. Our understanding of their impact on human consciousness and neurocircuitry will, likewise, depend on the replication of some early findings that suggest that intensely spiritual experiences are associated with clinical improvement in depression and anxiety. In addition, such intense experiences are associated with neuroimaging findings of resetting the default mode network. Certainly, in part, the interest in these compounds has come at a time when we greatly need new agents in clinical neuroscience. Examples include work already underway with existing compounds like ketamine, MDMA, as well as classic psychedelic agents, like psilocybin and LSD.

Lloyd Sederer, MD: Why has this subject seemed to have surfaced more so recently? How do you understand its prominent focus at this year’s Annual Meeting of the American Psychiatric Association?

Paul Summergrad, MD: I am not sure of how much this is gathering attention at present, although I do think there is greater comfort in the culture in general with personal or self-disclosure.

Paul Summergrad, MD: I am grateful for the opportunity to talk with you and especially for the chance to practice psychiatry and work with so many wonderful colleagues, trainees, and patients. If I hadn’t had the chance to undergo what I experienced early in my life, I am not sure it would have all felt as right or meaningful. 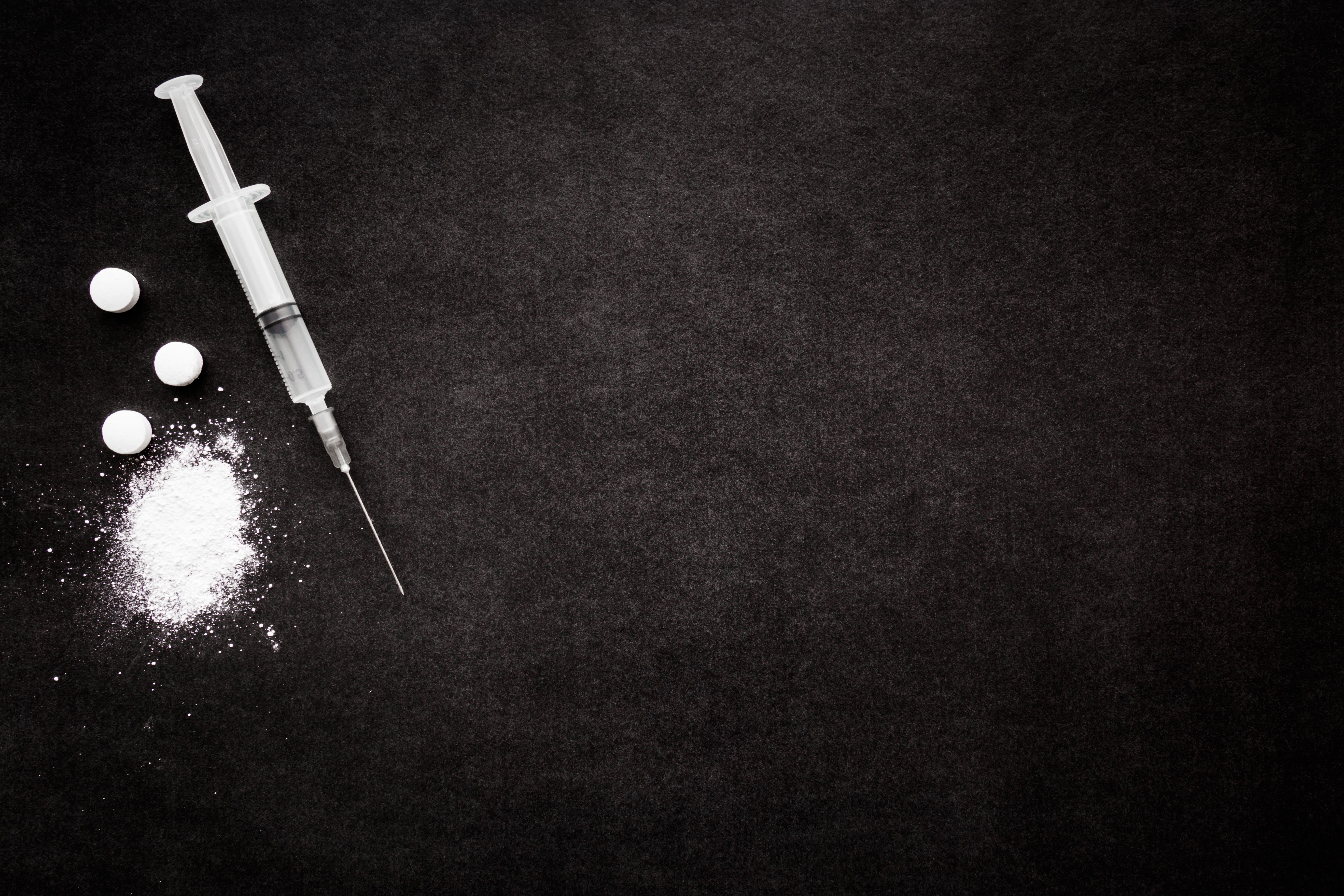 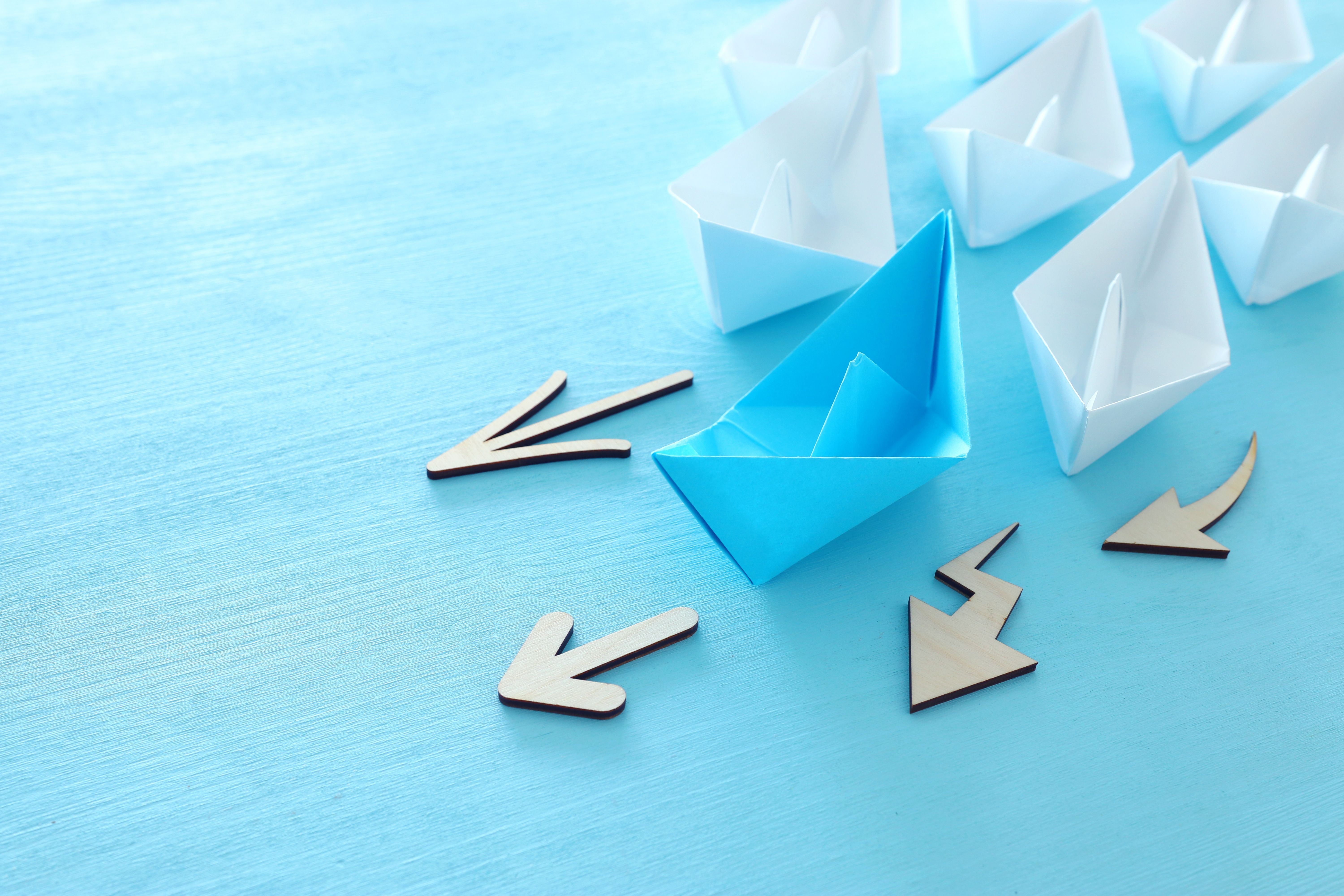 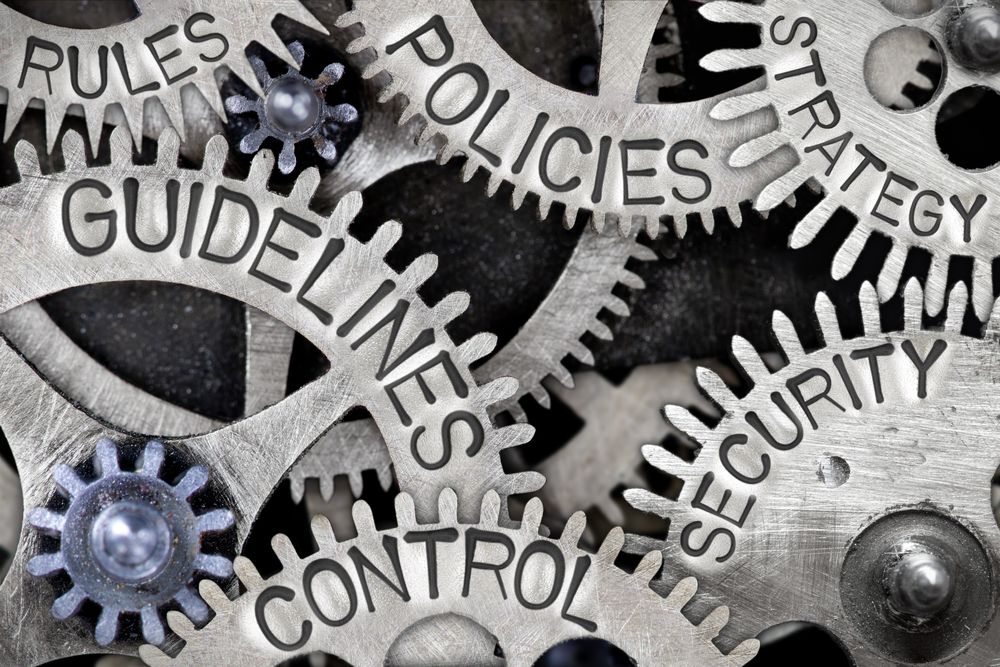