Synaptic Elimination and the Treatment of Prodromal Symptoms in Schizophrenia

I wish to comment on the article by Drs McGlashan and Woods, “Early Antecedents and Detection of Schizophrenia” in the March 2011 issue of Psychiatric Times. 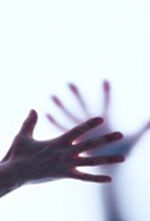 As the investigator who proposed that schizophrenia is a neurodevelopmental disorder caused by errors in adolescent synaptic pruning,1 I wish to comment on the article by Drs McGlashan and Woods,2“Early Antecedents and Detection of Schizophrenia” in the March 2011 issue of Psychiatric Times. When I proposed the synaptic pruning model, I noted that schizophrenia might result from the elimination of “too many, too few, or the wrong synapses” during adolescence, and that we had no basis for choosing among these possibilities. Any of these errors could produce the impaired integration of brain systems that Bleuler3 considered the cardinal defect in schizophrenia.

Some years ago, McGlashan and Hoffman4 created a computer simulation to illustrate how excessive pruning might produce schizophrenic symptoms. However, one could devise other simulations in which the elimination of too few or of the wrong synapses would give rise to these symptoms. Unfortunately, we still have no basis for choosing among the 3 types of error in synaptic elimination originally envisioned.

Although McGlashan and Woods2 do not make this error, readers of the current psychiatric literature might be led to conclude that the structural MRI findings of increased or accelerated cortical thinning in schizophrenia demonstrate abnormally increased synaptic elimination. However, MRI-measured cortical thickness is quite unlikely to be determined by the density of synapses, which are ultramicroscopic. Indeed, the anatomical basis of this MRI change is unknown and it may even be nonneuronal.5

It is also necessary to note that McGlashan and Woods’s illustration of the adolescent decline in synaptic density does not conform to existing data. Thus, their Figure 2 shows the decline beginning around age 14 years. Although the synaptic deviation data are limited, curve-fitting shows that the decline begins at approximately 12 years or earlier6; so also do the adolescent declines in 2 brain variables presumptively related to synaptic density: cerebral metabolic rate and non–rapid eye movement delta wave amplitude.6,7 These latter curves are based on many more data points than synaptic density.

The suggestion by McGlashan and Woods that early administration of neuroleptics might forestall schizophrenia or diminish its severity is problematic. There are no data that show that these drugs can correct synaptic anatomy, or “hardware.” McGlashan and Woods state that delaying treatment until overt psychosis emerges “can potentially lead to dementia, even if the patient is eventually treated.” There is no evidence that untreated schizophrenia produces dementia. This scary scenario is profoundly inconsistent with the core concepts of schizophrenia as defined by Bleuler,3 which require that memory (one of the “intact simple functions”) be unimpaired.

One recognizes the concern and compassion that lead McGlashan and Woods to recommend aggressive treatment of prodromal schizophrenic symptoms. But to ensure that we “first do no harm,” such treatment should be deferred until we determine the effects of neuroleptics on adolescent brain development. Indeed, recently presented evidence from animal studies indicates that exposing developing brains to neuroleptics can cause adult behavioral abnormalities that resemble schizophrenia (unpublished data). One hopes that this evidence of potential harm will rouse our sleepy watchdog, the FDA.