According to the American Foundation for Suicide Prevention, more than 34,000 Americans die by suicide annually. Of these, 10% have never been given a psychiatric diagnosis. 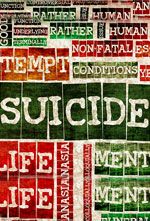 Autumn brings me a sense of optimism. The days-a perfect balance of temperature and humidity-are typically sunny. The evenings are crisp, the tomatoes are at their peak, and the trees abound in fine-looking foliage. All in all, batteries are recharged and another school year is afoot.

Between September 22nd and September 30th of last year, 3 horrific tales of suicide appeared in the news, literally one after another. For the families and close friends of Tyler Clementi, Rigoberto Ruelas, and Joseph Cerniglia, their autumn, unlike mine, was undoubtedly a time of shock and devastation.

Tyler Clementi’s suicide is perhaps the most familiar. Mr Clementi, a promising Rutgers freshman and brilliant violinist, jumped off the George Washington Bridge after he discovered that he had been videotaped in a private rendezvous with another man. He was eulogized as “the smartest kid in the class and . . . extremely helpful with his classmates all the time.”1

Rigoberto Ruelas’ story is eerily similar. As a 39-year-old schoolteacher from South Los Angeles, his life revolved around teaching and steering his students away from gangs in the direction of higher education. Shortly after he discovered what he perceived as poor teacher ratings on a Web site, he jumped off a canyon to his death. His school principal praised his professional abilities and described Mr Ruelas as “a very happy individual . . . [who] felt a desire and need to help this community.”2

Within days of Mr Clementi’s suicide, 39-year-old chef Joseph Cerniglia met his fate in the Hudson River. Three years earlier, he had experienced a demeaning moment when his restaurant had been trashed on a reality television show. He, like the others, was described as gifted in his craft-Italianate cuisine-and though not perfect, he was reportedly a charmer, the kind of person who would give you the shirt off his back.

Certainly, I do not wish to implicate adverse publicity as the final common denominator for a fatal outcome, especially because suicide is a result of a highly complex, individualized set of circumstances. For these 3 persons, however, there is a common thread of public humiliation as a plausible tipping point in their private sufferings, despite their outward talent and dedication.

This thread may also weave into the tragic suicide by hanging of Mark Madoff, son of Bernard Madoff. He was found deceased in his apartment last December while his young son slept in an adjoining room. Mr Madoff was allegedly unable to cope with the prospect of facing criminal charges added onto existing civil charges for his involvement in his father’s Ponzi scandal and his children being dragged into the public eye.3 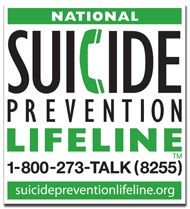 Humiliation as a suicide risk factor

The role of public humiliation in suicidal behavior is not well understood. Hendin and colleagues4 did a retrospective analysis of 36 completed suicides and 26 loosely matched controls. The study subjects, all depressed patients in treatment with the same providers, some with, others without, suicidal features. Compared with the nonsuicidal patients, the suicide completers received statistically higher ratings by their providers in the affects of desperation, hopelessness, feelings of abandonment, self-hatred, rage, anxiety, and loneliness, but not in guilt or feelings of humiliation. The authors speculated that a sense of humiliation was present in the suicide completers, but it was buried beneath other intense affects and cofactored with diminished functional capacity.4

Torres and Bergner5 support the humiliation thesis: “Psychoanalytic discussions, while helpful, have been focused on the role of humiliation in character development . . . but not on understanding the phenomenon itself.” The authors define aspects of humiliation in the patient’s clinical history that should set off alarm bells for the treating clinician. These include a loss of public status, the intensity and impact of that loss, threat to the sense of self, extent of public exposure, the perception of malice, and the lack of opportunity for recovery and renewal.5

This is logical. The more successful the person, the more he or she has to lose, and the steeper his or her fall from grace. Who weathers the storm and who drowns? Torres and Bergner believe the persons most at risk are those with depression, social phobia, and/or narcissistic personality disorder. The authors postulate that depressed persons are self-attributional, so any outside censure confirms their beliefs of worthlessness. This mechanism would be somewhat parallel to the narcissist, except the latter is more apt to launch a vigilant campaign of self-defense. As for the socially phobic, any major embarrassment could obviously cause affective flooding to the point of self-dissolution because the fear has been actualized.

Then there are microhumiliations, the annoying, daily invasions of privacy that rattle the world of some patients. Examples are online postings of salaries, professional rankings (as in the case of Rigoberto Ruelas), legal judgments, and a variety of postings on public social Web sites. I can think of an instance where a patient in crisis came for treatment. She had discovered a photo of her “significant other” and a new love interest on a social Web site.

Humiliation scenarios abound; however, because of the speed and pervasiveness of technology, a new challenge is introduced: there is no longer anywhere to hide. Walter Kirn6 writes, “As the Internet proves every day, it isn’t some stern and monolithic Big Brother . . . it’s a vast co-hort of prankish Little Brothers equipped with devices that Orwell . . . never dreamed of.” When all is said and done, technology is the greatest social equalizer, with some people more vulnerable than others.

It is our job as medical professionals and therapists to identify whom to worry about and how best to intervene. According to the American Foundation for Suicide Prevention, more than 34,000 Americans die by suicide annually. Of these, 10% have never been given a psychiatric diagnosis. Like the suicide victims in this story, most of the time they seem to be happy, which highlights how truly baffling the suicidal process is and how much still needs to be accomplished in designing effective suicide prevention strategies.

For now, perhaps the best course of action is the old adage, “know thy patient.” Rather than being lulled by the traditional epidemiological risk profile-male, elderly, chronically ill, prior suicide attempts, active substance abuse, and family suicide history-the clinician should look for “near term” warning signs (Table), such as the crisis in the moment, the immediate presentation, the acute agitation/cogitation, and the patient’s behaving differently, rather than listen to what the patient is saying.7 I would perhaps add an inquiry about recent episodes of judgment or embarrassment, particularly if they occurred in cyberspace.