Is Topiramate a Mood Stabilizer?

A brief overview of the many trials that have asked this weighty question. 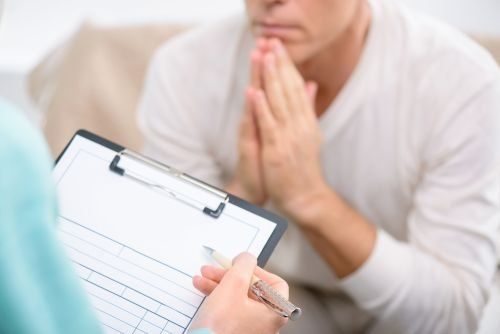 Several anticonvulsants are mood stabilizers. Even a ketogenic diet -long used as an anti- seizure strategy, particularly in children, for whom parents can control carbohydrate intake -has been shown to have a mood-stabilizing effect.1

But several other anticonvulsants are not mood stabilizers: gabapentin, for instance. A multi-center study, sponsored by the manufacturer, showed Neurontin was slightly less effective than placebo. Both treatment groups had a decrease in mania scores from baseline to endpoint, but the decrease was significantly greater in the placebo group.2

Topiramate has one huge advantage over many other psychotropics: it causes weight loss -not gain. While gabapentin caused an average gain of 2.2 kg during randomized trials (nearly as much as olanzapine’s 2.4 kg and worse than quetiapine’s 1.1 kg), topiramate caused an average loss of 3.8 kg.3

But then there is the cognitive impairment associated with topiramate, leading to cruel monikers like “Stupimax” and “Dopimax.” (With far too much bullying in the world lately, there’s little room for more -except upon pharmaceutical company trade names!) How bad is this cognitive impairment? An early investigation noted, “According to subjective reports from our patients, we note that some do not experience any altered cognitive abilities when taking TPM.”4 The investigators had to remark on the few who didn’t have problems with mental slowing, word-finding difficulties, difficulty calculating, dulled thinking, and blunted mental reactions.

Be careful to warn patients about cognitive effects such as mental slowing, difficulty calculating or finding words, dulled thinking, and blunted mental reactions.

The investigators also observed that “some patients are aware of such side effects but prefer to continue to take the drug.”4 Not so surprising, perhaps: where else can one obtain a 10-lb weight loss in 2 or 3 months? In my experience, the only people who want to continue taking topiramate are those who don’t work, don’t go to school, and don’t take care of children; and, cruelly, these are almost entirely women, who are societally under more pressure to lose weight.

Back to the original question: does topiramate deserve to be classed, with other anticonvulsants, as a mood stabilizer? A recent Cochrane review examined this in typically thorough fashion and concluded: “It is not possible to draw any firm conclusions about the use of topiramate in clinical practice from this evidence.”5 Few of the available studies met their quality criteria. Among the few that did were several that found lithium to be more effective than topiramate as monotherapy for acute episodes. Other than that, the door is open.

On the other hand, one can also conclude that none of the available evidence sufficiently confirms topiramate as a mood stabilizer. And with its cognitive effects, one would think that more evidence in favor of its efficacy would be needed -except for that weight effect . . . .

A few readers may remember an open trial (no control group) of topiramate for PTSD, when the drug was new, in which dramatic improvements were seen.6 That study appears to have been one of many in which early open trials suggest benefit not later confirmed in randomized trials. (Thus the cynical aphorism: “when a new drug comes out, use it quick before it stops working.”)

Subsequent meta-analyses have not found topiramate to be better than placebo for PTSD.7 Granted, some patients’ responses to topiramate, for PTSD or mood or anxiety, may be excellent (one study was quite positive, for example.8) Let not my review lead to a deflation of their belief or response. At the same time, the most recent meta-analysis confirms again that treatments with the largest effect sizes in PTSD are psychotherapies. Sertraline outperformed other antidepressants in this setting except for the potential hypertension-and-hypomania inducer, venlafaxine.7

Nevertheless, as an antidote for antipsychotic-induced weight gain, topiramate is effective. In that context, the average weight loss in randomized trials was 2.8 kg (not as much as the 3.8 kg average in patients who did not take antipsychotics, but still negative!).9 And for binge eating, the evidence shows clear benefit.10

Just be careful to warn patients about those cognitive effects, as well as renal stones. One of my patients, a high-powered executive, told me that she nearly lost a multi-million-dollar contract when she was pitching it after recently starting topiramate. Colleagues recognized her impairment, gently moved her aside, and won the deal. And don’t expect it to add to mood stability -unless, as I sometimes do, one proceeds in the desperate hope that effective weight loss might improve things (one trial in depression showed some value11).

This article was originally posted on 10/11/2016 and has since been updated.