Psychiatrists need to understand how living in violent families and neighborhoods increases the likelihood of trauma and the psychiatric sequelae associated with it as well as how to respond in the aftermath. 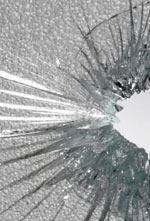 Most psychiatrists are trained to diagnose symptoms and treat patients with medication, psychotherapy, or a combination of both. Unfortunately, while we may have an appreciation of family, social, and cultural contexts, the understanding of these factors are not our strong suit. As physicians, we are focused on disease states and, unfortunately, are less familiar with issues of resiliency and strength- or asset-based approaches to patient care. In addition, we are less familiar with how protective factors minimize the impact of traumatic experiences.1 Psychiatrists need to understand how living in violent families and neighborhoods increases the likelihood of trauma and the psychiatric sequelae associated with it as well as how to respond in the aftermath.

Prevalence of exposure to trauma and violence

Because interpersonal violence is a major problem in the African American community, it is not surprising that children are frequently exposed to violence in their homes and in their communities.2,3 Several epidemiological studies have shown a high prevalence of exposure to trauma in a variety of cultural, racial, and ethnic groups as well in various socioeconomic classes.4-6 In addition, because the contexts of epidemiological studies are often radically different, my colleagues and I have always thought it was a good idea to study patients in our clinical practice.

Not only are members of communities that have low collective efficacy more likely to see violence, but also families that are isolated and that lack access to social supports are more likely to be under stress and the children to be traumatized. Trauma has the potential to result in a variety of psychiatric sequelae no matter where it comes from-the family or the community. Accordingly, clinical psychiatrists need to be facile in talking to patients about childhood trauma during the initial psychiatric evaluation.

? The article places a great deal of emphasis of getting a trauma history from all patients and reminds us of the victimization questions that were developed by Jacobson and Bell/Jenkins. Advice is provided on how to help persons who have been traumatized-by treating them as people, not as neurochemical machines. 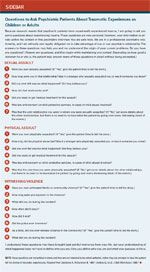 Considering the prevalence of childhood and adult trauma, initial psychiatric evaluations should include a history of childhood and adult trauma but should take no longer than 30 minutes. Our experience is that childhood trauma histories are especially important in middle-aged women who have an early history of substance abuse or who present with generalized anxiety, panic attacks, and symptoms of depression.

The 30-minute investigation may need to be adjusted depending on the patient’s ability to relate his or her childhood and adult traumatic experiences (Sidebar). Wise and well-trained psychiatrists do not open “Pandora’s box” without knowing they can close it before the session is over, so the patient’s tolerance for these questions needs to be carefully gauged. You can always delve deeper in a future session-my experience is that the majority of patients tolerate these questions well and are relieved to finally meet someone who has enough compassion and courage to ask the questions in an empathetic manner.

A 51-year-old black woman has been taking multiple medications for depression, panic attacks, and anxiety for approximately 10 years. She has episodes of depression, but they never last longer than a few days and, thus, are not persistent enough to warrant a diagnosis of MDD. Before the onset of symptoms, she had a fairly decent life. She completed her requirements for a high school diploma and had many years of working in various blue-collar jobs. However, she has never really been happy, and in her mid-20s, she had an 8-year stint of cocaine use.

When asked about the cocaine use, she brushed the question aside, briefly stating that she had gotten into a “bad situation” early in her life. At that point, she was directly asked about exposure to childhood trauma (sexual assault, physical assault, witnessing violence) because it was the examiner’s experience that patients with her symptom pattern frequently had experiences with trauma as children. Only then did she report that her fifth grade teacher had sexually abused her the entire year she was in his class. She never told anyone, not even her mother. In addition, she reported several episodes of rape when she was using drugs.

She mused that she had always felt this was at the root of her problem but had never felt comfortable discussing it. She could not believe that something that had happened so long in the past could be affecting her life so many years later. On further reflection, she wondered whether this early childhood trauma had resulted in her lack of self-esteem, which caused her to sleep around when she was younger; whether her need to numb herself to the chronic memories of her abuse (that still haunted her) had resulted in her drug use; or whether this was the reason she was so overprotective of her 3 daughters when they were growing up. 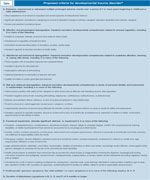 During the 30-minute evaluation, we explained that she has been repeatedly traumatized and that the trauma had taken its toll on her. A psychiatric assessment indicates that she suffers from developmental trauma disorder (Table).10 She was given a copy of the criteria to help her better understand the course her life had taken. In addition, we proposed that she shift her “learned helplessness” into “learned helpfulness.” This perspective will put her into a position of not letting the traumatic experiences define her.11-13 And it will give her a sense of mastery and allow her to develop a sense of power over the bad experiences.

She was also told about the Gift From Within Web site14 that she could use as a resource for further information. The patient was extraordinarily grateful for her new understanding of her problems. Lastly, she was told the story of a raped woman, who after receiving an apology on behalf of manhood for the reprehensible behavior of the man who raped her, said, “There is no reason to apologize. What happened to me does not define me. Only I define me.” The patient said she would have to work on adapting this view.

There is a growing recognition that traumatic experiences in childhood have the potential to strongly influence outcomes of children and adolescents. There is growing acknowledgment that children exposed to trauma grow up with psychiatric disorders that can be directly traced back to the initial exposure. Unfortunately, symptom checklists followed by matching psychotropic effects of medications to target symptoms often result in a medicalized patient. Although medications may rebalance neuropsychiatric structures and chemistries damaged by trauma, it is essential to provide the patient with practical information, education, and philosophical considerations. A good therapeutic bond between patient and psychiatrist will reassure the patient and result in better outcomes. Accordingly, the construction of a dynamic formulation of the origins of the patient’s symptoms and the ability to explain it to the patient in an understandable, commonsense manner is quite comforting and encouraging. The Dells had it right when they sang, “A little understanding goes a mighty long way.”

Understanding and Fostering Resilience in Persons Exposed to Trauma