Treatment resistance in bipolar disorder is clinically familiar but lacks a standard definition. Numerous evidence-based treatments exist for all phases of bipolar disorder, and these should be optimized and fully explored. 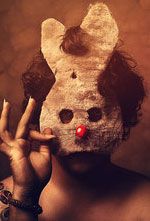 Treatment resistance is extremely common. Even under optimal maintenance conditions, almost half of bipolar patients with symptom remission will have a recurrence in 2 years under standard care (including medication combinations).2

Optimizing phase-specific evidence-based treatments is crucial. This may include raising the dosage of an initial treatment according to response unless limited by adverse effects. Acute treatments are often continued into maintenance. Combinations are commonplace, and the number of potential combinations is large. Decisions about which medications to use first or in what combinations, as well as dosing issues, require good clinical judgment on the part of each clinician because there is little evidence to drive such decisions.

Traditionally, lithium and anticonvulsants have been used as first-line treatments for acute mania; antipsychotics were reserved for resistant, severely ill, or psychotic patients. This practice is based on the long history of lithium and divalproex use rather than on comparative efficacy trials. The range of FDA-approved uses for atypical antipsychotics in bipolar disorder is growing; these agents can now be considered first-line treatments even for moderately ill manic patients.

To dramatically reduce treatment resistance and enhance stability, comorbid conditions, such as substance abuse, need to be addressed. And, destabilizing medications, such as antidepressants, need to be discontinued. Evidence-based intensive psychotherapies are clearly useful in maintenance. For truly resistant conditions, clozapine and electroconvulsive therapy (ECT) are also recommended for depression and mania in both acute and maintenance treatment. If these fail, a number of novel treatments have been suggested, and some have been studied in placebo-controlled trials.

Sachs3 suggested that the term “treatment-resistant bipolar disorder” should be reserved for patients who do not respond to a combination of 2 standard medications in a specific period, such as 6 weeks for mania, and 6 months or 3 cycle-lengths for maintenance. Others have required multiple trials of combinations or that patients fail to respond to nonstandard treatments, such as antidepressants.4,5

Treatment resistance in unipolar depression and schizophrenia is usually defined as failure to respond during an acute episode to 2 adequate monotherapy trials of agents with established efficacy and implies that a novel treatment should be considered. In schizophrenic patients, this makes sense because clozapine has shown efficacy for treatment-resistant schizophrenia. In unipolar depression, this conceptualization of treatment resistance may be less useful because failure to respond to one SSRI is not associated with an increased risk of not responding to another.6

Treatment resistance in bipolar disorder is even harder to define. Standard care in any phase often includes more than 1 medication, which implies some degree of resistance in most patients.7 Furthermore, treatments lack any unifying mechanism of action, an evidence-based rationale for combining is lacking, and dosing of combinations has not been standardized.

The process of selecting medication combinations is often simplified by grouping treatments into classes, such as anticonvulsants and atypical antipsychotics-distinctions based on their uses in epilepsy and schizophrenia. Unfortunately, specific medications within these classes have considerably different efficacy.

The basic approach to managing treatment-resistant bipolar disorder should be to first clarify the phase of treatment and then to optimize evidence-based treatments for that phase.8 This includes titrating the dosage of a standard medication as tolerated and, possibly, considering combinations. For acute depression and maintenance, psychotherapy should also always be part of the treatment plan.

In acute mania, antidepressants should be discontinued immediately. The focus should be on using evidence-based treatments for mania. Although lithium is not recommended for mixed episodes or for patients with many previous episodes, lithium and divalproex are often used before an atypical antipsychotic because they are thought to be safer with long-term use.

Should therapy fail, there are many reasonable and creative possibilities for combining standard treatments, although they have not been supported by controlled studies. These include higher doses of an atypical antipsychotic, lithium with divalproex, 2 anticonvulsants, and other combinations.

The most commonly recommended nonstandard treatments for treatment-resistant mania are clozapine and ECT, which have been shown to have efficacy.8,11,12 A combination of clozapine and ECT has also been suggested.13

Several novel treatments have been studied using an augmentation approach in combination with standard treatments for treatment-resistant mania. These include donepezil, gabapentin, topiramate, mexiletine, and intravenous magnesium sulphate.14-20 The reported efficacy in these uncontrolled reports is confounded by the continuation of the previous treatments. One exception is tamoxifen, which, like lithium and valproate, inhibits protein kinase C and was found to have antimanic efficacy superior to placebo.21

Regardless of the approach selected, bipolar depression should be treated until there are no residual symptoms, which are associated with recurrence.2 Evidence-based intensive psychotherapies may further enhance positive outcomes in acute and maintenance treatment of bipolar depression.23

Often, standard antidepressants are used for treatment-resistant bipolar depression, typically in combination with antimanic treatments. However, antidepressants (other than fluoxetine in combination with olanzapine) have not been shown to be efficacious in acute bipolar depression and may be associated with switching.24 In particular, antidepressants with norepinephrine activity including tricyclics and serotonin-norepinephrine reuptake inhibitors may have a greater risk of inducing switching than SSRIs.25

For patients who do not respond to standard treatment for acute bipolar depression, the clinician must be creative in finding a combination that can help. Lithium, lamotrigine, and quetiapine can be used in combination with one another; all are FDA-approved for maintenance treatment.

For treatment-resistant acute bipolar depression, the dopaminergic agonist pramipexole and the wakefulness-promoting agent modafinil have been shown to have efficacy greater than placebo as augmentation to standard treatments.4,26 Other pharmacotherapies have been studied in uncontrolled augmentation, including donepezil, bupropion, riluzole, gabapentin, levetiracetam, and aripiprazole. Two brain-stimulating therapies-magnetic seizure therapy and repetitive transcranial magnetic stimulation (TMS)-have been studied as well.27-29

The most common approach to maintenance is to simply continue the treatments that were used to manage the acute episode. Once the patient is stabilized, the focus is on maximizing effectiveness and minimizing adverse effects. This is an ideal opportunity to simplify complex treatment regimens. Medications should always be combined with intensive long-term psychotherapies such as cognitive-behavioral therapy, interpersonal social rhythm therapy, and family-focused therapy, which clearly enhance maintenance outcomes for bipolar depression.23

Maintenance treatment should be conceptualized in terms of desired direction of efficacy, and treatments selected based on anticipated direction of relapse. This should include consideration of both number and duration of previous episodes, in particular, the most recent episode. Some treatments do not have equal directional maintenance effectiveness. For example, lithium is more effective as prophylaxis against mania, while lamotrigine is more effective as prophylaxis against depression. Lithium is the only treatment for bipolar disorder shown to possibly have antisuicidal effects.30

Use of antidepressants is generally not recommended in bipolar maintenance because of concerns about switching, although early discontinuation of antidepressants in responsive bipolar depressed patients has also been associated with depression relapse. It may be even more important to reduce other comorbidities such as substance dependence during maintenance treatment.32-34

Several novel approaches have been suggested for treatment-resistant bipolar maintenance (either depression or cycling) including clozapine, at either low or standard doses, and maintenance ECT.35-38 Other approaches include augmentation with hypermetabolic thyroid supplementation, diltiazem, aripiprazole, topiramate, gabapentin, mexiletine, levetiracetam, and chromium, as well as vagus nerve stimulation.19,39-46 Efficacy has also been reported for levetiracetam monotherapy and a combination of topiramate and clozapine.47,48

Bipolar disorder is associated with significant morbidity. Numerous evidence-based treatments exist for all phases of bipolar disorder, and these should be optimized and fully explored before resorting to treatments with limited evidence of efficacy. Medication dosage should be titrated to response and emergence of adverse effects.

Combinations of evidence-based treatments are often used. When a treatment has failed, careful consideration should be made about whether it should be discontinued before adding another. Comorbidities such as substance abuse that complicate treatment must be minimized. Often, lithium or an anticonvulsant is used initially and an antipsychotic is added if response is not adequate. However, antipsychotics have been shown to be efficacious in nonpsychotic moderately ill bipolar manic and depressed patients. If evidence-based treatments are truly unsuccessful, clozapine and ECT have some evidence of efficacy as an augmentation to standard treatments. If these too fail, then novel treatments may be considered.