At stake are not only apprehensions over quality patient care and staff safety, but also worries over what can only be described as zealously guarded turf prerogatives. Put into play are long-simmering disputes over the respective roles psychiatrists and psychologists should play in delivering mental health services. With California often a bellwether for national trends, the outcome of the dispute could have spillover effects throughout the country.

AB 3141 was signed by [Calif.] Governor Wilson and went into effect in January [1997]. Its intent was to make medical staff membership available to all qualified psychologists working at state-funded mental health facilities. By not implementing the bill, you are thwarting the intent of the Governor and of the California State Legislature-Calif. Assemblyman Tom J. Bordonaro Jr. in a letter to Fred Fowler, M.D., chief of medical staff, Atascadero State Hospital.

After nearly a year of controversy, Fowler, a psychiatrist, has become accustomed to receiving warnings like Bordonaro's. At times, he has even risked discipline and dismissal to further a cause he has pursued with Grail-seeking passion. In an effort to fulfill his perceived responsibilities to his patients and to the law, Fowler has spearheaded an effort to revise his facility's medical staff bylaws to permit the admission of clinical psychologists. So far, he hasn't had much luck resolving what is becoming an increasingly thorny issue.

Heads of medical staffs in the other three state-run mental hospitals are also struggling with creating membership guidelines acceptable to their respective governing bodies. But rather than reaching consensus over the last several months, what was a three-way engagement among psychiatrists, psychologists and hospital administrators has now expanded to involve the governor's office, key Department of Mental Health (DMH) officials, state legislators, employee union officials and the professional associations. Unless some agreement is reached soon, it seems likely the courts will become participants, too.

At stake are not only apprehensions over quality patient care and staff safety, but also worries over what can only be described as zealously guarded turf prerogatives. Put into play are long-simmering disputes over the respective roles psychiatrists and psychologists should play in delivering mental health services. With California often a bellwether for national trends, the outcome of the dispute could have spillover effects throughout the country.

At first, it seemed as if the passage of AB 3141 by the California legislature would actually put to rest nagging disputes over whether clinical psychologists should be admitted to medical staffs. The law, which amended provisions of 1316.5 of the California Health and Safety Code, required that "each health facility owned and operated by the state offering care or services within the scope of practice of a psychologist shall establish rules, regulations, and procedures for consideration of an application for medical staff membership and clinical privileges submitted by a clinical psychologist."

With the law on the books, creating the guidelines seemed like a technicality. By establishing basic levels of education, experience and professional qualifications, the medical staff could ensure proper care for gravely mentally ill individuals. The four hospitals, Patton, Metropolitan, Atascadero and Napa-facilities dispersed throughout the state-house California's nearly 4,000 "judicially committed penal code" patients and sexually violent predators, and other civilly committed individuals. The vast majority of them suffer from chronic, serious brain disorders that often require extensive medical and medication management.

To meet these needs at Atascadero, for instance, Fowler said the credentials committee approved by-laws that would have required psychologists to document that they have "independently admitted and cared for at least 36 inpatients during the immediate past four years."

At other facilities, such as Metropolitan State Hospital near Los Angeles, standards included graduation from an American Psychological Association-approved school, board certification, and at least 15 class units in basic psychopharmacology and physiology. But the governing bodies of the facilities would have none of it, mandating instead that any licensed psychologists with two years experience be approved for staff membership.

Fowler's concern is that once psychologists are placed on staff, sooner or later they will be permitted to assume primary care and responsibility for patients. He fears that if they don't have the necessary experience and abilities, patient care could suffer and staff safety could be undermined. "We recognize that many community hospitals admit psychologists with lower standards than what we passed, but you have to remember that 80% of all patients in our hospital have been convicted of violent crimes," said Fowler. "They ought to be supervised by experienced psychiatrists."

John Cannell, M.D., chair of the credentials committee at Atascadero, agreed that medication management, and experience with the appropriate use of restraint and seclusion is critical in managing what he considers to be the most difficult of all mentally ill patients, and that requiring clinical psychologists to demonstrate appropriate skill levels is not unreasonable.

"We have relatively frequent injuries at the hospital due to either psychotic patients attacking staff or other patients due to paranoia or to concomitant psychopathology. A number of these individuals have antisocial personality disorder and they will retaliate against other patients or staff members," said Cannell. "The people who maintain control and safety for both the patients and the staff are the psychiatrists who prescribe psychotropic medications. There are no prison guards with batons. There are no guns."

David Armstrong, M.D., the president of the medical staff at Metropolitan State Hospital in Norwalk, Calif., said a major part of the issue is a lack of sufficient training. "If they had enough knowledge, psychologists could much more reasonably be placed on the medical staff, but they don't."

In addition, politics have pervaded the discussion. "The legislature has...imposed the issue. We don't want the question, but it is being imposed," Armstrong said. "The hospital is basically a medical facility and suddenly somebody who isn't medical is being thrust upon us, and it's a controversy because we're not quite sure what to do."

DMH officials contend that the concerns expressed by the medical staff leaders are misplaced, and that the law must be implemented. While they are not adverse to upgrading the requirements for admission to medical staff, they also say that the criteria should be reasonable and not unduly exclusionary.

According to Nicholas R. Burgeson, DMH's chief of long-term care, the psychiatrists have blurred the distinction between medical staff membership and the privileges each discipline exercises within the hospitals. "Clinical psychologists presently provide care to patients in all state hospitals. Considering them for and subsequently appointing them to active membership in medical staff doesn't have any relationship to the clinical privileges they may exercise either prior to that appointment or after that appointment," he said. "There's no direct relationship between moving a psychologist from allied health professionals staff to active medical staff membership. In that process there is no review, augmentation or diminution of the clinical privileges the psychologists presently enjoy."

In a telephone interview, Burgeson told Psychiatric Times that DMH officials have told medical staff heads that they have no objection to qualifying criteria in principle, but that the guidelines "would need to be related to the professional practice of the affected discipline and be consistent with those professional standards. They would also need to be appropriate for the needs of the patient populations to be served and the work to be done by the discipline, in this case the psychologists."

But neither Burgeson nor Edmond Pi, M.D., a psychiatrist and DMH's medical director, would outline membership criteria that would pass muster with the governing bodies, insisting instead that it was up to the medical staff to make up acceptable recommendations. In addition, Pi declined comment on whether the current absence of heightened qualification standards posed potential risks to patient care or to staff, saying the question "was not simple."

Yvonne Ferguson, M.D., the current president-elect of the California Psychiatric Association, said that rather than fighting the added criteria, psychologists should be embracing them. They could use the experience acquired in the state hospitals as a training opportunity to gain membership to the medical staff. "We've had patients die in state hospitals," she said, referring to the high-risk nature of practice in such facilities. "Heavy duty medications are used and these are very seriously ill patients...we can ill-afford to have people managing their care without psychiatric input."

In an ironic twist, the president of the California Psychological Association is also the chair of the psychology service at Atascadero, so the outcome of the dispute will have a direct consequence on his own practice. Bill Safarjan, Ph.D., who spoke to Psychiatric Times in his capacity as president of the association, said that it was never the intent of psychologists to replace or circumvent psychiatrists, but that the efforts to gain membership on the medical staff had more to do with having a "greater say in clinical decision-making and a greater voice in the treatment of patients."

Although he denies that psychologists are provoking the situation, he acknowledges the resistance is getting stronger and he can't account for it. "Clearly, the reaction is so strong that I cannot believe that it's simply quality of care issues" Safarjan said. "I think the concern is that once psychologists are on medical staff they might try to displace psychiatrists in terms of jobs. That's probably the bottom line."

Nevertheless, he hopes the controversy ends with some form of agreement. "I have much greater faith in psychiatry, and our skills complement one another. I don't see us replacing them at all, nor do many of us want to replace them," Safarjan said. "We've sort of been pushed into this because of the level of resistance."

Articles in this issue
Inside Out
Resurgence of Illicit Drug Use in '90s Poses Challenge for Physicians
Practice Parameters Offer Guidance on Substance Use Disorders in Children, Adolescents
Executing the Mentally Ill
SAMHSA Study Uncovers Increasing Substance Abuse Among Young Girls
Learning the Shapes
Turf War: Will State Hospital Patients Suffer?
Is There a Common Basis for All Addictions?
New Prescription for Paraphilia?
PTSD in Survivors of Rwanda's 1994 War
Related Content 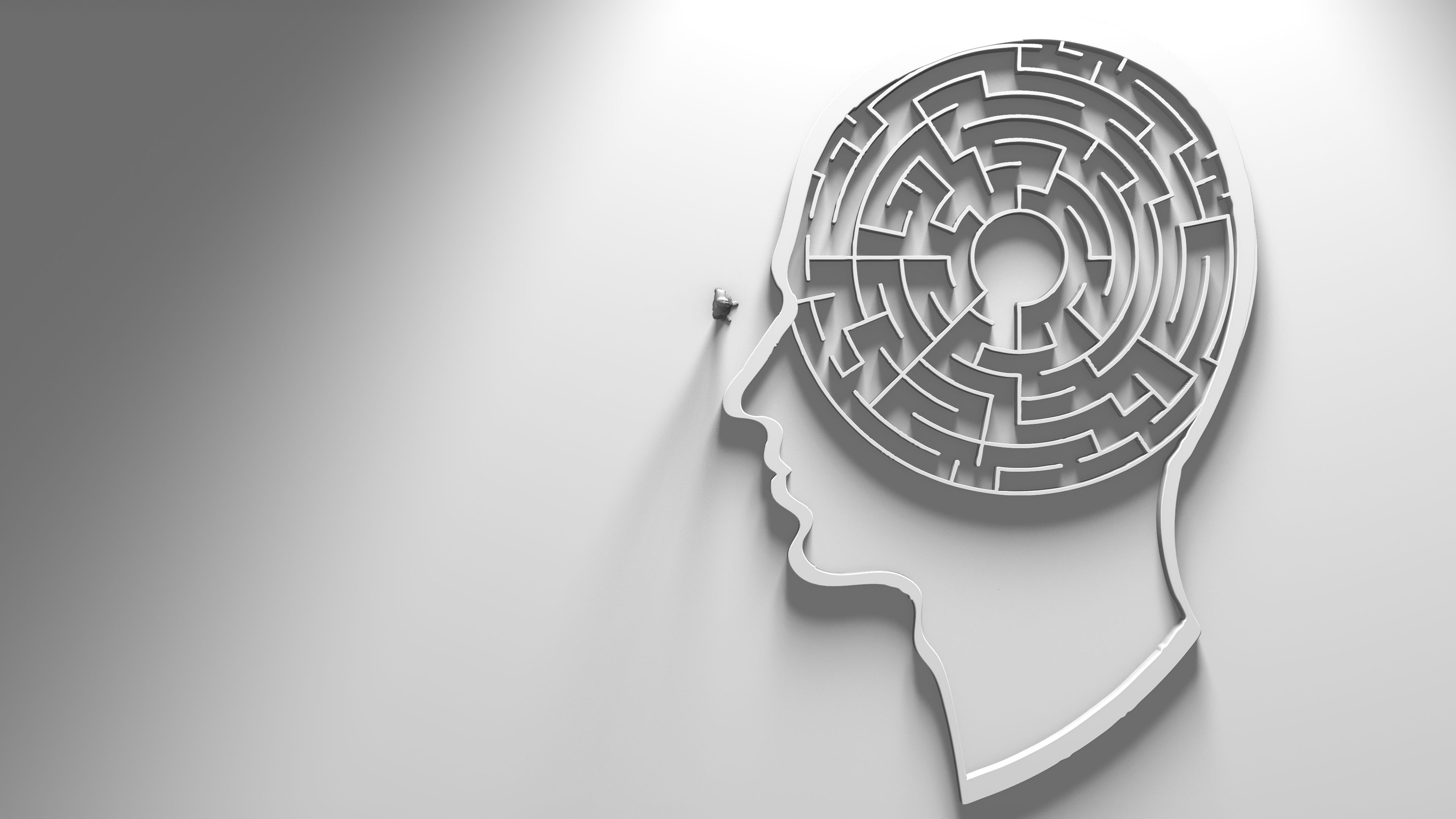