An Update on ADHD

Parents of children with ADHD frequently ask whether there are nonmedication treatments that are effective for managing their children’s symptoms of ADHD. A recent meta-analysis provides an answer to this clinically important question. 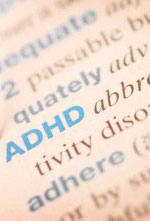 Some recent studies provide new information about nonpharmacological treatments for ADHD, course of ADHD in preschoolers, solar intensity and ADHD, and age and stimulant use.

Parents of children with ADHD frequently ask whether there are nonmedication treatments that are effective for managing their children’s symptoms of ADHD. A recent meta-analysis provides an answer to this clinically important question.1 This meta-analysis sought to evaluate the effects of dietary and psychological treatments for symptoms of ADHD in children and adolescents. The studies were randomized controlled trials published in peer-reviewed journals that included youths aged 3 to 18 years who had a diagnosis of ADHD or who met symptom criteria based on ADHD rating scales.

The outcome measure was pretreatment to posttreatment change in total ADHD symptom severity. The investigators conducted 2 analyses: outcome measure assessment by a rater closest to the therapeutic assessment setting (most likely a parent) and outcome measure assessment by a blinded rater. When assessments were done by an individual such as a parent, both dietary and psychological interventions showed statistically significant effects. However, when assessments where done in blinded conditions, only free fatty acid supplementation and artificial food color exclusion showed statistically significant effects. Neurofeedback, cognitive training, and restrictive elimination diets did not elicit a significant decrease in children’s symptoms of ADHD under blinded conditions.

What are the implications of these findings for treatment of ADHD in youths? In studies of medication treatment for children and adolescents with ADHD, standardized mean differences in pretreatment and posttreatment are approximately 0.9. Mean difference found for free fatty acid supplementation was 0.16 and artificial food color exclusion was 0.42: both are substantially below that found for medication treatment. The authors conclude that it is important to identify more effective nonpharmacological treatments for children and adolescents who have ADHD.

Another question posed by parents is whether adding fatty acids to stimulant treatment will further diminish ADHD symptoms. The addition of polyunsaturated fatty acids to stimulant treatment for children aged 6 to 12 years with ADHD was investigated.2 In this double-blind, placebo-controlled, 10-week trial, 40 children were randomized to either methylphenidate or methylphenidate plus polyunsaturated fatty acids (430-mg capsules containing 241 mg of docosahexaenoic acid, 33 mg of eicosapentaenoic acid [EPA], and 180 mg of omega-6). The outcome measure was a 25% decrease in ADHD symptoms on the Parent ADHD Rating Scale.

No significant differences were found in rates of inattention, hyperactivity, and impulsivity between the two groups. These investigators conclude that the addition of polyunsaturated fatty acids to stimulants affords no clinical benefit. However, the dose of EPA was low, which may have partially accounted for lack of improvement.

Course of ADHD in preschoolers

When ADHD is diagnosed in a preschooler, it is important to know whether the symptoms will persist in elementary school. The Preschool Attention-Deficit/Hyperactivity Disorder Treatment Study (PATS) follow-up provides information about the course of preschool ADHD.3 The PATS randomized trial to assess the efficacy of methylphenidate included 207 preschoolers aged 3 to 5 years with ADHD. The children were followed for 6 years and received assessments at years 3, 4, and 6.

The most striking finding from this study was that nearly 90% of the children with moderate to severe ADHD continued to have ADHD at the 6-year follow-up, with generally no changes in ADHD symptom severity. Those children who had comorbid oppositional defiant disorder or conduct disorder had more severe ADHD symptoms and were more likely to have persistence of an ADHD diagnosis. The most commonly prescribed medications during the follow-up period were stimulants. Other, less frequently used medications were atomoxetine and clonidine or guanfancine. From year 3 to year 6, there was an increase in the prescription of both SSRIs and antipsychotics.

The researchers point out that the majority of these preschool children had received a controlled trial of methylphenidate and that their parents had received training for managing ADHD; yet, the children continued to have a diagnosis of ADHD in mid-childhood. The researchers concluded that more comprehensive or intensive treatments are warranted in preschoolers in whom ADHD is diagnosed.

Prevalence of ADHD and solar intensity

Children with ADHD often have sleep-onset insomnia and a delayed circadian phase. Since bright light may affect circadian rhythm, Arns and colleagues4 investigated the relationship between environmental light exposure and the prevalence of ADHD. Solar intensity (kilowatt hours/square meter/day) data and ADHD prevalence estimates were obtained from most of the US and 9 non-US countries. A relationship was found between the prevalence of ADHD and solar intensity, which explained 34% to 57% of the variance in ADHD prevalence.

Higher solar intensity was associated with lower prevalence of ADHD. This relationship was not found for diagnoses of autism spectrum disorder or MDD. The findings suggest that high solar intensity may be a protective factor for ADHD. The authors recommend that if prospective studies replicate these findings, then interventions regarding light exposure could be developed for children with ADHD. For example, exposure to intense sunlight during the day and reduced light exposure at night may reduce some ADHD symptoms.

Age and stimulant use

In a population-based nationwide study in Iceland (which has stimulant utilization rates for ADHD similar to those of the US), Zoga and colleagues5 examined the relationship between age at school entry and academic performance and use of stimulants for ADHD. The study population included 11,872 children who took a standardized test in both fourth grade (age 9) and seventh grade (age 12). Primary outcome measures were standardized test scores in mathematics and language arts. Prescription of stimulants for ADHD was a secondary outcome measure.

In mathematics and language arts, mean test scores were the lowest among the youngest children in the class. At age 9, the youngest third of children in the class had an 80% to 90% increased risk of scoring in the lowest decile compared with the oldest third. This risk diminished modestly to 60% at age 12. Between the ages of 7 and 14 years, children in the youngest third of the class were 50% more likely to have stimulants prescribed for them than were those in the oldest third of the class. Overall, girls were less likely to be treated with stimulants than were boys with ADHD. The researchers concluded that relative age among classmates affects both academic performance and stimulant use. They recommend that relative age be considered when evaluating children for a diagnosis of ADHD.

The results of this study raise important considerations regarding developmental differences among children based on age when entering school. These findings are particularly important in light of the fact that academic and behavioral expectations are the same irrespective of a child’s relative age.

Dr Wagner is the Marie B. Gale Centennial Professor and Vice Chair in the department of psychiatry and behavioral sciences and Director of Child and Adolescent Psychiatry at the University of Texas Medical Branch at Galveston.