New research considers the effects of folic acid, vitamin B6, and vitamin B12 supplementation on symptom and neurocognitive outcomes in patients with FEP. 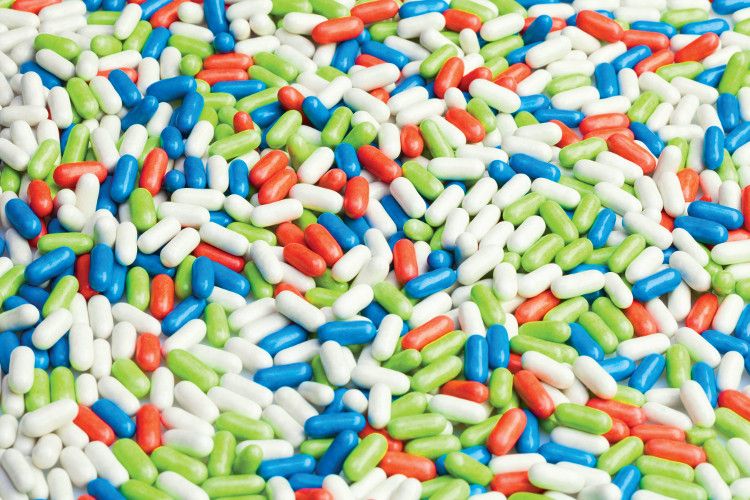 The regulation of the amino acid homocysteine is dependent on the dietary intake of folic acid and other B vitamins. There is evidence for increased blood homocysteine in patients with schizophrenia, including those with first-episode psychosis (FEP), which is also associated with greater negative symptoms and poorer functioning.1-3 Furthermore, there is also evidence for decreased blood folic acid levels in patients with FEP, which are associated with greater negative symptoms.4 No previous studies have investigated the effectiveness of B-vitamins in patients with FEP.

Allot and colleagues5 investigated the effects of folic acid, vitamin B6, and vitamin B12 supplementation on symptom and neurocognitive outcomes in patients with FEP. They hypothesized that patients treated with B-vitamin supplementation would have reduction in blood homocysteine levels and improvements in psychiatric symptoms and cognition. They also investigated potential moderating effects of baseline homocysteine levels, genetic variants involved in folic acid metabolism, sex, and diagnosis on the association.

The study authors performed a parallel, double-blind, randomized, placebo-controlled study of B-vitamin supplementation in patients with FEP from 2004 to 2006 in Melbourne, Australia. Patients aged 15 to 25 years were included if they met criteria for a DSM-IV psychotic disorder (both affective and non-affective psychoses). Exclusion criteria were < 3 months of treatment or floridly psychotic presentation; IQ < 80; history of clinically significant physical illness; folic acid hypersensitivity; untreated vitamin B12 deficiency or pernicious anemia, thalassemia major, or sickle-cell anemia; already taking multivitamin supplements; and women who were pregnant or lactating.

Participants were randomized to either a daily single vitamin tablet (5 mg folic acid, 0.4 mg vitamin B12, or 50 mg vitamin B6) or placebo for 12 weeks. Participants continued to receive antipsychotics and other medications, as well as case management. Symptoms were assessed using the Positive and Negative Syndrome Scale (PANSS) and the Brief Psychiatric Rating Scale. The neurocognition battery included tasks from the computerized CogState test battery and other paper-and-pencil tasks. Blood was also collected at baseline and follow-up for homocysteine, folate, vitamin B12 levels, and genetic variants involved in folic acid metabolism. Medication adherence was measured using electronic pill caps. Data were analyzed using an intent-to-treat approach. The primary outcomes were the change from baseline to week 12 in the PANSS total score and neurocognitive composite score using GLM analysis.

A total of 120 participants were randomized, of whom 20 dropped out after randomization or baseline assessment. Of the remaining 100 participants, 52 were randomized to B-vitamins and 48 to placebo. There were no significant differences in baseline demographic or clinical characteristics between subject groups. Medication adherence was approximately 65% in both groups. There was a significant decrease in blood homocysteine levels and increases in red blood cell and serum folate levels in the B-vitamin but not the placebo group.

By contrast, there was no significant difference between subject groups in terms of improvements in PANSS total and neurocognition composite scores over 12 weeks. In terms of the attention/vigilance neurocognitive domain, there was a significant between-group difference, with stability in the B-vitamin group and a decline in performance in the placebo group. There were no significant interactions with treatment group for baseline homocysteine, genetic polymorphisms, sex, or diagnosis on the primary outcome measures. Side effects were low in the overall sample.

The authors performed the first study of B-vitamin supplementation in patients with FEP. They concluded that while B-vitamins significantly decreased blood homocysteine and increased blood folate levels, there was no benefit over placebo regarding total psychopathology or global cognition, although there was some evidence for preservation of attention/vigilance. B-vitamins were well tolerated with minimal side effects. The authors noted that diagnostic heterogeneity, non-standardized psychotropic medication, relatively lower levels of psychopathology, and B-vitamin dosing may have contributed to negative findings.

This trial provided no evidence for an overall benefit of B-vitamins on psychopathology or neurocognition in FEP, exception for a potential benefit for attention/vigilance. The authors concluded that further research is necessary to confirm factors that moderate effects of homocysteine-reducing treatments in FEP, towards biomarker-stratified and personalized medicine approaches for patients.

5. Allott K, McGorry PD, Yuen HP, et al. The Vitamins in Psychosis Study: A Randomized, Double-Blind, Placebo-Controlled Trial of the Effects of Vitamins B12, B6, and Folic Acid on Symptoms and Neurocognition in First-Episode Psychosis. Biol Psychiatry. 2019 Jan [Epub ahead of print].