When a Psychiatrist Kills: The Ultimate Violation of Do-No-Harm at Fort Hood

The details may, by now, be familiar but they are no less shocking: Army psychiatrist, MAJ Nidal Malik Hasan, MD, accused of killing 13 people and wounding 33 others-including fellow behavioral health providers- is recovering from gunshot wounds and meeting with his attorneys. 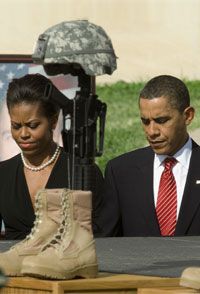 The details may, by now, be familiar but they are no less shocking: Army psychiatrist, MAJ Nidal Malik Hasan, MD, accused of killing 13 people and wounding 33 others-including fellow behavioral health providers- is recovering from gunshot wounds and meeting with his attorneys. The Army Criminal Investigation Command, the FBI, and the Department of Defense (DOD) continue their investigations into the November 5 shootings at Fort Hood, Tex, and the Senate Committee on Homeland Security and Governmental Affairs began its own hearings.

Authorities have identified Hasan as the only suspect in the rampage, and the military has charged him with 13 counts of premeditated murder. As of press time, Hasan has not disclosed his motives. The Senate investigation “is about understanding the factors that led Major Hasan-a senior Army officer and a psychiatrist trained to ease human suffering-to kill and injure so many of his fellow soldiers,” said Ranking Committee Member Susan Collins (R-Me).

Hasan, 39, had reported for duty as an Army Medical Corps psychiatrist at Fort Hood’s Darnall Army Medical Center in July, after working at Walter Reed Army Medical Center (WRAMC) in Washington, DC, for 6 years. He received his medical degree from the military’s Uniformed Services University of the Health Sciences (USUHS) in 2001 and then pursued a career in psychiatry at WRAMC, where he worked as an intern, a resident, and as a fellow in disaster and preventive psychiatry. He was promoted to the rank of major in April 2008.

At Darnall, Hasan appeared to be a dedicated professional and “had been performing quite well,” COL Kimberly Kesling, MD, deputy commander of Darnall’s clinical services, told TheWall Street Journal.

Earlier, he encountered some trouble. In 2007, according to a November 18 National Public Radio report, a “Memorandum for: Credentials Committee,” signed by the chief of psychiatric residents at WRAMC, MAJ Scott Moran, MD, warned that “the Faculty has serious concerns about CPT Hasan’s professionalism and work ethic.” It cited proselytizing patients, mistreating a homicidal patient and allowing her to escape from an emergency room, and not answering the phone while on call for emergencies and possibly placing the patients in danger. But the memo also said that Hasan was able to self-correct with supervision and was competent enough to graduate.

That same year, according to TheWashington Post, Hasan at the culmination of his residency delivered an hour-long PowerPoint presentation on “the Koranic World View As It Relates to Muslims in the US Military.” He lectured supervisors and other mental health staff on Islam, suicide bombers, and threats the military could encounter from Muslims conflicted about fighting in Iraq and Afghanistan. He also recommended that the DOD allow Muslim soldiers the option of being released as “conscientious objectors to increase troop morale and decrease adverse events.”

While Hasan’s performance and religious views concerned some at WRAMC and USUHS, a military official recently told the Associated Press that the group saw no evidence that Hasan was violent or a threat. They decided to send him to Fort Hood, where his performance would be monitored and where others could assume his workload if necessary.

Whatever Hasan’s superiors thought, one of Hasan’s former patients at WRAMC described him as “far and away one of the best psychiatrists I ever dealt with.”

So far, the reports from military sources and from those who know Hasan characterize the Virginia-born psychiatrist of Jordanian descent as a deeply religious man who opposed his country’s wars in Iraq and Afghanistan; an unmarried loner who had endured name-calling and harassment about his Muslim faith while in the Army; a visitor to Islamist Web sites; someone with questionable links to Imam Anwar al-Awlaki, a supporter of Islamist jihad; a psychiatrist shaken by the horrors his patients described; and a soldier so anxious about his upcoming deployment to Afghanistan with Madison, Wisconsin’s 467th Medical Detachment that he had hired a lawyer to try to get him a discharge.

Hasan’s relatives insist Hasan was a good doctor, and that if he was the shooter, he must have “snapped.”

Their comments raise questions about whether there is sufficient monitoring and caring for the behavioral health caregivers of service members and their families.

Although Darnall’s Kesling said she saw no sign that Hasan was experiencing burnout, she acknowledged that his job as a psychiatrist was intense. She told TheWall Street Journal that some Army mental health professionals experience burnout from the burden of hearing so many stories from traumatized veterans.

Military behavioral health providers describe crushing schedules with 10 or more patients a day, most of whom experienced devastating trauma or mutilation, according to a New York Times report.

“They must leave family and friends and be in harm’s way, plus they are charged with helping keep soldiers mentally healthy. Often, they face multiple deployments and feel as if their job is never done.”

Inadequate staffing is viewed as an additional stressor. Currently the Army has 194 civilian, 121 military, and 93 contract psychiatrists available to its population of more than half a million people, according to the surgeon general’s office.

A DOD Task Force on Mental Health, which heard expert testimony and made site visits to 38 military installations, warned in its 2007 report of increasing stress on mental health personnel because of shortages and high attrition rates.1

The combined military-civilian taskforce, McCurdy said, advised the DOD that it faced an “impending workforce train wreck” and needed to recruit more doctors and psychologists to address the increasing demand for services.

McCurdy said he personally talked with many psychiatrists and psychologists who joined the Armed Services with the anticipation of staying 20 years, retiring, and receiving a pension and who decided to explore something else careerwise.

These were young psychiatrists and psychologists who had children and who were experiencing multiple deployments as well as disruptions from being deployed for up to 15 months, McCurdy said so many were deciding not to re-up.

Questions about screening behavioral health professionals and providing them with adequate support have also arisen in the wake of the Fort Hood tragedy.

Warner, a USUHS graduate who completed his residency training in family practice and psychiatry at WRAMC, said, “Psychiatric residency training at Walter Reed Army involved frequent supervision by the senior resident, the attending physician, and videotaped counseling sessions, so there was one-to-one monitoring.”

In addition, the provider can use Military OneSource,2 a round-the-clock crisis intervention program that supports active-duty, National Guard, and Reserve service members and their families, both in the United States and abroad. Professionally trained consultants assess a caller’s needs and can refer him or her to health care professionals for follow-up, face-to-face counseling, or online counseling. Counseling sessions are kept confidential within certain guidelines.

More specifically, Warner said, providers can use the Provider Resiliency Training program established in 2007. Initial groundwork for the program was done at Landstuhl Regional Medical Center in Germany, where behavioral health providers were working with evacuees from Iraq and Afghanistan. That program is now available at each of the Army installations.3

The Provider Resiliency Training program involves a 3-step process that all medical personnel must complete:

• The provider is required to take the professional quality-oflife assessment at http://www.behavioralhealth.army.mil.3 The assessment is an online scientific instrument that looks at burnout and compassion fatigue as well as job satisfaction.

• Once the assessment is complete, the provider receives an educational session on the most advanced research, concepts, and theories as they relate to self-care. The focus is on identifying the internal and external stressors that contribute to burnout and compassion fatigue.

• The trainer meets individually with medical personnel to review their professional quality-of-life assessment results and to help develop a personalized resiliency plan.

Warner concluded, “It is important we recognize that just as stigma sometimes keeps our soldiers from seeking help, it can also be an issue for behavioral health professionals working with them. We need to talk with colleagues and look out for each other.”