Medical, psychiatric, and/or developmental disorders can be falsified in a variety of ways. Know the warning signs often missed by clinicians.

To view the information in PDF format, click here. 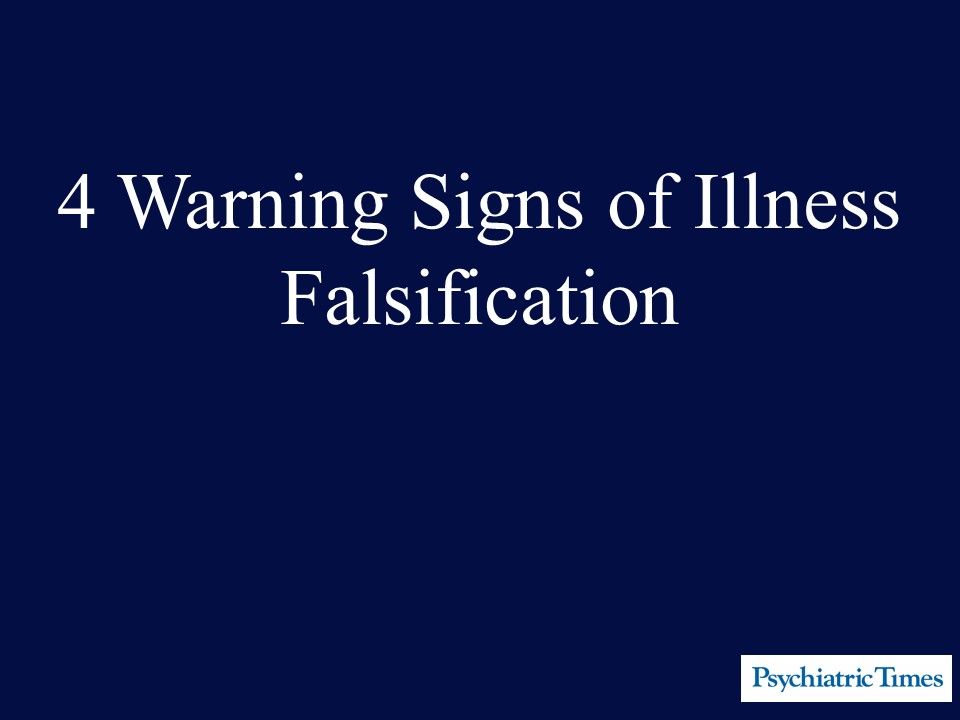 Scroll through the slides for explanation of concepts. Text is in some of the captions. To view the information in PDF format, click here. 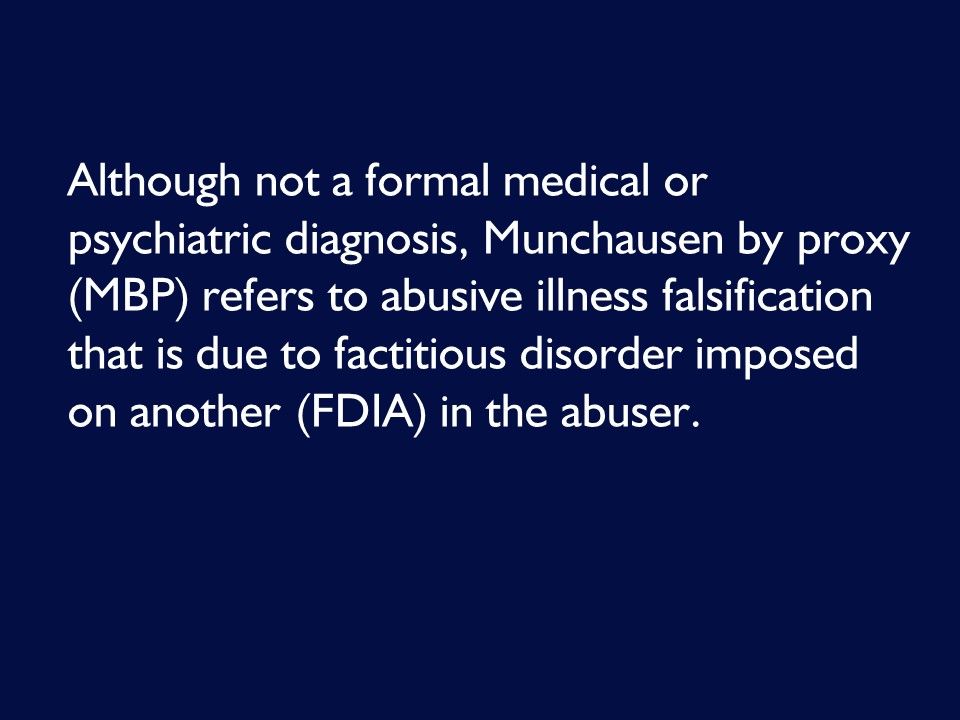 Although not a formal medical or psychiatric diagnosis, Munchausen by proxy (MBP) refers to abusive illness falsification that is due to factitious disorder imposed on another (FDIA) in the abuser. 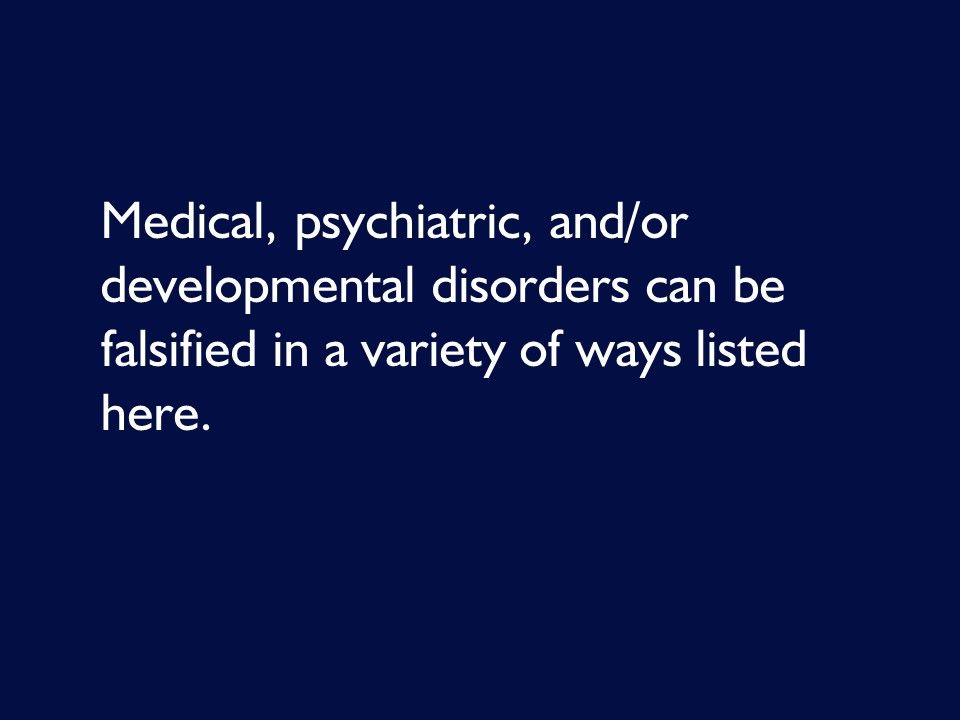 Medical, psychiatric, and/or developmental disorders can be falsified in a variety of ways listed here. 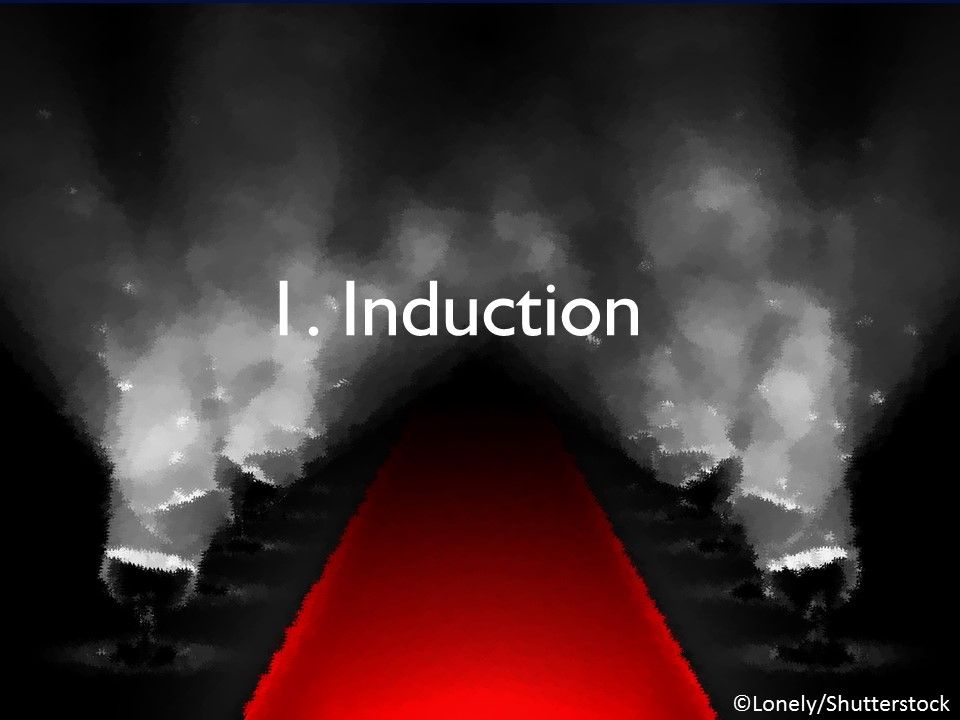 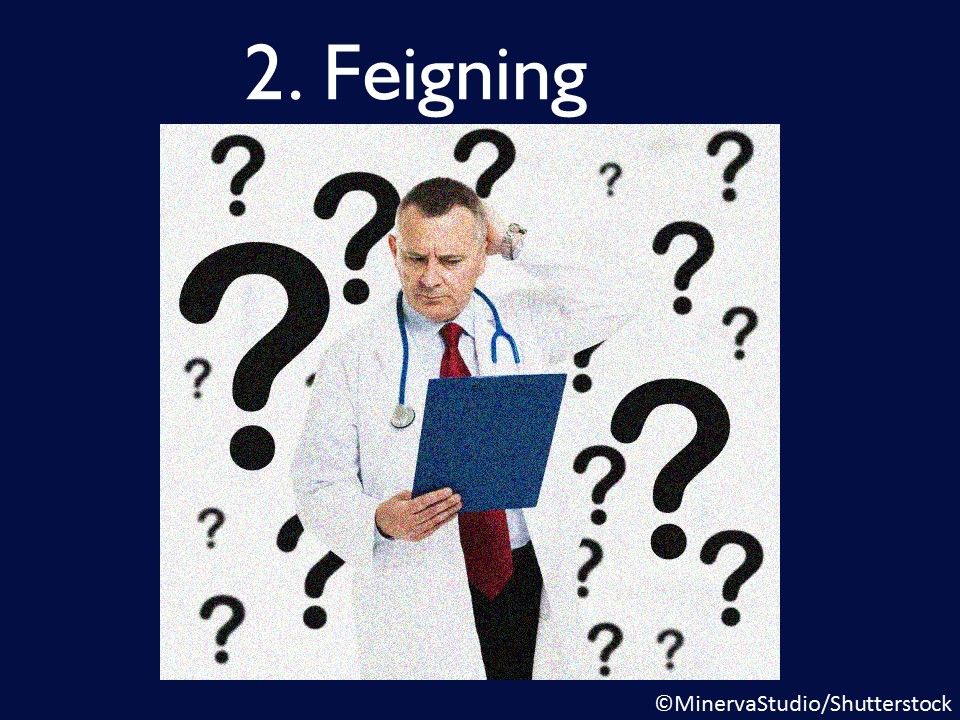 Medical test results that have been downloaded from an Internet site; evidence of tampering with diagnostic tests; exogenous blood or other biological specimen presented as coming from the child 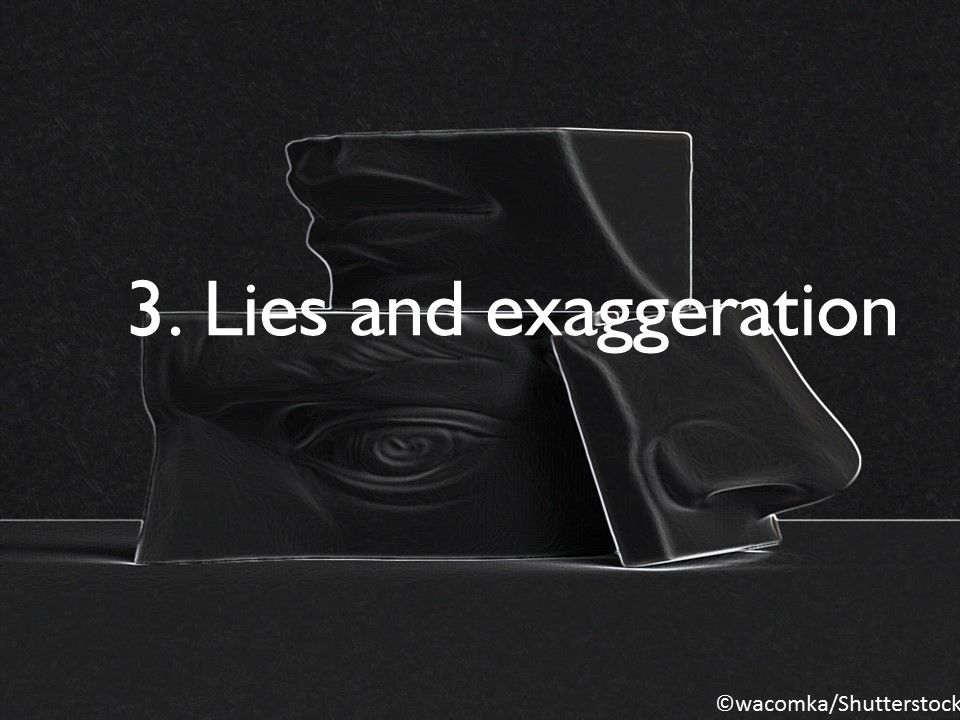 A pattern of persistent or recurrent illness that does not make sense; lack of continuity of care and appropriate communication among medical professionals; a pattern of reported symptoms that do not match objective findings or diagnoses; inaccurate reports of past history; more than one name or medical record number used for the patient 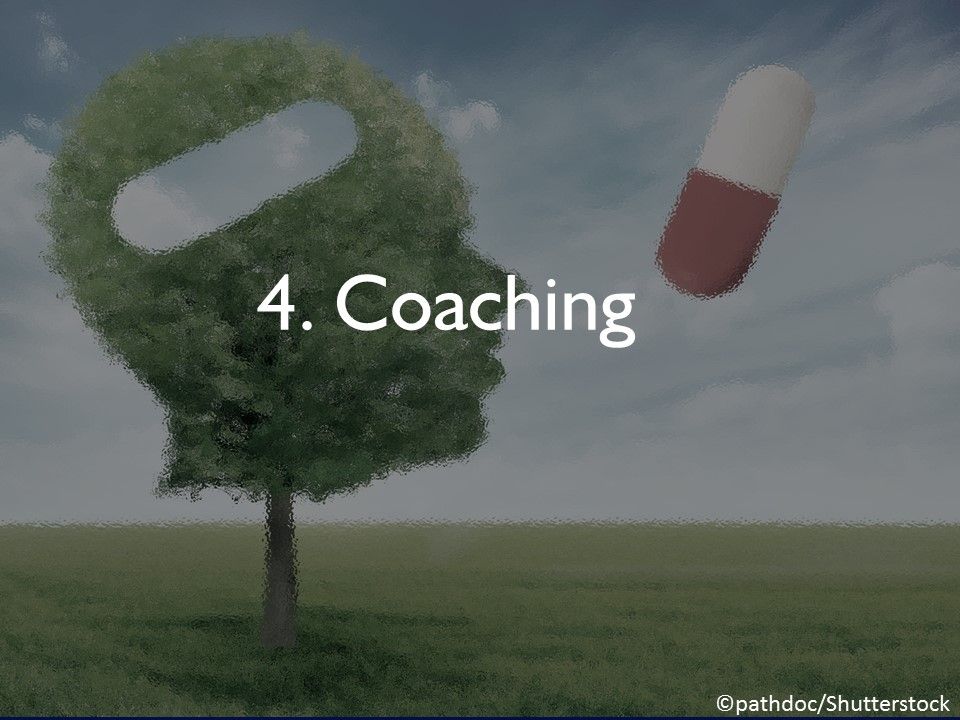 Language used by child is above his or her developmental level; child uses same phrases as caregiver for symptom descriptions 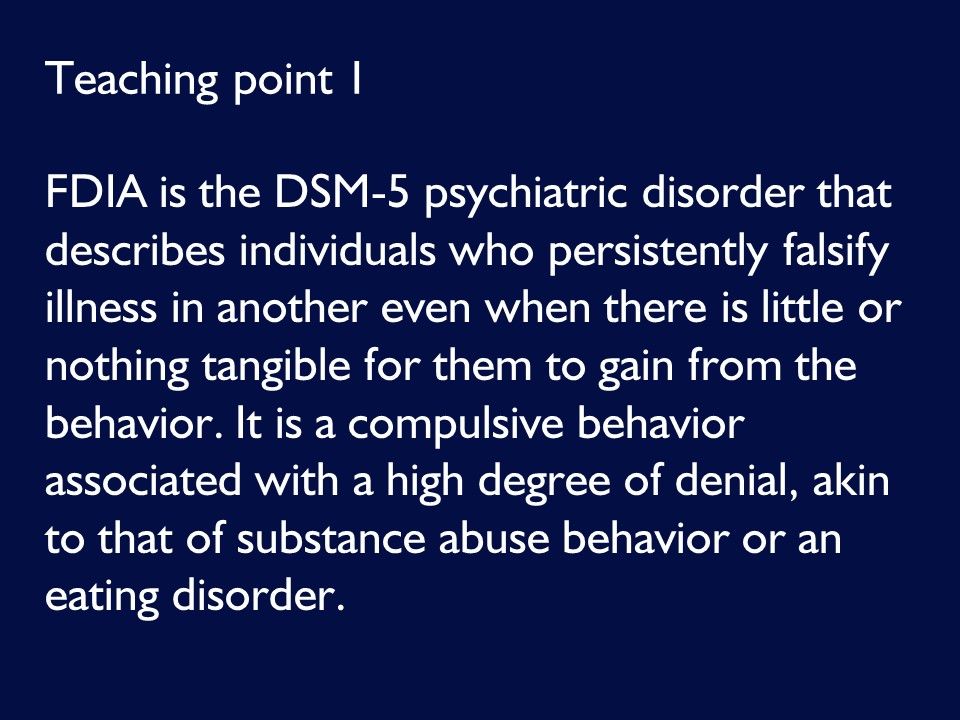 FDIA is the DSM-5 psychiatric disorder that describes individuals who persistently falsify illness in another even when there is little or nothing tangible for them to gain from the behavior. It is a compulsive behavior associated with a high degree of denial, akin to that of substance abuse behavior or an eating disorder. 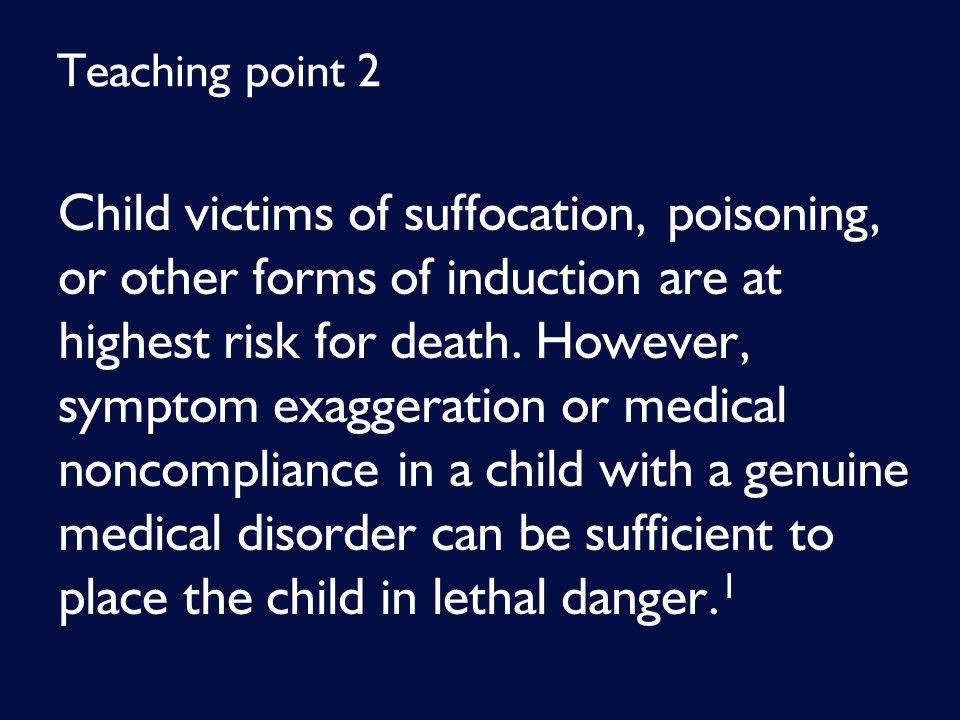 Child victims of suffocation, poisoning, or other forms of induction are at highest risk for death. However, symptom exaggeration or medical noncompliance in a child with a genuine medical disorder can be sufficient to place the child in lethal danger.[1] 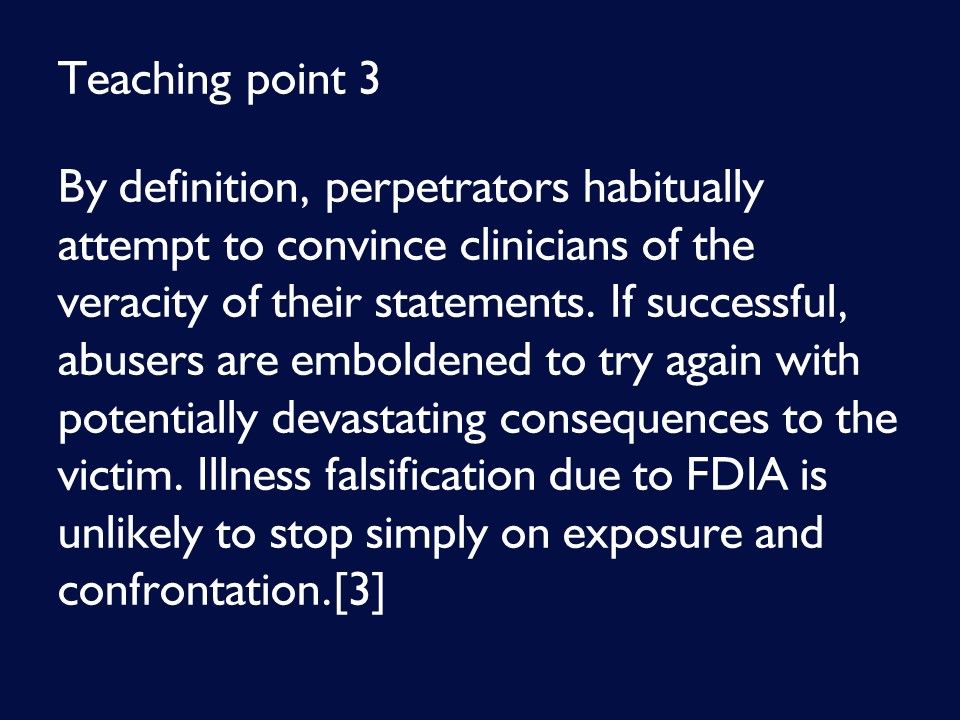 By definition, perpetrators habitually attempt to convince clinicians of the veracity of their statements. If successful, abusers are emboldened to try again with potentially devastating consequences to the victim. Illness falsification due to FDIA is unlikely to stop simply on exposure and confrontation.[3] 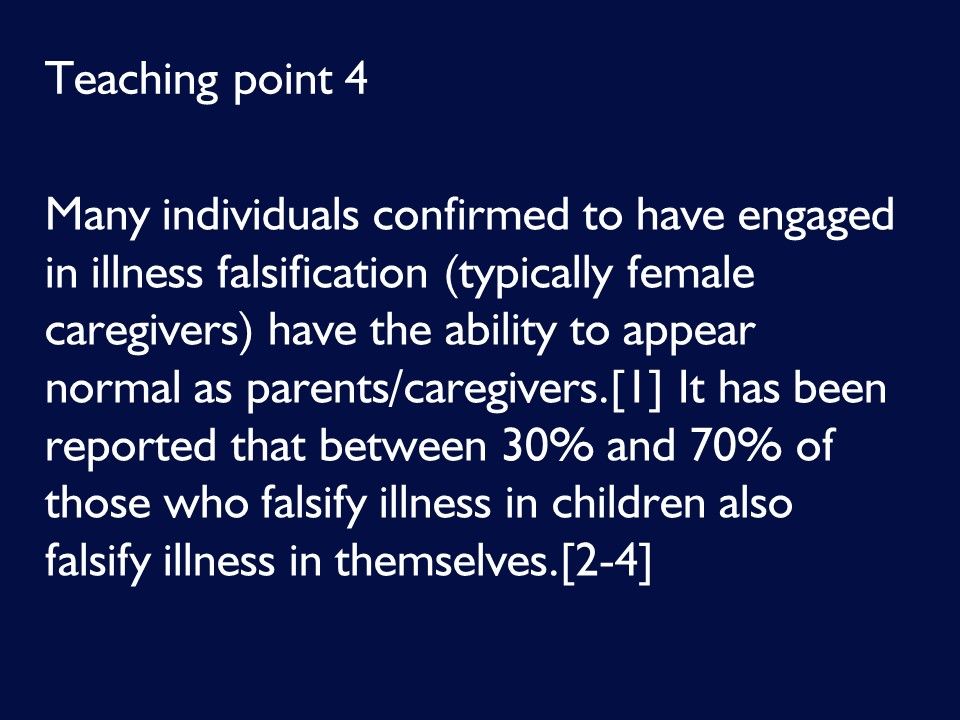 Many individuals confirmed to have engaged in illness falsification (typically female caregivers) have the ability to appear normal as parents/caregivers.[1] It has been reported that between 30% and 70% of those who falsify illness in children also falsify illness in themselves.[2-4] 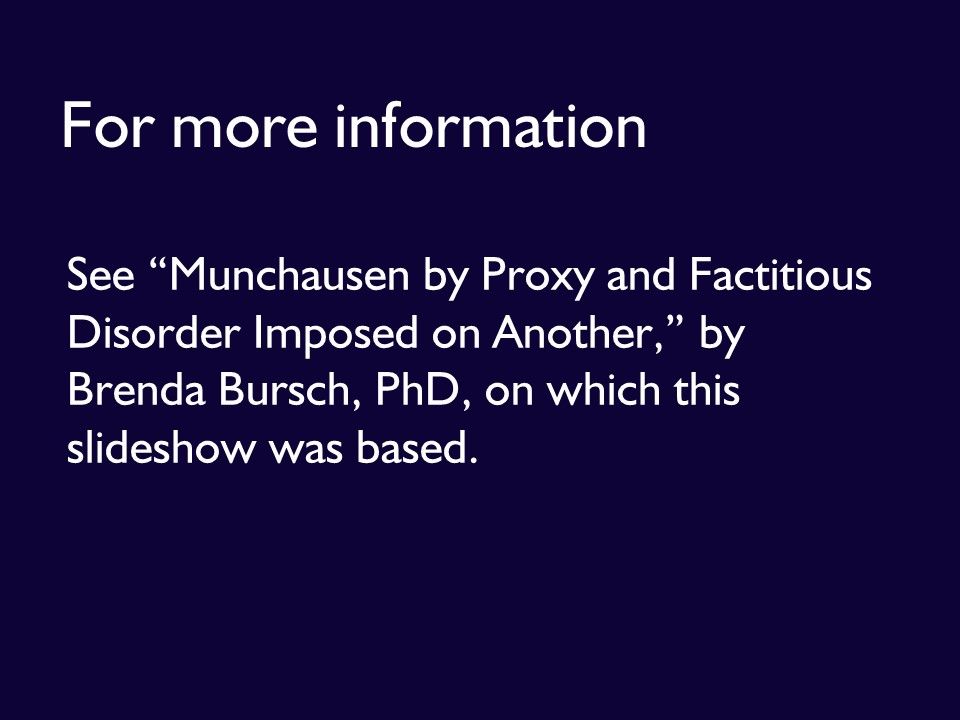 For more on this topic, see Munchausen by Proxy and Factitious Disorder Imposed on Another, by Brenda Bursch, PhD, on which this slideshow was based. 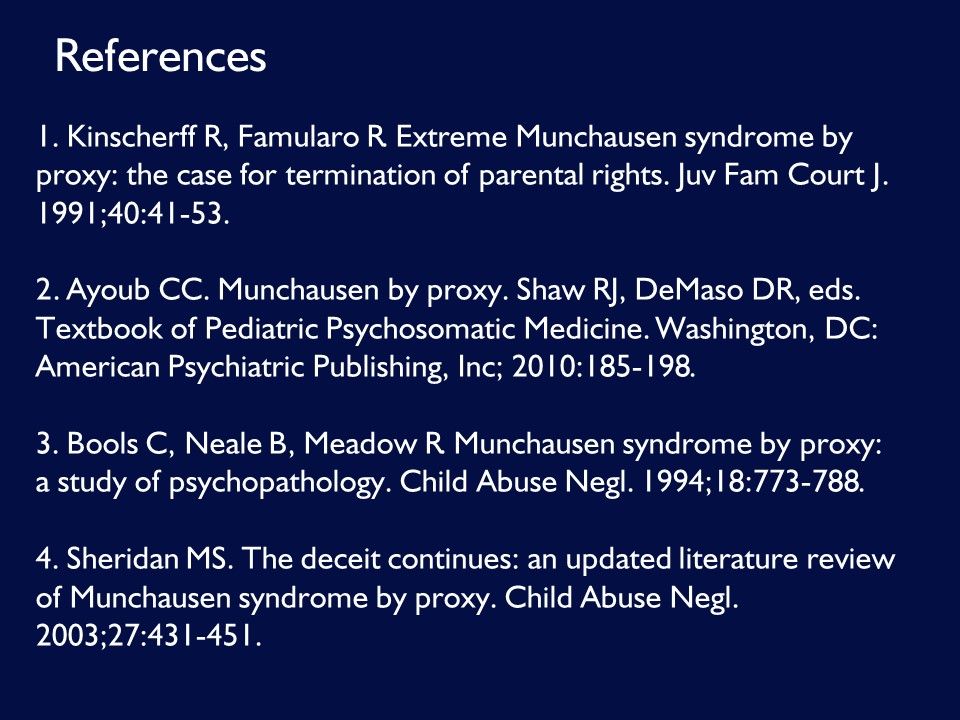