The Aftermath of School Shootings

The impact of school shootings extends far beyond the directly affected school and community. What can we do to help survivors and family members? 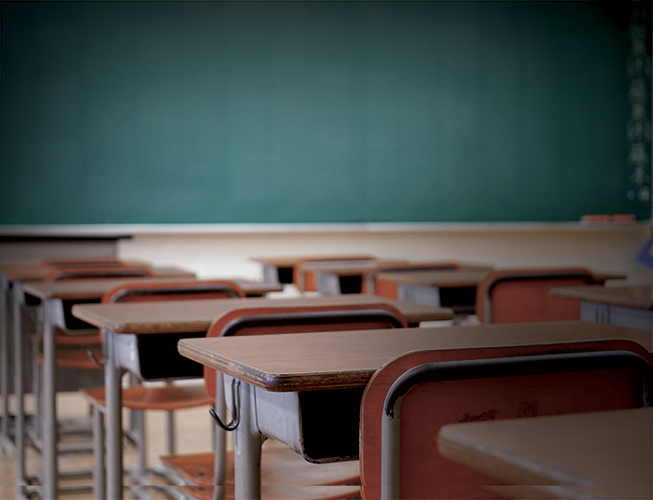 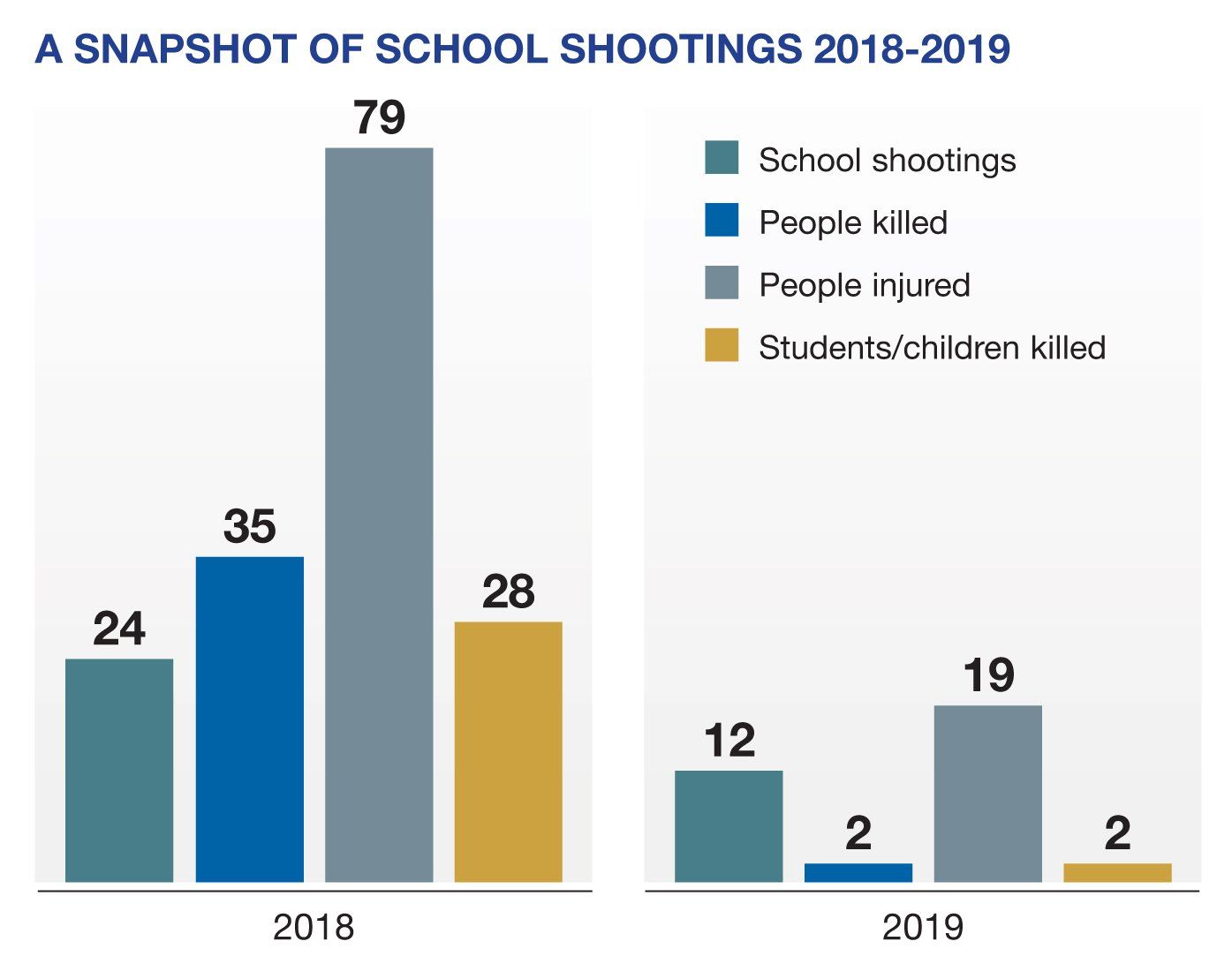 The recent suicides of two teenaged survivors of the 2018 school shooting at Marjory Stoneman Douglas High School in Parkland, Florida and the father of a child killed in the 2012 Sandy Hook Elementary School shooting raise the question of the interplay and impact of survivor guilt, post-traumatic stress disorder, and traumatic bereavement among survivors and victims’ loved ones after such traumatic events. Alarmingly, these three suicides occurred within a 10-day period. The mother of one shooting survivor who died by suicide shared publicly her daughter’s PTSD and survivor guilt. The father of the young Columbine victim had struggled with prolonged grief over 6 years after his daughter’s death, according to his wife. In addition, suicides have also occurred in the wake of the Columbine and Virginia Tech school shootings.

DSM-5 and its predecessors clarify diagnostic criteria for PTSD, but do not specifically name survivor guilt as an outcome of PTSD or traumatic exposure. PTSD’s criterion D (negative alterations in cognitions and mood associated with trauma) includes persistent distorted cognitions such as blaming oneself or others and persistent negative emotional state such as guilt or shame. Risk for suicidal ideation and attempts in PTSD is clearly discussed in the text, as well as the risk for comorbid depression. DSM-5 differs from previous DSMs, which excluded depression diagnosis for symptoms lasting less than two months after a loved one’s death. Thus, at the clinician’s judgment, major depression can now be diagnosed in the presence of bereavement.

Survivor guilt occurs when individuals believe they have done something wrong in surviving a traumatic event in which others have perished. It has been described among Holocaust survivors and combat veterans as well as by survivors of natural disasters, airplane crashes, acts of terrorism, and mass shootings. While some survivor guilt may be natural, when excessive or prolonged, it can lead to other problems.

Here’s an example of a man who survived the Oklahoma City bombing while working inside the Federal Building. When the blast occurred, he had been turning on a light switch. He developed the irrational belief that his switching on the light had somehow triggered the bomb, although he knew intellectually that this was not the case. He escaped the devastated building with no physical injuries, but many coworkers perished. He did not escape psychic injuries. Along with considerable survivor guilt, he developed PTSD and a substance use disorder, complicating his treatment and recovery, and died a few years later of cardiovascular disease.

Survivor guilt has been described in the psychoanalytic literature. Freud described a broader conceptualization of a more universal guilt that individuals feel when they survive another’s death.1 Hartman recently re-examined Anna Freud’s dreams, exploring the interplay of mourning and survival guilt. Her immediate family escaped the Holocaust but her aunts were lost in Nazi concentration camps. While she never wrote directly about her family’s Holocaust experiences, her grieving was seen to be complicated by survivor guilt, with the possibility that her mourning may have affected her views on trauma and attachment. Anna later worked with child concentration camp survivors although she had a conservative view of altruism.

Survivor guilt has been recognized in combat veterans with PTSD and has been one of 5 factors significantly related to suicide attempts, along with depression, anxiety, severe PTSD, and intense combat guilt as the number one factor.3 Survivor guilt may vary among veterans of different wars. Vietnam veterans had more severe symptoms of PTSD, depression, hostility, survivor guilt, and work impairment as well as earlier onset of alcoholism compared with World War II veterans, although more time had passed since combat experiences for the latter group.4 Hospitalized Nigerian army veterans who had served as peacekeepers in Liberia and Sierra Leon had higher rates of survivor guilt (38%) than PTSD (22%), with survivor guilt associated with avoidance of trauma stimuli and PTSD linked with alcohol and cannabis use.5

Traumatic bereavement or grief may occur after a sudden or unexpected death of a loved one if the response is severe or prolonged or interferes with functioning. It differs from survivor guilt in having predominant grief rather than guilt. According to the National Center for PTSD, with traumatic bereavement there is preoccupation with or a longing for the deceased; avoidance or being drawn to reminders of the lost one; feeling bitter, dazed, or angry; seeing the deceased or hearing the loved one’s voice; difficulty with relationships, upsetting memories, or feelings of emptiness.6

Other psychiatric, behavioral, or medical problems may also occur with prolonged traumatic grief. Risk factors complicating recovery after witnessing sudden death include survivor guilt, having one’s own life threatened, and being confronted with massive, shocking deaths. For children, having many losses or viewing death is especially difficult. To help the traumatically bereaved individual recover hope and comfort, recommendations include providing information about grief, assessing the bereaved person’s distress while helping solve practical problems, and managing intense feelings.6

In light of recent events, mass shootings of youth have become increasingly a concern. What have we learned over the years? Much of the focus has understandably been on PTSD, with some assessments of grief. One year following a 1984 sniper attack at an elementary school, surviving children had more grief symptoms if they were better acquainted with the deceased child and had had more exposure to the violence; grief and PTSD symptoms sometimes presented independently, and at other times they were interconnected.7

Four months after a 2007 high school shooting in Finland, half of the girls and a third of boys had posttraumatic distress; intense exposure and female gender increased the risk for PTSD.8 After a 2007 classroom shooting in an Illinois university, an assessment of female undergraduates in a sexual revictimization study found many (42.1%) to be resilient, with 11.9% having probable PTSD acutely and 8 months later.9 More PTSD symptoms at 8 months was associated with higher prior trauma exposure, post-trauma emotional dysregulation, and peritraumatic dissociation.

The impact of school shootings extends far beyond the directly affected school and community. The widespread emotional effects of 69 deaths (average age 19 years) in a 2011 summer camp mass shooting in Norway were revealed in an assessment of over 10,000 Norwegian high school students. One in five respondents knew individuals directly exposed, over 50% felt the event threatened their own or a close one’s lives, and almost 80% had changed views of the world. Higher levels of PTSD symptoms were associated with personal proximity to the events, perceived threat, and being a female or immigrant.10

Looking at the widespread effects of mass school shootings, a national US survey of high school students not directly involved in the event was conducted a month before and two months after the 1999 Columbine High School shootings. Results showed that more students felt too unsafe to go to school after the catastrophe, but they were less likely to consider suicide.11 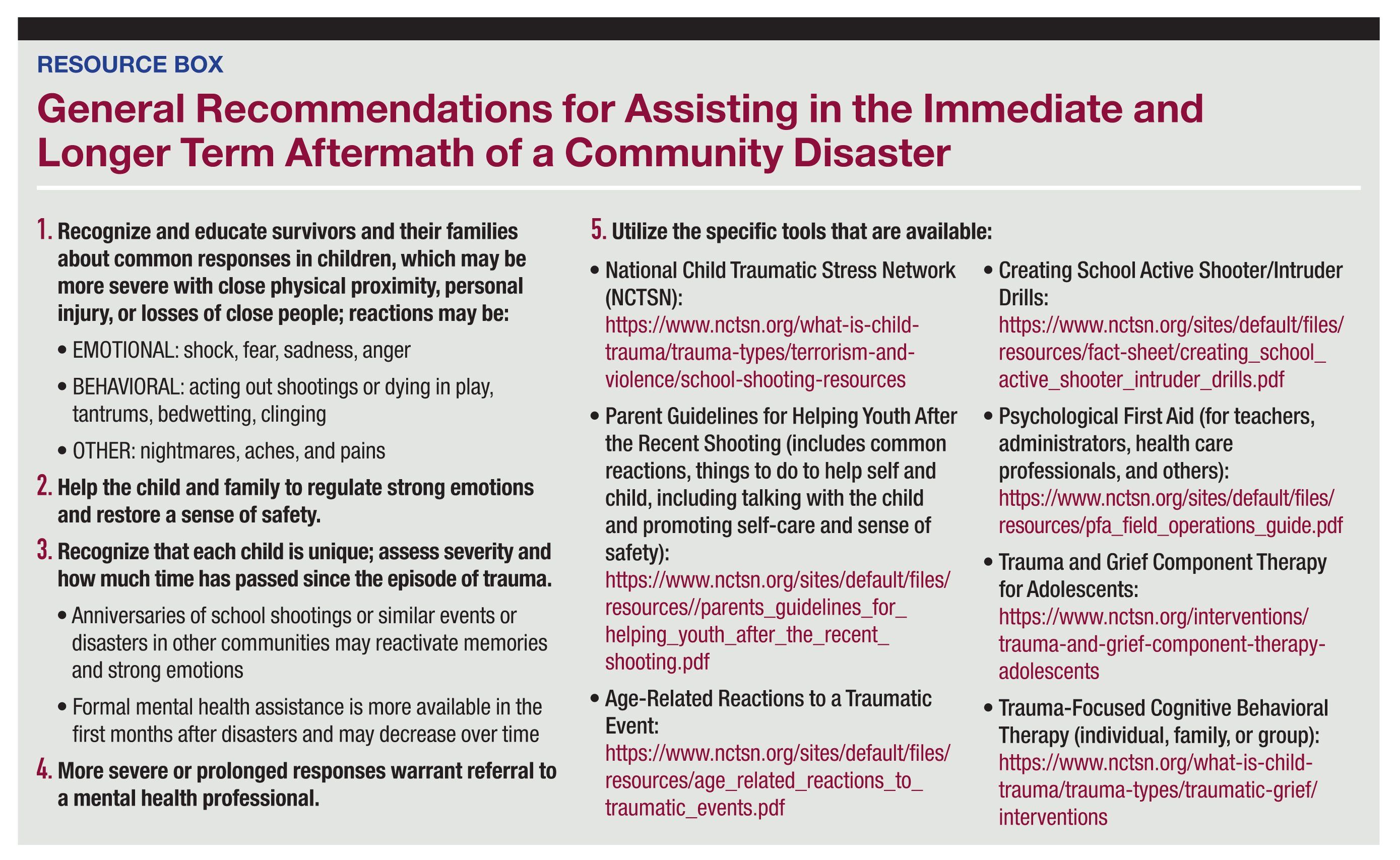 RESOURCE BOX: General Recommendations for Assisting in the Immediate and Longer Term Aftermath of a Community Disaster

So, what can we do to help survivors and family members of school shootings? No studies have systematically studied interventions to help these individuals with specific problems of survival guilt alone. See Resource Box for recommendations that may be helpful in the immediate aftermath of a community disaster and over time.

Treatments for diagnosed PTSD cited by the National Center for PTSD as having the strongest evidence for efficacy are prolonged exposure, cognitive processing therapy, and eye movement desensitization and reprocessing (EMDR). Four antidepressants with demonstrated effectiveness in adults only are sertraline, paroxetine, fluoxetine, and venlafaxine. Similarly, psychotherapy and some antidepressants may be helpful for children or adolescents who have major depression in the aftermath of mass violence.

Providing a sense of safety and normalcy is important. A recent study of children and teens who presented to an ER in the UK after traumatic incidents were followed for two months. The findings suggest that youths with more PTSD symptoms made more efforts to deliberately process their trauma, as if they perceived that there was something wrong with them. PTSD symptoms were not associated with severity of physical injuries, other life stressors, or social support.12

The reactions of caregivers also plays a role in number of PTSD symptoms. More PTSD symptoms were seen in traumatized youths who had families who exaggerated their child’s emotional response or whose parents reported more family over-involvement and accommodation behaviors.

School shootings have taken direct and secondary victims and appear to be increasing. While limiting access to weapons among at-risk youth and monitoring social media for potential threats may help prevent future incidents, as mental health professionals we must deal with the emotional toll on innocent survivors and among youths in general, to restore mental health and a sense of safety.

12. Meiser-Stedman R, McKinnon A, Dixon C, et al. A core role for cognitive processes in the acute onset and maintenance of post-traumatic stress in children and adolescents. J Child Psychol Psychiatry. March 2019; Epub ahead of print. 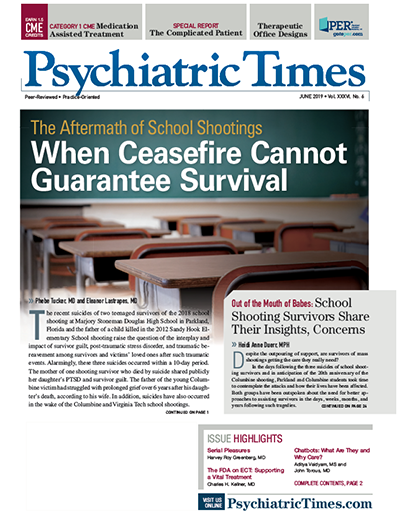 The Psychiatric Assessment of People Who Are Deaf or Hard of Hearing
Overcoming Treatment Resistance: Can Pharmacogenetics Help?
Treating Patients With Comorbid Anxiety and Diabetes Mellitus
Introduction: A Lexicon of Complex Patients in Psychiatric Practice
Chatbots: What Are They and Why Care?
Islamophobia and Psychiatry: Recognition, Prevention, and Treatment
The FDA on ECT: Supporting a Vital Treatment
Serial Pleasures
Strategies to Facilitate a Positive Clinical Encounter
Medication-Assisted Treatment on a Budget: Two You Should Know
Psychiatric Pharmacogenomic Testing: The Evidence Base
Patient Interviewing 101
Out of the Mouth of Babes: School Shooting Survivors Share Their Insights, Concerns
The Aftermath of School Shootings
Newly Identified Neural Circuit May Be Target for Future PTSD Treatments
Related Videos
Related Content