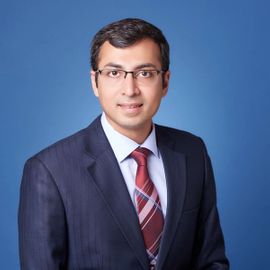 Anxiety disorders are highly prevalent in the general population, particularly in those with medical illnesses such as diabetes.

Based on estimates by the International Diabetes Federation, there are 451 million people with diabetes mellitus worldwide and the prevalence is projected to increase to 693 million by 2045. Worldwide, five million deaths were attributed to diabetes in 2017 and global health care expenditure incurred for diabetes in that year was 850 billion US dollars.1 The prevalence of diabetes mellitus in the US is variously estimated to be around 7% to 9%. Type 2 diabetes mellitus (T2DM) is the more common subtype of the disorder, accounting for 90% to 95% of the cases; the remaining are predominantly type 1 diabetes mellitus (T1DM).2,3

Association between anxiety and diabetes

Comorbid anxiety disorders and diabetes mellitus is known to occur more than would be predicted by chance alone. In a meta-analysis of 12 studies including data from nearly 13,000 individuals with diabetes, diabetes was associated with an increased probability of anxiety disorders (odds ratio [OR] = 1.20) as well as anxiety symptoms (OR = 1.48).5

Analysis of data from the 2006 Behavioral Risk Factor Surveillance System (N = 201,575; 20,142 with diabetes) revealed that after adjusting for educational level, marital status, employment status, current smoking, leisure-time physical activity and body mass index, individuals with diabetes had a 20% higher prevalence of lifetime diagnosis of anxiety than those without (prevalence risk 1.20; 95% CI 1.12, 1.30). Young adults (aged 18-29 years) and Hispanics were noted to be at higher risk compared with other age and ethnic groups respectively.6

In a systematic review of 18 studies, prevalence of GAD was 14% in individuals with diabetes. The prevalence of anxiety disorder not otherwise specified (subsyndromal presentations) and of elevated anxiety symptoms were reported to be 27% and 40%, respectively. Anxiety symptoms were higher in diabetic women compared with men and similar in patients with T1DM versus T2DM.7

Effects of anxiety on outcomes in diabetes

Several studies have reported an association between anxiety and glycemic control in diabetes. For instance, a 2011 study found significant correlations between anxiety symptom severity (measured by Hospital Anxiety and Depression Scale) and BMI (correlation coefficient r = 0.34), HbA1c levels (r = 0.41), postprandial blood glucose levels (r = 0.51) and daily physical exercise (r = -0.25).8 A 2002 meta-analysis reported that anxiety was significantly associated with hyperglycemia in studies in which the diagnosis of anxiety was determined from diagnostic interviews (although it was only marginally significant when all studies were included).9

Meta-cognitive beliefs (such as “worrying about the future keeps me prepared” or ‘‘worry is uncontrollable”) are associated with anxiety as well as depression with both T1DM and T2DM. In a study of nearly 2000 people with T2DM, those with elevated anxiety and/or depression symptoms were less likely to report adhering to self-care recommendations, and were more likely to have poor eating habits, reduced physical activity, and increased risk of smoking.12

At the same time, anxiety symptoms may predispose some people with diabetes to be more receptive to self-management training approaches. In one randomized controlled trial (RCT) of group-based self-management training directed at patients with serious mental illness and T2DM, those with anxiety comorbidity demonstrated greater improvement in HbA1c with the intervention.14 One possible explanation may be that anxiety symptoms, particularly in the mild to moderate range, may make some people with diabetes more receptive to self-management training by enhancing the awareness and worry surrounding the potential risks of poorly controlled blood glucose.

Three categories of explanations have been proposed to explain this link between diabetes and anxiety. The first two postulate a direct causal link between the two, while the third sees this association as resulting from mutual relationship with other factors.

These three hypotheses are not mutually exclusive, and all three may very well be true (Box).

1Anxiety as a risk factor for the development of diabetes. This hypothesis pertains to the physiological effects of chronic anxiety on the hypothalamic pituitary axis (HPA) that leads to an increase in diabetogenic hormones such as glucagon, epinephrine, norepinephrine, cortisol, and growth hormone in the body. It has been noted that stressful events can trigger the development and progression of diabetes in at-risk individuals. In a Swedish longitudinal study, individuals who reported elevated symptoms of depression and anxiety at baseline had increased risk of T2DM at 10-year follow-up.15

2Diabetes as a risk factor for the development of anxiety. This hypothesis views anxiety as a response to the stress of diagnosis and management of diabetes. The news of the diagnosis itself as well as the stress of day-to-day management can be a significant source of distress. Many persons with diabetes experience fear of losing control over their health and have difficulty following recommended life style modifications, adhering to regular blood glucose monitoring, and incorporating dietary changes. Furthermore, development of complications associated with diabetes such as neuropathy and cardiovascular disease can be anxiety inducing.

3Anxiety and diabetes are indirectly related via mutual factors. Factors such as pain, disability, depression, obesity, and inflammatory markers are independently associated with diabetes as well as anxiety, and the presence of one or more of these factors may underlie some of the comorbidity seen between the two conditions.

Physical symptoms of anxiety, particularly during panic attacks, such as increased heart rate, sweating, trembling, nausea or abdominal distress, feeling dizzy, numbness or tingling sensations can mimic symptoms during hypoglycemic states. Patients with diabetes may develop a phobia for needles or they may show an excessive fear for hypoglycemic episodes, and these anxiety reactions can result in poor glucose monitoring, non-adherence with insulin administration as well as deliberately maintaining hyperglycemic states to mitigate the fear of hypoglycemia. These anxiety and phobic symptoms may be particularly prominent in children with T1DM.

Screening for anxiety disorders in patients with diabetes

The American Diabetes Associationrecommends that all patients be screened and assessed for symptoms of diabetes distress and anxiety (in addition to depression, disordered eating, and cognitive capacities) using standardized and validated tools at the initial visit, at periodic intervals, and when there is a change in disease, treatment, or life circumstance. They also recommend including caregivers and family members in this assessment (with the explicit consent of the patient) and referring to a mental health specialist if indicated.16 Patients with diabetes who have a history of psychiatric disorders are at increased risk for depression and anxiety symptoms, and these high-risk patients should be monitored more vigilantly for symptoms of anxiety.

The 7-item self-report anxiety scale GAD-7 is a valid and efficient tool to assess for anxiety and was noted to have a sensitivity of 89% and specificity of 82% for diagnosis of GAD.17 It can be used to assess response to treatment, and it is a good indicator of symptom severity. GAD-2, which consists of the first 2 items of GAD-7, is also utilized as a screening instrument. It uses a cut-off of 3 and has a sensitivity of 80% and specificity of 81%.18

GAD-7 also performs reasonably well as a screening tool for anxiety disorders other than GAD. It is common for outpatient primary care practices to screen all patients with GAD-2 and administer GAD-7 to those who screened positive. GAD-2 and GAD-7 are appropriate screening instruments for patients with diabetes. It is important to note that GAD-7 is a screening instrument, and any diagnosis of an anxiety disorder requires a clinical interview.

Evaluation and diagnosis of anxiety in diabetes

Patients with unusual features of anxiety such as late onset, weight loss, and cognitive decline should be evaluated for underlying medical causes and warrant a complete blood count, comprehensive metabolic panel, thyroid-stimulating hormone test, urinalysis, urine drug screen, and electrocardiogram. See Table 1 for other clinical tips for assessment and evaluation of anxiety symptoms in patients with diabetes.

Pharmacological treatments of anxiety disorders include selective serotonin reuptake inhibitors, serotonin and norepinephrine reuptake inhibitors, other antidepressants, benzodiazepines, atypical antipsychotics (such as quetiapine), beta-blockers, GABA-analogues (gabapentin and pregabalin), and anticholinergic medications (diphenhydramine). Findings suggest that antidepressants may be associated with an increased risk for diabetes, although more recent evidence indicates that the risk, if present, is small. Higher rates are seen with higher doses, longer duration, and polypharmacy.

Although there is concern regarding weight gain as a potential adverse effect of antidepressants, which could theoretically worsen metabolic status, existing research overwhelmingly shows that antidepressants have a favorable effect on glycemic control.19 Data are limited for treatment of anxiety in diabetes, but antidepressants may have a similarly favorable profile on glycemic control. Moreover, antidepressant use in people with diabetes may lead to an increase in the frequency and severity of hypoglycemia and absence of hypoglycemia symptoms. Caution is warranted, but overall the evidence has been reassuring in that regard.

In a double-blind placebo-controlled trial, treatment with alprazolam for 8 weeks was reported to improve HbA1c levels in patients with a history of poor diabetes control. Although there was also a reduction in anxiety symptoms, improvement in glycemic control was not directly related to concomitant changes in anxiety, suggesting the presence of complex relationships between underlying mechanisms.20 It should be noted that long-term use of benzodiazepines is associated with multiple risks such as addiction, cognitive impairment, and falls; patients with diabetes may be more vulnerable to these adverse events. Benzodiazepines, therefore, should not be used as first-line treatments and when used, they should be prescribed with caution.

Psychological treatments include various forms of psychotherapy, with cognitive-behavioral therapy (CBT) widely considered a first-line option. A meta-analysis of 12 RCTs showed that CBT effectively improved anxiety and depression symptoms in diabetes, improved short-term and medium-term glycemic control, and may offer benefits for diabetes-related distress and quality of life.21

Lifestyle modifications can be beneficial in the management of diabetes and anxiety simultaneously. For example, the Mediterranean diet has been associated with a decreased risk of diabetes in the general population, and it improves glycemic control.22 Additionally, it is protective for cardiovascular disease risk factors. Furthermore, preliminary evidence indicates that a Mediterranean diet may be beneficial for anxiety, although it remains better studied for depression.23

Collaborative care models have been successfully utilized in depression and diabetes mellitus. The application of collaborative care models to anxiety and diabetes is anticipated to be similarly successful. A proposed model by Bickett and Tap2 consists of screening for anxiety in diabetic patients using GAD-7, followed by interventions as indicated by the severity of scale (eg, breathing exercise training, diabetes health coaching, mindfulness, psychotropic medications).

19. Roopan S, Larsen ER. Use of antidepressants in patients with depression and comorbid diabetes mellitus: a systematic review. Acta Neuropsychiatr. 2017;29:127-139.