Are antidepressants active placebos or lifesavers? Are they overprescribed? Are clinical trials of these drugs insufficient? 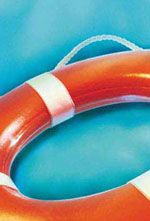 Are antidepressants active placebos or lifesavers? Are they overprescribed? Are clinical trials of these drugs insufficient?

These were among the issues vigorously debated in recent commentaries appearing in The New York Review of Books and The New York Times. Marcia Angell, MD, Senior Lecturer on Social Medicine at Harvard Medical School and former Editor-in-Chief of The New England Journal of Medicine, and Peter Kramer, MD, Clinical Professor of Psychiatry and Human Behavior at Brown University and author of Listening to Prozac and Against Depression, represented the conflicting viewpoints.

Angell presented her views in a 2-part essay in The New YorkReview of Books,1,2 in a response to psychiatric leaders’ criticisms of her essays,3 and in a subsequent letter in The New York Times.4 She contended that clinical trials have failed to find antidepressants effective at all in mild to moderate depression; that many psychiatric drugs have devastating adverse effects, especially in children and when used long-term; and that despite the risks and uncertain benefits, use of psychiatric drugs is soaring and the heavy reliance on drugs diverts resources better spent on improving treatment.

Antidepressants and other psychiatric drugs, Angell charged, “are greatly overused, mainly because of the pharmaceutical industry’s influence on the psychiatric profession.” She also criticized the quality of clinical research in psychiatry as “especially poor” and the DSM as lacking validity, ever widening the scope of mental disorders and justifying “the use of psychoactive drugs.”

Angell supported her stance by citing study findings and opinions from 3 recent books: psychologist Irving Kirsch’s The Emperor’s New Drugs: Exploding the Antidepressant Myth; journalist Robert Whitaker’s Anatomy of an Epidemic: Magic Bullets, Psychiatric Drugs, and the Astonishing Rise of Mental Illness in America; and psychiatrist Daniel Carlat’s Unhinged: The Trouble with Psychiatry-A Doctor’s Revelations about a Profession in Crisis.

In the July 9 issue of The New York Times, Kramer5 offered a spirited defense of antidepressants in his op-ed rebuttal to Angell and others.

“It is dangerous for the press to hammer away at the theme that antidepressants are placebos. They’re not. To give the impression that they are is to cause needless suffering,” said Kramer.

Both Kramer and Angell cited work by Kirsch,6 who used the Freedom of Information Act to obtain FDA reviews of all placebo-controlled clinical trials, whether positive or negative, submitted for the initial approval of 6 antidepressant drugs. The 42 trials revealed that placebos are 82% as effective as the drugs, as measured by the Hamilton Depression Rating Scale (HAM-D). The average difference between drug and placebo was 1.8 points on the HAM-D-a statistically significant difference. Kirsch concluded that antidepressants are probably no more effective than placebos.

The problem with the Kirsch analysis, according to Kramer “is that the FDA material is ill-suited to answer questions about mild depression,” in part because subjects who do not really have depression are too often included in the trials.

Among the 300 comments that followed the online version of Kramer’s opinion piece were first-person accounts of the lifesaving benefits of antidepressants. Others raised questions about clinical trials of antidepressant drugs and com-plained about the drugs’ overuse.

To answer some of the questions asked by letter writers, bloggers, and others, Psychiatric Times contacted J. Alexander Bodkin, MD, Chief of the Clinical Psychopharmacology Research Program at Harvard’s McLean Hospital, and Thomas Insel, MD, director of the NIMH.

Clinical trials performed for the FDA’s approval process “form the basis of recent critiques about the extent of antidepressants’ efficacy,” said Bodkin. “But clinical trials are not designed to show, and never show, the full clinical benefit of optimal medical treatment of depressive illness.”

Rather, he explained, the trials are designed to demonstrate to FDA reviewers whether a proposed antidepressant agent is safe and whether it causes greater reduction in a standard list of depressive symptoms than a matched placebo when given under double-blind conditions to a sizable population of individuals who meet criteria for the “quite heterogeneous diagnosis of major depression, under deliberately therapeutically meager conditions.”

In this type of trial, said Bodkin, depressed individuals are “treated for just long enough for a measurable separation to be likely to occur between a pre-determined set of symptoms of subjects on active drug versus placebo. . . . Scoring a small number of symptoms on several standard scales is not at all equivalent to measuring the changes in actual personal troubles that are of importance and concern to the suffering patient/subject, although there is some overlap.”

Asked about the contention of some that antidepressants are merely placebos with adverse effects, Bodkin responded, “Antidepressants must be demonstrated to be more effective than placebos under the very strict, therapeutically minimal conditions of a clinical trial. Thus, they must exceed placebo in symptom reduction. In general, the frequency of side effects of active antidepressants will exceed the side effects of placebo, but not by much. Placebos produce adverse effects at a non-trivial rate.”

He added that study subjects-regardless of whether they are receiving active medication or placebo-often have a positive emotional experience just from participating in a clinical trial, and that is the source of much of the nonspecific placebo effect that participants receive.

Some of the dissension about antidepressants may relate to the severity of the illness being treated, according to Insel.

“In general, the more mild the syndrome, the greater the likelihood that placebo and medication will look equivalent,” he said.

At a biological level, depression likely comprises scores of different disorders. “We need biomarkers to diagnose these different forms of depression and predict who will benefit from the various treatments available,” he said. “In the absence of biomarkers, severity is one way of stratifying depression. Clinical studies have demonstrated that mild depression tends to improve on placebo, so that the difference between antidepressant use and placebo effect is very small, or at times, absent. However, in more severe forms of depression, the placebo effect is small and antidepressants show greater efficacy.”

In 2010, more than 255 million prescriptions were written for antidepressants, according to IMS National Prescription Audit PLUS. Studies have shown, Insel said, that medical professionals other than psychiatrists are writing the majority of prescriptions (nearly 80%) for these agents.

In the August 1, 2011, issue of Health Affairs, researchers from Johns Hopkins Bloomberg School of Public Health found that much of the growth in antidepressant use can be attributed to prescribing by non-psychiatrist providers without any ac-companying psychiatric diagnosis.

While there are data suggesting that both underuse and overuse of psychiatric medications occur, Insel said a more critical issue is that “only about half of those with major depression receive care.”

“Remember, depression is the single leading cause of medical morbidity in this country,” he said. “It is also deadly, contributing to many of the 35,000 suicides that occur annually in the US.”

The study sample included 757 participants at 5 academic medical centers who enrolled from 1979 to 1981 during an episode of mania, depression, or schizoaffective disorder. The analyses included participants with psychiatric and other medical comorbidity and those receiving acute or maintenance therapy, polypharmacy, or no psychopharmacological treatment. The risk of suicide attempts or suicides was reduced by 20% among participants who were taking antidepressants.

Before the past decade, nearly all studies of antidepressants looked at outcome at 6 or 8 weeks, according to Insel. But over the past few years, the NIMH has supported several studies that addressed the long-term efficacy of antidepressants in adolescents and older adults.

In older adults, Insel mentioned the 3 trials in which maintenance antidepressant pharmacotherapy was studied over treatment periods of 2 or 3 years.9-11 The studies demonstrated the superiority of tricyclic antidepressant maintenance over placebo in preventing relapse of major depression during the 3 years of follow-up.

Insel added, “There is compelling evidence that antidepressants are effective for both severe depression and certain disabling anxiety disorders, such as OCD and social anxiety. But the medications we have today are not good enough. Too many people do not respond and those who do may require weeks of treatment before they experience benefit. Clearly, we need a new generation of treatments that are rapid, more effective, and safe. And, in the short run, we need to know who will benefit most from current treatments.”

In treating patients who have depression, Bodkin said the “best guide is really the clinical experience of experts” that “is too rarely found in textbooks.”

Targeted review of the research literature also can be helpful. “Clinical trials or small, open-label studies may include in their analysis predictors of positive treatment response or nonresponse, which can be useful in treatment selection,” he said. Occasional studies look at specific symptom response to different medications.

Another strategy, Bodkin suggested, is to look at studies of syndromes related to depression and often co-occurring with depression, such as panic disorder or social anxiety disorder. “If a depressed patient demonstrates symptoms of a related condition, this might suggest a best outcome from an antidepressant that has been shown effective in the related condition, or from a combination of antidepressants or antidepressant and other agents that have been shown effective in a condition with symptoms the patient is experiencing,” he said. “For example, we are currently studying the effects of a stimulant in patients whose depression has partly responded to SSRI or SNRI treatment, but who have persisting lassitude, impairment of concentration, and apathy.”

A further strategy, he added, is to look at the relative efficacy of different classes and medications for depression subtypes, such as melancholic depression or atypical depression.

Insel emphasized that the treatment of depression is an art that requires many tools-from family support, to CBT, to medication.

“We will not save lives by dismissing any of the tools we have today just because they are not effective for everyone,” he said. “But we should not be limited in the future by current treatments."

Angell M. The epidemic of mental illness: Why?

Angell M. The illusions of psychiatry.

Kramer PD. In defense of antidepressants.

Articles in this issue
Custody Disputes
Familial Influences on Adolescent Substance Use
Psychiatric Issues in Children and Adolescents With Diabetes
The Psychiatrist’s Role on the Pediatric Palliative Care Team
Introduction: Child Psychiatry Is Not Only About Children
Modeling Schizophrenia: An In Vitro Model of a Tough Disease
These Are My Tales: A New Series
The Link Between Immune System Dysregulation and Schizophrenia
The Diagnosis
Strategies to Improve Antidepressant Adherence:
Crime in the Military-Madness, Badness, and Survival
The Psychotherapy Groupon: Have I Got a Deal for You!
Antidepressants: Lifesavers-or Active Placebos?
Obesity, Antipsychotics, and Rising Rates of Type 2 Diabetes Mellitus
Related Videos
Related Content