Anxiety disorders occur in 18% to 28% of the US general population during any 12-month period. In anxiety disorder, there is a 33% to 45% 12-month prevalence rate for a comorbid substance use disorder (SUD). 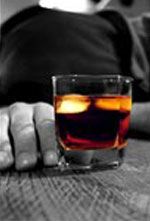 Findings from the National Epidemiologic Survey on Alcohol and Related Conditions suggest that in patients with both GAD and an SUD, the lifetime prevalence of psychiatric comorbidities is higher than in those who have GAD without SUDs.5 The evidence also shows that as the number of comorbidities increases, the quality of life decreases and disability increases.6 The following case illustrates the typical bidirectional interaction of anxiety disorders and substance abuse in teenagers and young adults.

Mitchell is a 22-year-old who seeks treatment for comorbid anxiety and substance abuse. He reports smoking 1 or 2 bowls of marijuana daily, excessive alcohol consumption on weekends, and occasional prescription stimulant medication abuse. He started abusing various substances at age 14-when his parents divorced and he and his mother moved to another state. After the move, he was bullied extensively. He says that his marijuana use decreases his social anxiety.

At age 16, he was caught stealing and was placed on diversion and probation, which helped him stay sober for 2 years. Soon after, however, he resumed marijuana use on a regular basis because he felt that it helped him with his apprehension, timidity, and feelings related to being judged and rejected by peers.

He denies paranoid thoughts but says that the social isolation he experienced created hopelessness about his prospects of dating, which resulted in frequent fantasizing about being lonely in the future. When his anxiety was most severe, it culminated in several cued panic attacks, which he attempted to diminish by using marijuana and alcohol. He also notes trouble sleeping at night because of worries. During his assessment, he is adamant that marijuana “calms his nerves” and is convinced that he cannot function without it. He is hopeless about his future but denies thoughts or plans of suicide.

Mitchell’s case may represent one of the most common pathways to SUDs among those with anxiety. His anxiety predated his substance abuse, and his substance abuse was experienced as a form of coping with his anxiety.7 Findings from epidemiological research indicate that in most cases, anxiety disorders predate SUDs.8 Mitchell’s statements that he uses marijuana to alleviate his anxiety may also be a sign of anxiety sensitivity. Those with high levels of anxiety sensitivity interpret physiological sensations, commonly experienced during an anxiety reaction, as harmful and likely to lead to embarrassment, loss of control, or even death.

Baillie and colleagues9 recently argued that anxiety sensitivity and alcohol expectancies may be important co-targets of an intervention aimed at both traits. This has been supported by initial work with those who abuse crack/cocaine, alcohol, and heroin.10-12 Anxiety sensitivity is thought to be a cognitive vulnerability for developing anxiety disorders and SUDs and appears to confer additional risk for dropping out of treatment.10 Those with high levels of anxiety sensitivity use emotional avoidance strategies in dealing with the symptoms of worry or negative affect and are more likely to abuse substances, thereby reinforcing the avoidance cycle. Those with elevated anxiety sensitivity also report lower quality of life, experience more suicidal thoughts, and use more health care resources.5,13

Implications of comorbidity on treatment

What implications does anxiety comorbidity have on treatment? Schatzberg14 proposed conceptualizing the stages of SUD treatment beginning with an acute phase (first several weeks to months) that includes detoxification if needed, initiation of goals of sobriety, and establishing tasks for treatment of both SUD and anxiety. Psychosocial treatment elements to consider include motivational interviewing to enhance desire to change and initiation of cognitive-behavioral therapy (CBT) to target substance abuse and anxiety.15,16 Ascertaining the functional role that substances play, by way of a functional analysis of internal and external triggers for use, can provide psychotherapeutic targets.15

In the early weeks of the acute phase of treatment, withdrawal anxiety is commonly seen with most drugs of abuse. Clonidine and benzodiazepines are well-established treatments of a constellation of respective opiate and alcohol withdrawal symptoms, including anxiety. Pregabalin substitution for benzodiazepine withdrawal has also been supported by a recent trial.17

The continuation phase (4 to 9 months) and maintenance phase (more than 1 year) of treatment target ongoing sobriety, control of negative consequences of substance abuse, and ongoing treatment of anxiety. Watkins and colleagues18 argue that treating SUDs first, without treating the comorbid anxiety disorder, is short-sighted because SUDs tend to be episodic and recurrent. Chasing after just the SUD without attending to other factors could lead to treatment dropout and relapse.

Medication management for anxiety and substance abuse may also be necessary considerations. Psychotropic medication use may actually help patients with comorbid anxiety embrace and tolerate psychosocial and psychotherapeutic treatments.19 SSRIs are the first-line treatment for most anxiety disorders. Fortunately, there are few contraindications for the use of these agents in the acute or continuation phase of treatment, because they are generally well tolerated and have low abuse potential.

Recent work in animal models suggests a central role of the serotonin system in the onset and maintenance of substance abuse.20 While there have been few clinical trials of SSRIs for treatment of SUDs, early work signals more rapid maintenance of sobriety in marijuana-dependent individuals treated with buspirone.21

Research in animal models relevant to drug cessation also suggest the possibility of adjunctive pharmacotherapy approaches that alter glutamate or γ-aminobutyric acid (GABA) signaling to enhance extinction learning, a treatment also relevant to anxiety disorders.22 While such combined therapy and pharmacological treatments have yet to be studied in humans, medications targeting these transmitter systems are promising as treatments for SUDs.

Because persons with comorbid anxiety have much higher rates of drug and alcohol relapse and treatment nonadherence, we advocate for aggressive concurrent treatment of SUDs and anxiety disorders because each is likely to perpetuate the other.25 By integrating SUD treatment with treatment for anxiety using an SSRI and a brief course of CBT, the long-term risk of relapse may be reduced. However, further studies of the mechanisms underlying the reciprocal relationship between comorbid symptoms and effective interventions are needed. The exact nature of these relationships is unknown for the many permutations of substance use and anxiety disorders (eg, alcohol dependence and panic disorder).

Current expert consensus supports concurrent psychosocial and psychopharmacological treatment of comorbid anxiety and SUDs in adults and adolescents.18 Ideally, this treatment should be delivered within a dedicated “co-occurring,” or “dual diagnosis,” substance use and mental disorder treatment program, by a team of experts that specializes in the treatment of both SUDs and mental illness (Figure). The goal of such targeted care would be improved efficiency in calibration of the frequency and intensity of treatment needed to break the cycle of mutually maintaining symptoms.

Despite recommendations for this intuitive dual treatment model, there is a surprising lack of evidence within the peer-reviewed literature to support simultaneous treatment of SUDs and comorbid psychiatric disorders.9,15,18,26-28 However, treatments designed for reducing psychiatric symptoms have been shown to be efficacious in individuals with SUDs and the corollary is also true-patients with comorbid disorders are helped by traditional treatment for psychiatric disorders.29 We propose that rather than avoiding or abandoning the dual treatment model, more research is needed to find mechanistic links and empirically tested combined treatments for various combinations of anxiety and SUDs.

JanÃ©-Llopis E, Matytsina I. Mental health and alcohol, drugs and tobacco: a review of the comorbidity between mental health disorders and the use of alcohol, tobacco and illicit drugs.

Anxiety and Substance Use Disorders: The Vicious Cycle of Comorbidity.

Schmidt NB, Buckner JD, Keough ME. Anxiety sensitivity as a prospective predictor of alcohol use disorders.

Schatzberg AF. Achieving remission and favorable outcomes in patients with depression/anxiety and substance use disorders.

Bobes J, Rubio G, TerÃ¡n A, et al. Pregabalin for the discontinuation of long-term benzodiazepines use: an assessment of its effectiveness in daily clinical practice.

McRae-Clark AL, Carter RE, Killeen TK, et al. A placebo-controlled trial of buspirone for the treatment of marijuana dependence.

Shinn AK, Greenfield SF. Topiramate in the treatment of substance-related disorders: a critical review of the literature.

Tiet QQ, Mausbach B. Treatments for patients with dual diagnosis: a review.