Treatment of anxiety can be a challenge, since the mainstay of treatment may adversely affect the course of bipolar disorder. 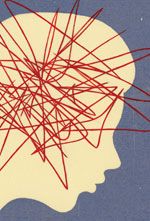 Bipolar disorder is a clinically challenging condition. In addition to the multiple mood states that patients can experience, the illness is frequently associated with multiple comorbid medical and psychiatric conditions. Bipolar disorder can best be understood as a family of related disorders that share core features of mood or affective variation, impulsivity, propensity toward substance abuse, and predisposition to other psychiatric conditions.1 Most patients who have bipolar disorder have a coexisting anxiety disorder.2 These include generalized anxiety disorder (GAD), social phobia, panic disorder, and PTSD.2 Anxiety disorders, by themselves or in combination with a mood disorder, are associated with an increased risk of suicide and psychosocial dysfunction.

A comorbid anxiety disorder in bipolar patients greatly complicates the presentation, the interpretation of symptoms, and the treatment of bipolar disorder, and it negatively alters the prognosis.

Obsessive-compulsive disorder (OCD). In both the ECA study and the more recent National Comorbidity Survey, the incidence of OCD was 10-fold greater in bipolar patients than the general population.2,6 The risk of OCD is greater in family members of bipolar probands, which suggests a familial or genetic association. However, episodic obsessive-compulsive symptoms may simply be a variant of how bipolar disorder is expressed and not a true comorbidity. Either way, the relationship between bipolar disorder and OCD frequently has its origins in childhood and yields a greater burden of anxiety symptoms.

Posttraumatic stress disorder. PTSD may have a special relationship with bipolar disorder because both mania and depression may be perceived as traumatic or because events in the course of the illness may increase the risk of severe traumatic events.7 Consequently, PTSD may be over 6 times more likely to occur in bipolar patients than in the general population.2 The co-occurrence of PTSD with bipolar disorder lowers quality of life, increases rapid cycling and suicide attempts, and reduces the likelihood of remaining well.8

The combined burden of bipolar and anxiety disorders nearly always has a deleterious effect on outcomes.9 Comorbid illness is associated with marked increases in symptom burden that includes greater risk of psychosis, earlier age at onset of psychiatric symptoms, worse treatment response and more treatment resistance, impaired quality of life, increased suicidal ideation and actions, and increased substance abuse.9 Whether the poor prognosis is due to an interaction between the two conditions or to the additive burden is unknown.

Accurate diagnosis of comorbid anxiety disorder and bipolar disorder is important. The cost of care increases when a bipolar patient is treated exclusively for anxiety because of a misdiagnosis. Once a dual diagnosis has been made, effective treatment may be challenging.

Antipsychotics. Second-line pharmacotherapy for anxiety becomes first line in bipolar patients with anxiety disorder. Specifically, studies of atypical antipsychotics such as quetiapine have shown that these agents reduce anxiety in social anxiety disorder and GAD.13 Although the patients recruited for these studies did not have a mood disorder, quetiapine monotherapy (300 to 600 mg/d) significantly reduced anxiety and depressive symptoms in patients with bipolar disorder.14 Quetiapine may be of questionable benefit in patients with PTSD. While open-label, uncontrolled studies support use of this agent for PTSD, there were more early discontinuations with quetiapine than with prazosin and, thus, long-term benefit was lost.15,16

At doses below 4 mg/d, risperidone does not appear to be helpful for the treatment of anxiety symptoms in patients with bipolar disorder.17 Augmentation of mood stabilizer treatment with risperidone was also ineffective.18

Anticonvulsants. There are no randomized controlled trials that examine the use of anticonvulsants for the anxiety component in bipolar patients. However, anticonvulsants appear to have a small effect in reducing anxiety. In a small open-label study, more than 40% of patients with GAD (without mood disturbance) saw at least a 50% improvement in symptoms with valproate.20 Similarly, modest benefit was seen in a group of patients with PTSD who received divalproex in an open-label study.21 Unfortunately, when the effect size is small in open-label studies, it suggests that results of blinded studies are likely to be negative.

Alternative agents. Gabapentin has been shown to be effective for social phobia in a randomized placebo-controlled trial.22 This effect on anxiety is probably what underlies the early reports of gabapentin efficacy in bipolar disorder. The related anticonvulsant, pregabalin, is also useful in social phobia and GAD at higher doses (approximately 600 mg/d).23 These agents have not been studied in bipolar patients with anxiety but are probably safe to use in this patient population.

Benzodiazepines are clearly effective in many different types of anxiety disorders. However, their use is problematic, and these agents must be prescribed cautiously.

Nonpharmacological approaches. Psychotherapy may be the treatment of choice for patients with anxiety disorders in general. For example, CBT is as effective as medications in the acute management of panic disorder. Unlike medications, the effect lasts long after treatment has ended.24 However, there are no randomized controlled trials for psychotherapy in bipolar patients who have comorbid anxiety. Nonetheless, therapies such as CBT and relaxation training may be useful in bipolar patients.25

Anxiety disorders are commonly comorbid with bipolar disorder and are responsible for much of the morbidity associated with this condition. Treatment of anxiety can be a challenge, since the mainstay of treatment-serotonergic antidepressants-may adversely affect the course of bipolar disorder. Although other agents are available, there is a dearth of information on the outcomes of anxiety treatment for bipolar patients.

Clinicians generally must apply the results of studies performed in patients who have anxiety disorders without mood disturbance to their bipolar patients. This is a reasonable practice, although it is far from ideal. The field needs more high-quality research studies to define the best practice options in treating patients with comorbid anxiety and bipolar disorders.