Artists and Psychiatrists-or the “Art” of Psychiatry

Art theory from the 20th century onward-despite the latter day efforts at denial-was nearly indistinguishable from psychoanalytic theory, and it parallels the philosophical struggles and pains that continue to plague psychiatry. 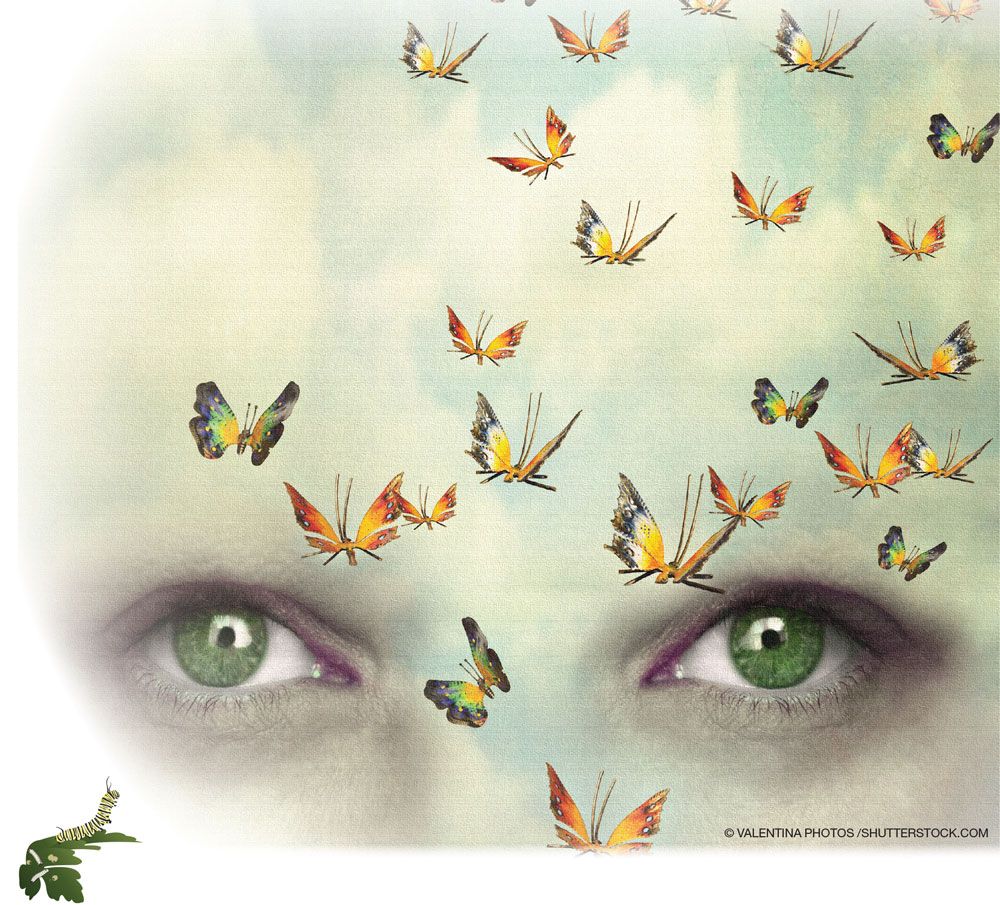 In 1968, Syd Barrett, original front man for the British psychedelic band Pink Floyd, was evaluated by then famed London psychiatrist R.D. Laing after it could no longer be ignored that the 22-year-old singer and guitarist had suffered a psychotic break. Perhaps not ironically, Laing, who enthusiastically promoted the widespread use of psycho-pharmacology, ie, psychedelics, at a time of psychoanalytic dominance, was branded an “anti-psychiatrist.” A published, if mediocre, poet, he agreed with the contemporaneous American anti-psychiatrist-cum-scientologist, Dr. Thomas Szasz, that mental illness is nothing but a “metaphor,” calling schizophrenia “a theory, not a fact.”1

Laing not only supported the use of, but preached the therapeutic thaumaturgy of hallucinogenic substances, and went on to create the Philadelphia Association at Kingsley Hall. Still in existence, at the time this was an (in)famous, and expensive, residential program for schizophrenics and self-proclaimed “mad artists” of financial means, in which their “creativity” was fostered, their condition was considered beyond the veil of reality, and they were to mingle, and live with-and at times encouraged to sleep with-the staff.

Thus was created a several-years long, unwittingly hyper-real performance piece, an orgiastic re-creation of the “id,” or at least Laing’s version. And so it was that the daily inebriated Laing, years before his medical license was finally revoked, and who doubtless was more impaired than most of his patients, declared Mr. Barrett “incurable.”2

Art theory from the 20th century onward-despite the latter-day efforts at denial-was nearly indistinguishable from psychoanalytic theory. And its own attempts to prove itself right, wrong, or, as in the latter half of the century, nonexistent, parallel the philosophical struggles and pains that continue to plague psychiatry.

On a foundational level, art and psychiatry concern themselves with the portrayal of reality. Artists and patients engage in the suggestion of new realities, of the possibility of different, or variant (deviant?) realities, even in the prospect of no reality. Both struggle with language and its place, its limitations, and therefore engage the world via visually symbolic representation, via phenomenology, via quasinarrative.

The psychiatrist and the artist both, despite-or maybe because of-the non-randomized mountains of media evidence, must rely on theory as justification. What weds the 2, for better or for worse, in the 21st century is their common enmeshment with Madison Avenue and Hollywood. They have, in fact, become-to borrow art theorist Victor Burgin’s term-the very “environment” they were meant merely to represent.

In the 21st century, the “shrink” and the postmodern artist strive for the maintenance of the status quo. Their livelihoods depend on it. They have become meaningful instruments of the mega-complexes, the informatics industries. Neo-capitalism depends on the perpetual outpouring of imagery-the creation of visual clutter-which, in its own way, has made both the artist and the “shrink” valued employees. Mental illness, despite the billions of dollars aimed at proving otherwise is, at its core, a social disease, an inability to tolerate the status quo. The psychiatrist, and more so the ongoing psycho-babble of television and print media, is charged with maintaining the balance between enough and too much distraction.

And like art theory, psychosocial theory has become hamstrung by its own environment. If a clinician were to suggest, for example, that the rise in autism coincides remarkably with certain historico-societal developments, this would be construed by the academic super-ego as intolerable, and scientific research into such a theory would be, if not legally, then socio-morally banned. Likewise, if the art theorist were to suggest, for example, that decadent art correlates with some inherent defect in the artist, this would be construed as a value judgment.

This fervidly neo-moralistic pseudo-Enlightenment is what ultimately destroyed the promising field of family research in the 1970s and 1980s. Psychiatrists, products of their times, that is, their Foucaultian “epistemes,” adapt to trends as much as any artist. Witness the historico-clinical course of homosexuality through DSM iterations-now gender dysphoria.

Egophobia, or fear of the first-person narrative, the self-portrait

“Are you some kind of postmodern fascist?” one might query the author at this point. This is a question I sometimes pose to my own neurotic self in a quasi-rhetorical vein. The transformation from human to physician to psychiatrist is indeed at times grotesque. Probably not unlike the transformation from human to artist. I confess to a stint in grad school, implicating myself as a failed critical theorist, and so I might well justify, if not logically argue, a new faith in the oligarchical corporate psychopathy that has become the dominant discourse of the past several decades.

But I find it generally difficult to identify as fascist. I am a physician . . . sort of. More than that, I am a specialist . . . sort of. And thanks to my previous corporate sponsor, I am also now an ber-specialist: a shrink, like Lacan and Guattari, like Szasz and Laing-like Freud. Physicians-cum-social theorists, and all apologies to Dr. Gawande, but this is no dim-witted checklist manifesto for mechanics in an operating room. Psychiatrists, more than any other physician, walk-often trip over-the fine line between medicine and philosophy, between religion and philosophy, between humanism and anti-humanism. When a surgeon makes a mistake, there is a lawsuit, a payout, and the world rolls on. When a psychiatrist makes a mistake, there are potential mass media implications.

In other words, by virtue of watching movies and television, by engaging in social media, everyone knows “a little bit” about art; everyone knows “a little bit” about psychiatry. The experience of art then, not unlike the therapeutic alliance, is arguably, as critic Roland Barthes has argued, a fetish, a means of creating symbolic union with its subject.3 By this theory, the artist, the therapist, really is nothing more than a pornographer, attempting to create a slippery pleasure within his or her audience, a means to “keep ’em coming back.”

Does this, or will this, lead in some way to the de-concealment of the elusive creativity gene? Perhaps, if art is so premised. A more meaningfully human question might be: why would one pursue the creation of fetish as reality in any case? The likely answer was first articulated by Kierkegaard, when he also bravely assumed the first person and expressed his all-consuming fear: that, as an otherwise thoroughly unremarkable human being, “I” may so abstract “myself” from reality as to hardly know “I” exist at all. Until, that is, “I” wake up dead.4 Thus was born the existential crisis-the modern narcissist.

There has been a defensive assumption, mostly among artists with mental disorders, their families, and those who adore them, that creativity and psychopathology go hand-in-hand. Available clinical research, however has yet to find any meaningful connection between the 2. (There may be higher rates of mental illness among artists, but the percentage of mentally ill without any significant creativity is overwhelmingly greater.) From a psychopathological perspective what likely defines the artist is less an acute mental disorder than a more extreme, and chronic, character pathology or, narcissism.

I suggest that this neo-narcissism be redefined as a variant of autism. Narcissus, in Ovid’s version of Narcissus and Echo, makes it clear that he has no interest whatsoever in Echo, not for lack of romantic interest in her, per se, but for lack of romantic interest at all, ie, autistic.5 He is later punished for spurning Echo’s advances. Her self-appointed avenger is a forerunner of the modern crusading do-gooder, in this case the proto-feminist Nemesis, who on behalf of all who have been spurned, curses the otherwise innocent young man with a sudden smitten preoccupation with himself.

There are 2 well-known portraits of the fictional Narcissus. First, there is Caravaggio’s near-photographic portrayal of Narcissus, a snapshot of a young man quite taken with his own water-reflected image. An interesting contrast in technique is the Hungarian artist Gyula BenczÃºr’s early 20th century pre-hyperrealistic version, which perhaps better captures a young man in the very throes of self-love, a naked Narcissus, eyes closed, dancing, lower half cloaked in shadow. Both examples emphasize the complete and utter self-absorption of Narcissus. These are idealized self-portraits-pre-modern selfies.

Freud coined the terms “narcissistic blow,” “scar,” and “injury” to describe the overwhelming sense of loss when faced with shame in those prone to self-absorption. Kohut later coined the term “narcissistic rage” in describing the fury that often follows a narcissistic injury, a fury that may, at its extreme, find outlet against the self (suicide) or others (homicide). Less dramatically, and more frequently, it emerges as verbal and/or physical aggression toward others, or perhaps, taken out on the rest of us, as creativity.

Dr. Martin is a Pediatric and Adult Consultation-liaison Psychiatrist at the Newton-Wellesley Hospital in Newton, MA, and a Clinical Assistant Professor of Psychiatry at Tufts University School of Medicine in Boston, MA. He reports no conflicts of interest concerning the subject matter of this article.