From Boxes to Baskets

Refractory psychiatric illnesses are no different from complicated infectious diseases in that they both require multiple concurrent medications and treatment modalities. 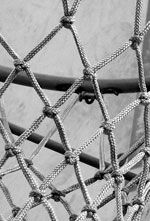 As a brand-new psychiatrist for patients with first-episode schizophrenia, I had hoped to keep my previous career as a semi-pro basketball player in my back pocket as a secret weapon. I recall watching my patients become stabilized with antipsychotics as their positive psychotic symptoms slowly disappeared. But despite the victorious absence of thought broadcasting and command auditory hallucinations with our first-line treatments, I was dismayed to see how many of these young individuals remained incapacitated to varying degrees by psychotic negativism and cognitive impairments.

In many patients with schizophrenia, antipsychotic treatment leads to only mild to moderate improvement in negative and cognitive symptom domains.1 Persistent psychotic negativism and cognitive deficits have been correlated with poorer outcomes in this patient population.2,3 Luckily, we had other tools in our arsenal besides our trusty D2-blockers. Our program used cognitive enhancement therapy-an evidence-based, nonpharmacological treatment of these symptom domains involving computerized cognitive training and individualized social cognitive programming.4 Our patients also participated in a MacFarlane-style psychosocial multifamily group to help them connect with each other through cooperative problem solving.5 There was also a National Alliance on Mental Illness Family-to-Family group to engage and support our patients’ primary caregivers in the treatment process.6

And still many of our patients remained paralyzed by their illnesses, spending most of their days at our program staring at the wall in front of them. With the blessing of our medical director, I started taking 3 young men with first-episode schizophrenia to a local basketball court on Tuesday afternoons. The first week was loaded with missed passes, mostly because all 3 men made no eye contact. On the way back from the court, I tried to engage these previously unengageable patients by discussing Larry Bird and other basketball legends. I was shocked when one patient told me, “I’ve always admired Magic Johnson for the work he does in AIDS advocacy.” These 13 words were the most I’d ever heard him speak.

The following week held another pleasant surprise when all 3 patients arrived at my office door holding the basketball to tell me they were ready. It would be ludicrous to call my basketball group a silver bullet-this was no new penicillin. But it was a serendipitous, Alexander Fleming–type experience, watching as my random idea to take 3 patients out to play basketball hatched into an established group therapy session in less than a month. Our walks to the court were characterized by ageappropriate trash-talking, interspersed with psychopharmacology check-ins. The group was its largest one day when a social work intern joined and we had a half-court game with 6 patients that only ended after the sun set and it was too dark to play. All of the regular participants became more interpersonally engaged, and 2 patients began to stick around together to shoot hoops after the group session had ended.

Refractory psychiatric illnesses are no different from complicated infectious diseases in that they both require multiple concurrent medications and treatment modalities. And while group basketball therapy wasn’t penicillin, it was a solid complementary intervention, perhaps more like the third antiretroviral agent in the treatment regimen of a patient with HIV infection. So while there is no evidence base for this novel treatment-group basketball therapy-the cost-benefit analysis proved extraordinary. The patients who participated had positive social interactions with their peers, strengthened the therapeutic alliance with their treating psychiatrist, and engaged in regular exercise-something with proven benefit in patients with schizophrenia.7 In fact, the only “con” of this intervention was a twisted ankle suffered by the administering physician (me).

In reflecting on this experience, I recall a time when I had the privilege of meeting with a nationally renowned psychopharmacologist who-following a long discussion on the future of antipsychotics-told me: “We need to think outside the box, not because the box is broken, but because we need more than just boxes to treat patients.” Neither he nor I predict that new antipsychotics that tweak the 5HT-7 receptor will become the knights-in-shiningarmor of schizophrenia treatment. Rather, it is clear that the complete and efficacious treatment of this complicated illness will be found in using multiple modalities, including psychopharmacology, cognitive enhancement therapies, family engagement, and perhaps one day-if someone publishes a randomized placebo-controlled study-group basketball therapy.

Articles in this issue
Psychiatric Advance Directives: What Psychiatrists Need to Know Now
Understanding the Neurobiological Basis of Drug Abuse: Comorbidity in Schizophrenia
Mass Shootings: Research and Lessons
Panic Attacks and Suicide
From Boxes to Baskets
Ape With the Bone
Related Content