According to the CDC's latest published report, there were 38,364 suicides in the US in 2010-an average of 105 each day. Globally, an estimated 1 million suicides occur annually. 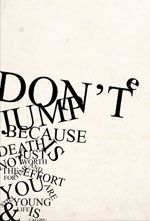 The fear of dying during a panic attack is an independent risk factor for subsequent suicide attempts among individuals with depressive disorders, psychiatrists Zimri Yaseen, MD, Igor Galynker, MD, PhD, and colleagues conclude in their recently published prospective study.1 This finding, they assert, may help clinicians assess suicide risk and ultimately prevent suicides.

“Suicide is an epidemic. Rates are rising despite medications. And we are really pitiful at predicting suicide in a specific person,” said Galynker, Professor of Clinical Psychiatry at Albert Einstein College of Medicine in New York and Associate Chairman of Psychiatry at Beth Israel Medical Center.

According to the CDC’s latest published report, there were 38,364 suicides in the US in 2010-an average of 105 each day. Globally, an estimated 1 million suicides occur annually.

“We know a fair amount about who is more likely than average to commit suicide,” said Yaseen, who is with the Department of Psychiatry and Behavioral Sciences at Beth Israel Medical Center. “But we cannot predict the acute event. So we need to better understand the acute state that might trigger suicide. We think that in many cases the acute state might be a panic-like state.”

Even the most planned suicidal act is an urge and an effect of emotional action as opposed to a thought and rational action, Galynker said. When people feel like they are trapped and that no options exist, he said, they start panicking and as a result develop distorted cognitions and impaired judgment, which leads to the suicidal act.

Both ruminative flooding and frantic hopelessness are integral to the positive-feedback model of suicide described in the published article, said Galynker. Individuals are flooded with thoughts they cannot control, usually regarding some negative events in their life about which they feel guilty. The ruminative flooding is coupled with an acute frantic hopelessness, in which not only is there a fatalistic conviction that life cannot improve but also an oppressive sense of entrapment and imminent doom.

The article, Yaseen said, also included an expanded version of the positive-feedback model of suicide that explored an attachment-informed psychiatric understanding of the linkage between panic and depression. The expanded model proposes that panic and depression are connected by a negative view of the self; conditions of psychosocial stress elicit a separation distress response in the form of panic; and negative cognitions about the self result in simultaneous fear of and self-imposition of punishment, which feed the positive-feedback cycle of the panic attack.

A large and growing body of evidence links panic and suicide. “Bolton2,3 and Sareen4 in Canada have done excellent epidemiological work on panic and other anxiety disorders in relation to the risk for suicide,” said Yaseen. “Separately, Hendin5 and Fawcett6 have done some great studies on the acute suicidal state. In Austria, Deisenhammer7 has been doing really meticulous work on suicide.”

The recent study authored by Yaseen, Galynker, and others builds on the authors’ retrospective study of panic attacks and panic symptoms as they related to lifetime suicidal ideation and attempts. Published in 2011, that study involved 2679 community-dwelling individuals who had experienced major depressive episodes and who were participants in the National Epidemiologic Survey on Alcohol and Related Conditions (NESARC).8

The 2011 study found that past-year history of panic attacks was significantly associated with a lifetime history of suicidal ideation, suicide attempts, and suicide attempts among ideators, even after controlling for sociodemographic and comorbid clinical variables.

The authors speculated that those catastrophic cognitions activated suicidal ideation and interacted with high limbic activation (the flight-or-fight response) to lead to suicide attempts.

In their recent prospective study, Yaseen and colleagues1 examined the relationship between panic attacks, panic symptoms, and suicidality in individuals who met DSM-IV criteria for past-year major depressive episodes. They looked at NESARC data from 2001-2002 (wave 1) and NESARC data from 2004-2005 (wave 2).

Analyzing data on 2864 participants in the survey’s wave 1 and 2 who had depressive disorders, the authors found that past-year panic attacks in wave 1 significantly increased the odds for subsequent suicide ideation and attempt in the 3-year follow-up interval.

In their article, Yaseen and colleagues noted that more than half of persons suffering from a psychiatric disorder seek medical care in the month before making a suicide attempt.9 Of those, only 5% report thoughts of suicide at the time.9

“Identifying characteristic symptoms that are strongly associated with future suicide attempts would have clinical utility,” they wrote.

Yaseen recommends that patients who present to emergency departments with panic symptoms be screened for a mood disorder and suicidality and referred to appropriate psychiatric or psychological help if warranted.

“It is not enough to just reassure them that they were having a panic attack and not a heart attack,” he said. Conversely, “if someone is being treated for major depression or bipolar disorder, even if the patient is not reporting active suicidal ideation, we think it is important for clinicians to ask about panic attacks and pay particular attention to what panic symptoms the patient has, because those symptoms can be a significant warning sign that trouble is brewing.”

Yaseen added that he, Galynker, and others recently authored an open access article about the use in a psychiatric emergency room of a revised version of the Suicide Trigger Scale (STS-3), a 42-item scale designed to measure a panic-like psychopathological state.10 Galynker uses the scale in his clinical practice but also questions patients about their panic symptoms and asks them what the panic feels like. If it is associated with the fear of death, he said, then the patient is “more likely to commit suicide, because death is already in their consciousness.”

Galynker said he considers hospitalizing depressed patients who have made a previous suicide attempt or are experiencing a crisis and are expressing a fear of death.

“On the other hand, if someone has panic attacks and has had depression in the past, but their life is stable at the moment . . . I explain to them that suicidal urges may happen to them,” he said.

He describes what that urge might feel like and asks them to contact him or a psychiatric emergency department if it occurs. He explains that however horrible they feel at the time, the panic attack is going to go away and they are going to be feeling better.

Galynker is excited about the promise of this “new line of research.” In his career, he has seen some 25,000 patients, 7 of whom have killed themselves.

“A patient suicide is a very traumatic event for a psychiatrist. I remember vividly my last directions to these patients. Like nearly every psychiatrist, I questioned whether there was anything I could have identified or done differently,” he said.

Those experiences coupled with a desire to know what happens in a person’s mind before he or she actually commits suicide, he said, propelled him into this research.

7. Deisenhammer EA, Ing CM, Strauss R, et al. The duration of the suicidal process: how much time is left for intervention between consideration and accomplishment of a suicide attempt? J Clin Psychiatry. 2009;70:19-24.